November 06, 2014
I've already gushed about laser tag a bit but I wanted to gush a little more. You can skip ahead, don't worry, I won't be mad.

Laser tag is a great game because it gets people together and moving. I love a good boardgames because they also bring people together, face to face, but when it's a warm dry night and the moon is bright I would much rather be stalking my friends with a laser tag gun.

Years ago some friends and I would meet downtown to play capture the flag on a couple city blocks. We divvied up teams, wore colored bandanas and hid another bandana one our block. Anyone tagged on our block was sent back to their side to scheme all over again. We chatted with our enemies on the neutral territory dividing the blocks and sprinted after them when they crossed the curb threshold.

Now I want to combine these two. Not only that, but I want other people to have a set of instructions they can follow to build their own laser tag guns to play in a moonlit forest, a cornfield with flashlights, or a deserted barn. And I want to make it so the parts are easily accessible and easy to assemble. And in many cases the parts are interchangeable with "close enough" parts. I plan to use heavy 6V lead acid batteries but not because these devices are power hungry but just to give them some weight. Actually, a 9V battery from a smoke alarm is plenty powerful to run for an entire night.

A 5V Arduino Mini Pro clone was taken from stocked parts to operate the vest portion of the project. Since the receivers and some of other components have already been programmed and proven on a 5V system it made sense to use a 5V controller. The final I/O list was used as a reference. Three of the pins go externally and RJ11 was decided upon for each since it can easily be purchased as a coiled cable and is readily available in keystone components. 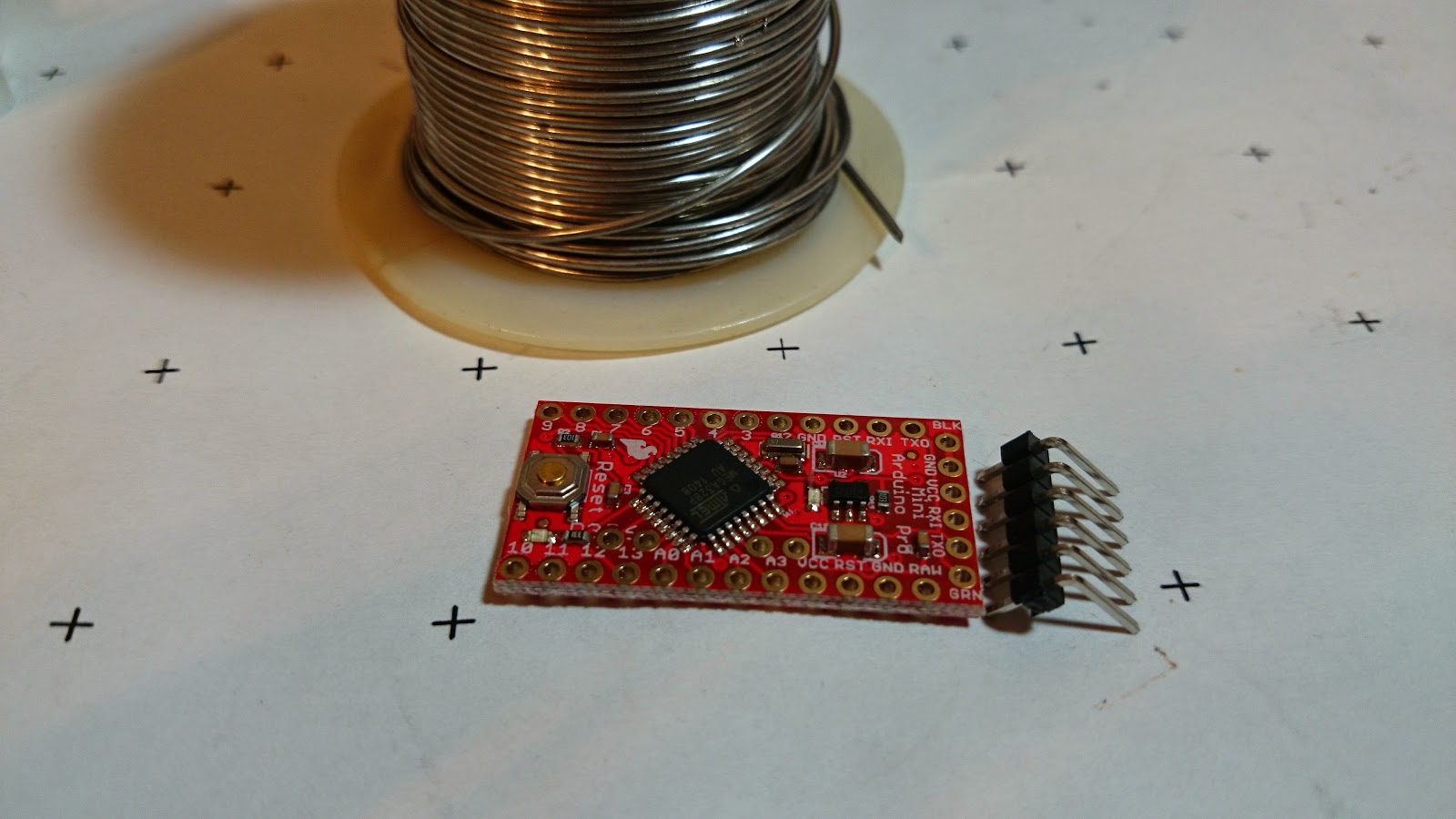 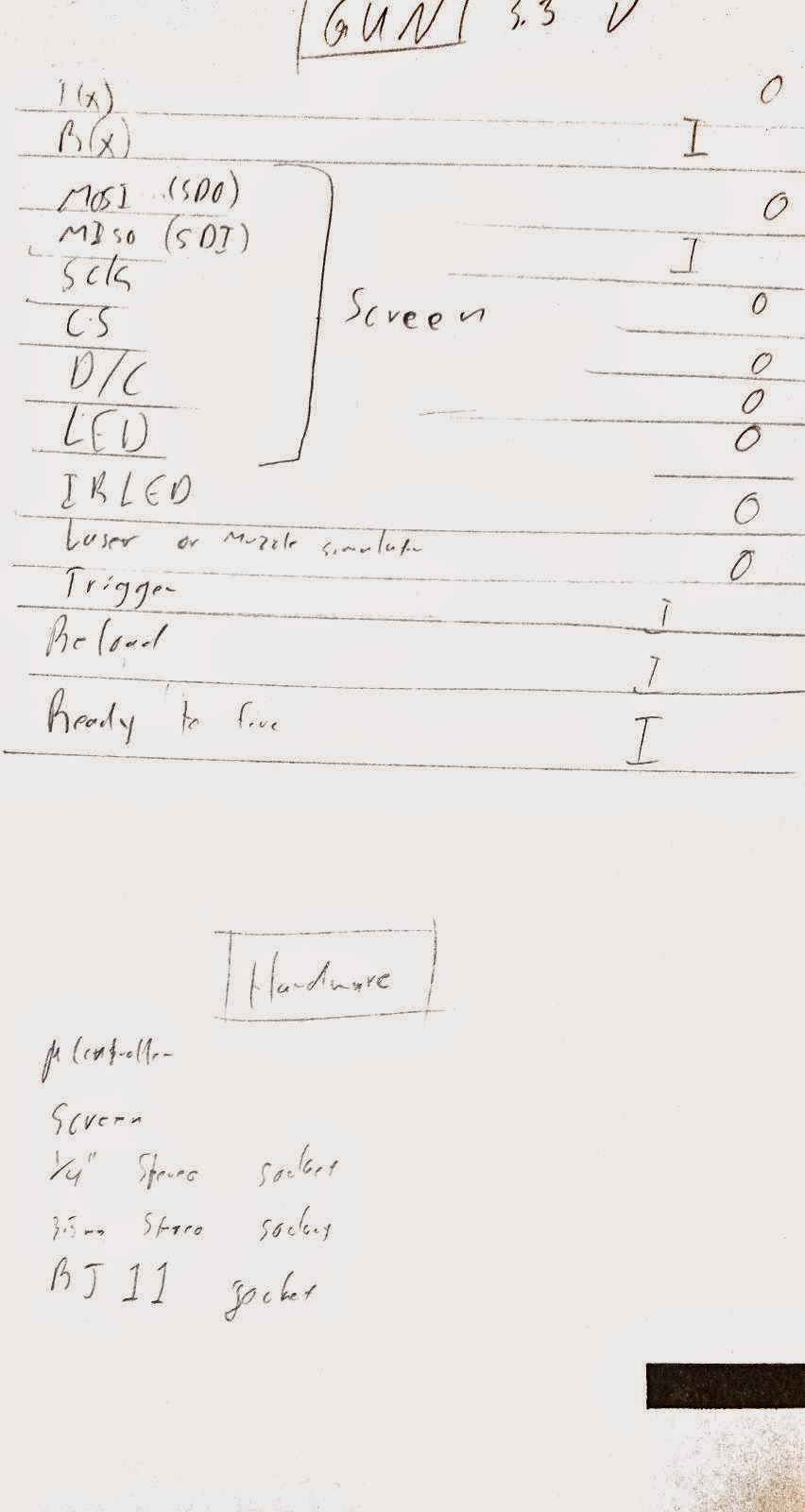 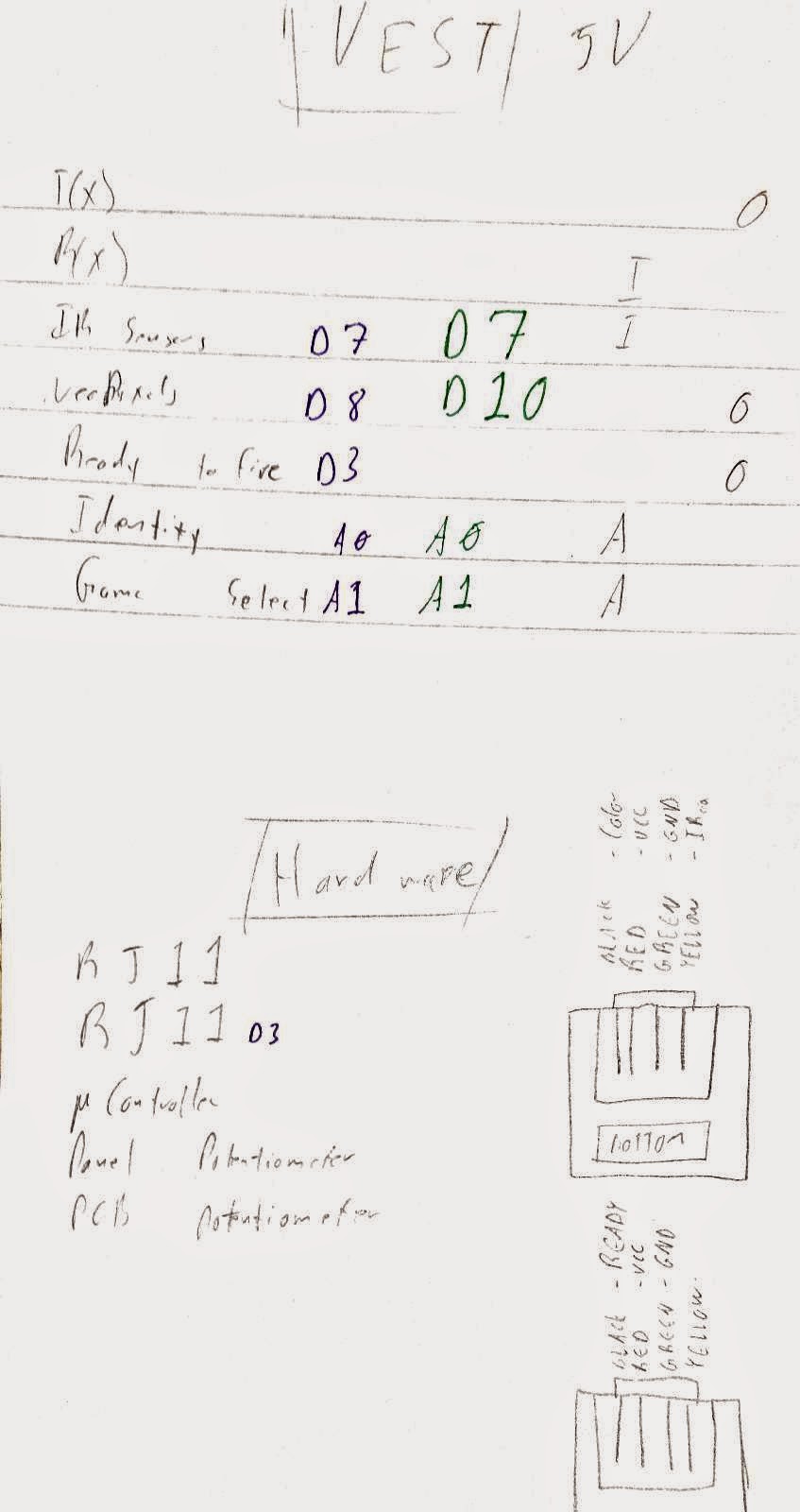 The connections for the IR sensors were wired first. The color code for the wires was copied from the sensors already built. Scrap phone wire was used to solder from the controller to an RJ11 keystone component. The power were were let long to reach the location of a future RJ11 keystone component. Only the ground wire should have been left long since the sensors require a regulated 5V signal which should have been terminated on the RJ11 terminal. 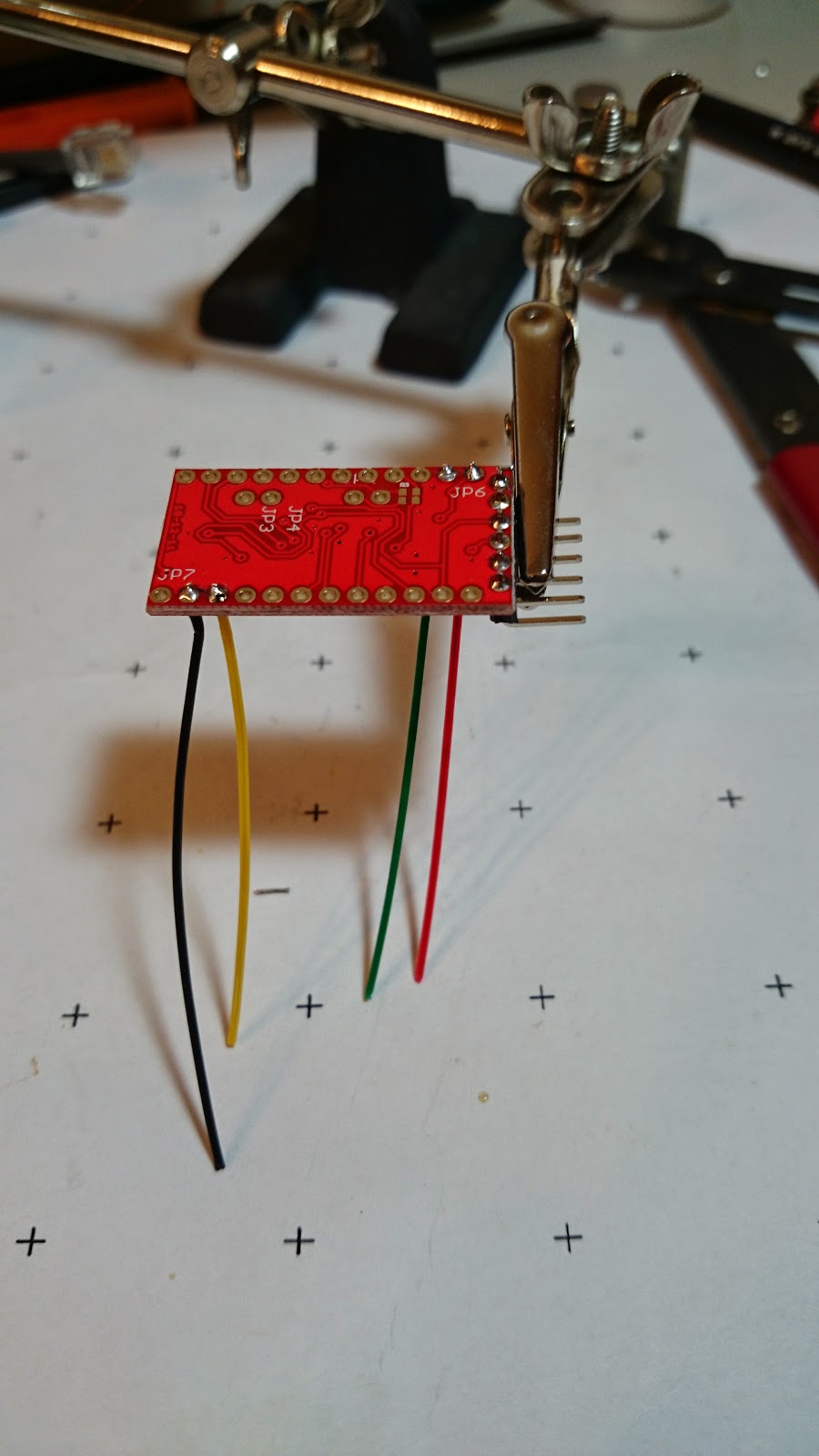 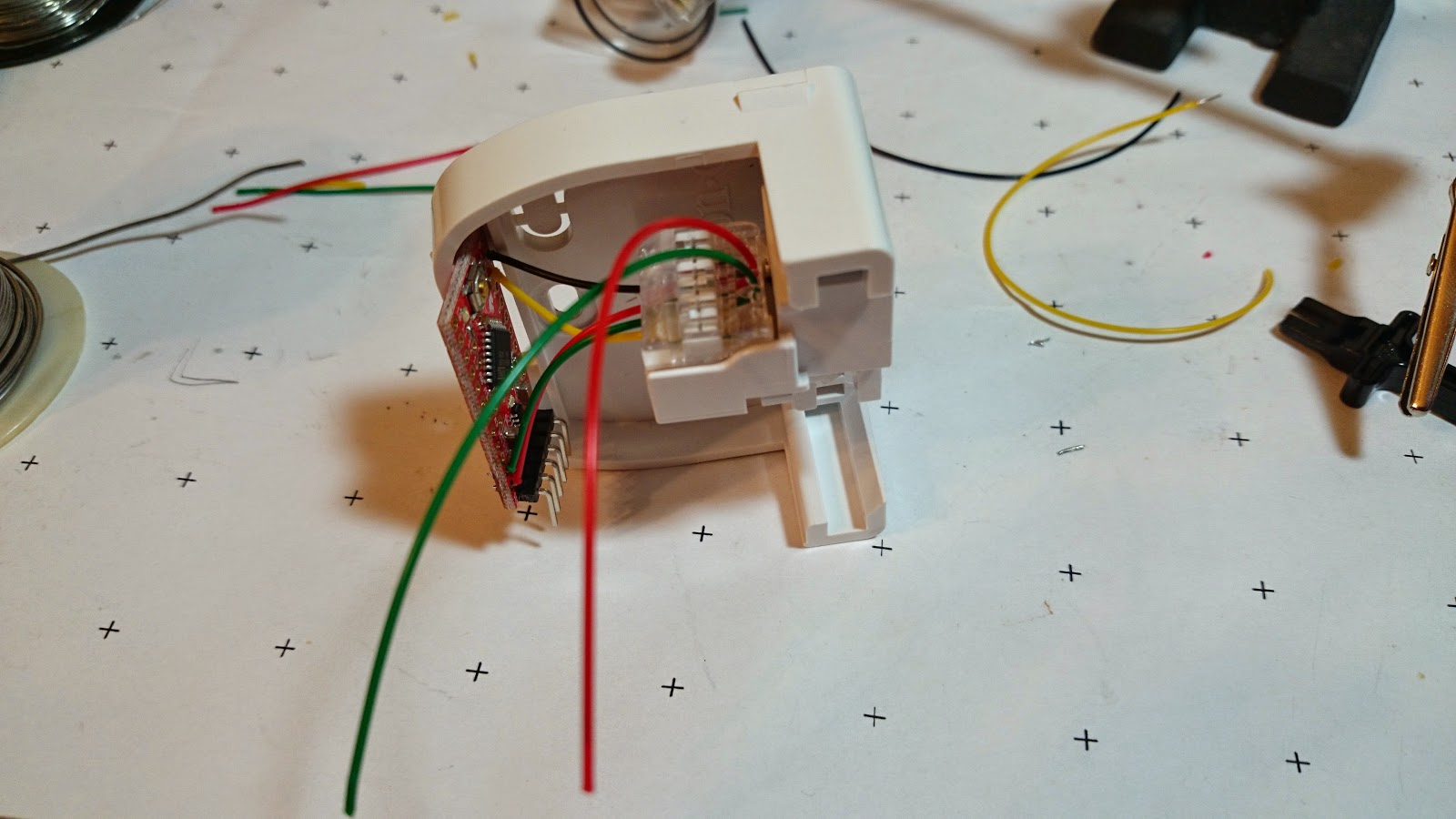 The same program will be loaded on each players' units so to give them unique identities each tagger used a small potentiometer to act as an identity switch. Any tagger can be set to 1 of 26 identities. This value will only be checked at startup so it cannot change during a game. 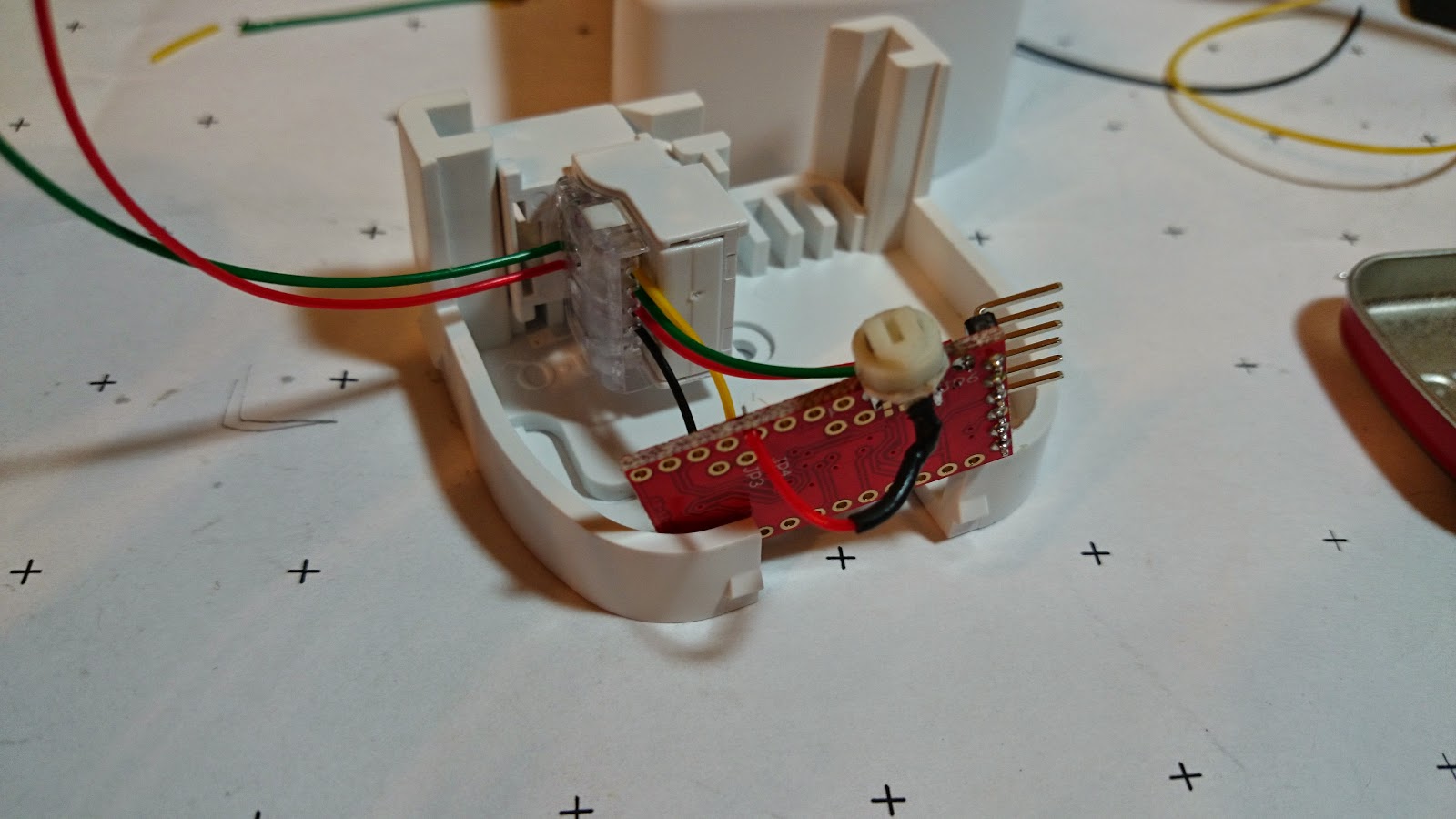 Potentiometer wired to ground, Vcc, and A0

A power switch was soldered at the positive power wire and a lead was soldered to the other terminal which will go to a power plug. The plug will deliver power from a large 6V lead acid rechargeable battery. The switch power plug should be removed to avoid confusion from accidentally removing power during a game. Power can be removed by disconnecting the battery with a screwdriver. A 2 position terminal strip should be installed for a secure mounting place for the power terminals. 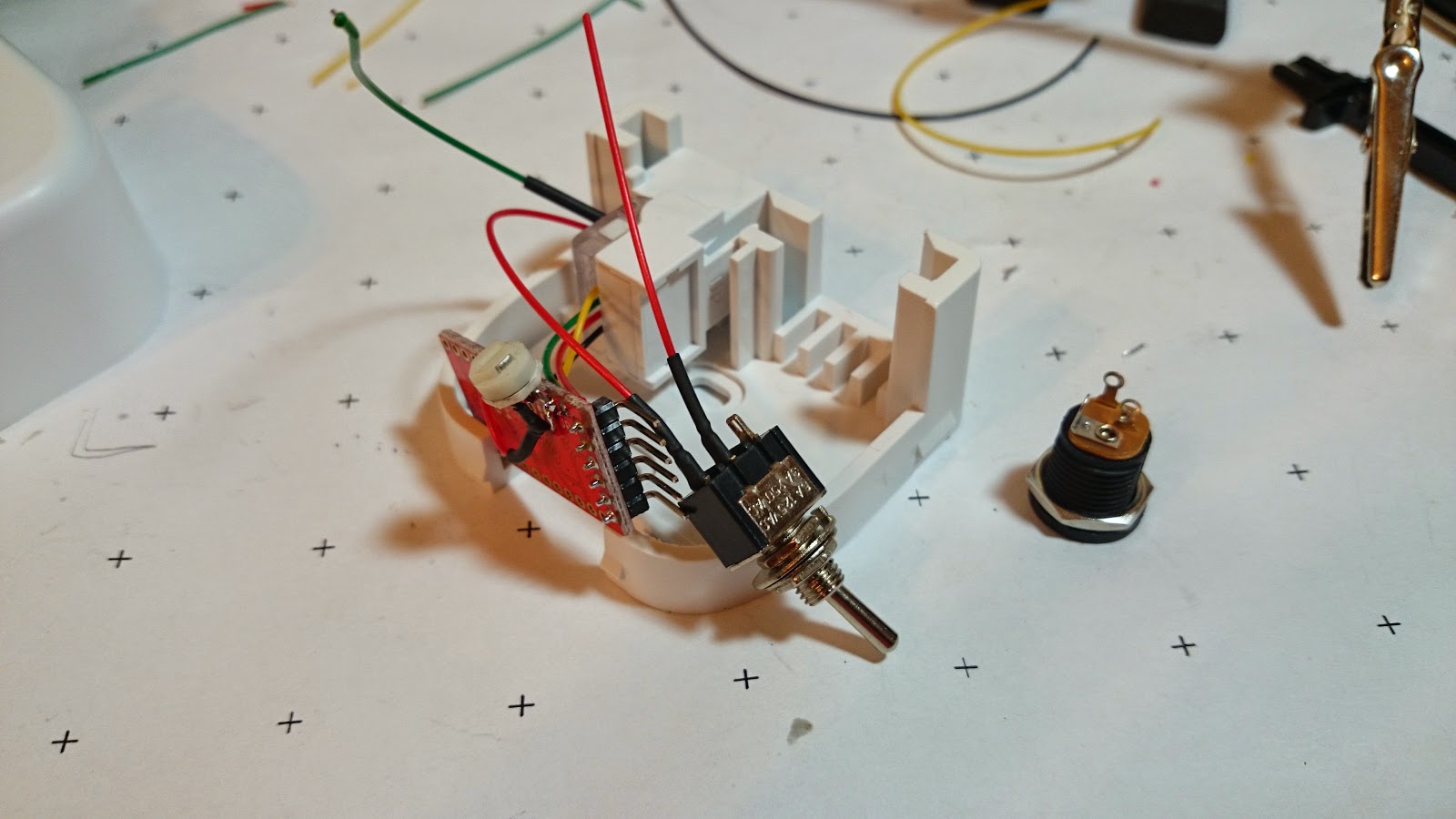 Wiring, much of which will be changed 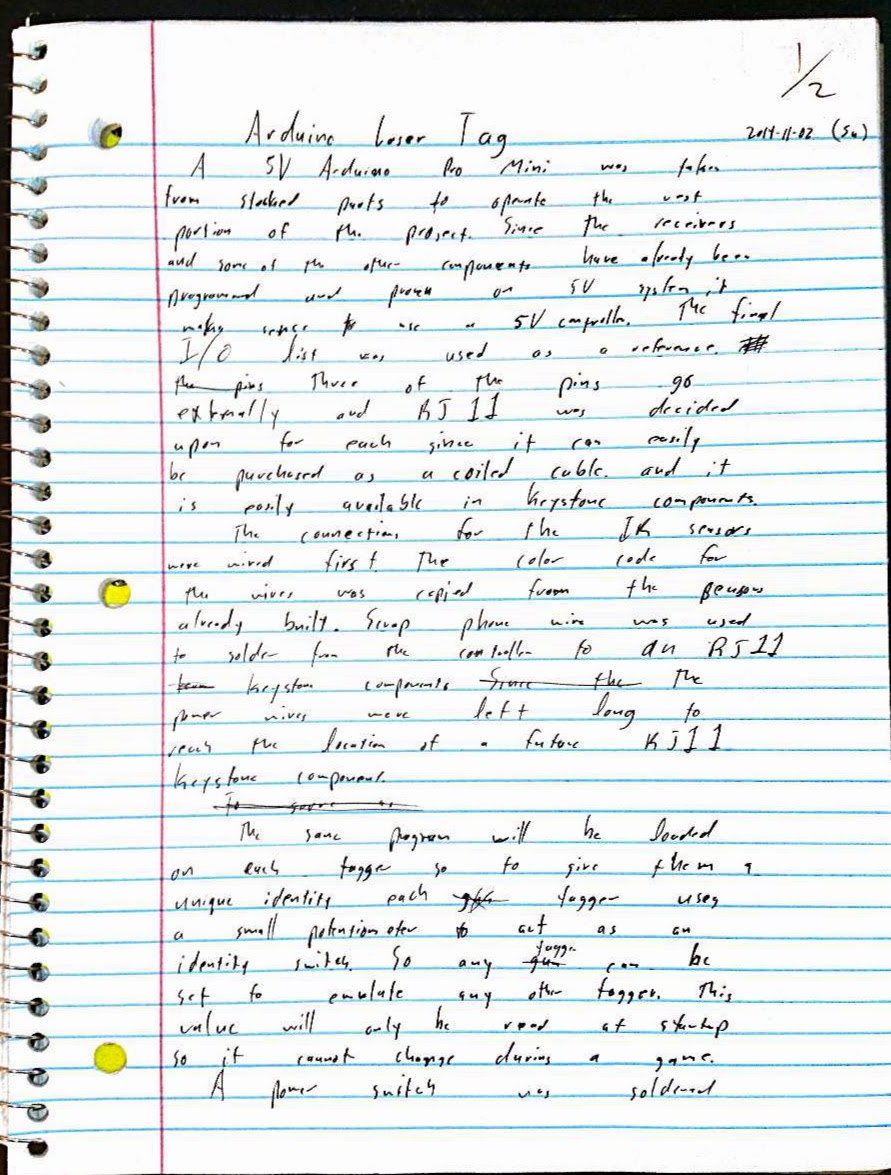 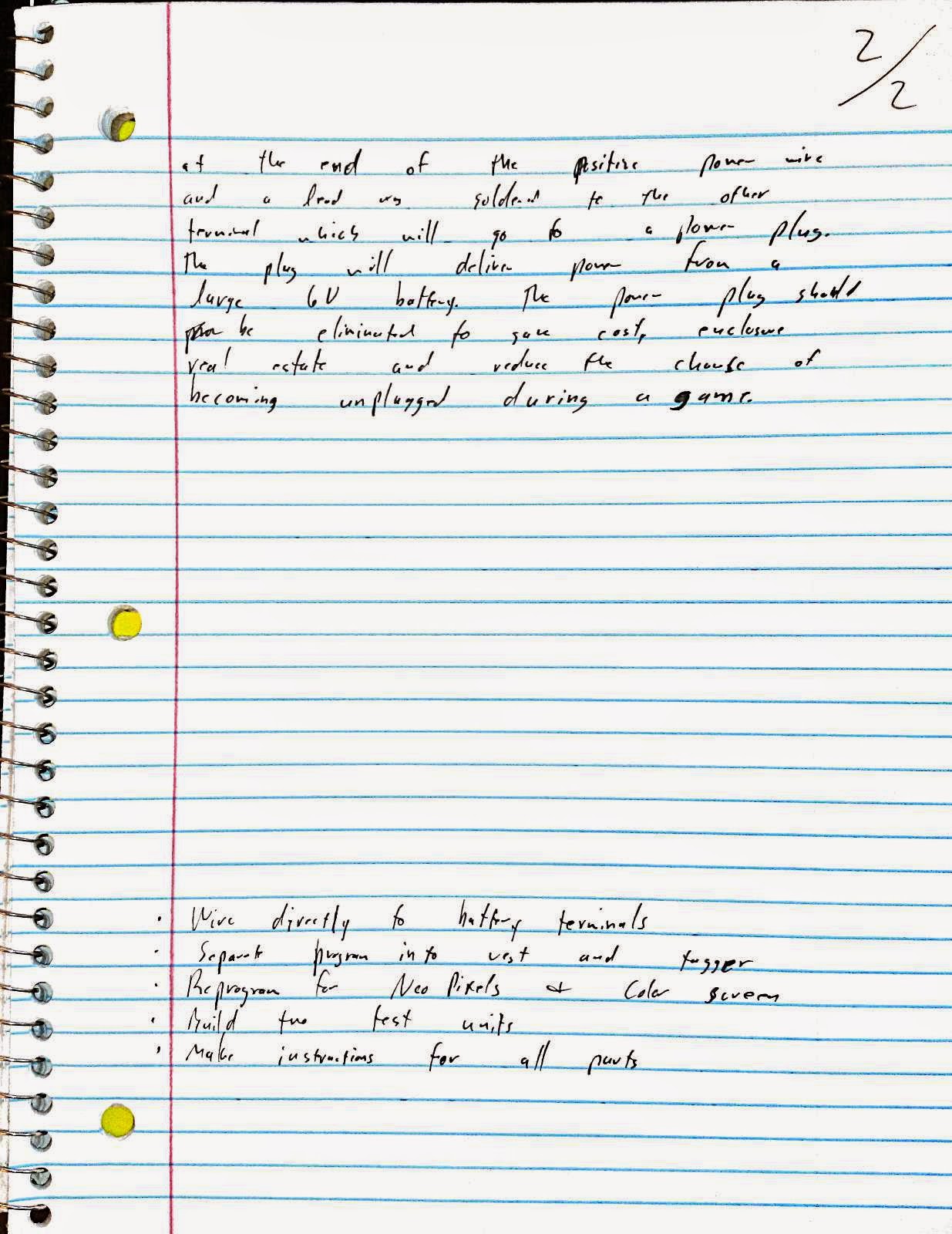