November 21, 2014
A quick reminder to check out VU by Vilucid, the KickStarter for some wearable technology which my friend has invented.

A second vest unit was assembled with a 5V Arduino Pro Mini. Instead of stripping two lengths of four-conductor telephone wire a single length of eight-conductor wire was stripped of its sheath. The color code of the schematic was not changed since the colors corresponded to the RJ11 sockets. 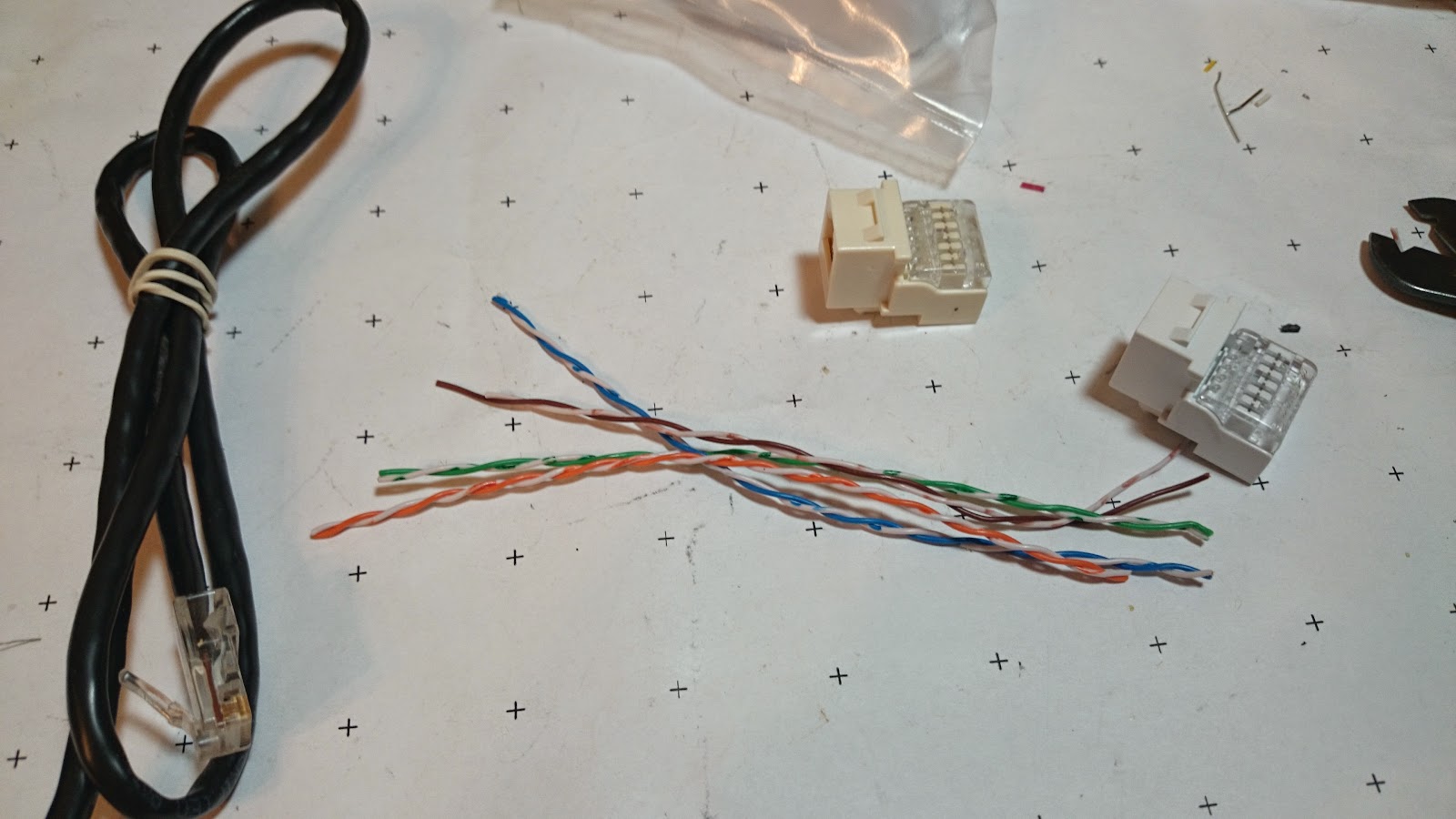 A problem with the first attempt was the sire insulation which was not pierced by the blades of the RJ11 keystone socket. The wires from the eight-conductor cable were pierced every time they were checked. A potentiometer was added as the identity setter by bending the leads around and soldering to the surface of the of Arduino. Power wires were added. The ends were stripped and tinned then terminated on a two-position terminal strip. 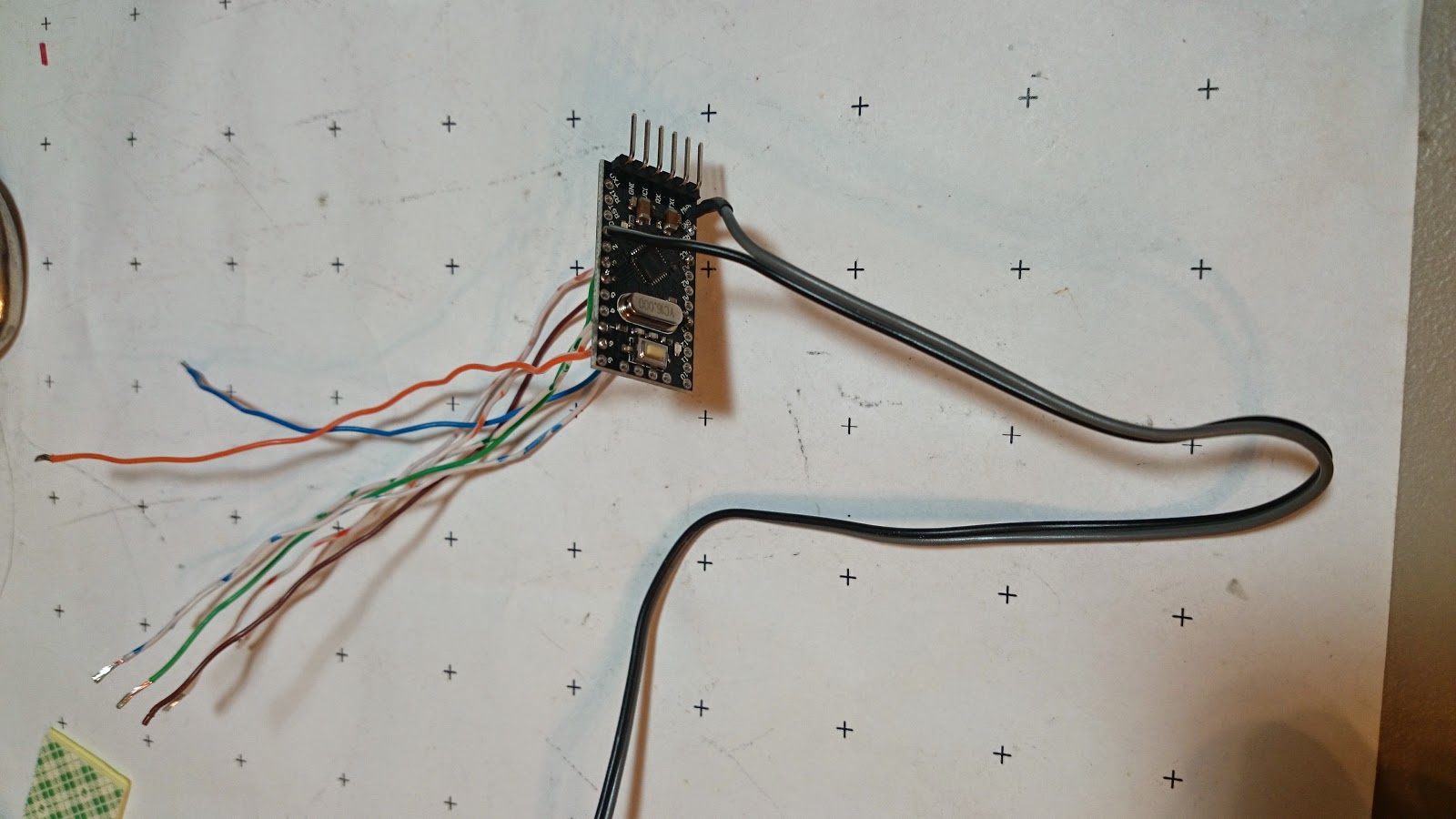 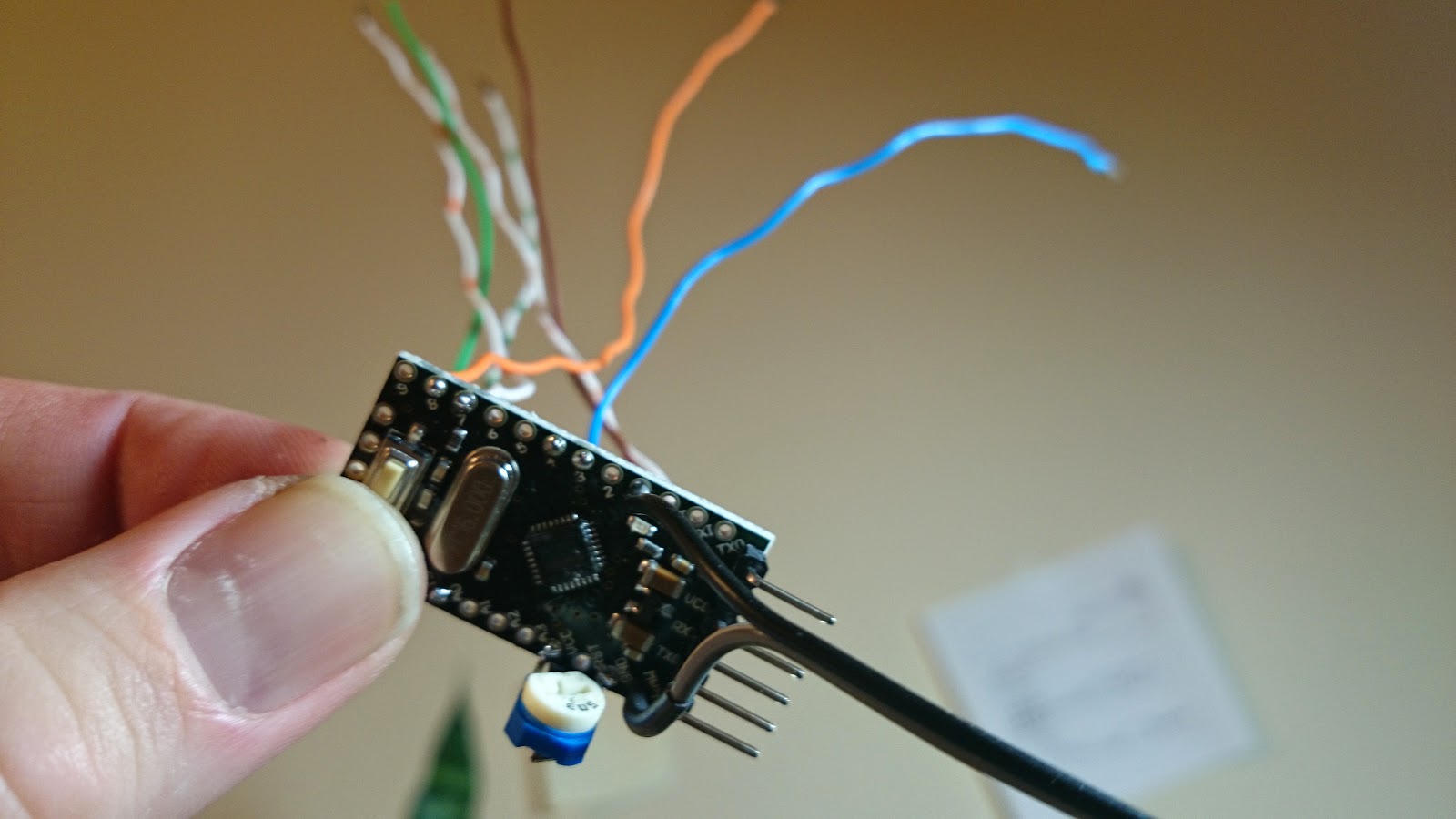 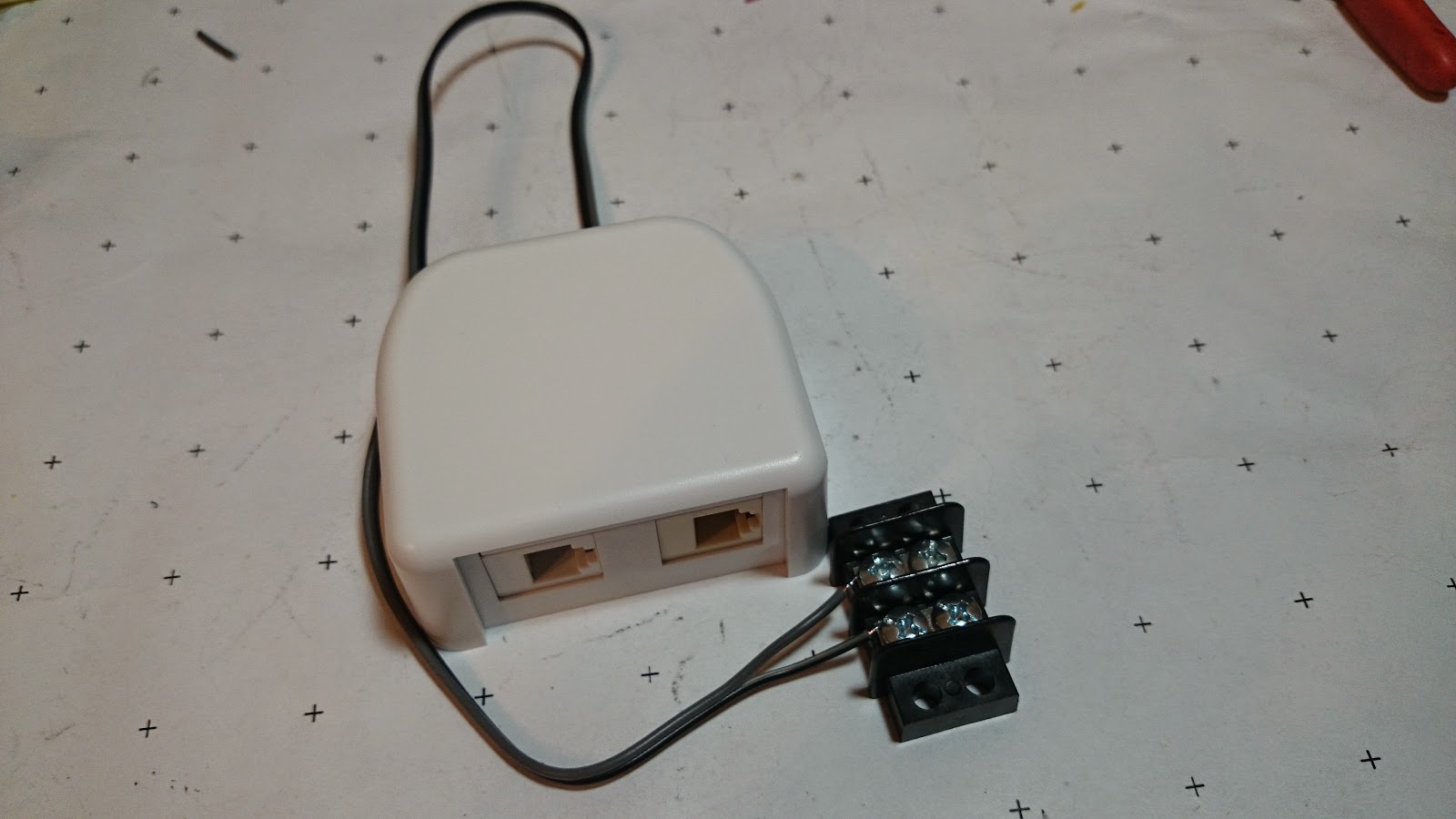 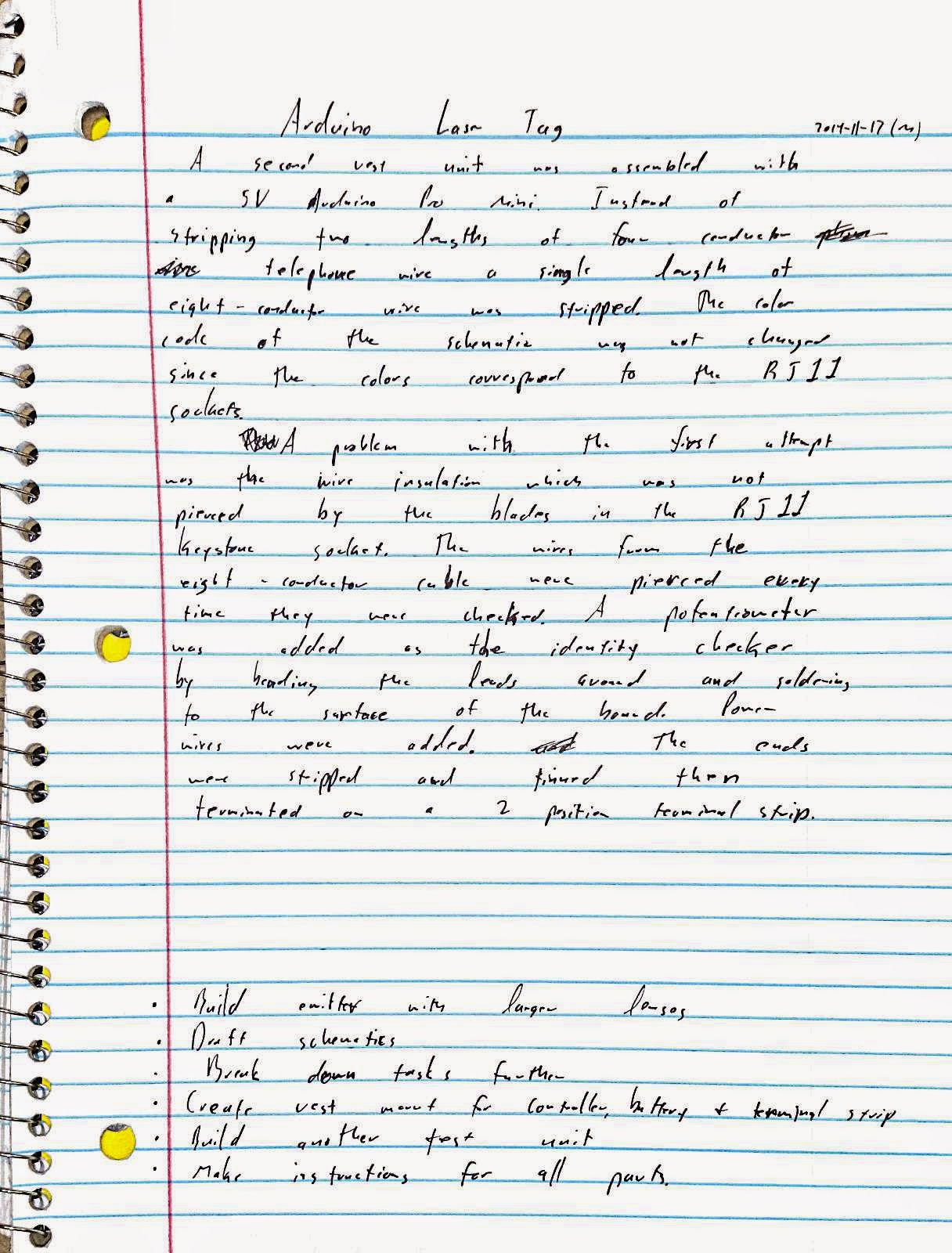