November 23, 2014
The tape was peeled from the painted plastic and came away cleanly. There was concern the paint would not from a clean edge since the paint was allowed to dry with the tape in place. The paint was still tacky to the touch but was not affected by light contact. 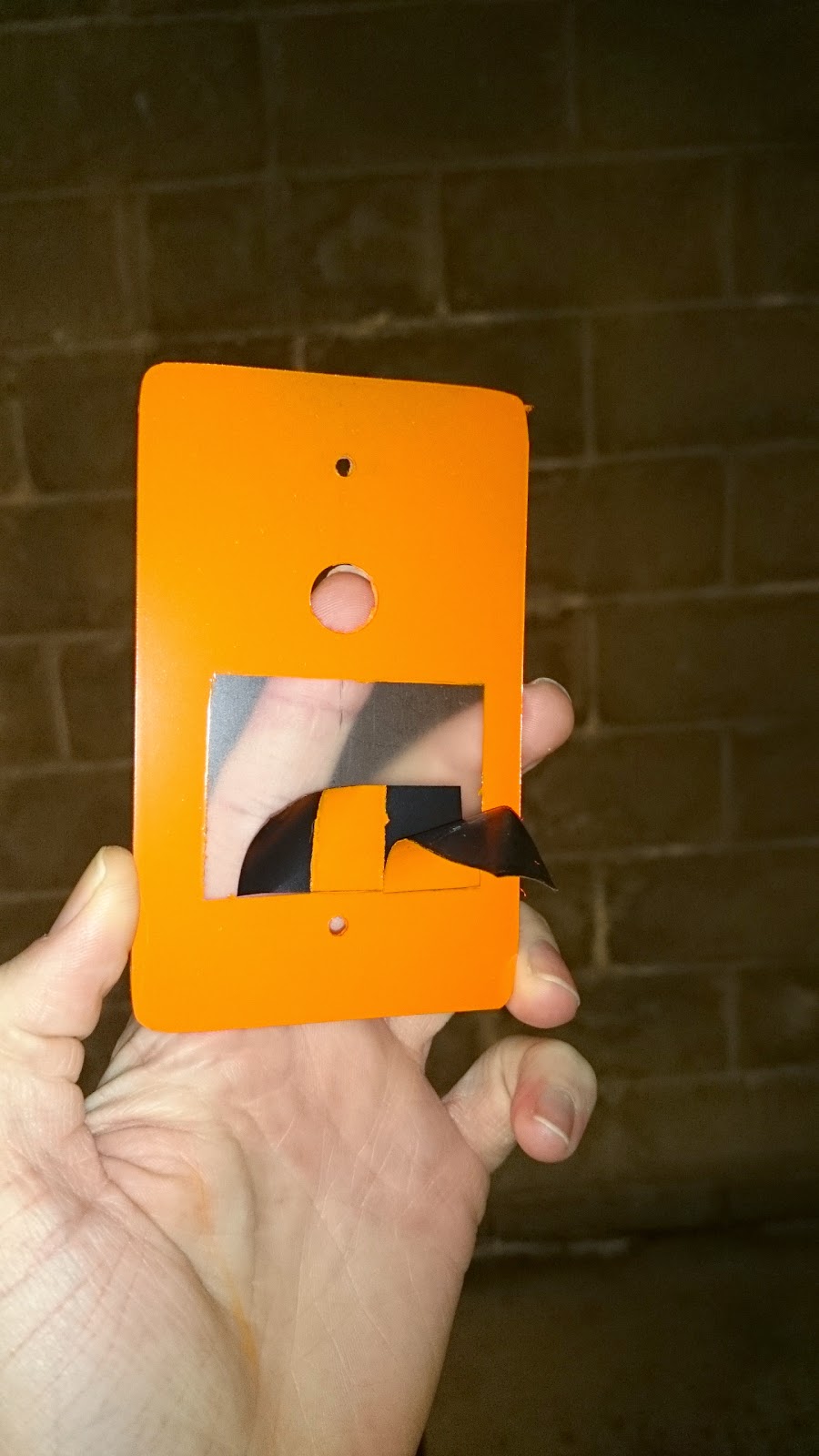 Clear window in the paint job

A second screen arrived by mail. The header pins were removed by clipping the plastic between each one then prying the pin out while applying heat from a soldering iron. Wires from an ethernet cable were salvaged for the first eight wires which were soldered in in place of the header pins. A spare wire took the place of the ninth connection. 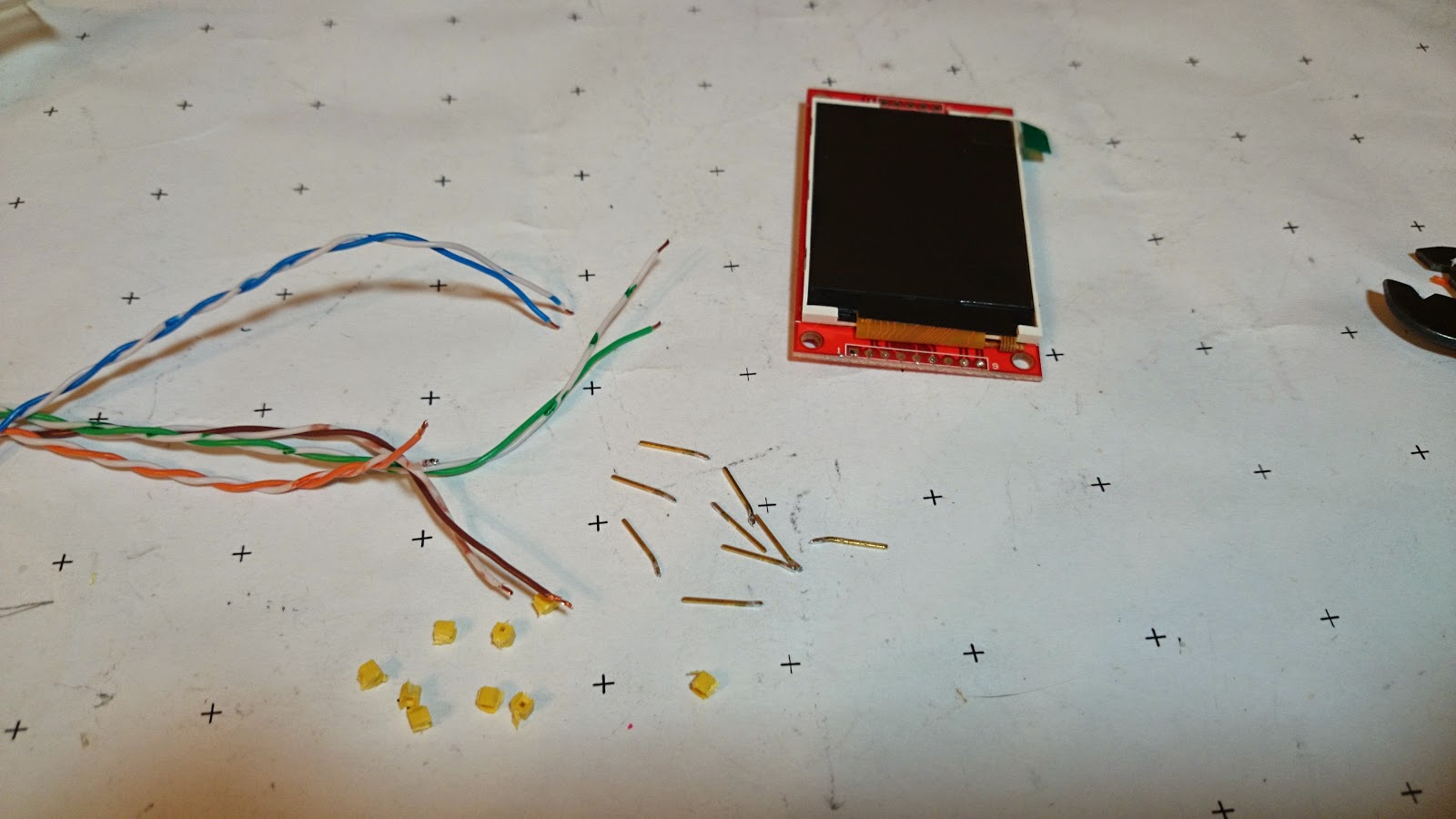 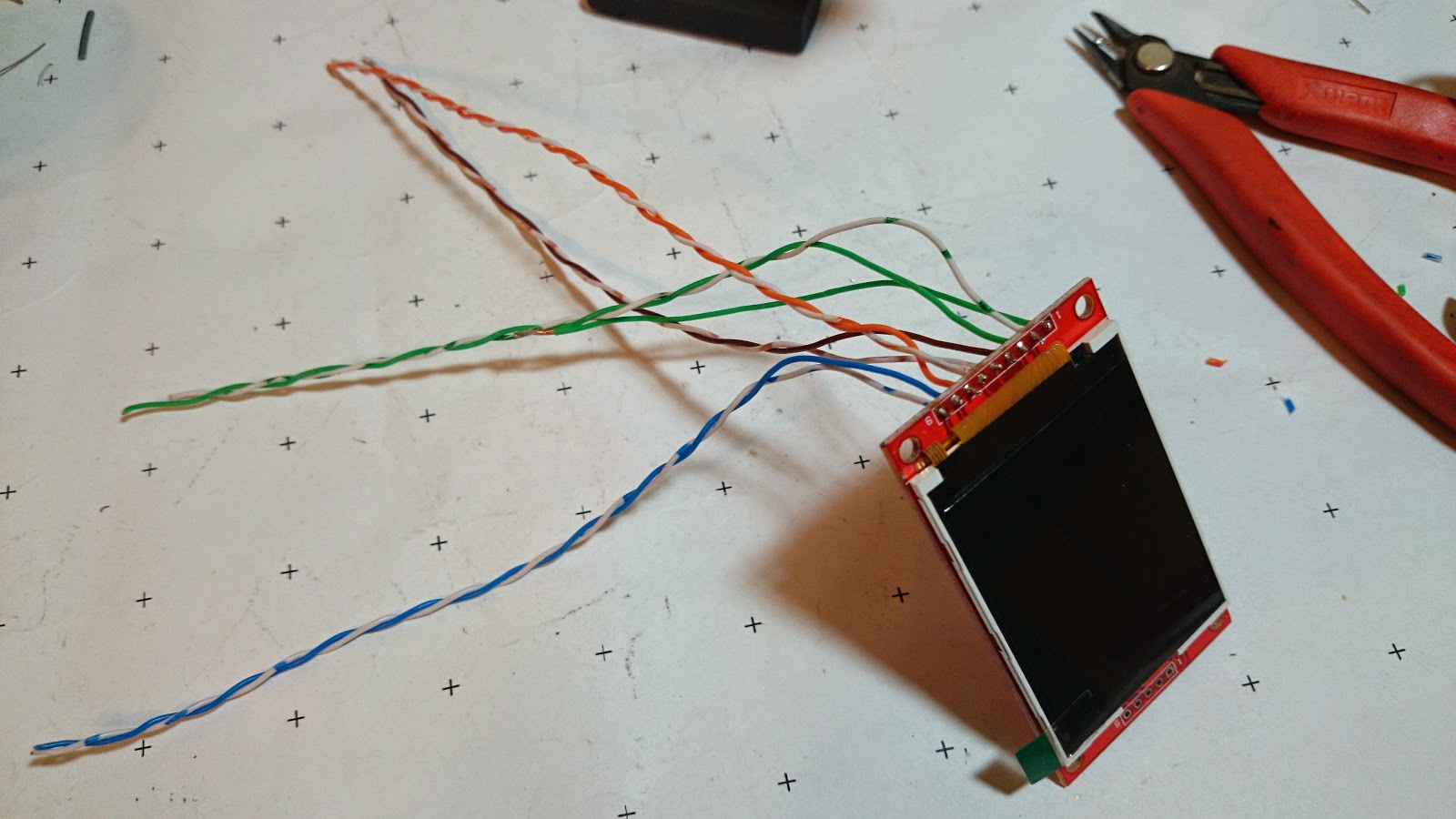 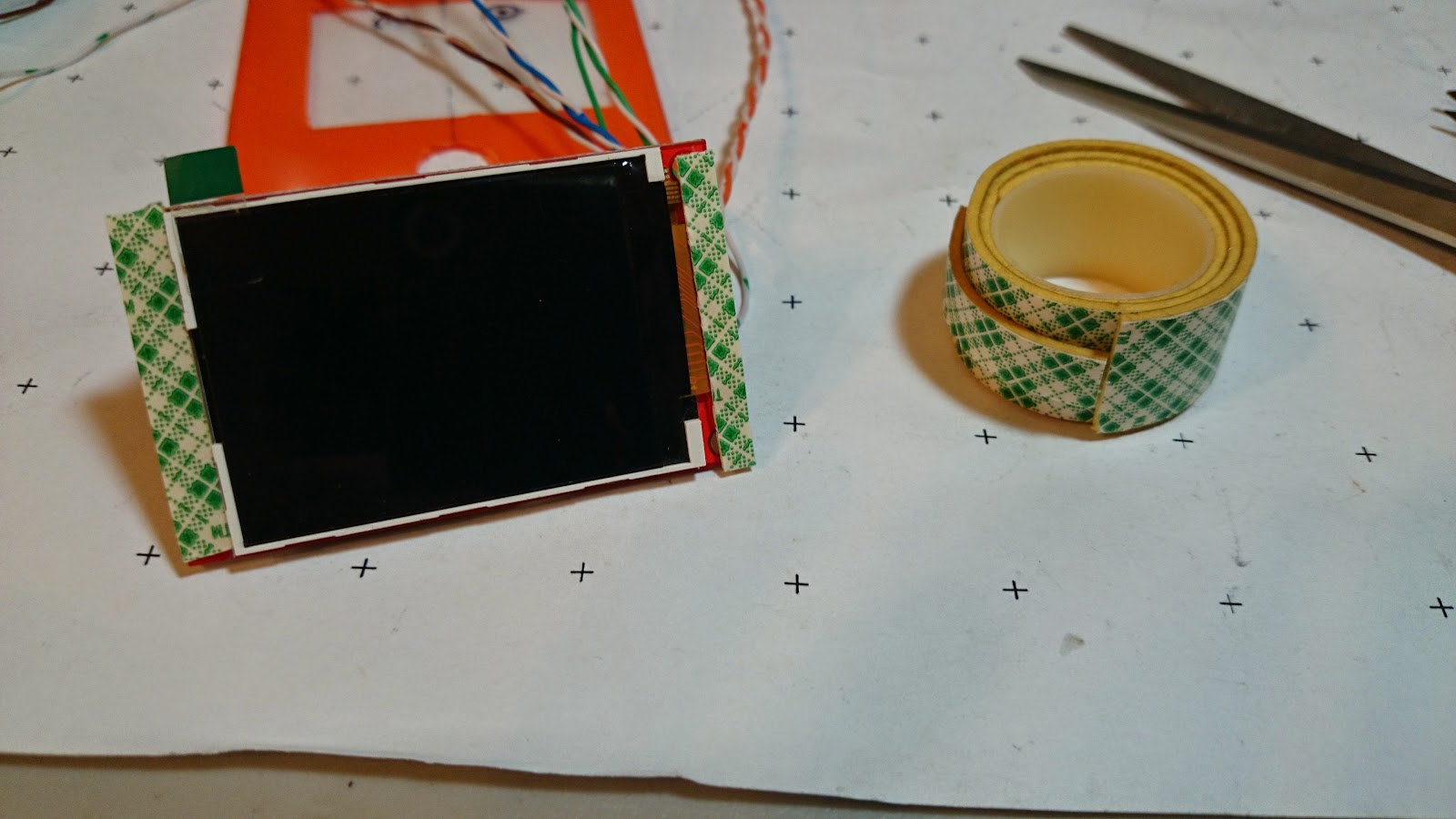 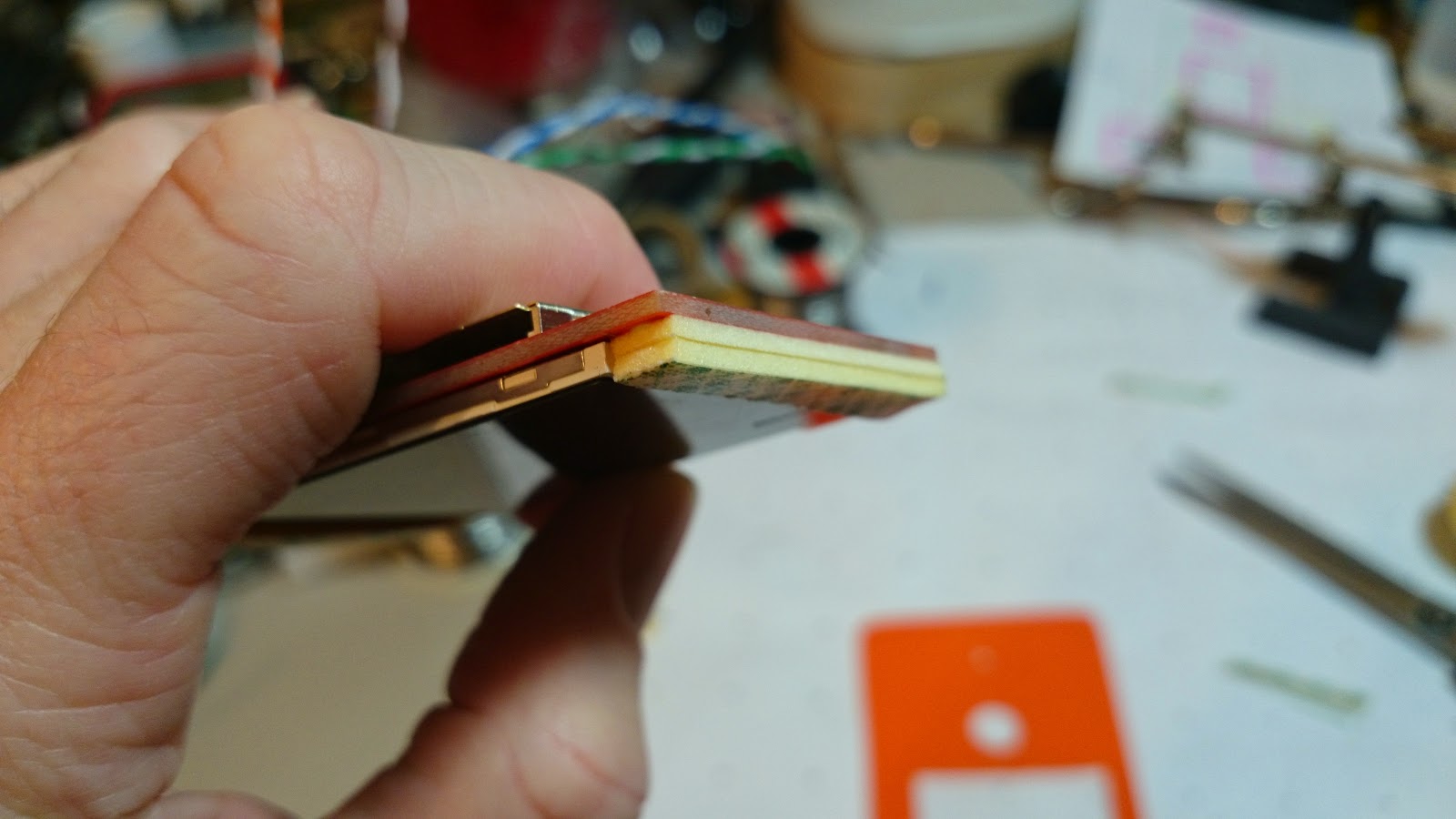 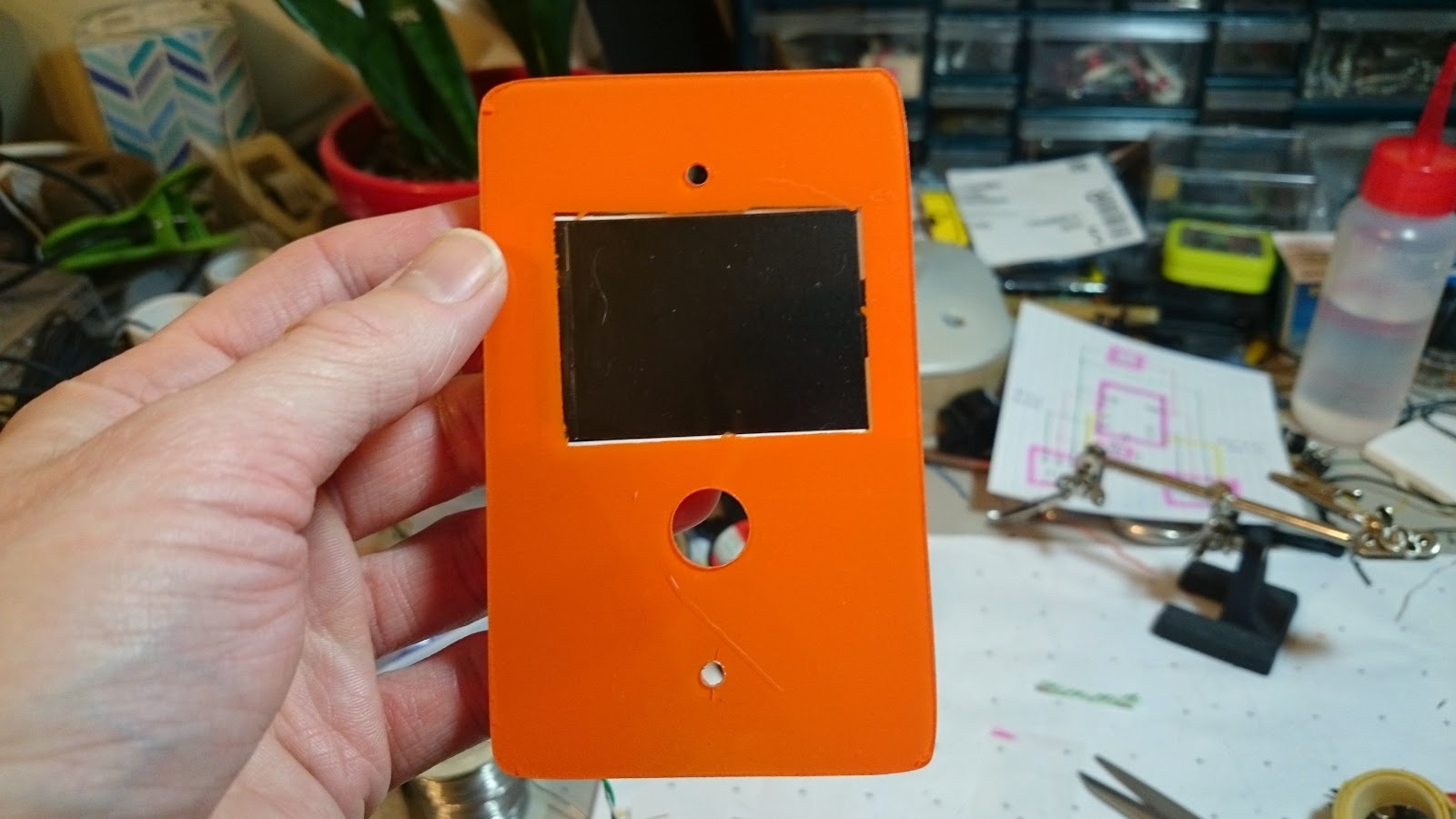 Glue was applied to the face of an RJ11 socket which was placed behind the 1/2" (13mm) hole so the port was accessible through the hole. The glue seemed to dissolve the paint which had not fully dried. The painted side had been placed on the inside of the clear plastic to keep it from being scratched away. The tagger will still be prone to this cosmetic damage but the clear plastic would expose the electronics while the rest of the device has color PVC underneath. 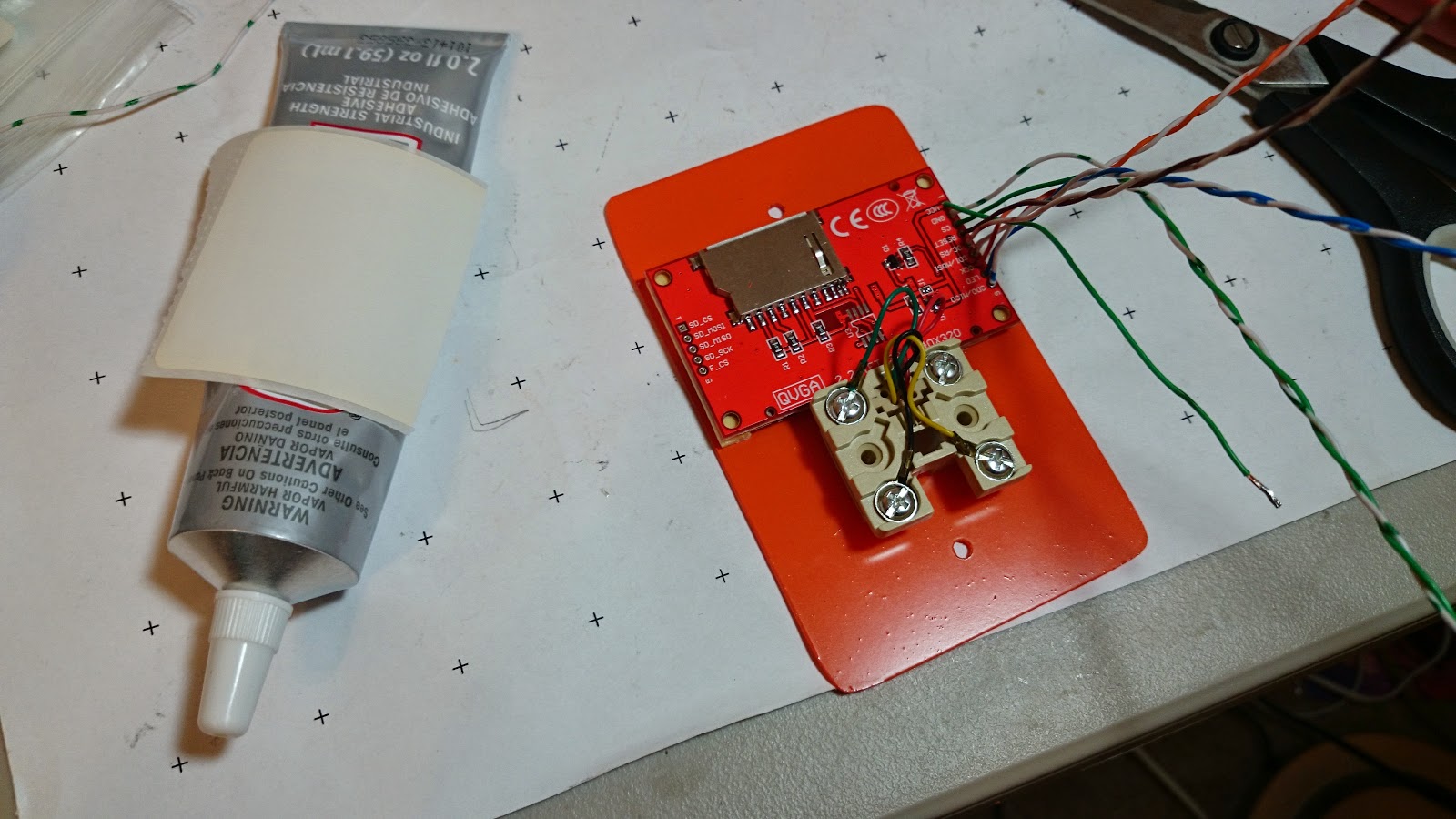 RJ11 socket glued from back 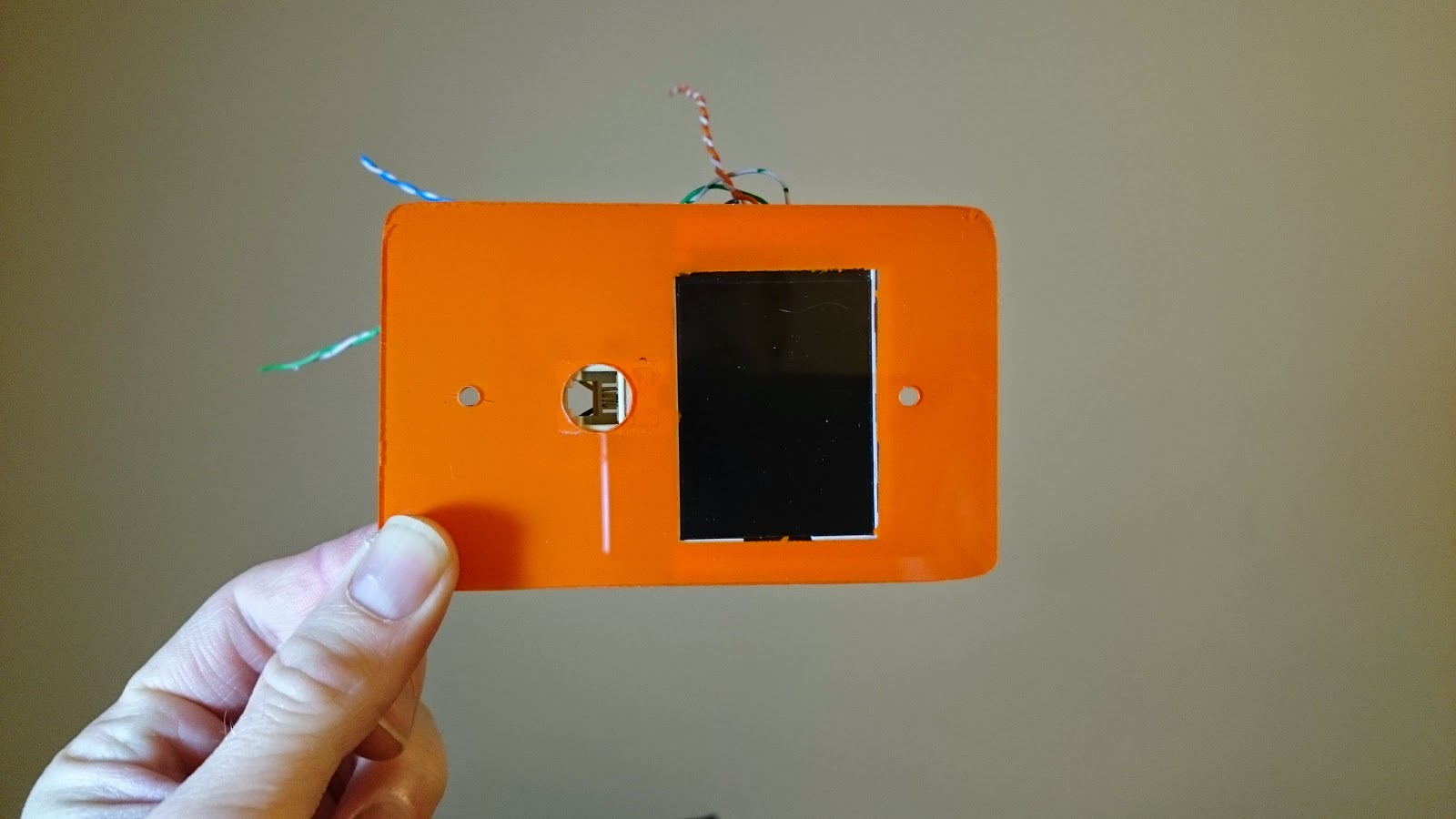 Everything held neatly in place 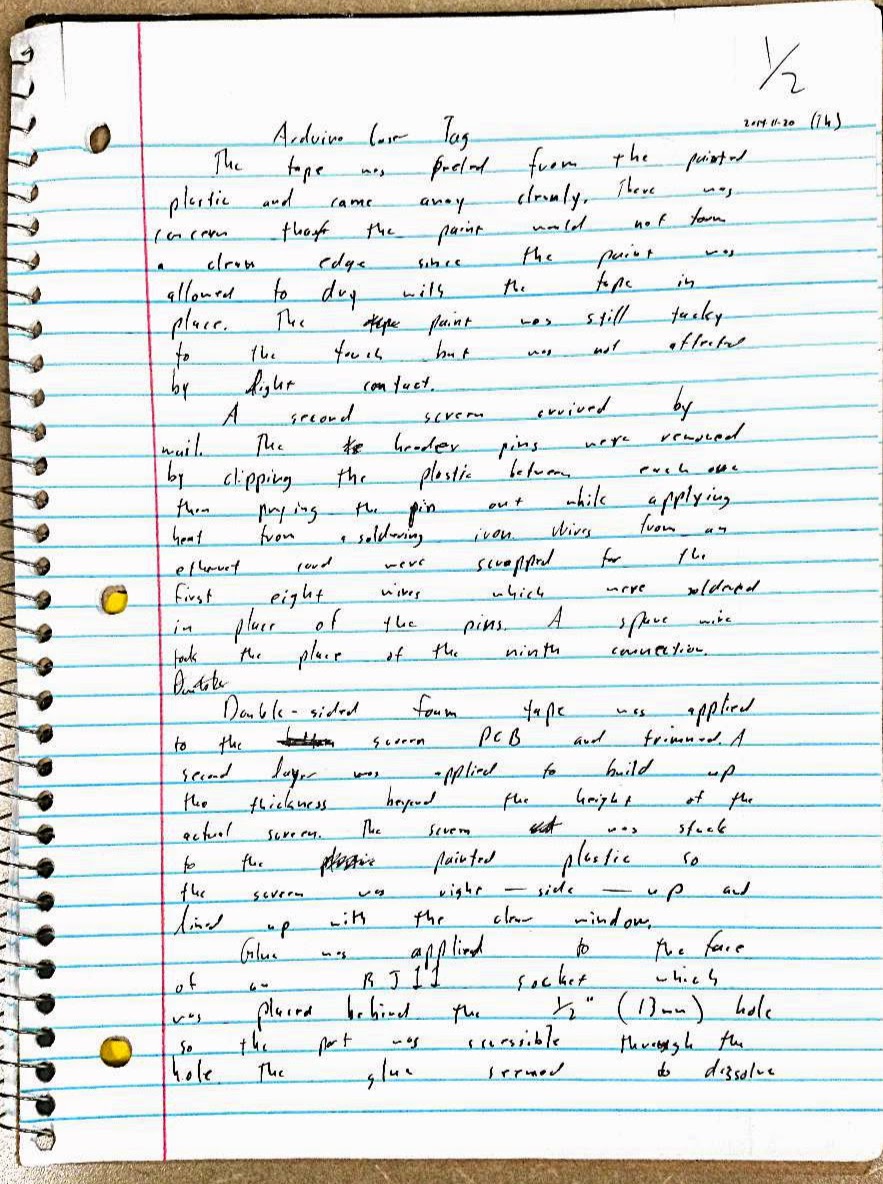 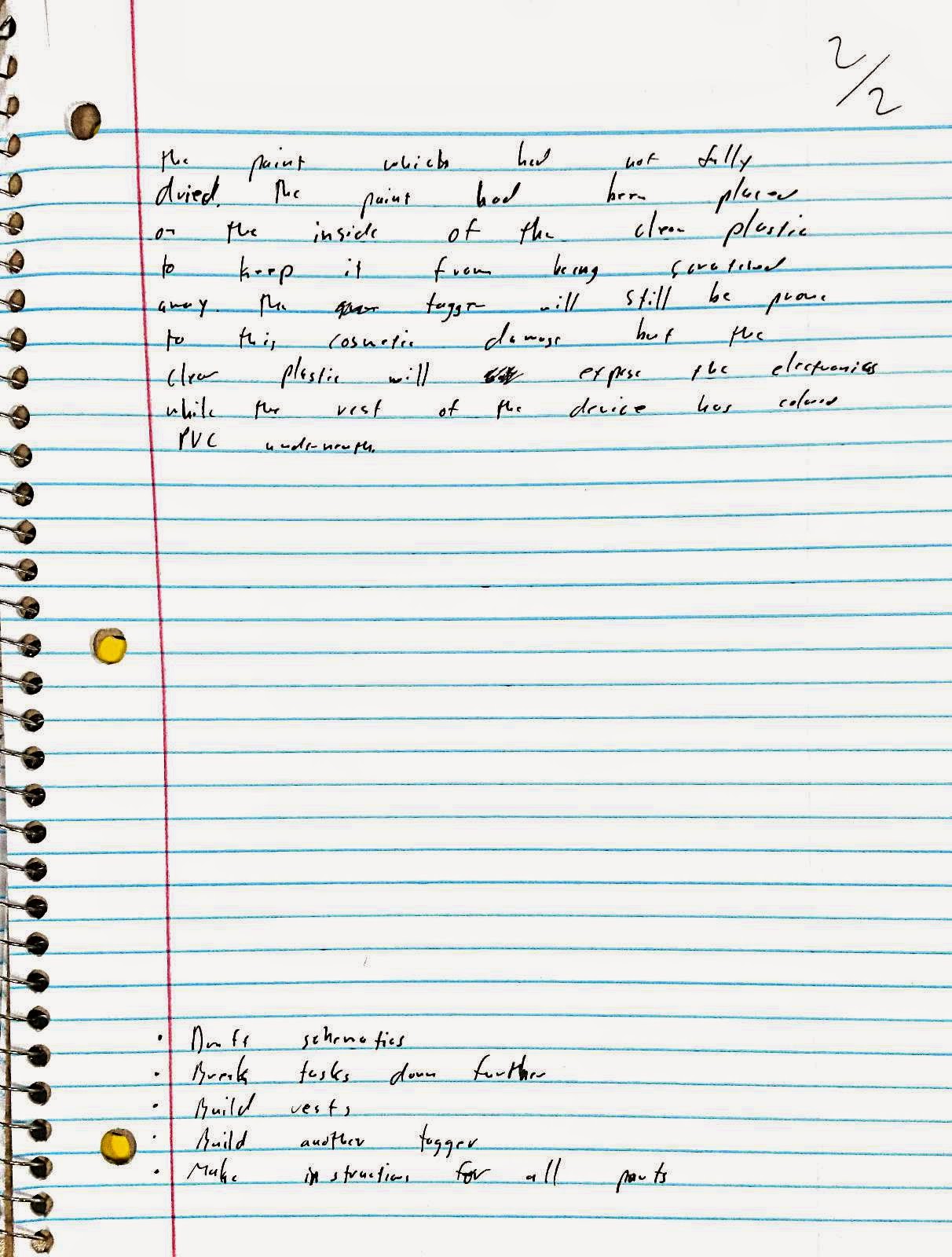