November 29, 2014
There are two different Arduino boards used in the Arduino Laser Tag project one of which is 5V and the other is 3.3V. The previous solution was to use two different adapter boards which were inexpensive. Unfortunately these were knock-off chips which were not supported by modern drivers so a genuine FTDI chip was ordered from a reputable retailer but was five times more expensive than either of the previously purchased boards. Instead of buying two a switch was installed to switch between the voltages.

A USB<->Serial adapter was purchased from Sparkfun.com in order to get a genuine FTDI chip usable with modern drivers. Imitation chips often fail to install FTDI drivers. The adapter was selectable between 3.3V and 5V by creating a solder bridge between two of three solder pads. The default was 5V so a solder trace had to be cut and was done with a snap-blade knife. 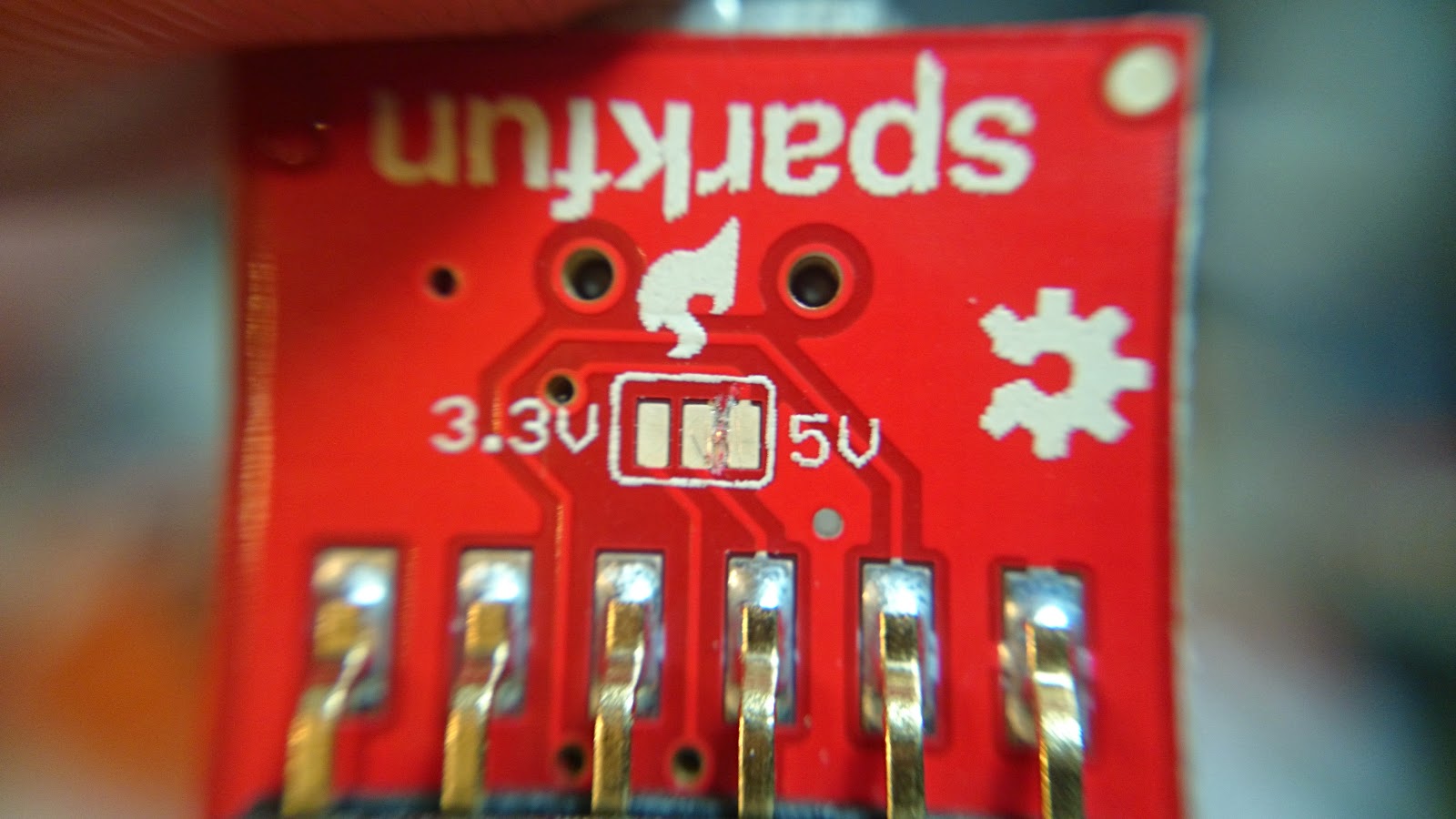 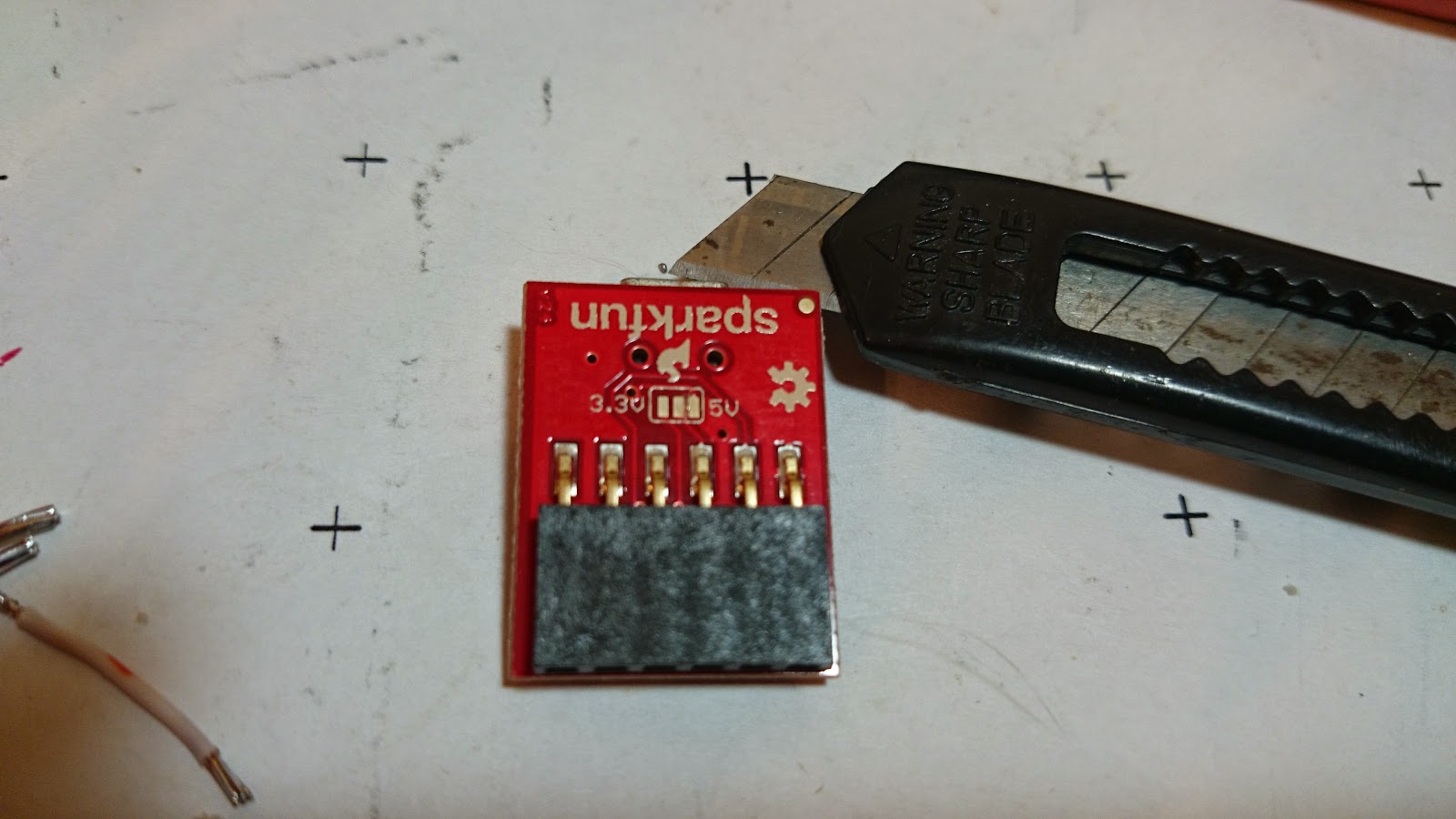 A single-pole double-throw (SPDT) switch was made from a (DPDT) switch by cutting away the pins from one of the poles. This was only done to make space for wire bending. Any SPDT switch with maintained contacts could be used. Three scrapped ethernet wires were salvaged cut, stripped, tinned and soldered to the switch pins. The wire, 26AWG, was too large to fit on the solder pads so smaller 30AWG (???) enameled magnet wire was selected. The ends were scraped to remove the enamel and soldered to the switch. Pieces of shrink tube where used to cover exposed parts of the wire. The other ends were soldered to the voltage selector pads on the board. The common pin of the switch went to the common voltage selector pad and the other switch leads went to the other pads on the board. It tested well on a 3.3V Arduino and drivers installed automatically. 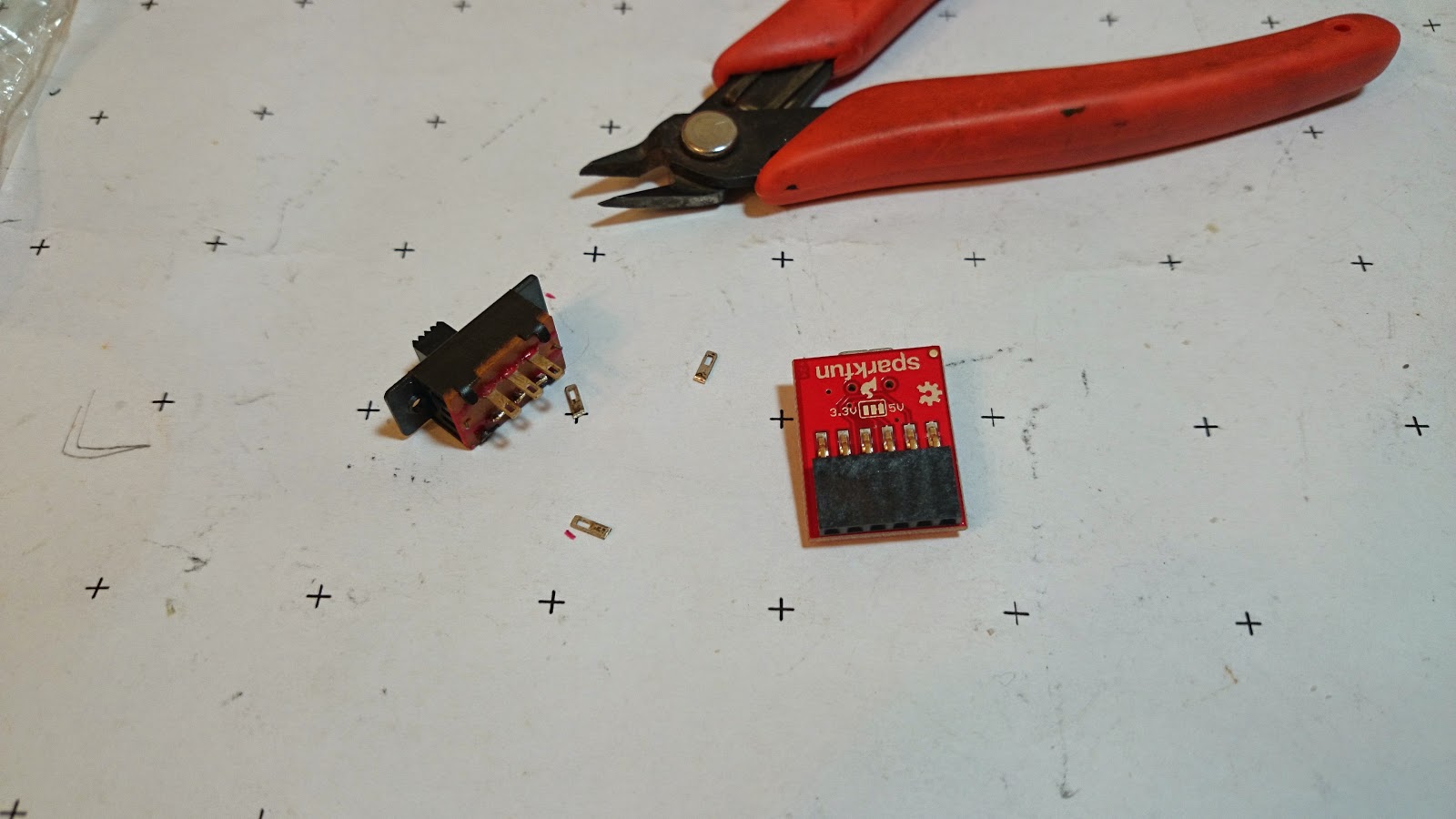 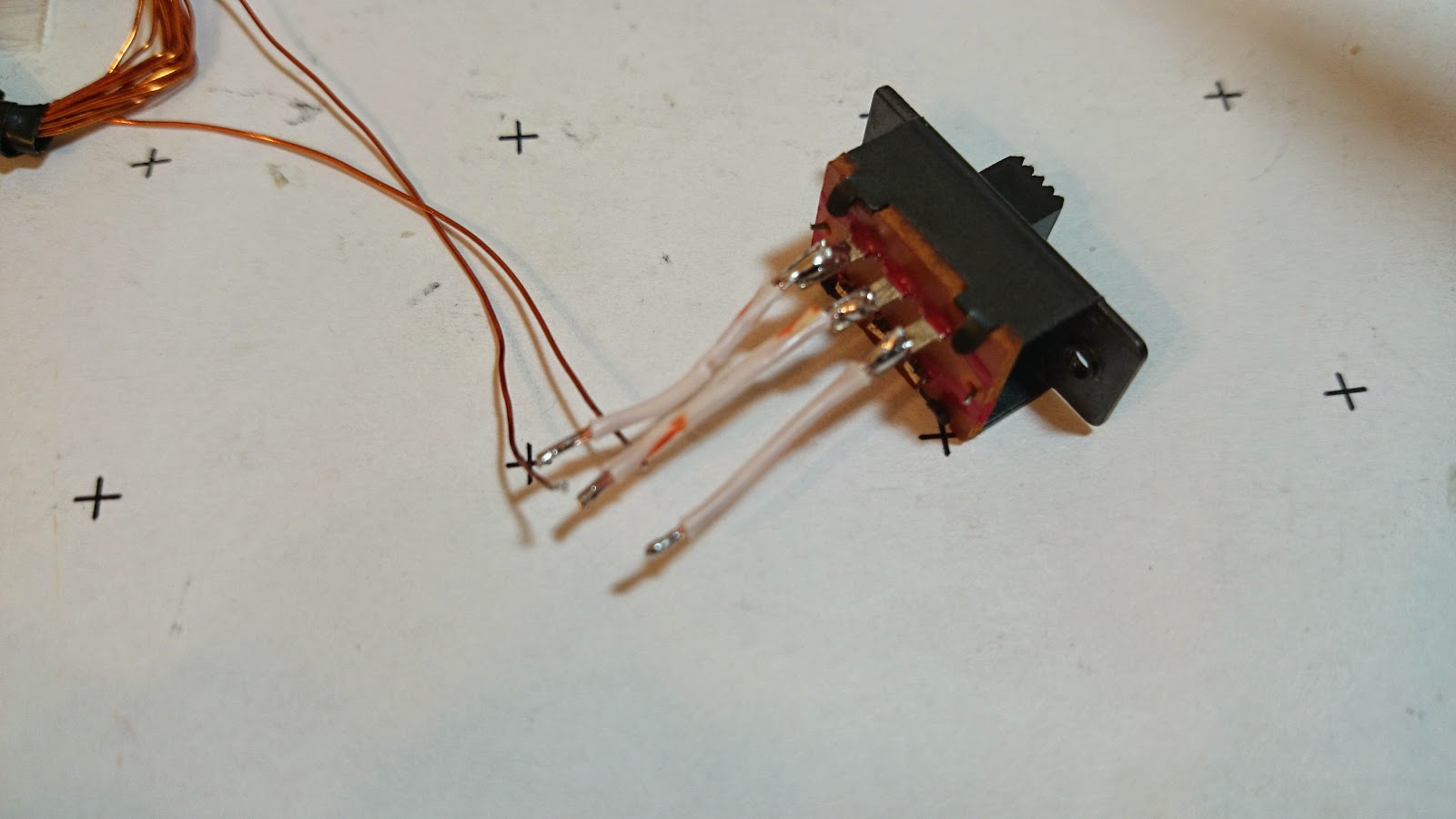 Two wire diameters next to one another 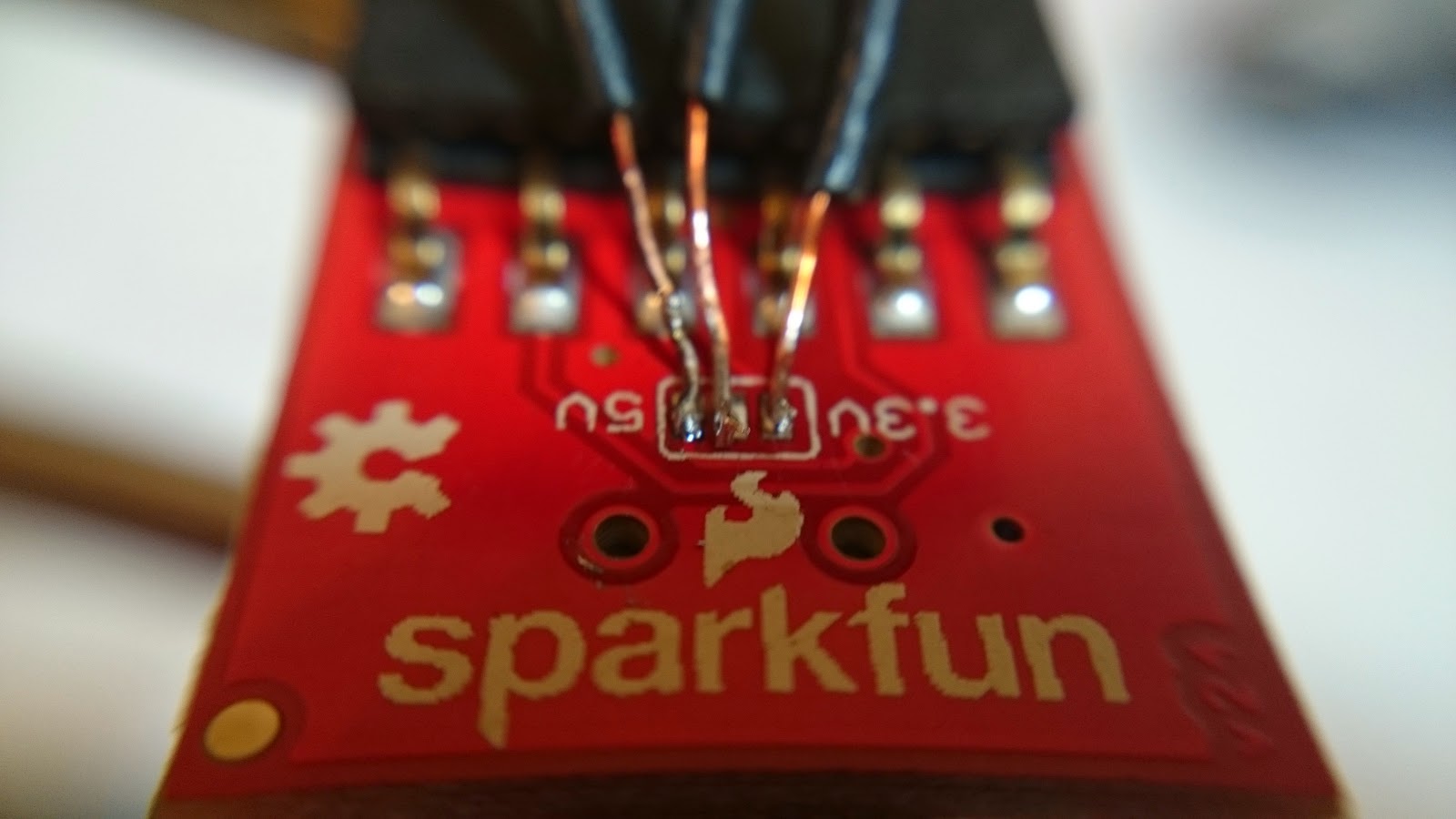 Enameled wires soldered to board 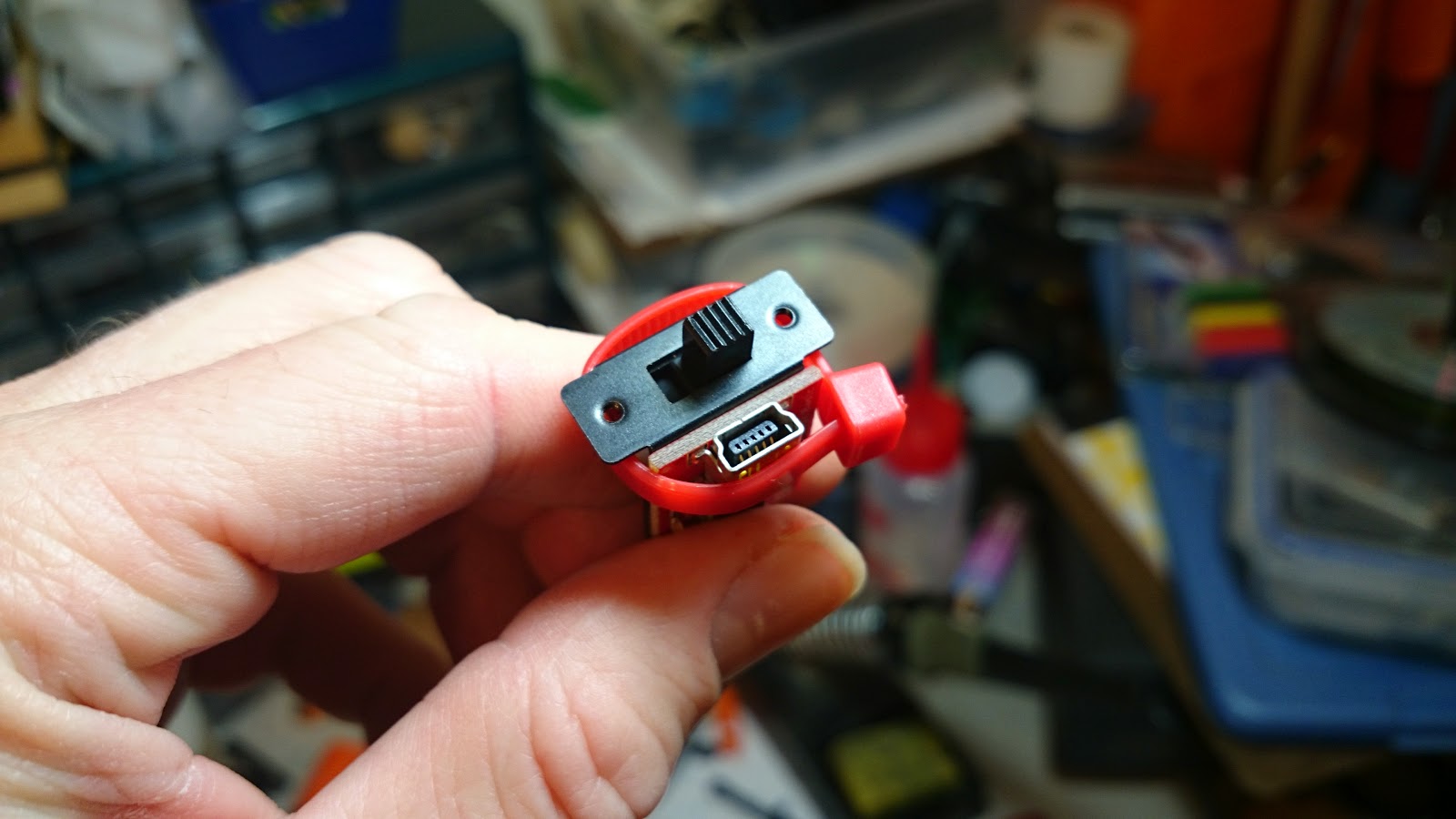 Switch bent around and zip tied to board 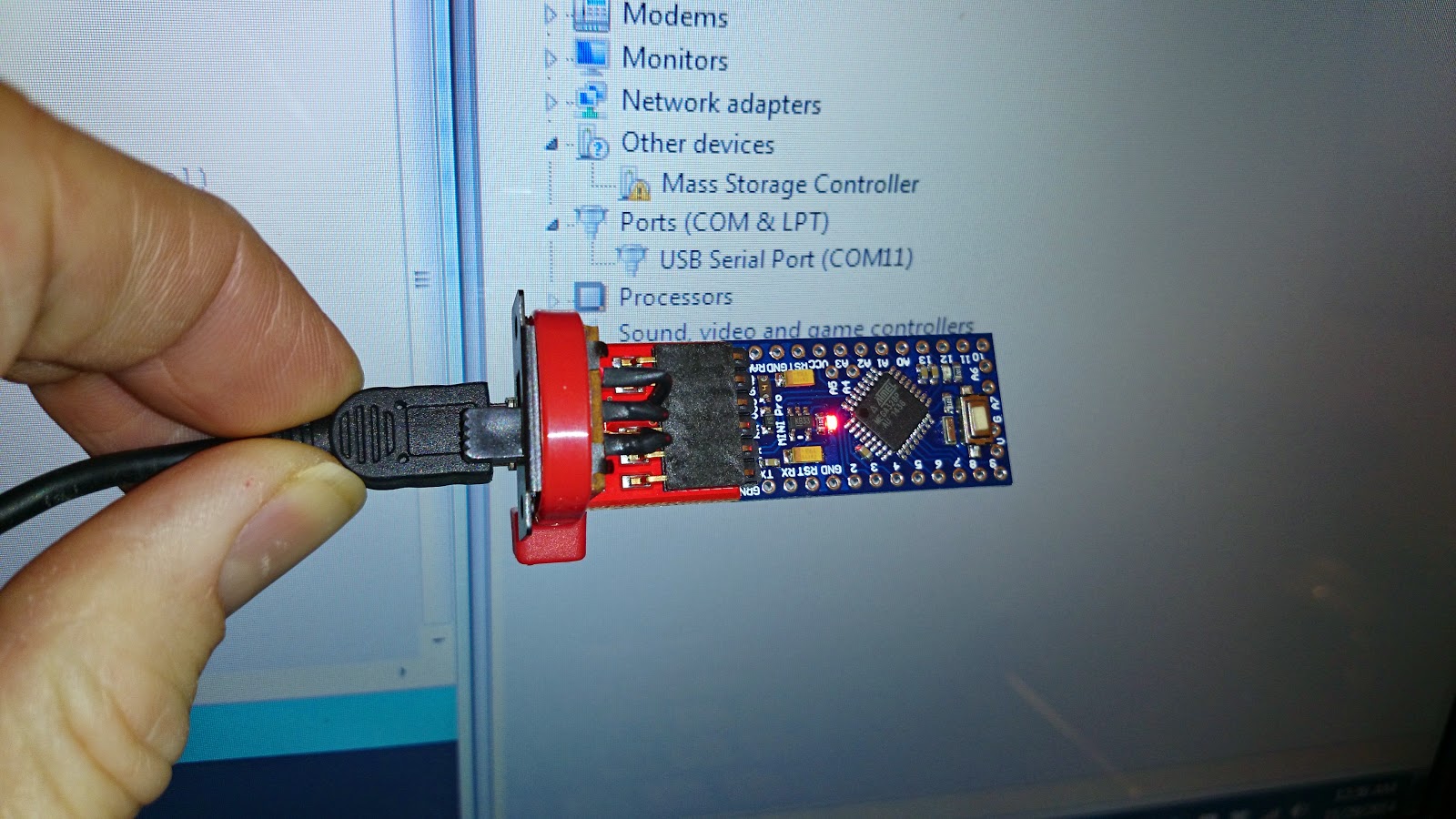 Board appearing in device manager 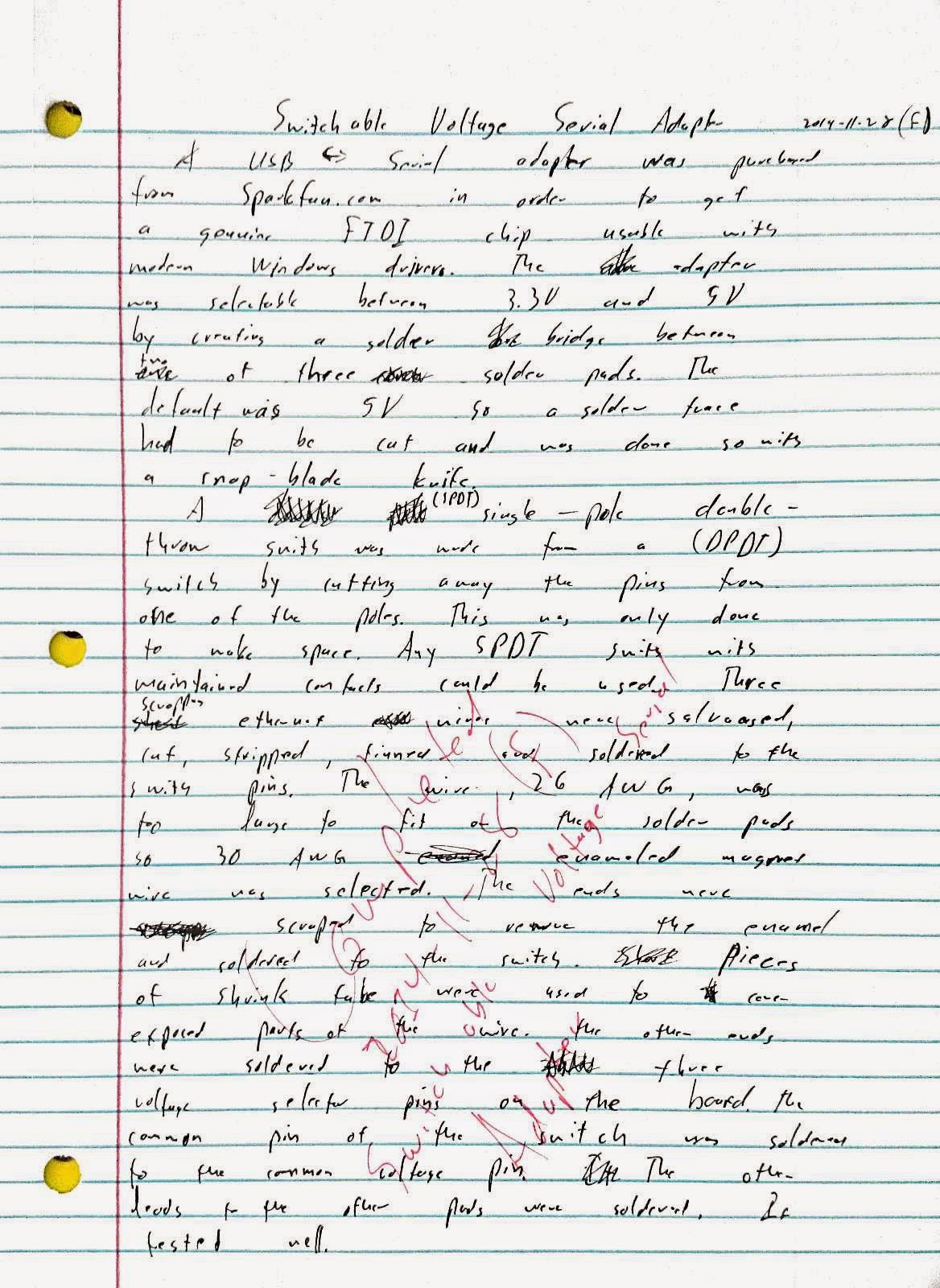