February 19, 2015
Another enclosure was sketched based on one of the first conceptualizations of the ESPeri.Impass. This model was shaped like a horizontal disc unlike the tubular design which was modeled recently. The disc shape and function is similar to a traditional needle compass where the spinner rotates freely on an axis. The obvious difference is this model will have no viewing window and feature a section of the internal shape which will encourage impact with the needle when in a particular orientation. In other words, this will be like a dollar store compass except the needle will bang around when it points north.

The disc design was not utilized because it presents an implanting problem. The tubular design is intuitively implantable in a leg because it will naturally want to position itself upright with the user. A disc shape will need to be implanted in a site where it will be held horizontal such as the top of a shoulder which would be inadvisable.

The shape of the compass started out as a hemisphere with a cone inside. The hemisphere will be the enclosure shape while the internal cone will be the area where the spinner can impact the enclosure. When the proportions looked correct the entire structure was scaled on the Z axis in order to provide a spheroid shape. 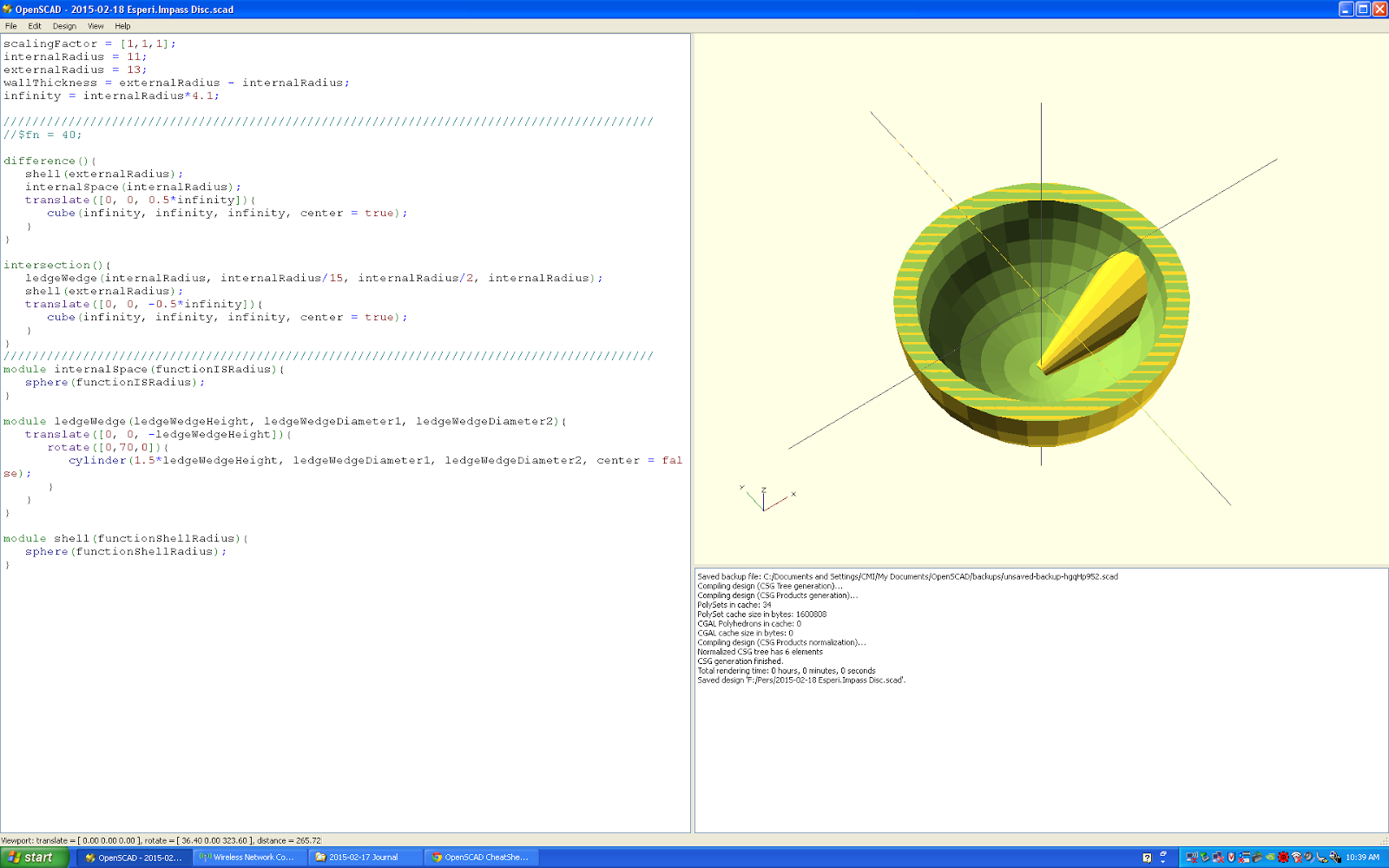 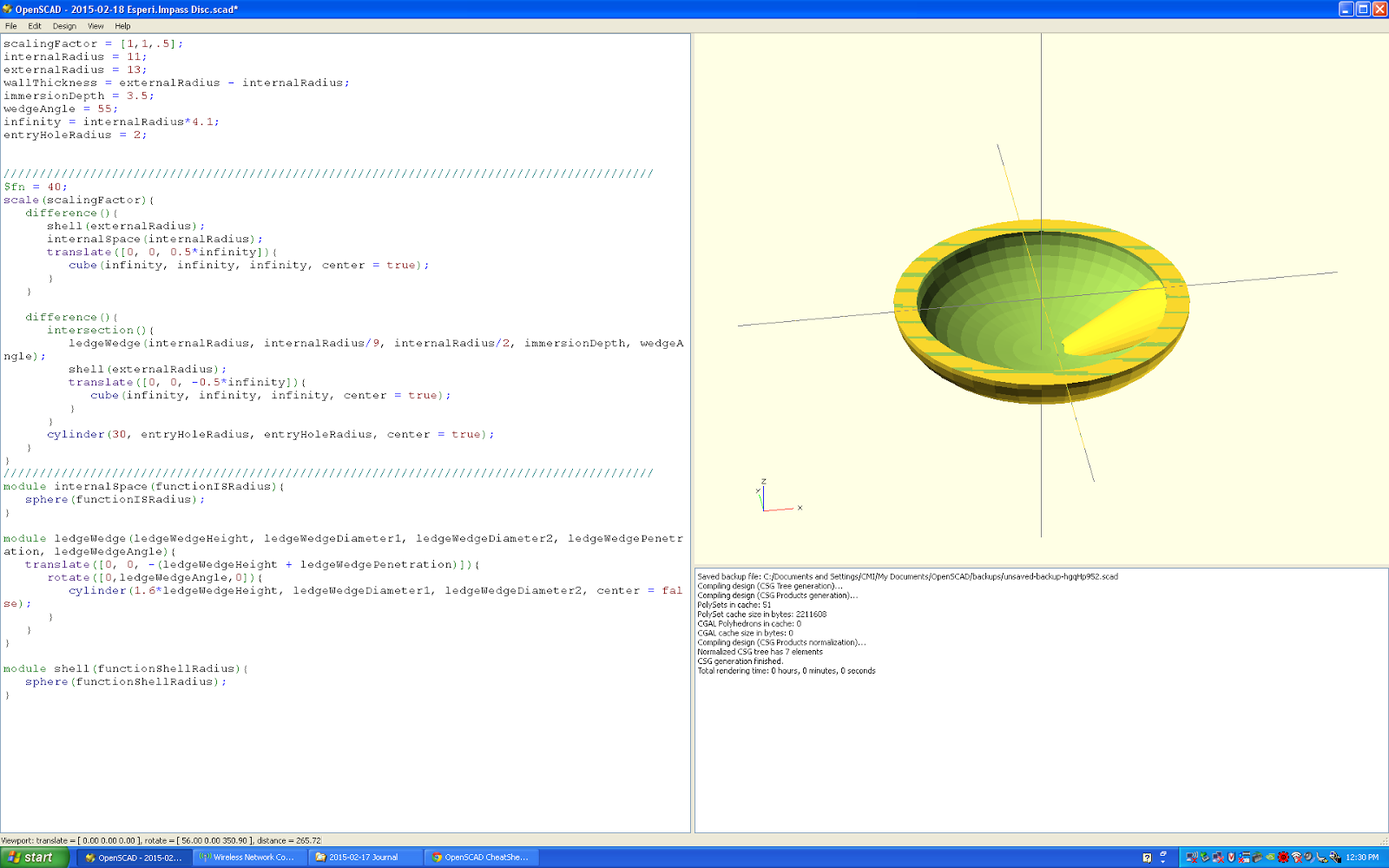 Since many of the variables in the structure were declared at the beginning of the program tweaking the program to make a suitable looking enclosure and cone was relatively easy. Tabs were added so two copies of the hemispheroid could be printed and fastened together with small bolts. One half of enclosure 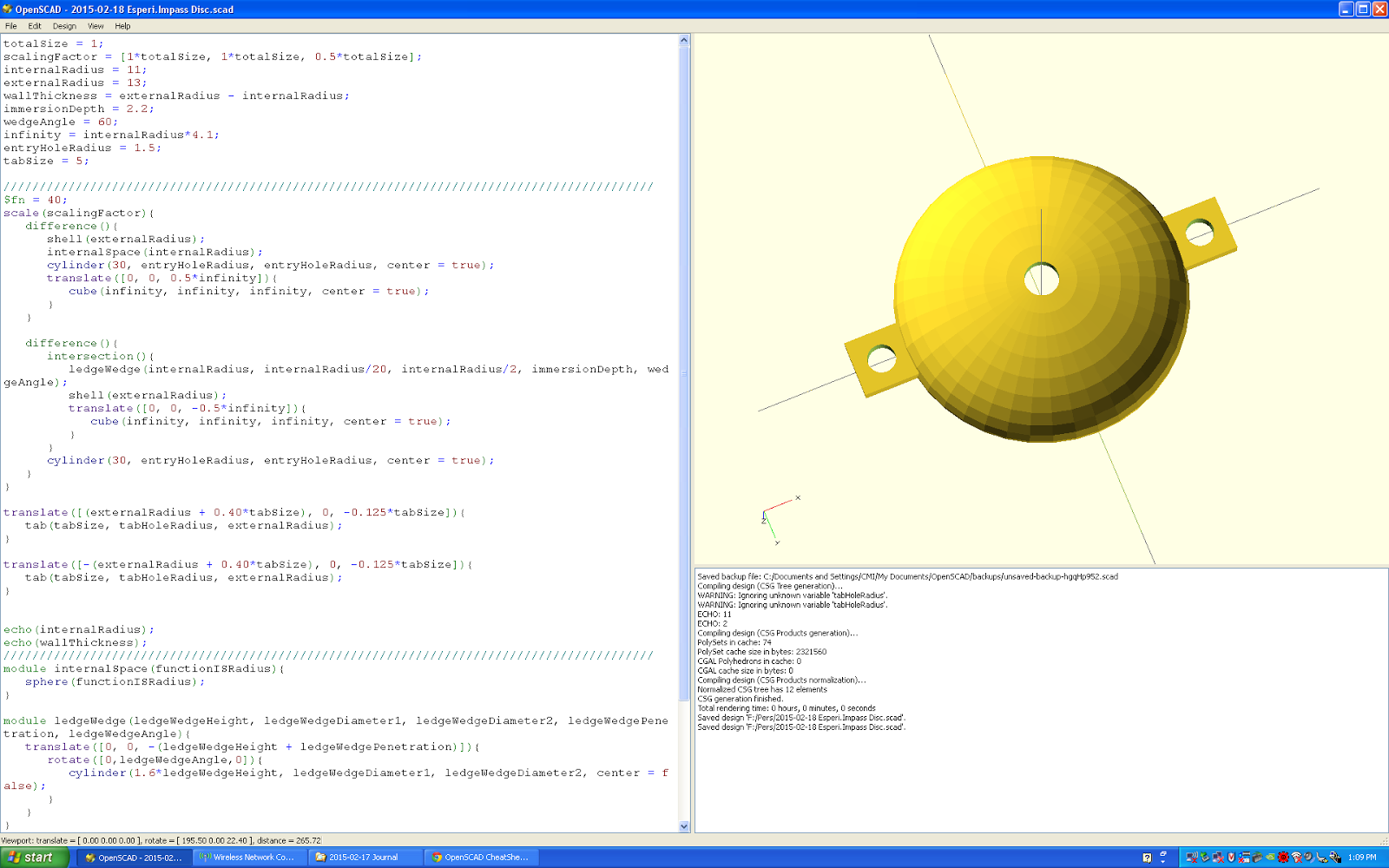