February 24, 2015
This project is my chance to start sinking my teeth into the possibilities of owning a 3D printer. The option of printing custom pieces rather than trying to buy or build is pretty tempting and allows me to share some pretty neat projects with other people who have 3D printers. I'm excited.

The original Prismatic Stereoscopic Camera Adapter hoped to split a camera's field of view into two different angles with a single camera but finding inexpensive optical quality prisms turned out to be impractical. The four prisms made in that project displayed a good image when used up close but suffered severe distortion when used at any distance. The project ended as a failure.

A new project with the same intention was started but instead of trying to split a single camera feed into two channels, like a smartphone, a battery powered dual camera dashcam was purchased where two camera channels were already placed on a single screen. The same prism array created in the Prismatic Stereoscopic Camera Adapter can be used but will instead redirect the images from the dashcam’s display. 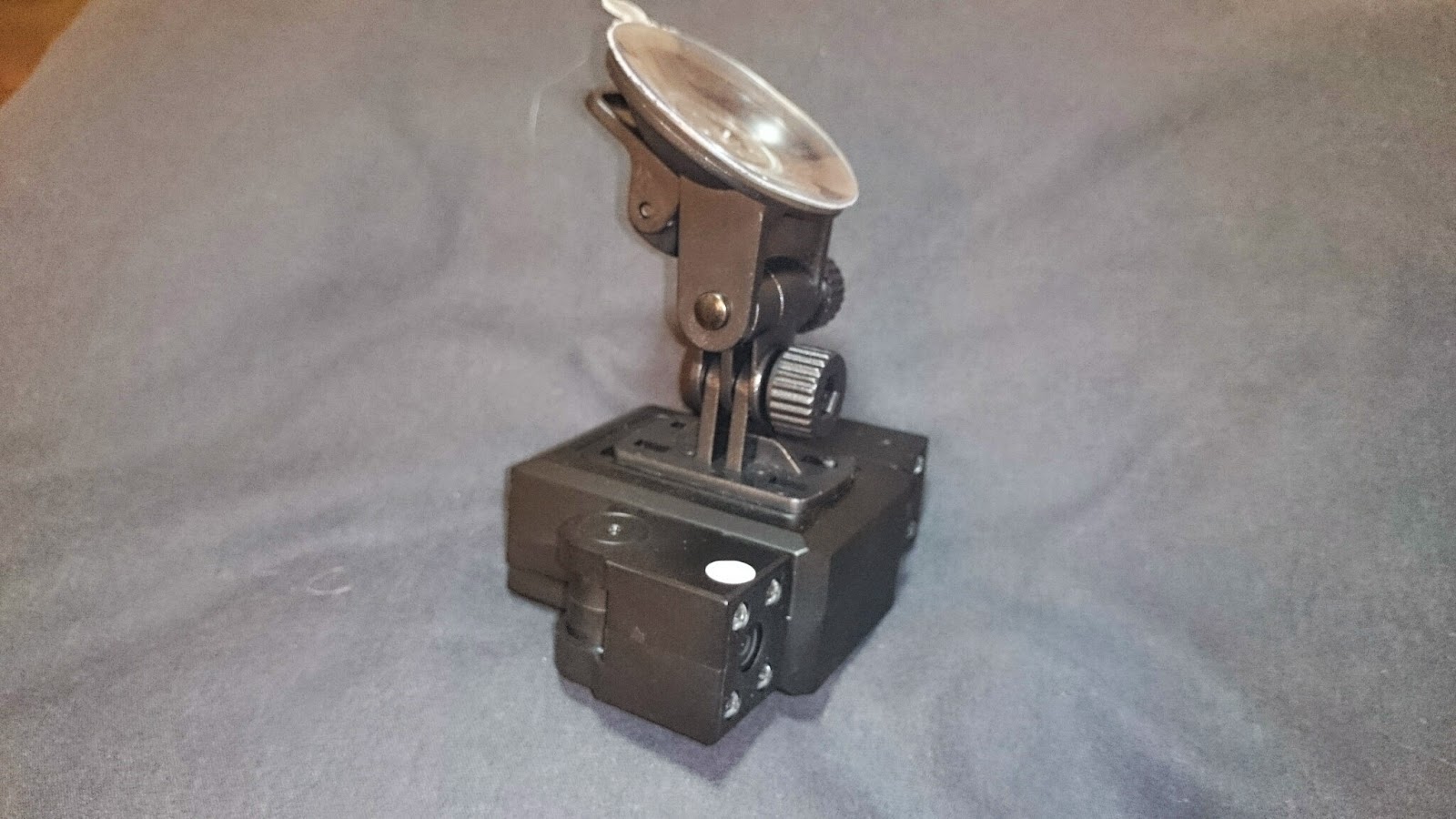 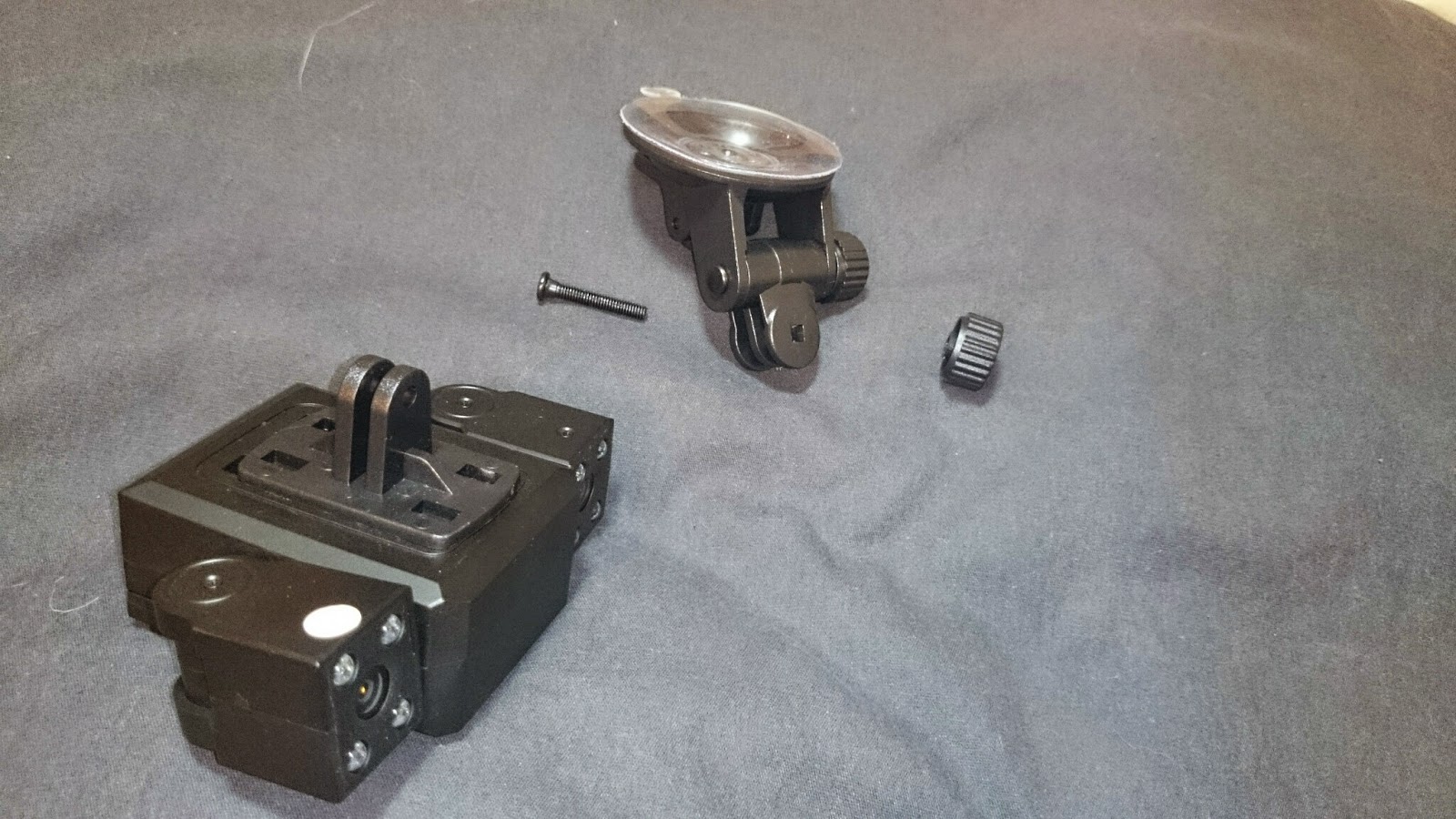 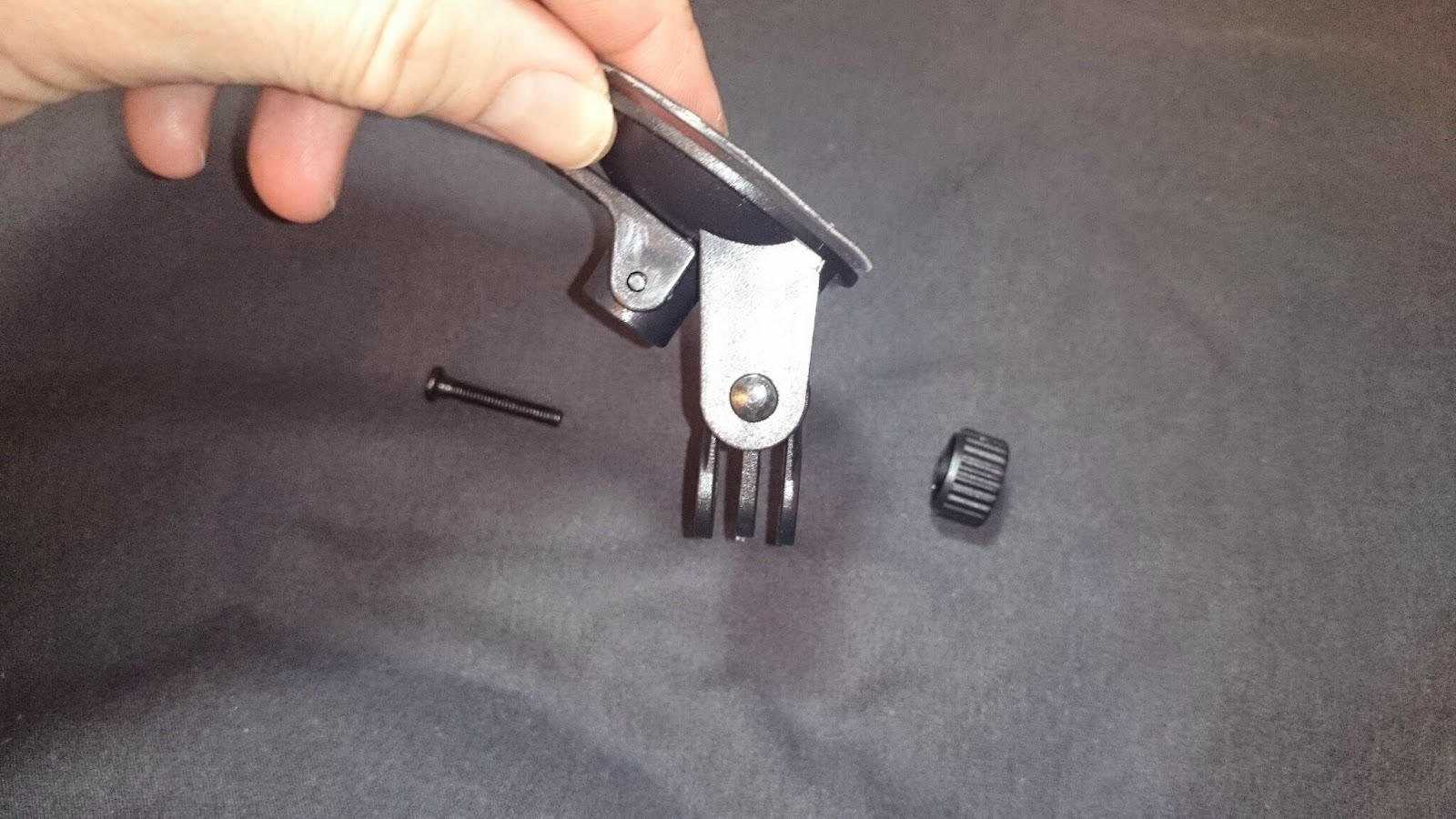 Top mounting bracket, side view. Bracket will be copied

The first step will be to design a system for attaching the dashcam to a wearable head mount. The most sensitive piece will be the mating connector to part of the dashcam’s OEM mount.

The dashcam’s mount was disassembled so measurements could be taken. All measurements taken were in millimeters since the drafting program and 3D printer use millimeters as the default measurement system. A diagram was sketched where the measurements were transcribed so a mating piece can be made. 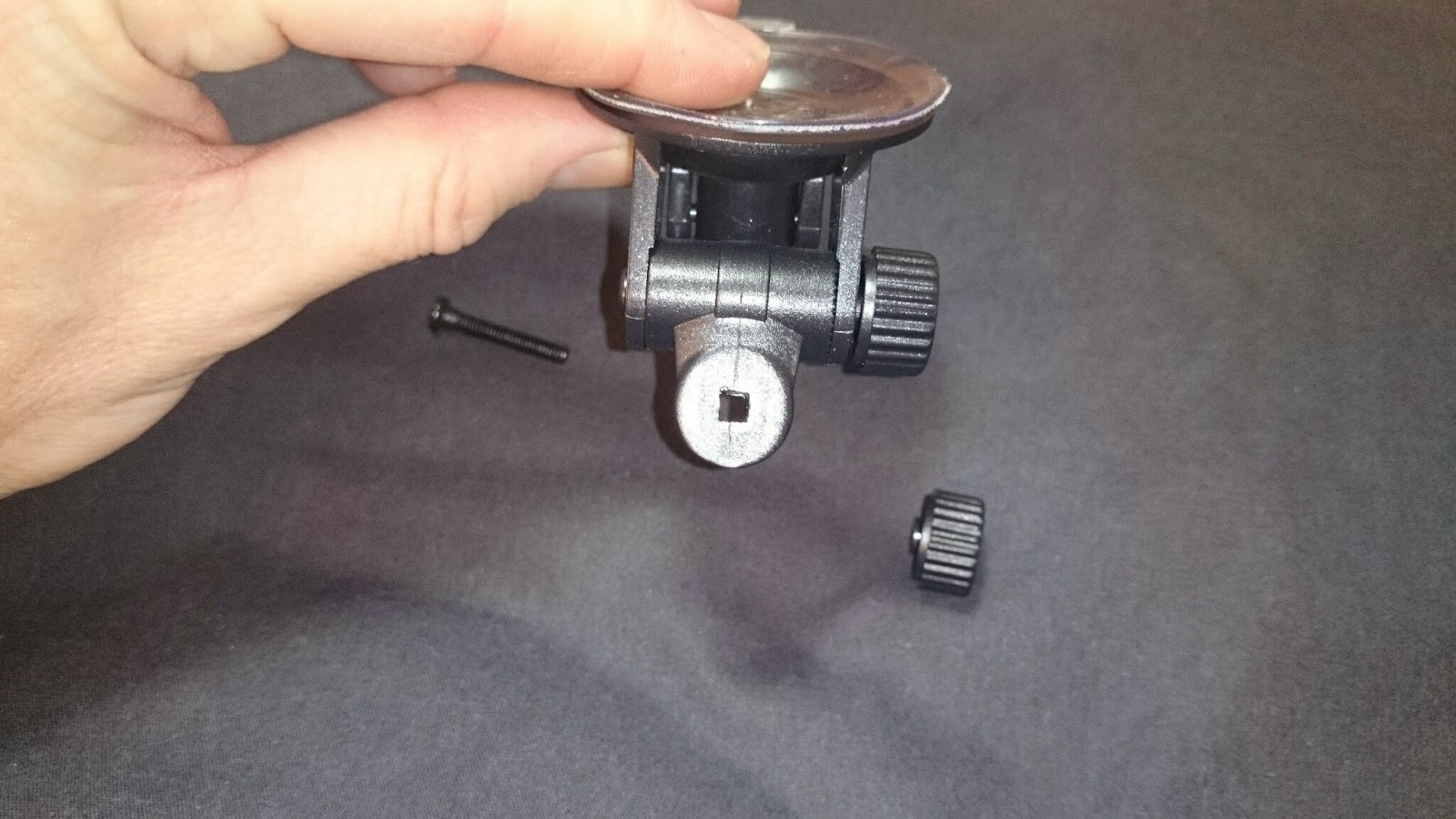 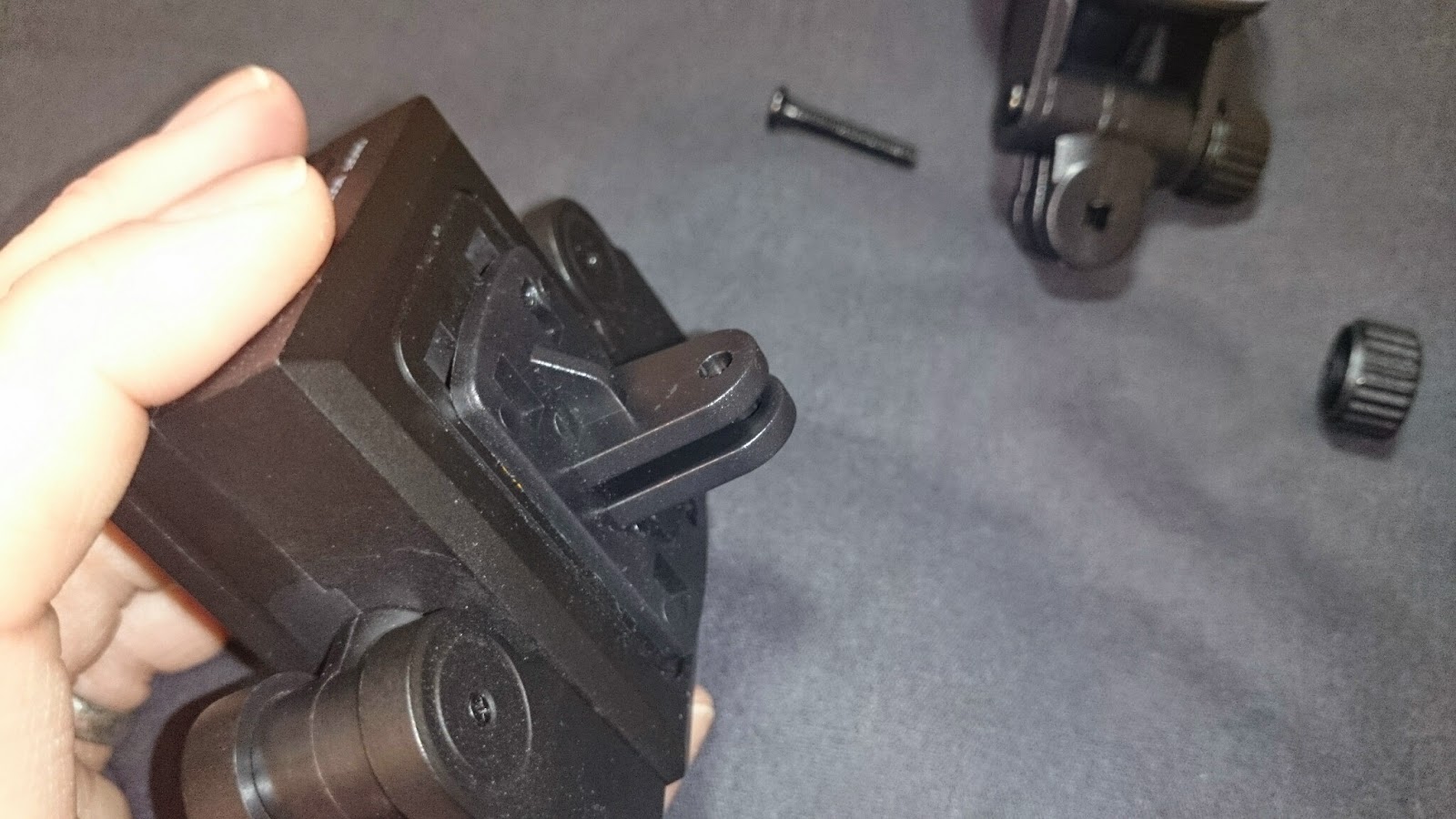 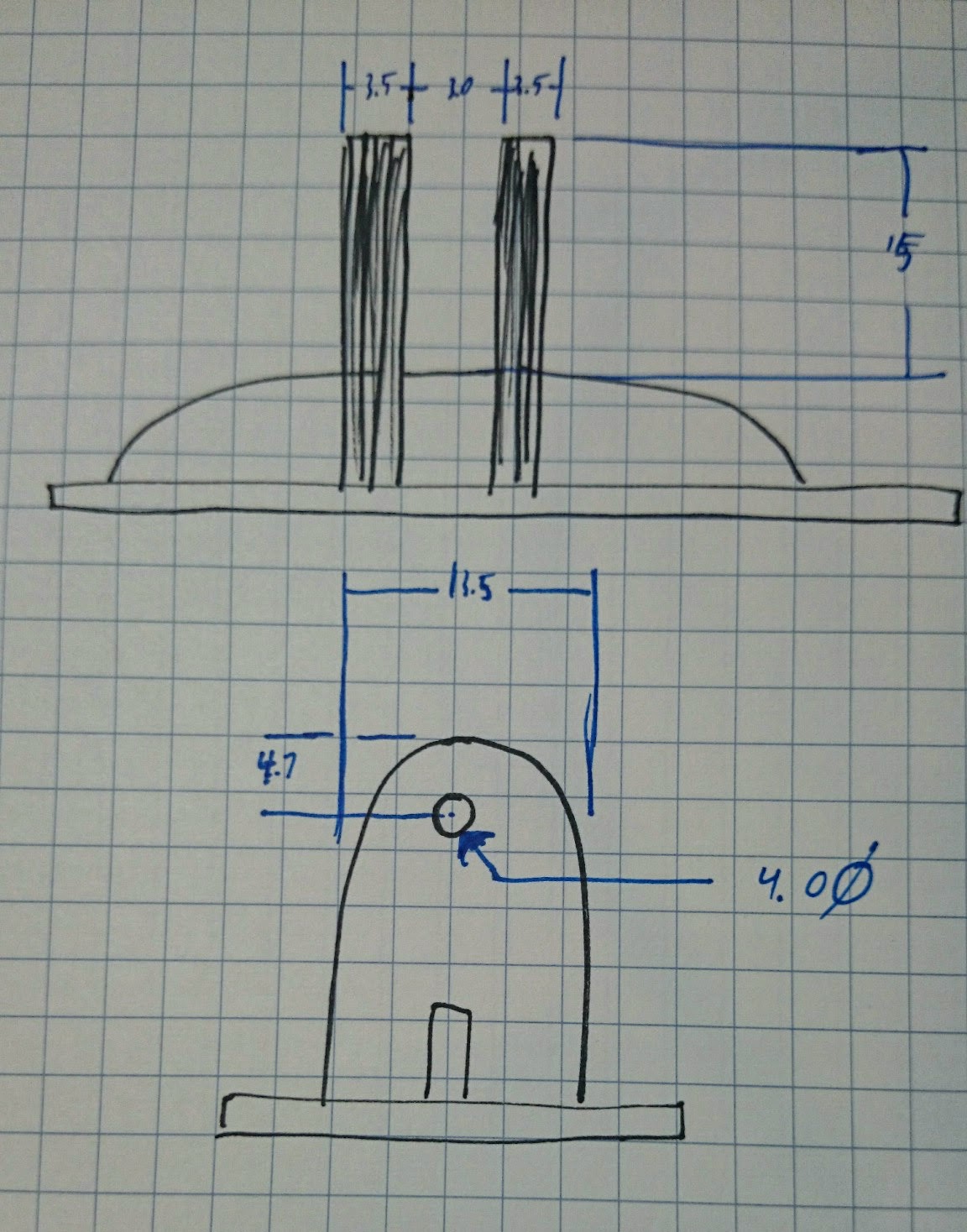