March 21, 2015
This week was all about the 3D Printed Automatic Tea Maker. In fact, the project was close to wrapping up successfully.

There were three printable parts vital to making the tea maker. The base which holds everything to the mug (3 posts), the platform (t-shaped) which holds the servo, and the servo arm (key shape) which dips the tea bag. These designs were modified and corrected to work better. The base posts were rounded to look nicer and fit larger cups. The key was lengthened and the hub was expanded to fit a servo horn better. The platform was spaced to fit a servo. 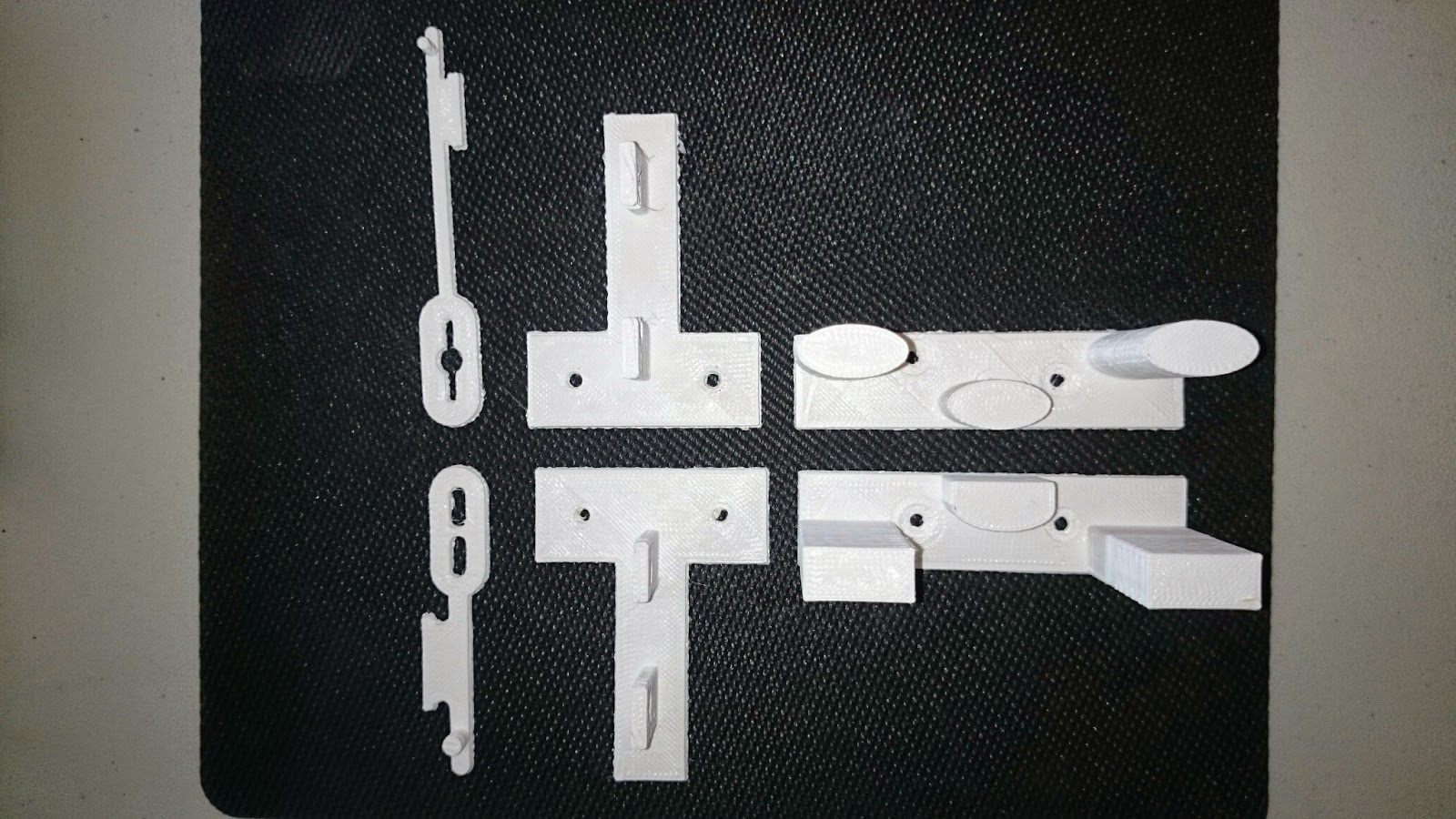 The electronics for the project were soldered together. This step came later than usual but the input and output were not fully decided upon so it was prudent to wait. The equipment chosen for the project was intentional. The switch used was lower quality than preferred but extremely easy to find and cheap. In addition, the switch could be installed from inside the enclosure so it could be wired immediately for testing then installed without having to break the wires or solder again. Most of the components worked well immediately. The speaker was replaced with a more appropriately sized headphone speaker. 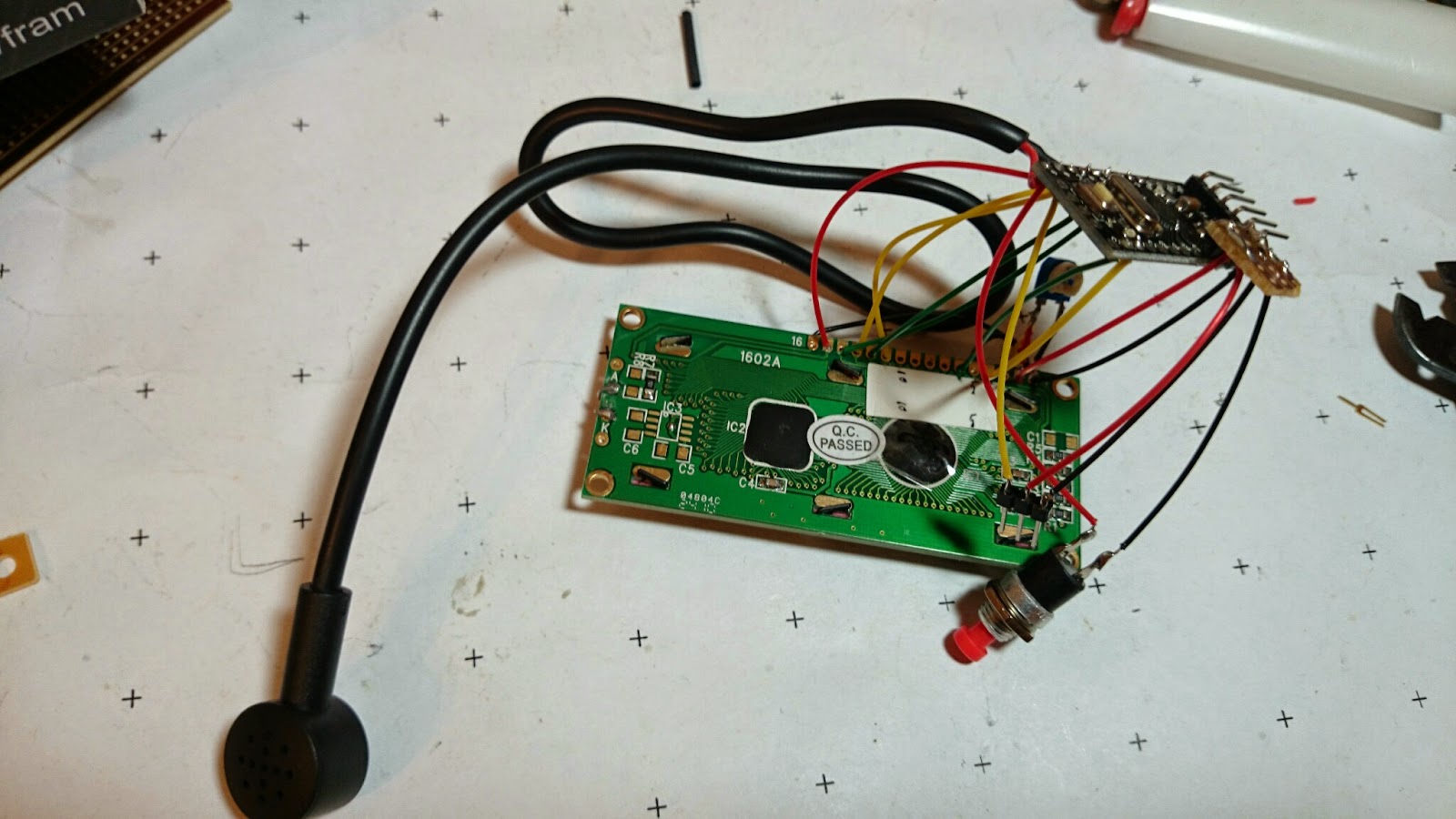 Most of the components soldered together 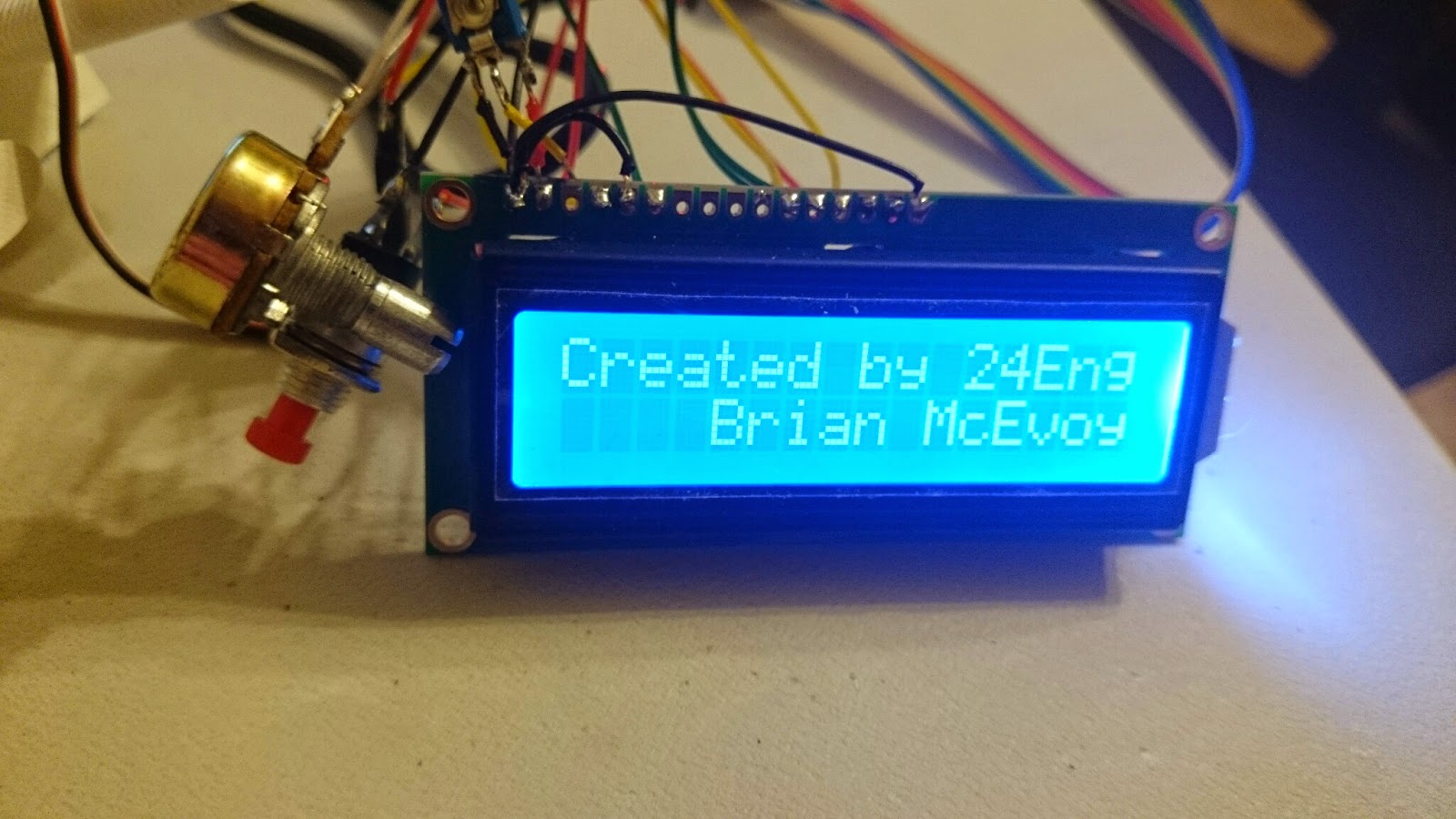 Once the soldering was done a good deal of programming was completed to get the project working. Some of the algorithms needed to be scrutinized drastically in order to display properly. The biggest and most vexing problem was receiving unexpected data when calling a particular function. The problem was the lack of a return statement which was similar to the HeartBleed bug. The bug in this program returned subsequent data registers rather than the desired integer.

Fritzing was downloaded for an attempt to utilize the breadboarding display feature commonly seen around the internet. The first step was to create the schematic which was very intuitive and will likely be used in the future. No breadboard display was generated but the schematic was valuable.

With the electronics and programming under control the enclosure was started. This was my first attempt at an electronics enclosure but being able to print an enclosure with an LCD cutout precisely included was valuable since the usual method was to cut a very ugly hole using knives or a Dremel. The measurements for the LCD were done by a combination of measurements and dimensional diagrams found online. The model was generated with OpenSCAD. 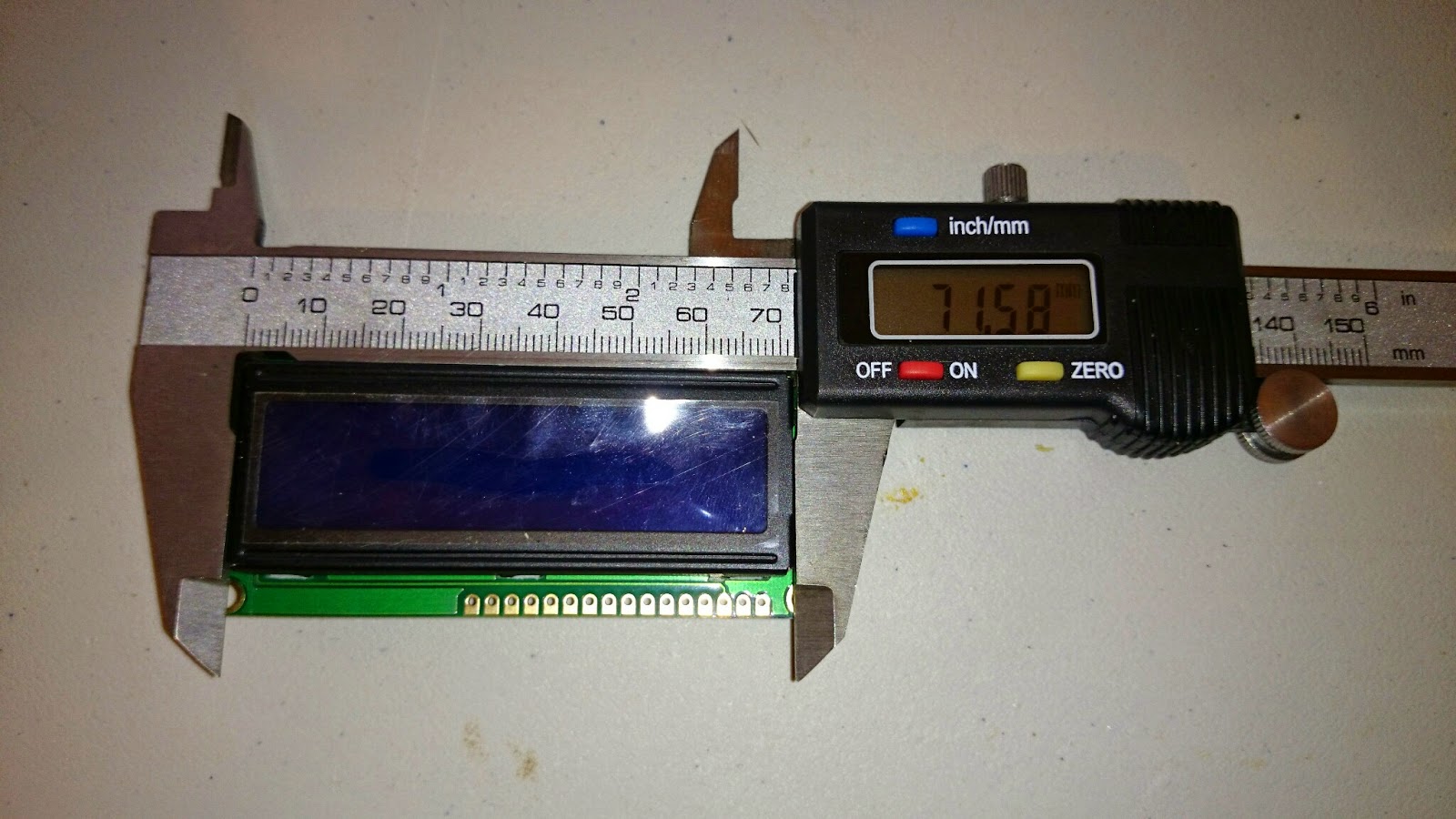 Measuring an LCD with a digital caliper

Animated view of the enclosure