March 01, 2015
Instead of importing the rendered pieces and arranging each instance the three calls were all put into a single file. Before they had been arranged horizontally which is how they would be arranged for printing. In order to test their fit the parts were arranged vertically and "stacked." Gaps were noticed between the pieces even though the parts lined up with the top of the retaining posts. The middle piece was made transparent and it was seen that the dais and base piece overlapped by the same distance as the gap. The transposition of the dais was corrected and the pieces lined up snuggly. 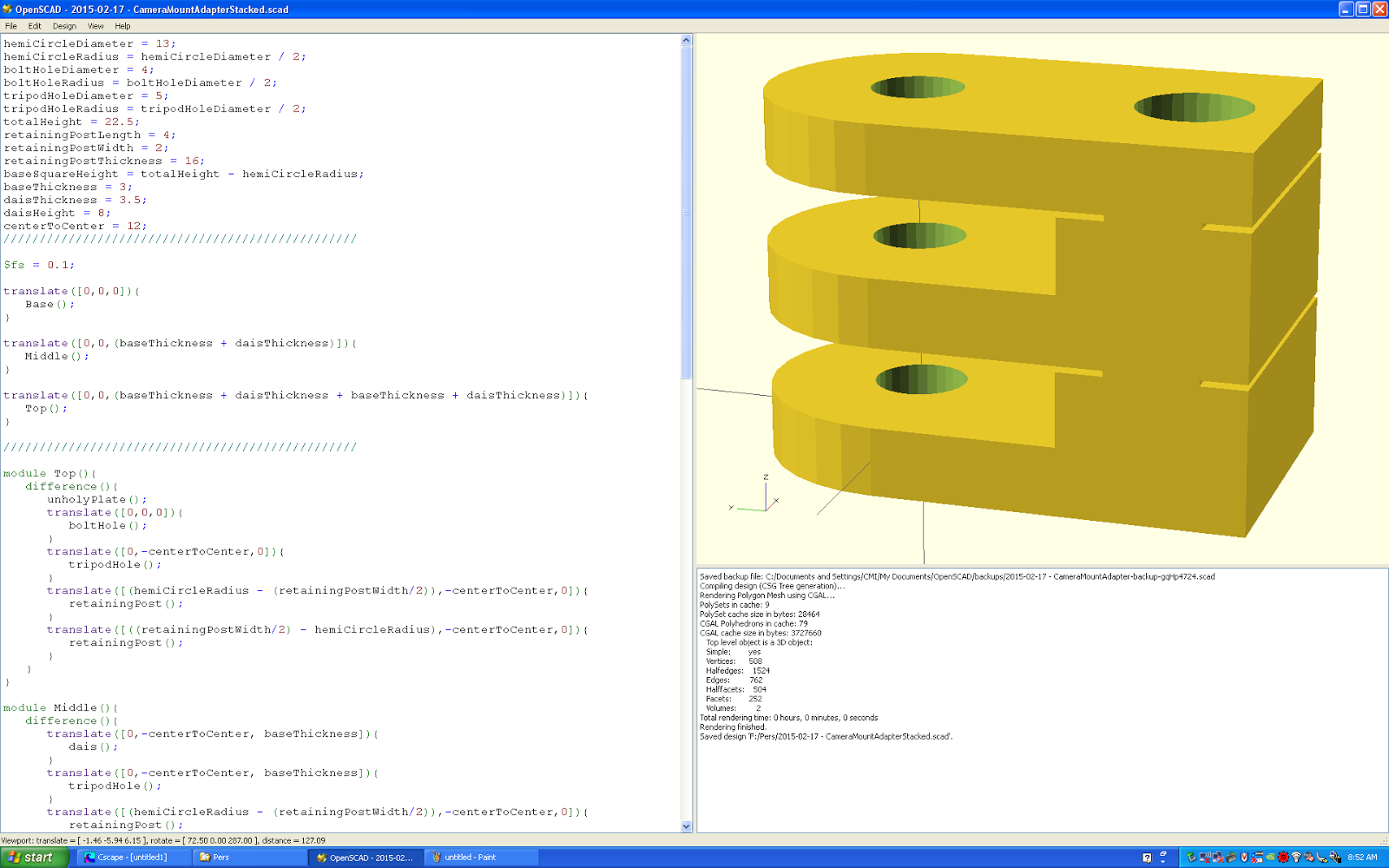 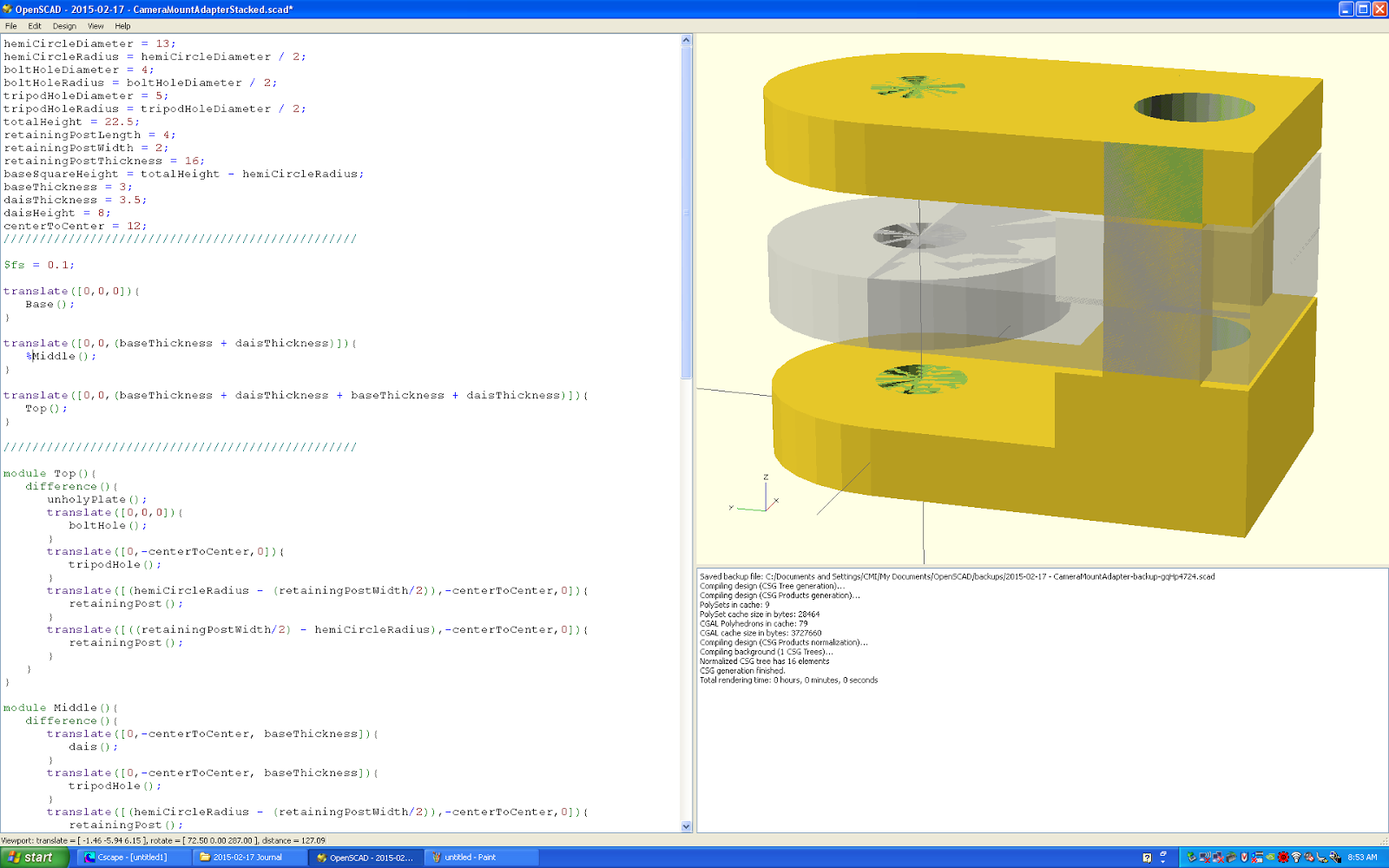 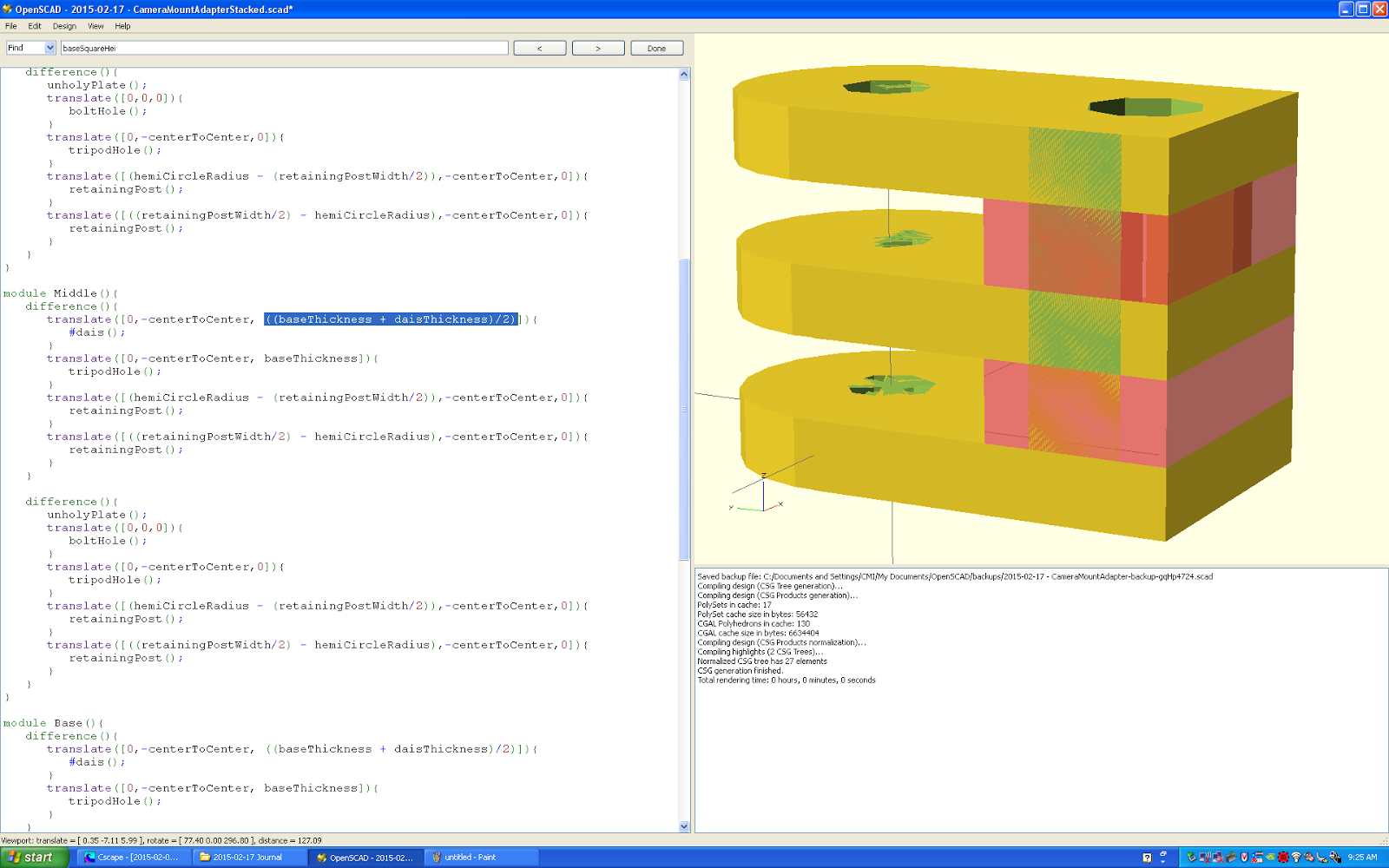 Corrected parts with no gaps or overlaps 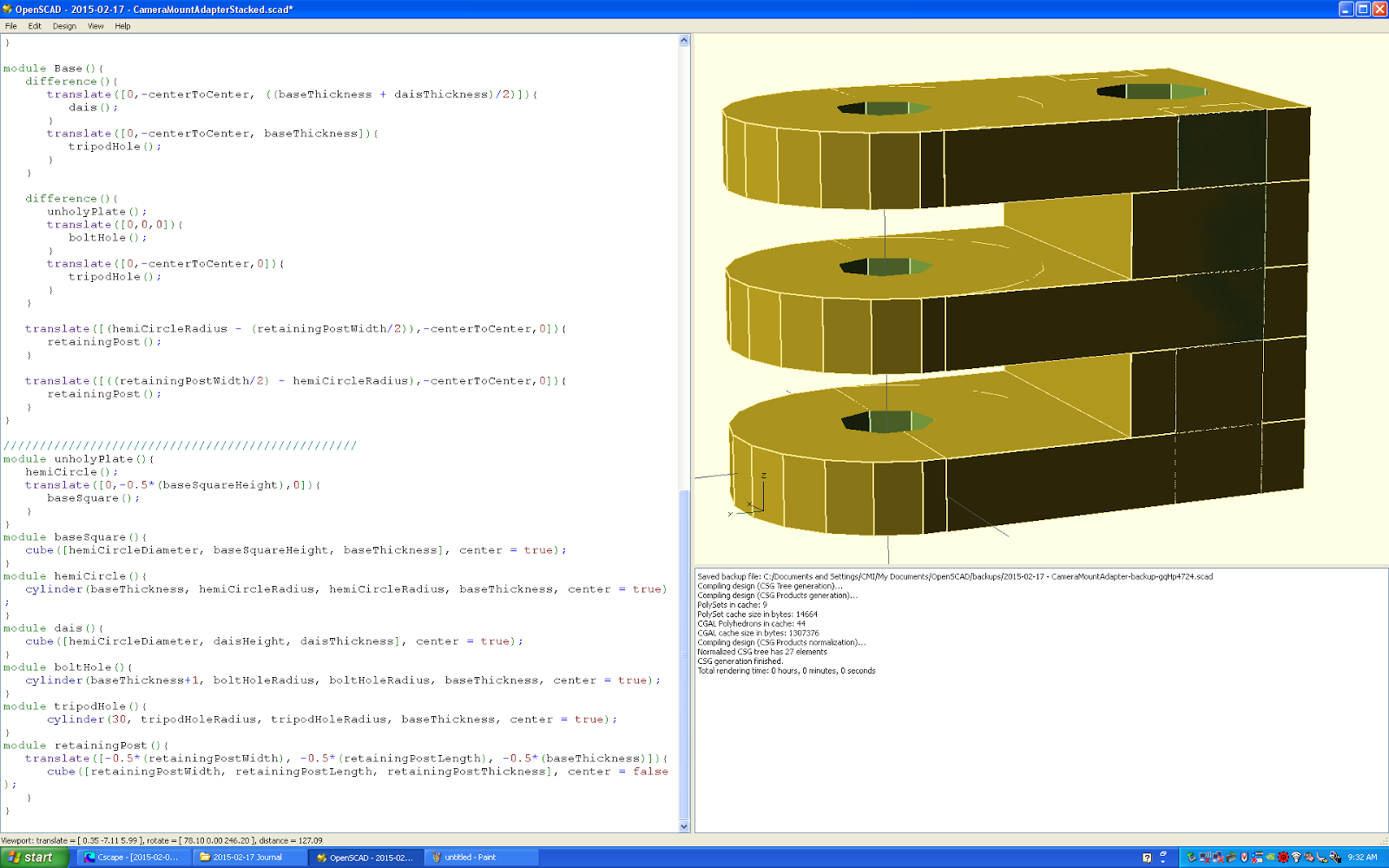 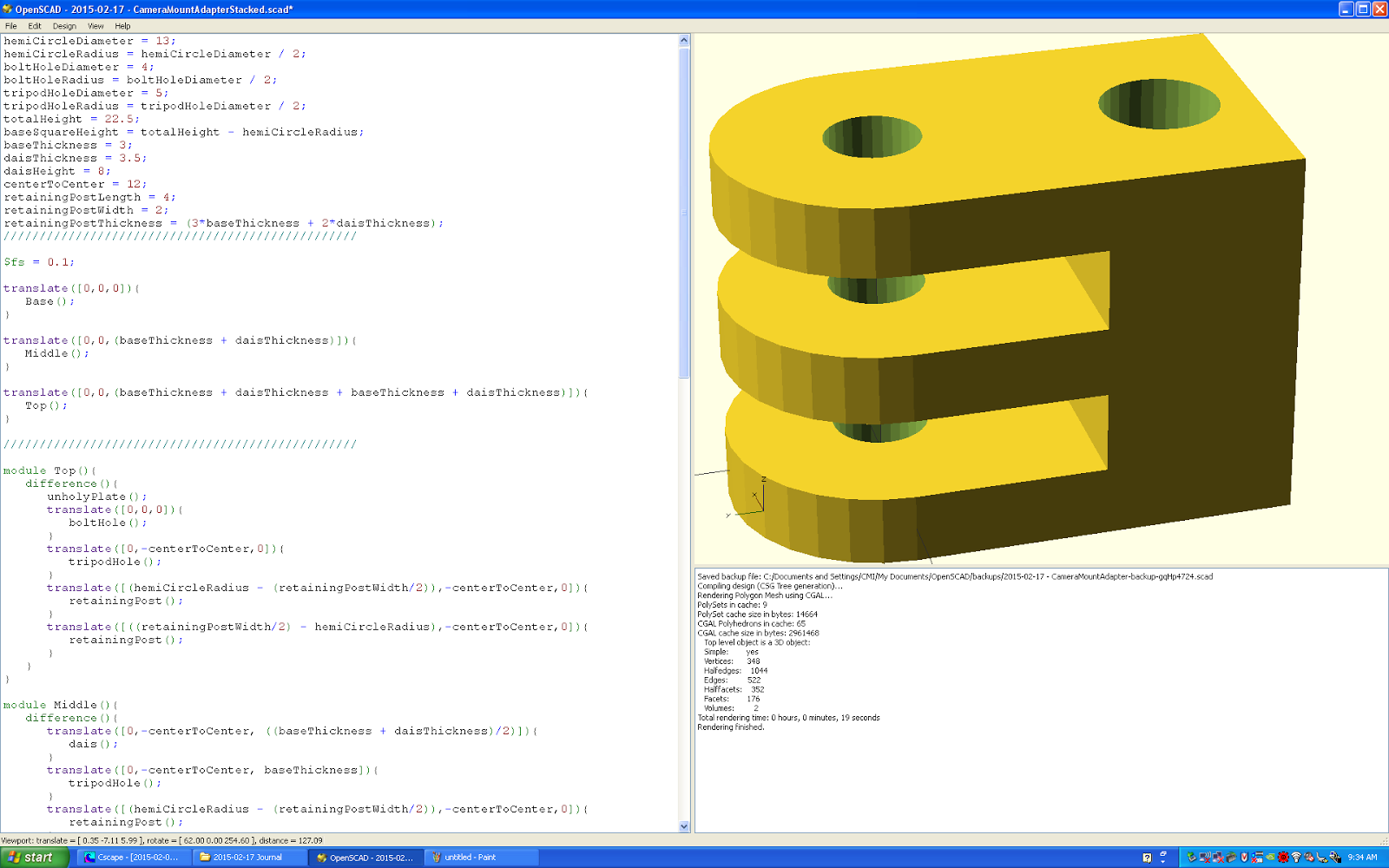 Since the printer would undoubtedly print with some overlap between the pieces and the adjoining retaining posts a variable was added to the program which would allow a gap to be changed in one location and affect all the parts. This sort of change was the purpose in combining all the models into a single file. The posts were shrunk on all sides by the variable's value and the holes for the posts were expanded on all sides by the variable's value. The pieces were arranged back in the vertical, "stacked," arrangement and the variable twas changed in order to test its effectiveness. Once the pieces all performed as expected the components were arranged horizontally for printing again. 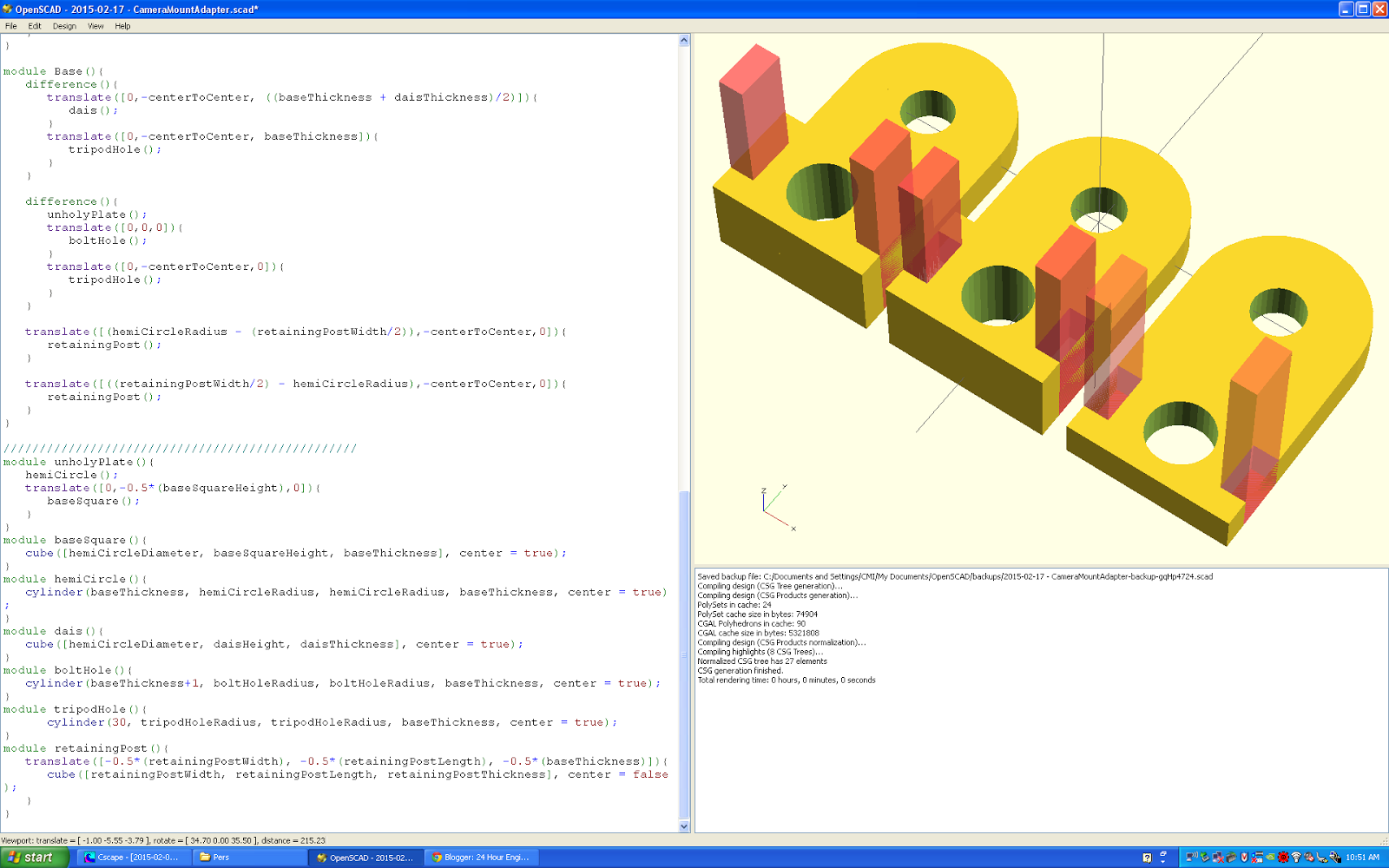 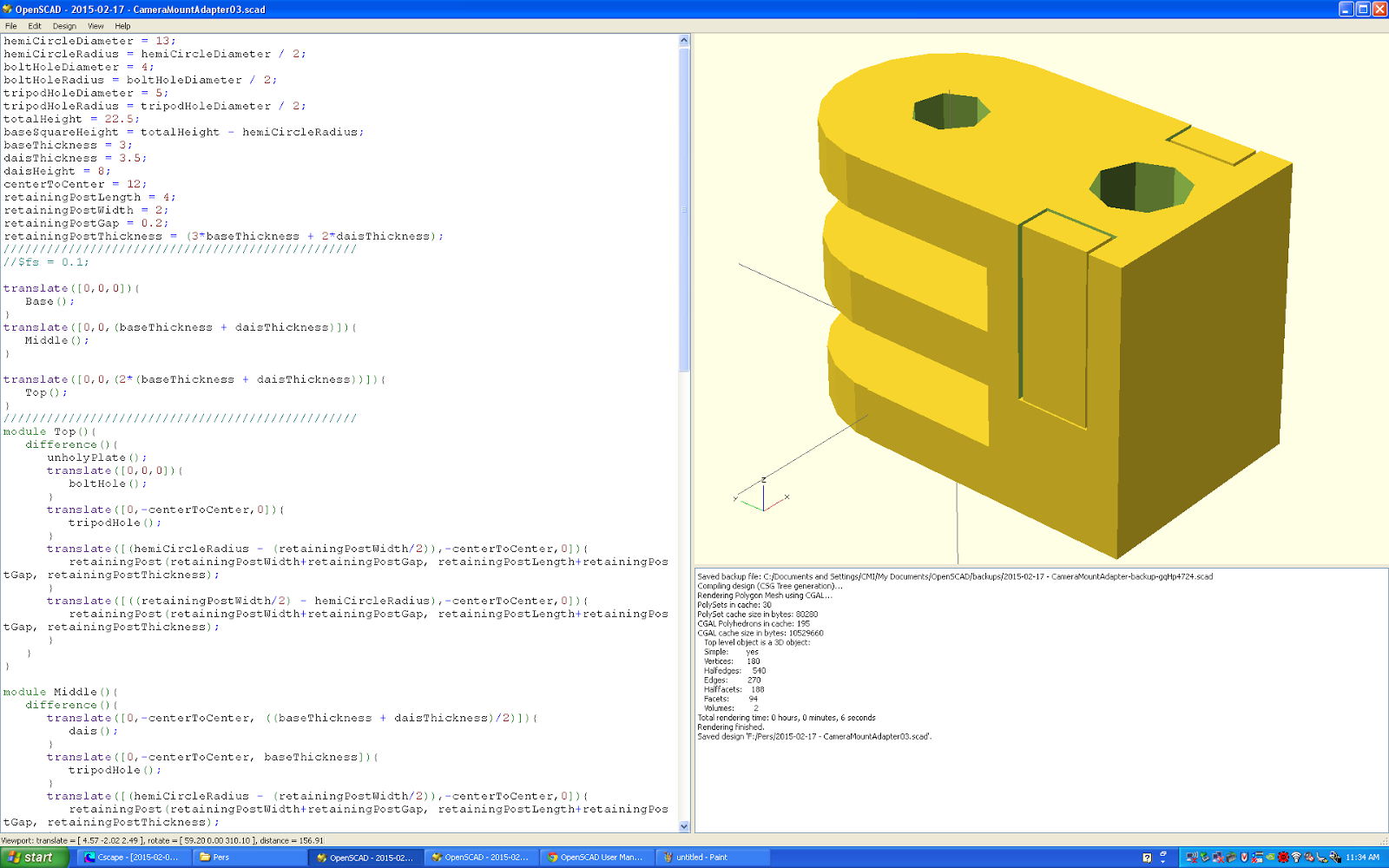