March 13, 2015
The code was drafted from the pseudocode. The functions were almost directly transcribed from paper to the Arduino IDE. A function was also added which takes a time, in seconds, and converts it to a string in the form "M:SS" since there will only a single digit in the minute field. Care was taken to display 0 seconds with two zeros "00" since printing a single zero on the screen would allow the previous digit occupying the tens spot to remain as an undesirable remnant. Since this function will also process the countUp timer it will have to be modified to show a leading zero anytime the seconds are below ten. 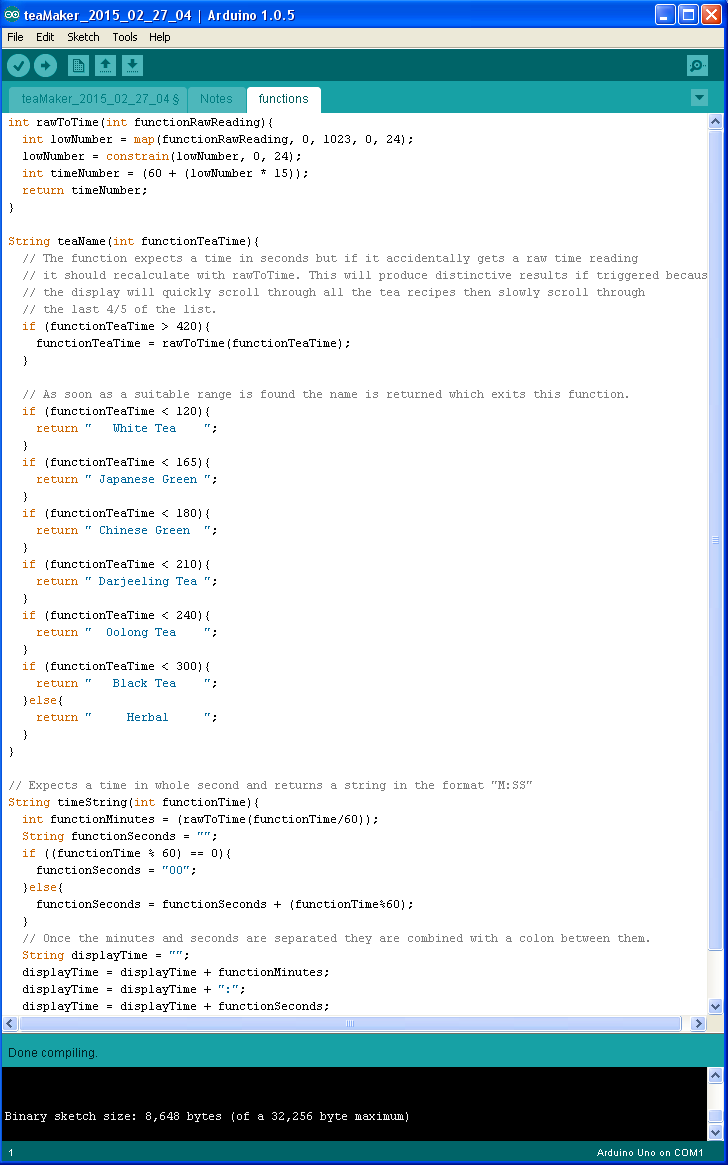 The body of the code was written. Libraries for the servo and LCD display were imported through the example code included with the Arduino IDE download. The majority of the work will take place in the functions so much of the code on the main page was declaring variables, start up routines, and making provisions for the libraries. 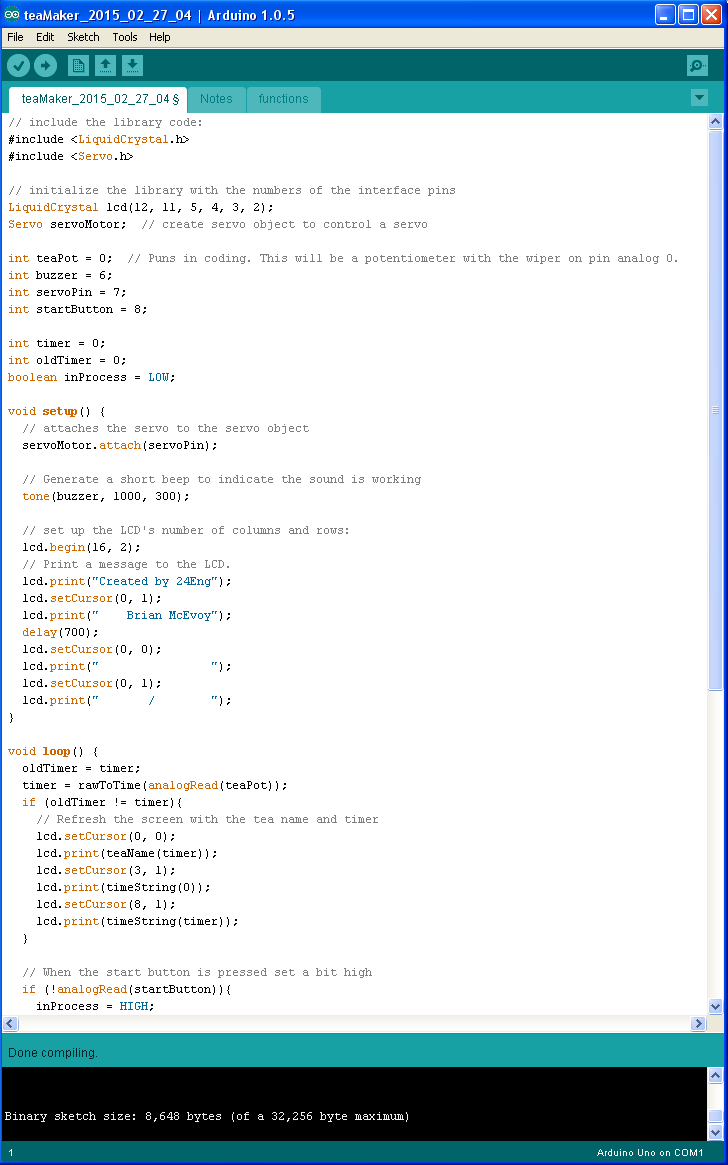