March 19, 2015
A text file was started which outlined the important measurements for the enclosure. Those measurements were added by referencing a dimension drawing found online by searching for "1602 LCD dimension." Once the appropriate variables were assigned some of the basic shapes were programmed without entering them in the OpenSCAD program. There was an advantage to this and a disadvantage. The advantage to programming with no error checking was that there was no temptation to check for errors so the workflow was uninterrupted. The disadvantage was that compounding mistakes, such as measurements which relied on previously entered measurements, were potentially huge. 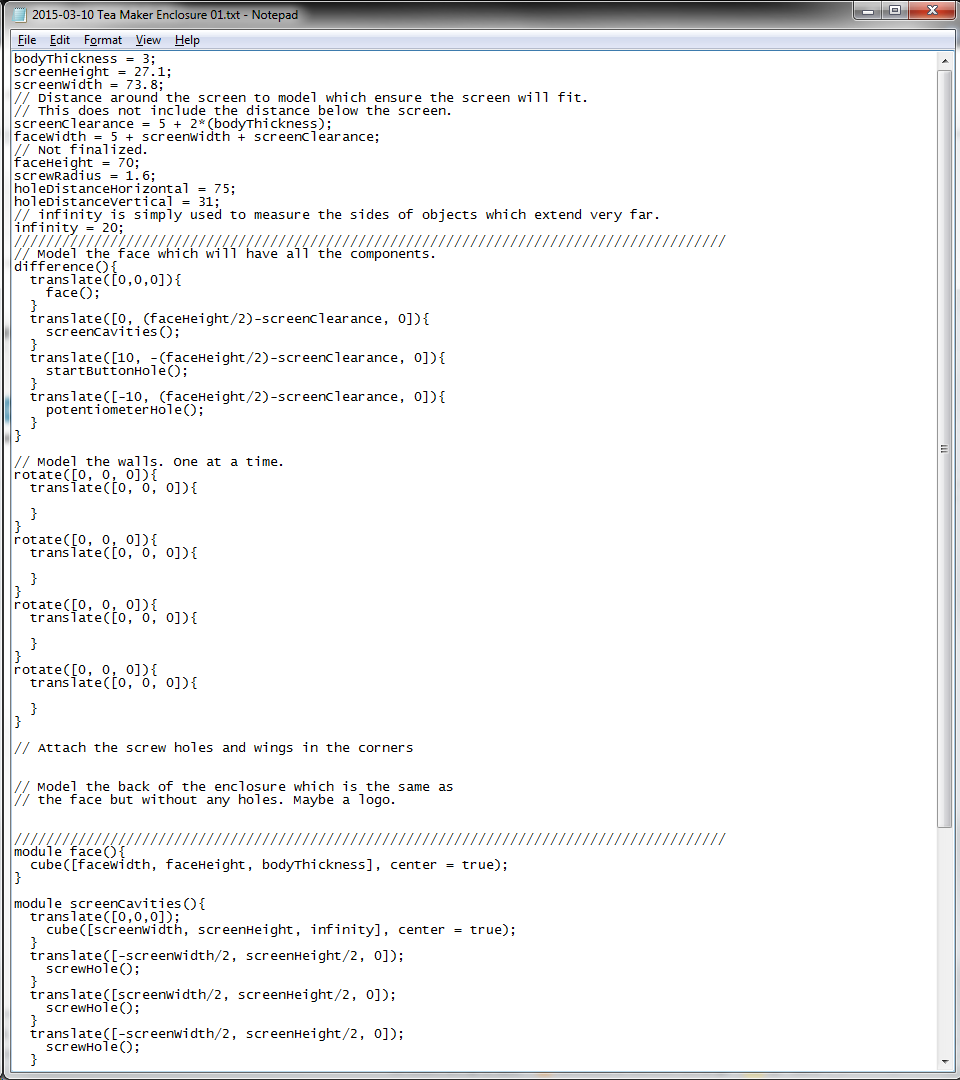 
Once the code was put into OpenSCAD some of the mistakes were corrected such as the placement of mounting holes for the LCD screen. These holes were visually investigated and appeared consistent with the dimension drawing used as a reference. No port for power was modeled since the method hasn't been decided. A hole may be drilled in the existing version unless other changes are needed in which case it may be reprinted. 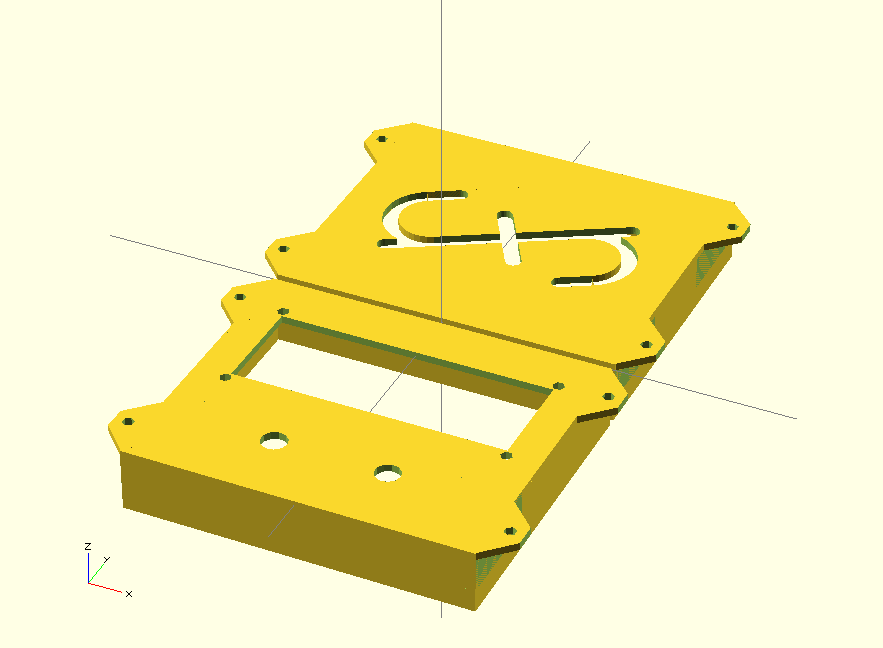 3D model of enclosure front and back