March 23, 2015
The 3D Printed Automatic Tea Maker project came to a successful close. The enclosure was successfully printed after recalibrating the printer's table which caused two previous attempts to end with errors. The electronics were assembled in the enclosure with minimal issues. The screen did not fit exactly and had to be forced into place but only took a little effort. The bolts holding the screen in place were not exactly centered. None of these issues stopped assembly. 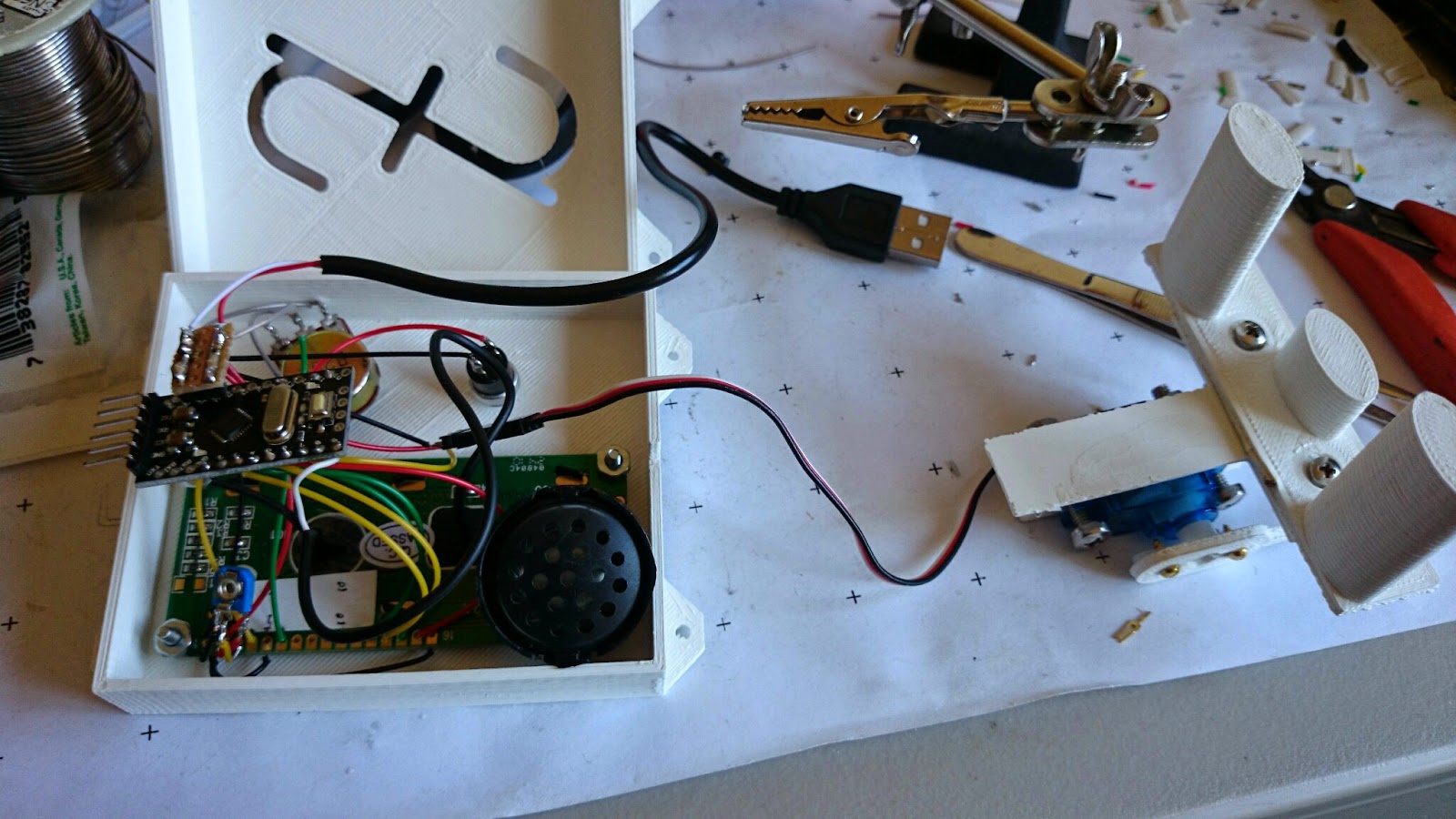 View of the inside after assembly 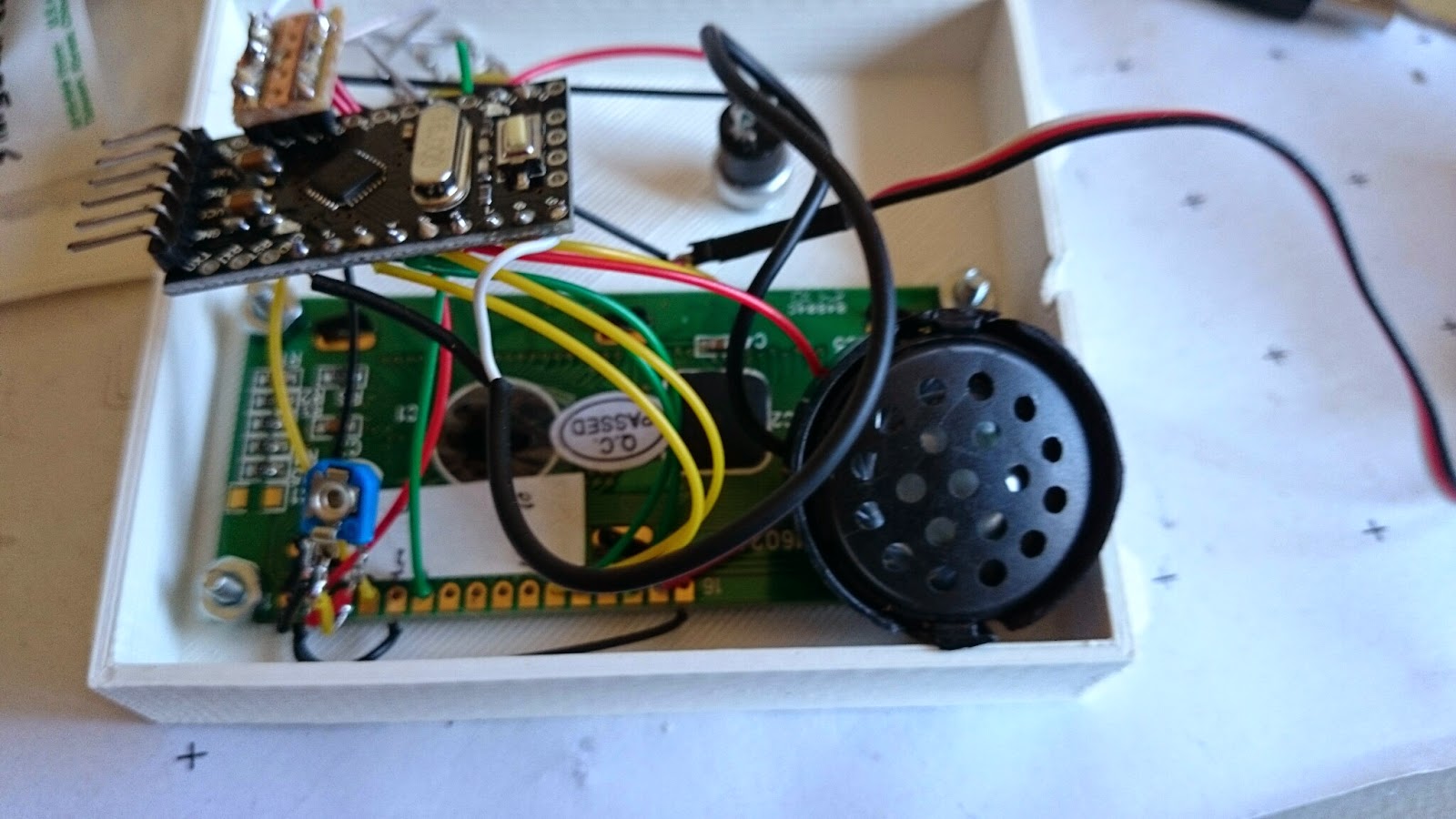 Close up of the inside

A USB charging cable was salvaged and the end was cut off to provide a USB end which could easily plug into a power supply or computer to provide power. The wire ends were soldered to the power terminals of the Arduino. Since the supplied power was now directly powering the servo motor some of the power issues noticed before went away. Once the unit was assembled it was tested and proven successful. Two videos were made to show the unit being run and the finishing of a successful run. #4-40 bolts were used to fill all the assembly holes.


Setting the tea maker and starting

The tea maker finishes brewing a cup of tea 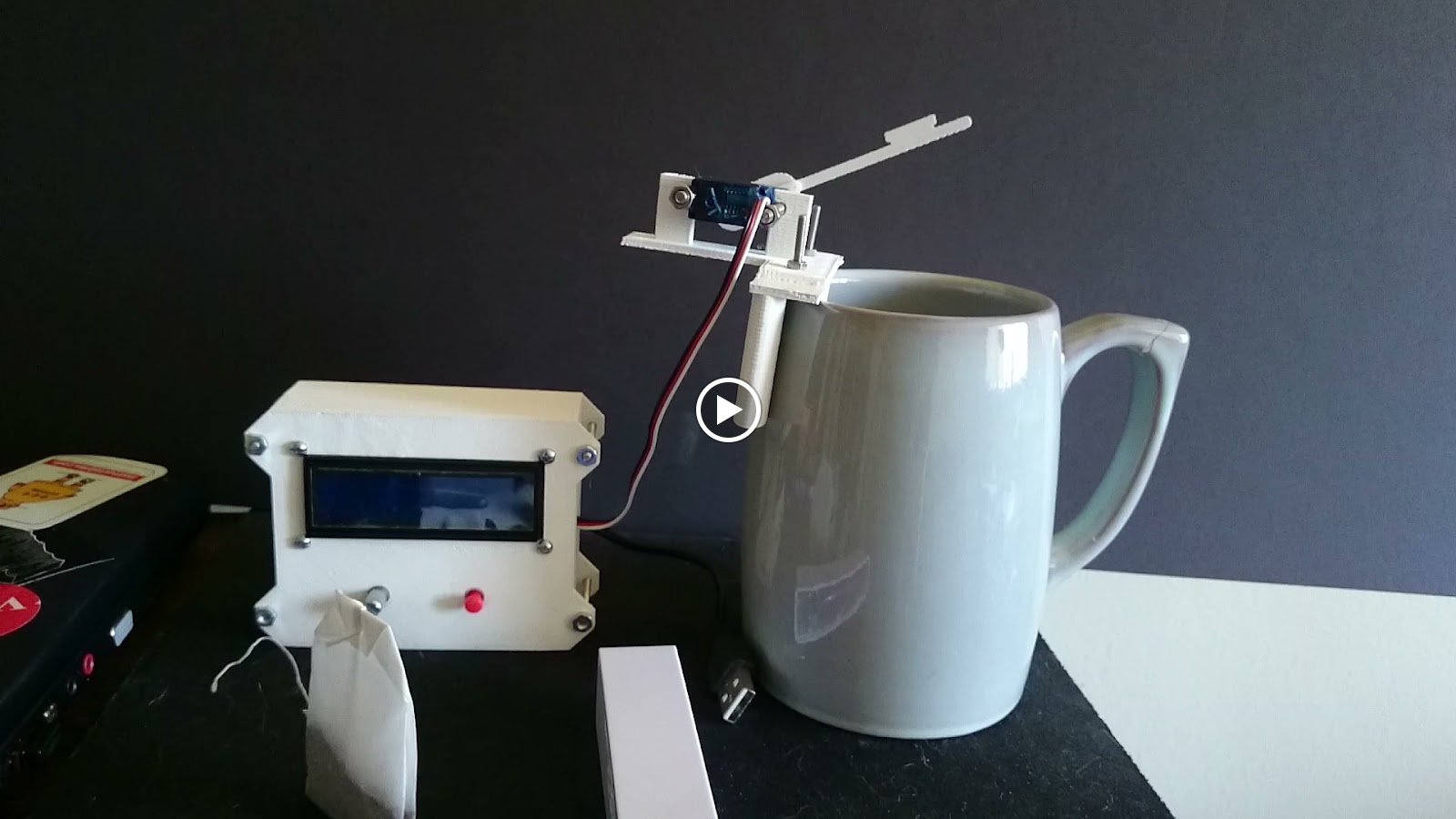 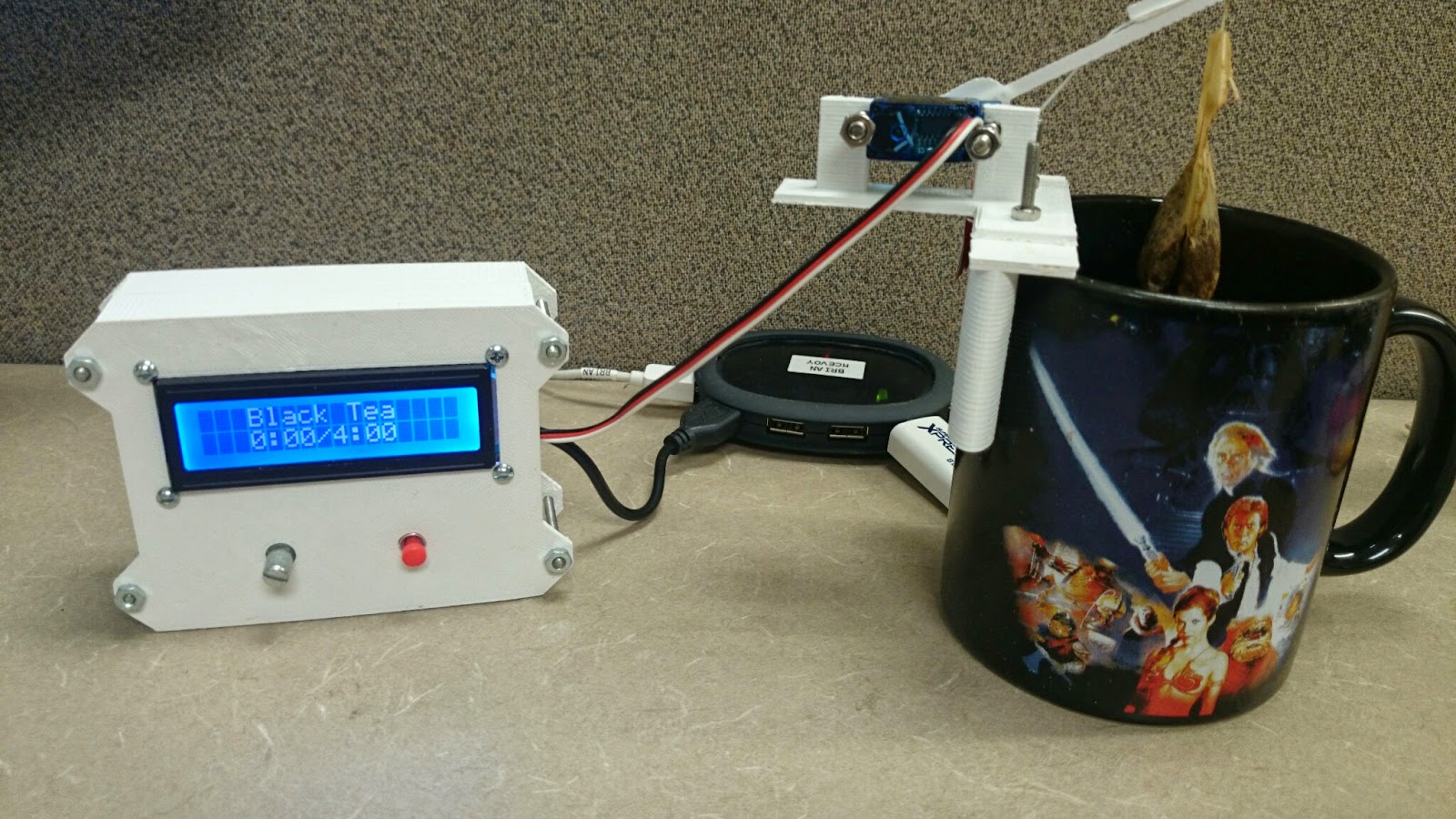 Tea maker set up at my desk