March 27, 2015
The first printing of the enclosure was meant as a draft copy which would require revision. Measurements were taken and parts were held up to it and laid inside to get an idea of how they could all fit together. Previous workflows without a 3D printer could not feasibly create an enclosure with the sole purpose of visualization in order to create future editions.

The ultrasonic distance sensor did not fit into the holes as designed by using internet resources. The spacing and sizes were nearly correct and the discrepancy may have been due to the printer's tolerances. The screw/bolt holes however did not match the model of distance sensor so measurements were taken and a second footprint was generated which matched the model used. The bolt holes were significantly smaller and the only size of bolt which could fit was 1.6mm which was fortunately available at a nearby hardware store. The second faceplate was printed as a thin piece which was merely meant to test the fit of the footprint. It fit well and also demonstrated the need to put a spacer between the ultrasonic transducers so the sensor would sit parallel to the plate. 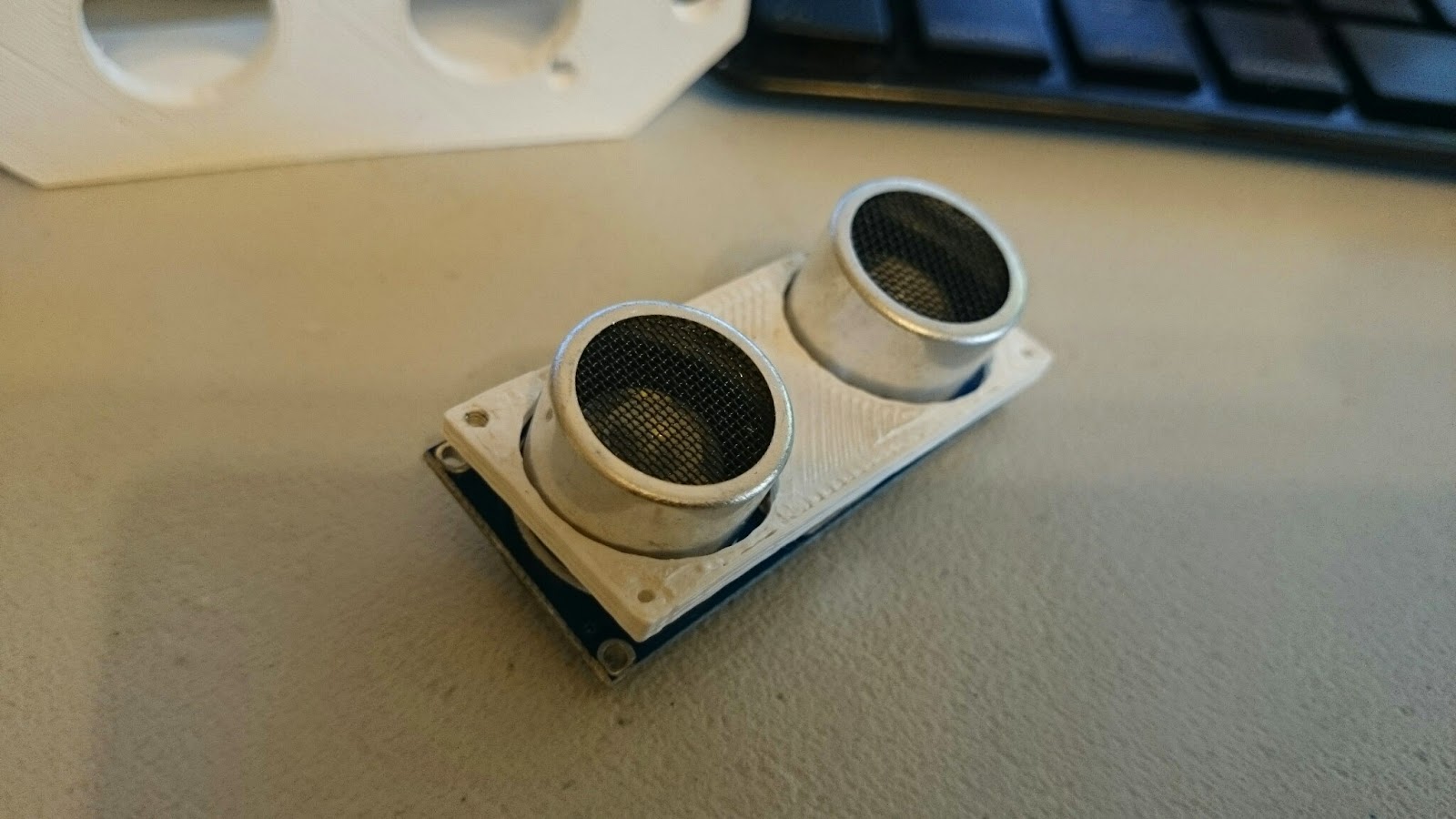 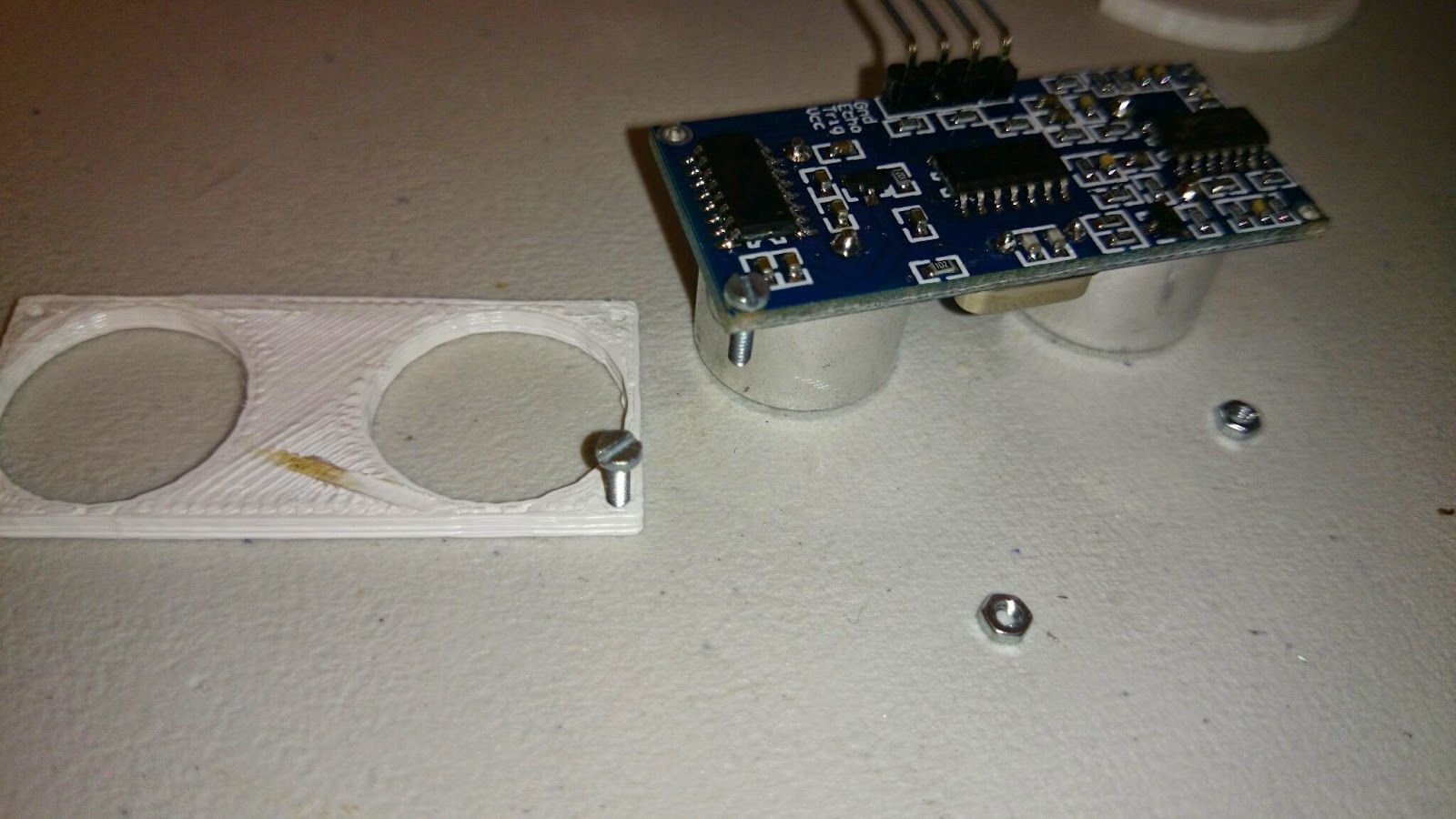 1.6mm bolts with sensor and faceplate

The servo mounting issue had not been addressed before the first enclosure had been printed. After holding the servo in different positions it was easy to see different ways of mounting it. The most efficient solution was reached after days of contemplation and involved keeping the servo entirely out of the enclosure and mounting it on posts extending from the rear cover. This will keep it opposite the direction the distance sensor faces so the components form a line. This will also shrink the enclosure size. No sketch or model has been made of this proposed shape. Measurements were taken to increase the likelihood that the next print of the device will be final. The servo horn attachment has not been tested but will not need to be reprinted unless it needs to be changed.