April 11, 2015
This will be the last week totally dedicated to Self Contained Haptic Distance Sensor. Everything except for the instructions have been finished. A complete enclosure was printed and everything fit. The cumbersome USB cable was replaced with a sleek little 1.3mm x 3.5mm barrel power connector so without a cord attached it fits neatly in a bag or palm. The cables are less than a $1USD and the sockets are even cheaper. A long animation was made which combined every captured change to the enclosure in the order it happened but for some reason it got a reddish background. 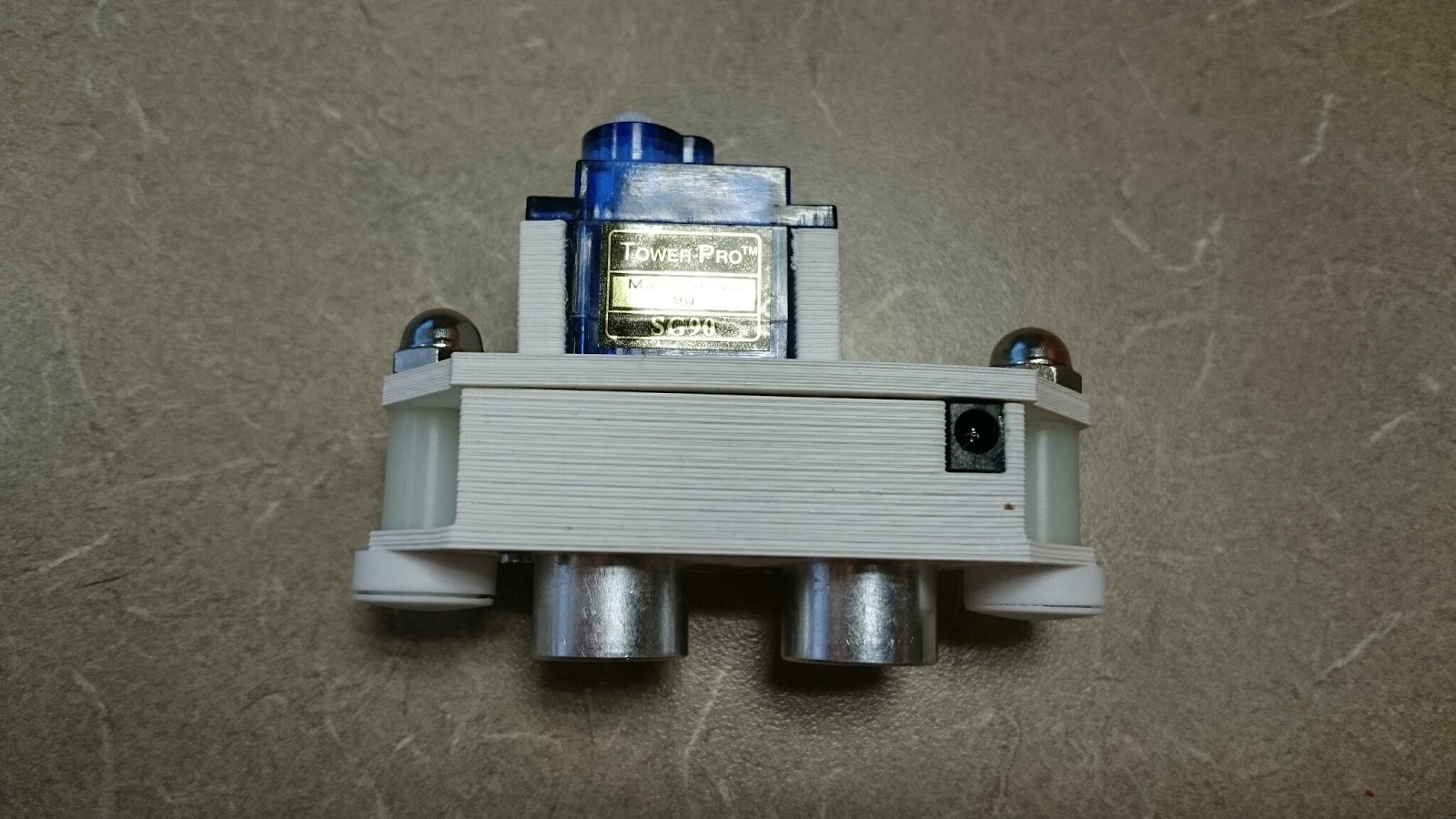 Finished enclosure all put together

All the changes made to the enclosure

The problems with the project were corrected. The first problem was poor wiring. Salvaged phone wire was used to connect between the ultrasonic distance sensor and the microcontroller board. This particular time the phone wire was unusually cheap and lead to a poor connection. This was replaced with pure stranded copper which was stiffer and restricted positioning inside the enclosure but gave a more solid connection. The gawdy code was completed erased a new program was written which ignored the prebuilt library for servo control and sent timed pulses directly to an output pin. This type of minimalistic programming is difficult to decipher and finicky about changes but very clean for the processor. 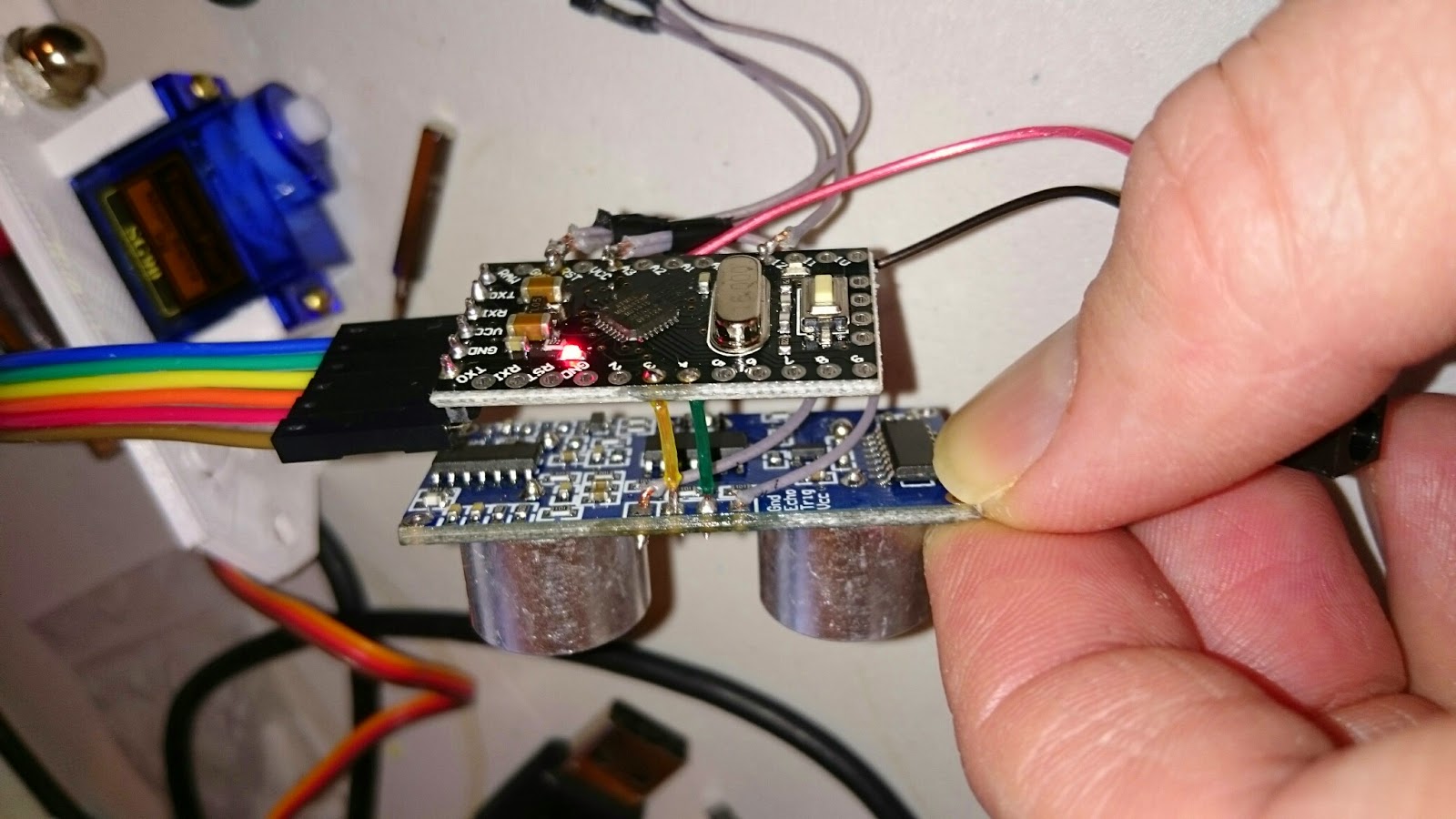 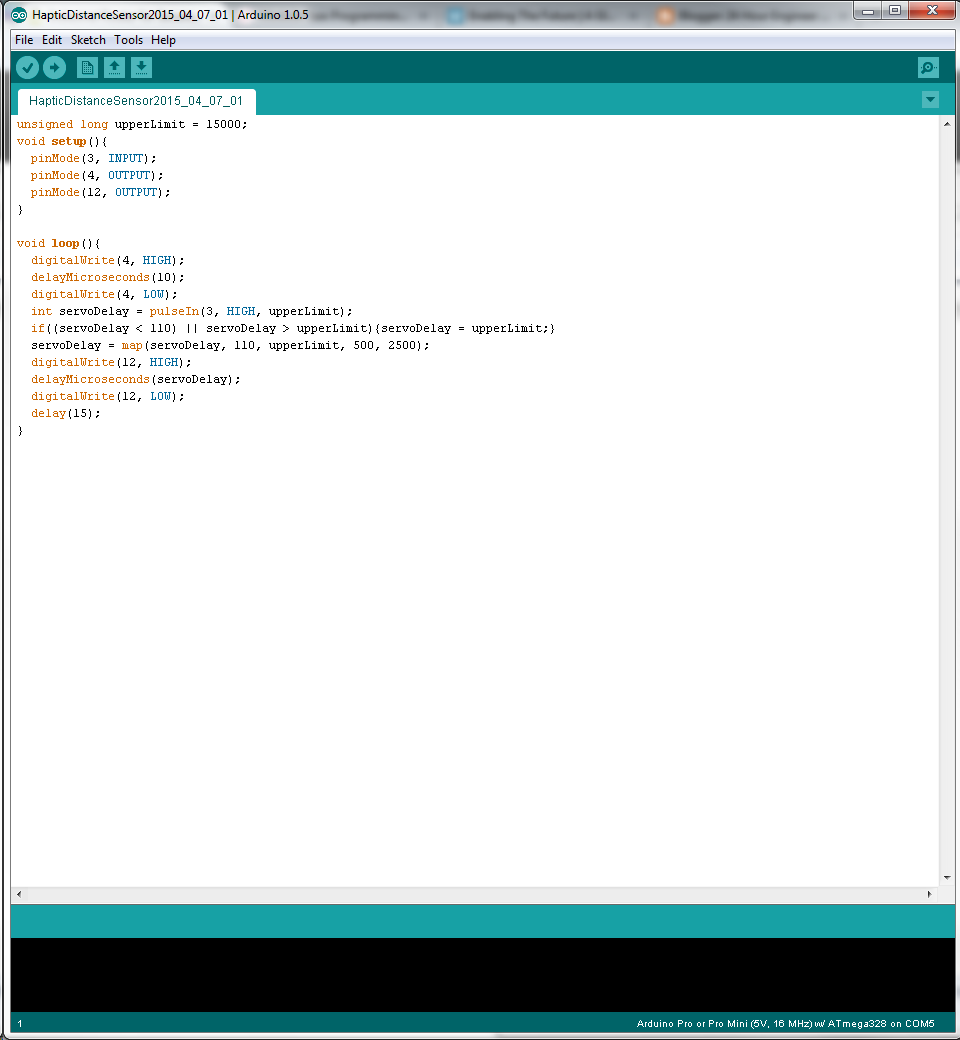 A short video was uploaded which demonstrates the distance sensor responding to a moving object held above it. The range for this demonstration was greatly reduced compared to what the ultrasonic distance sensor is capable of. Since the range was reduced a large amount of servo movement was possible by moving a folder above it. A rotational animation was made showing the sensor in 360º by taking photos. The Rotational Photography Rig was not used due to its cumbersome nature. Parts for an improved model were ordered as a potential future project.


Files for Self Contained Haptic Distance Sensor:
The OpenSCAD files below are not necessary unless you want to change something