May 04, 2015
Code for modeling mechanical gears was written which required minimal inputs. The goal was to have a file which could be used to generate gears compatible with one another and minimal fuss. Initially the goal was to have rounded teeth but the shape would have been complex and the math would have been much more complex. For this version only triangular teeth are used. Gear modeling was more of a thought exercise than a necessity since other modules must exist. Fortunately the specifics of this module are clear to me so printing gears in the future should be simple.

Animations were made showing the length of the code and the flexibility of the gear module. The frames were made by incrementing or decrementing one variable at a time and varying the base gear which has five spokes. In OpenSCAD it is mean to be called with the "use" or "include" commands. The file was made public.
No rendered version is offered since it it meant to be a module capable of creating many gears rather than a single rendered model. In order the user can choose:
*These two must match when rendering different gears if they are to mate

Options which can be changed on gear 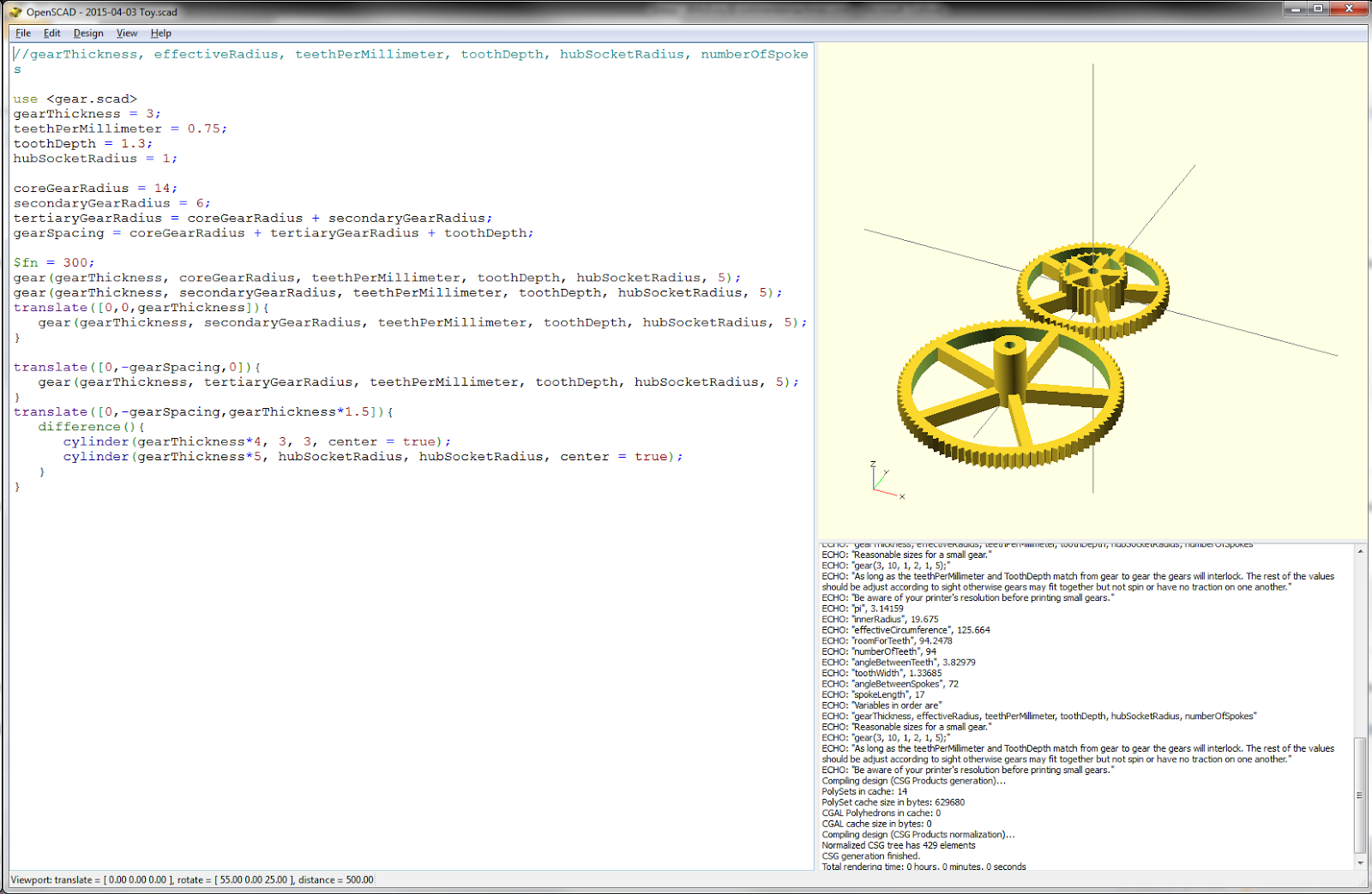 More posts like this one have been arranged by date.