May 20, 2014
My project journal started on January 1st 2011.  The first thing I wrote in the journal was "This is not a new year's resolution."  The purpose was to encourage myself to write, build, research, program or brainstorm every day.  Every day.  If I missed a day I would leave a blank page with only the date as to remind myself that I failed to be productive.  Later, I found out this is commonly called "The Seinfeld Method" since it was popularized by the entertainer.

For me it is important to keep mundane things out of the journal if they're the only thing I did that day.  For example, on 2014-05-08 (Th) I bought some steel bearings for use in the ESPeri.Impass project.  I didn't make a journal entry for the ESPeri.Impass because just picking up a few ball bearings isn't really progress.  Now, if I had attached magnets to the ball bearings and tested their viability as compass spinners I would happily have mentioned that I bought ball bearings and what sizes I picked out, what store I bought them at and how much I paid.  Since I didn't get around to that kind of testing I didn't make an entry for it at all.

There are very few days I haven't worked on a project and I'm proud of how I've kept up.  If I'm honest, half of those days are excusable.  The other half I totally let laziness get the best of me until it was too late.  Those days are few and far between and I work hard to keep it that way.


The compass was tested by spinning and shaking.  The bump on the side of the spinner could be felt through the titanium whisker but the edge of the cork could also be felt.  The tapered shape and shallow depth of the cork is problematic.

Problems with the short tapered cork

A new design was conceptualized.  This design uses a wooden dowel with a magnet embedded and uses rubber O-rings to constrain the movement but still allow for easy rotation.  Whisker stimulation bumps will reside halfway up the container rather than near the bottom.  The whisker will be attached the same way with a silicone seal. 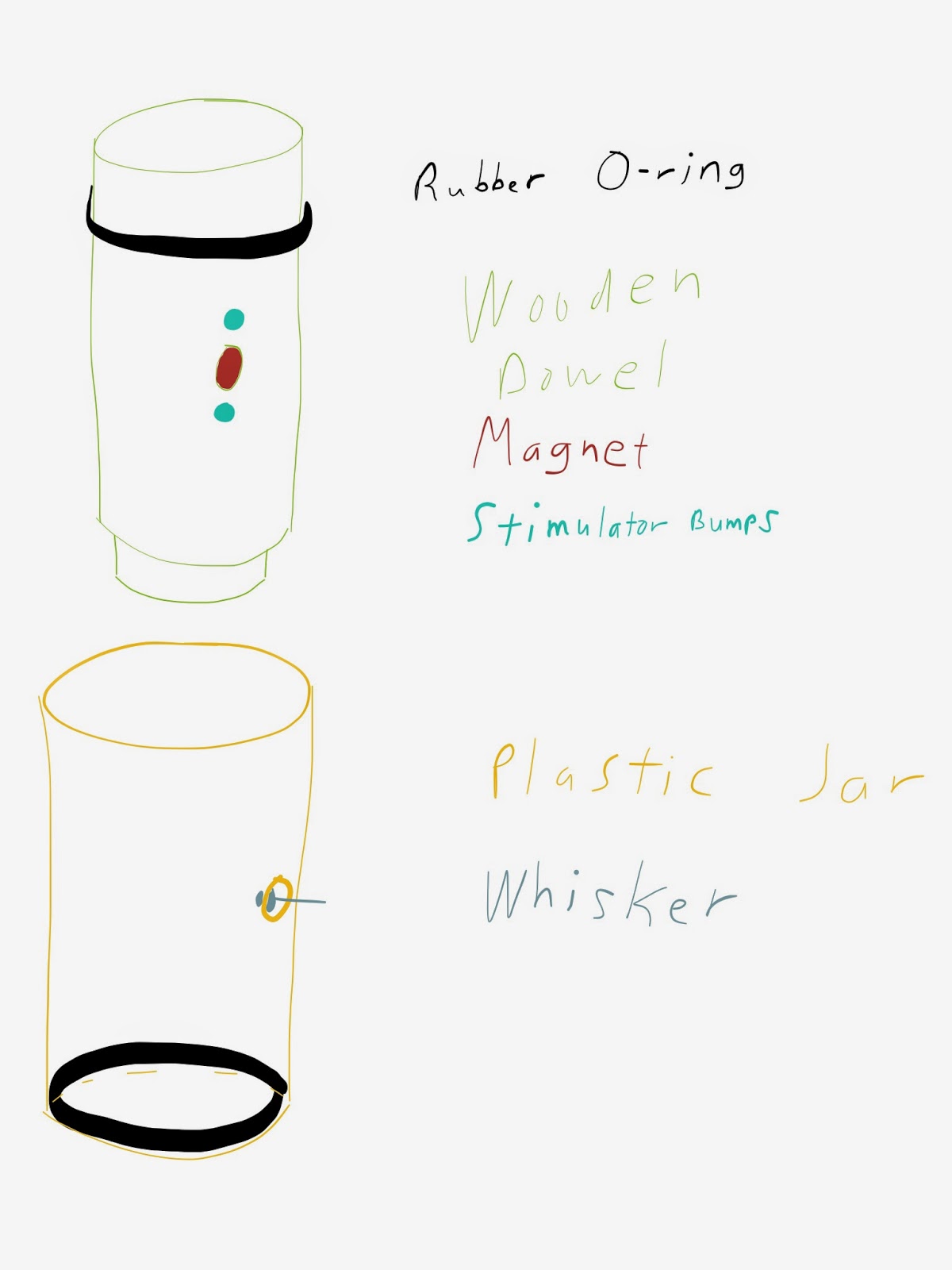 A new jar was measured at 1 ¾” tall so a hole was made at 7/8” from the edge with a heated soldering iron. 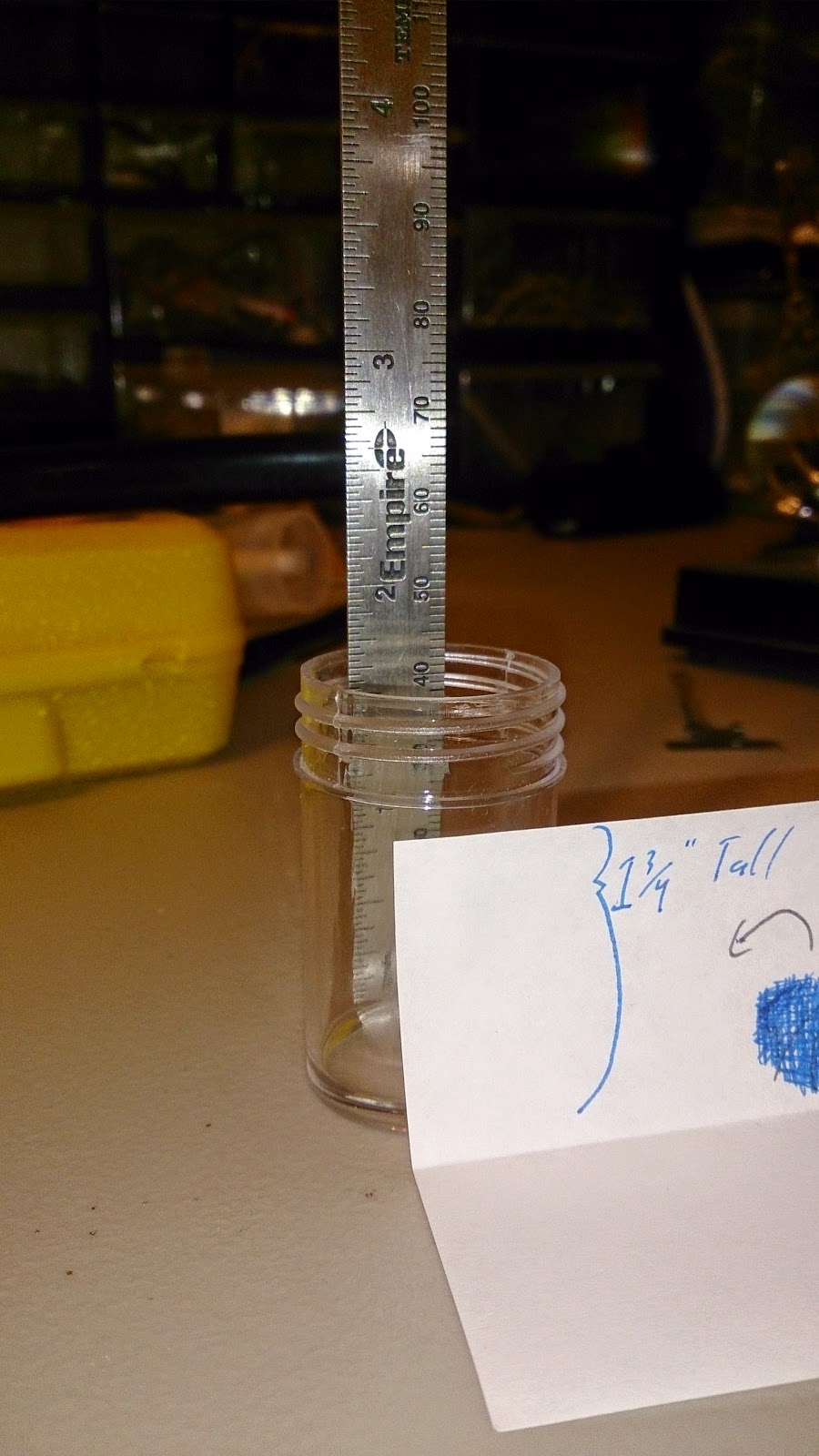 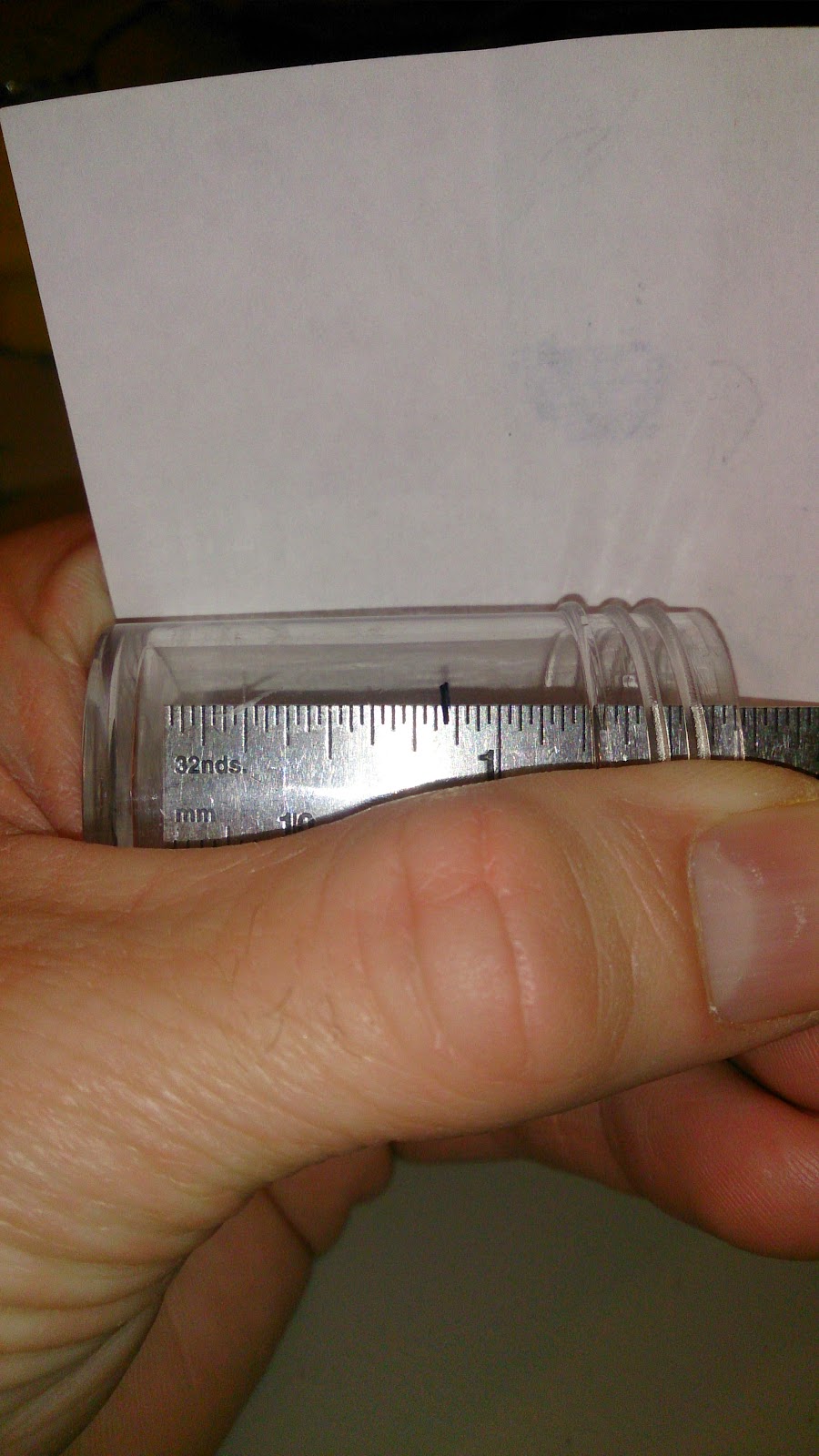 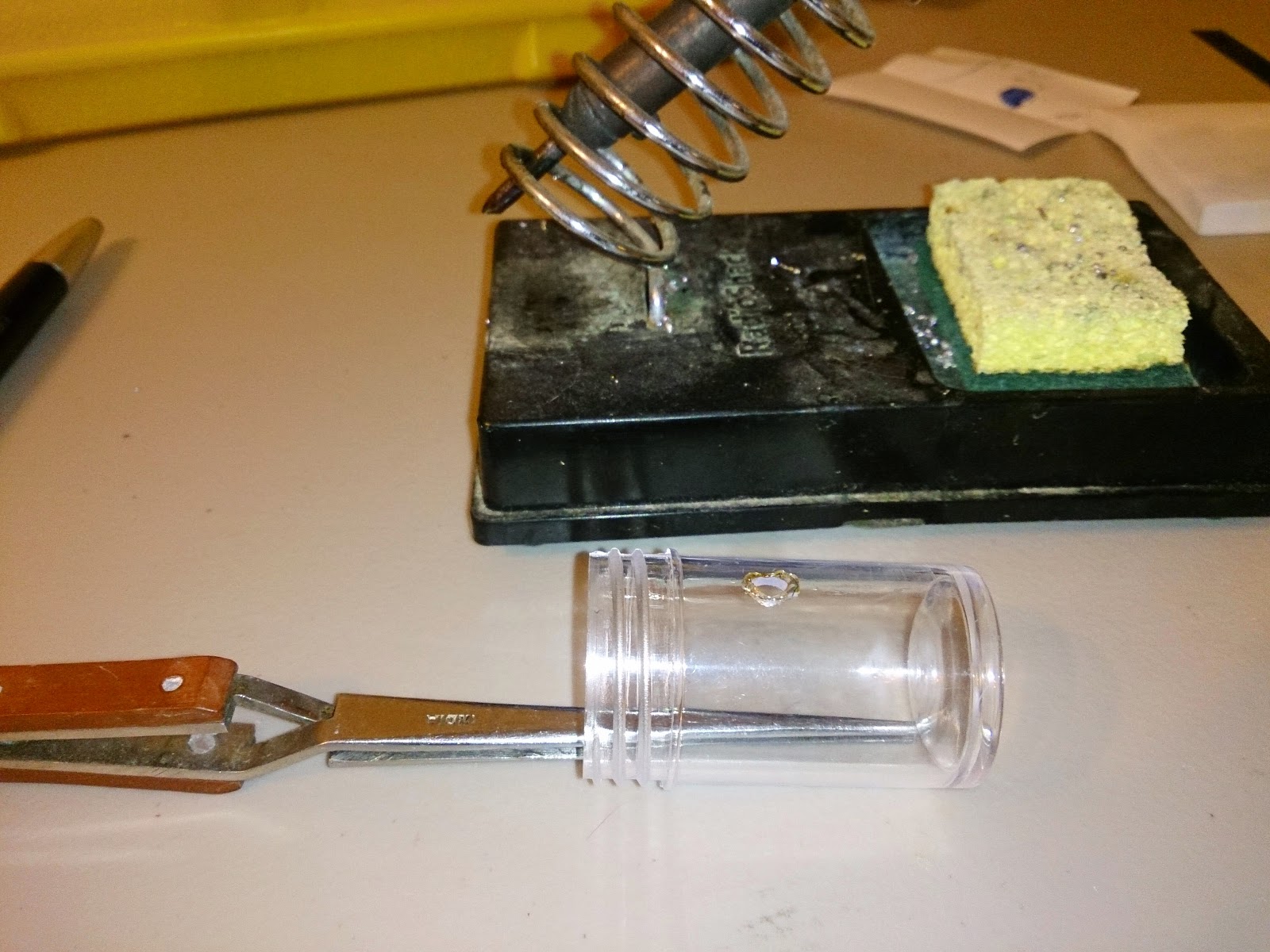 Another titanium piercing earring was chosen as the whisker.  It was put into slit tape like yesterday but a smaller piece of tape was used and the ends of the tape were folded over to make it easier to remove when the silicone is dry.  Silicone was applied to the opening. 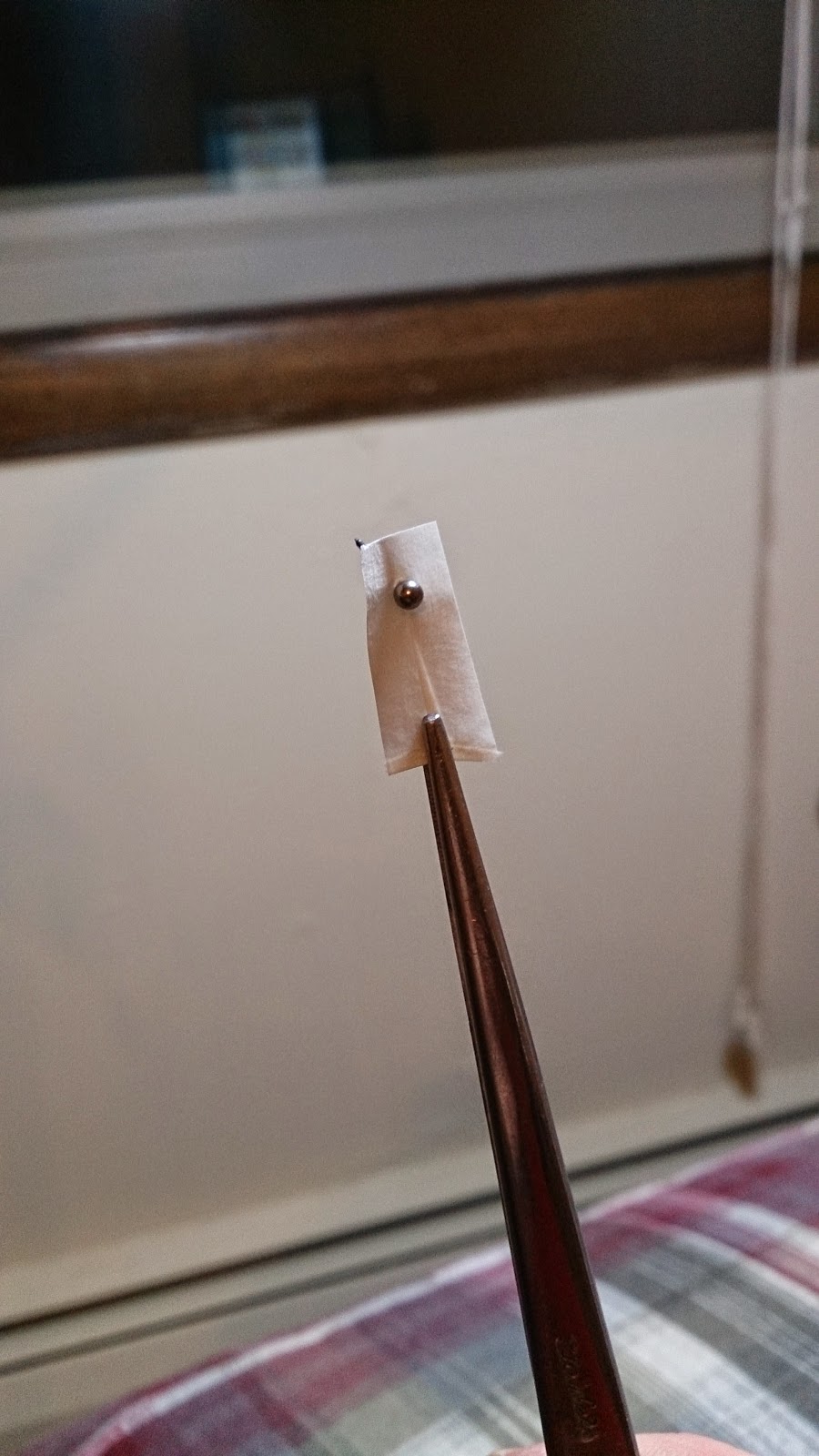 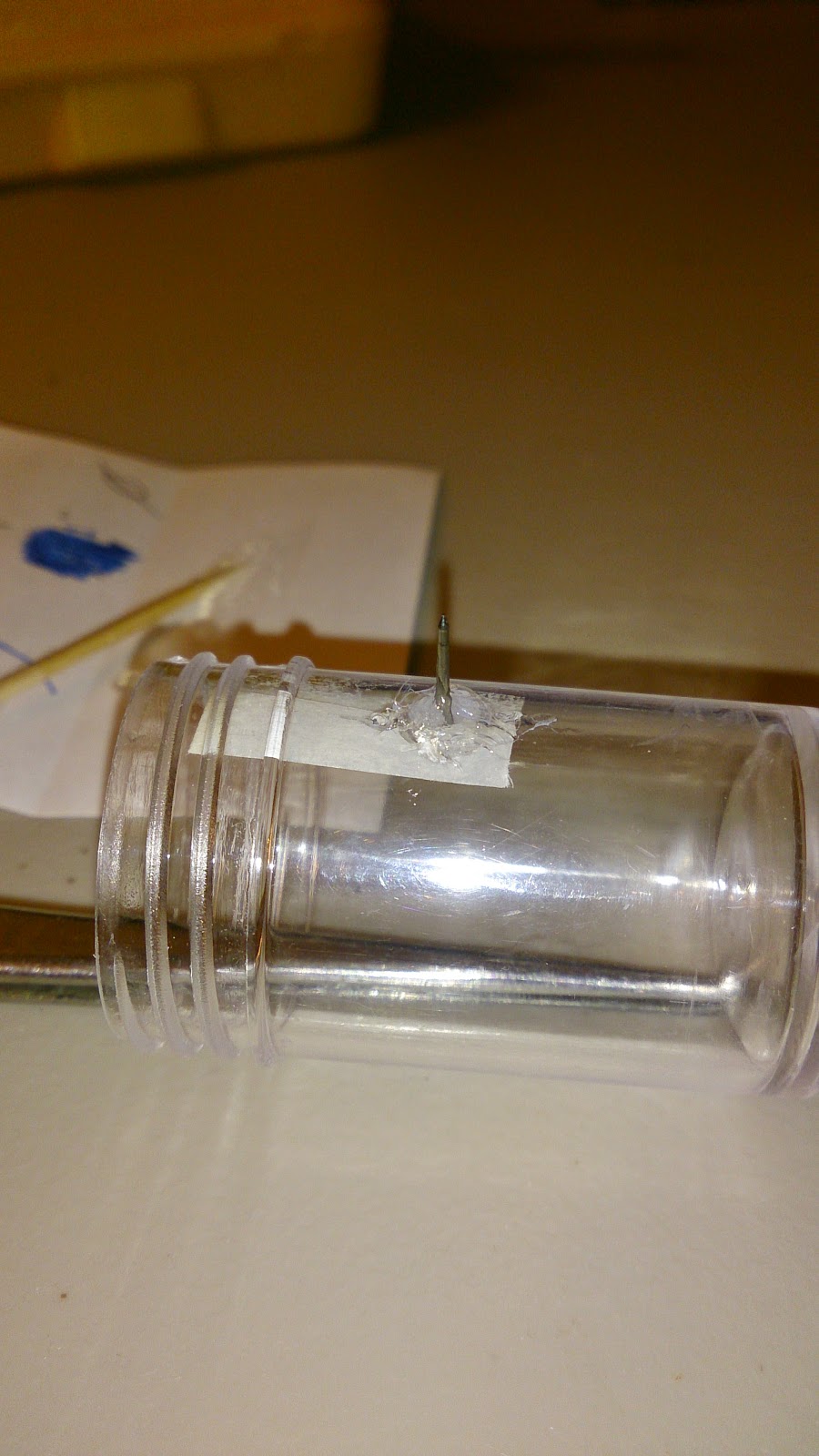 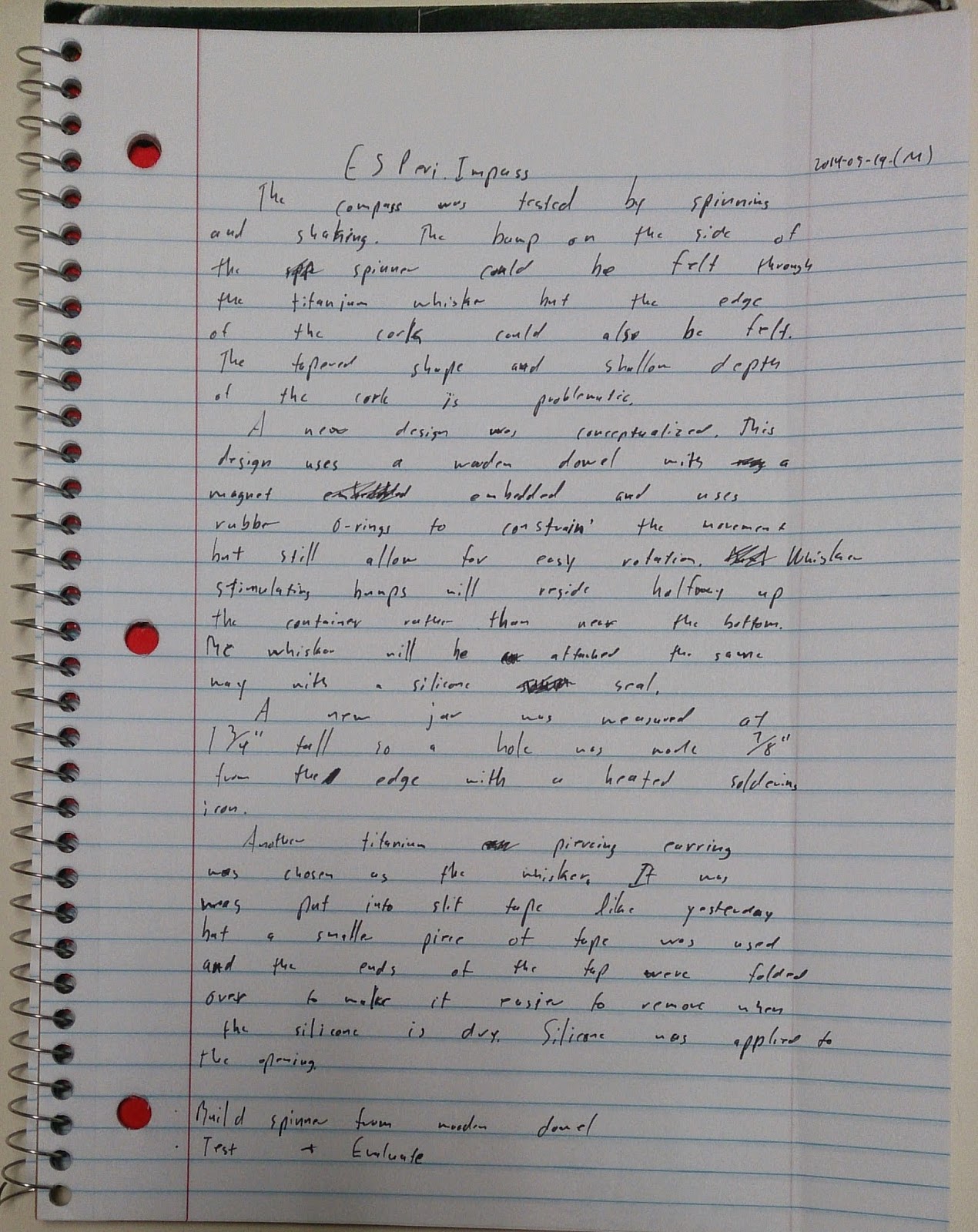