July 13, 2016
I started playing Pokémon GO when it came out. While playing I talked with a couple players, it's surprising social, and I heard about the bonuses from perfect throws. A throw is when you are facing a wild Pokémon and toss a Pokéball in an attempt to capture it. It's the same mechanics mobile app developers use to throw darts, bowling balls, baseballs, snowballs and other. It's an swipe from the bottom of the screen upward. If the user strays left or right the projectile will stray accordingly.

After I got all that out of my system I had a Eureka moment where I threw out all the elaborate automation which was starting to look like an upside-down Tentacruel. Instead I realized that to make something slide across the screen I didn't need servos with millimeter precision and a stylus with a super-fine tip, all I needed to do was guide my finger in a straight line. Once again my brain wanted to turn to the complicated route, which would have taken a week, but I'm confident it would have worked.

Thankfully I saved myself from a lot of trouble. Instead I cobbled some cardboard recycling and office supplies together to make a finger guide.

The top of a poster board box was cut away. This piece should be at least as large as a phone. This box held tea bags. Stiff paper, like poster board, won't block a phone from sensing a finger so it will rest against the touch screen. Cut the poster board to the same size as the phone. You should be able to hold it from the sides right over the phone and keep it straight.

Attach eight notes to each side of the phone-sized poster board but leave a 1/4" (6mm) gap between them. Make sure the sticky side of the notes are on the inside forming the gap. 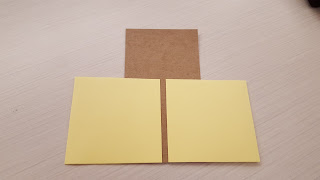 Trim away the sticky note paper so the edges line up with the poster board. That's all there is to it. Not only was that less expensive than servos and 3D printing but it can be done with office supplies. 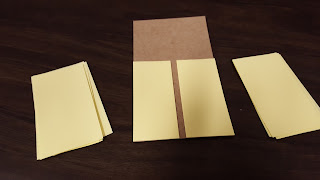 Two videos were made with my girlfriend's help. She tried to use the Pokéball thrower but her iPhone would not sense a finger through the poster board. My Samsung S6 Active could sense a finger through the poster board and all eight sheets of sticky notes. There was also a Touch Sensitivity function built into the phone which didn't need to be active for that level of sensitivity.

Only two videos were taken since both throws resulted in captures. "Gotcha!"


Video 01 of the Pokéball Thrower


Video 02 of the Pokéball Thrower

***UPDATE***
This post was featured on Hack a Day!

***UPDATE number 2***
I made a model for a 3D printable version free for download.