The writing for the instructions of the Sous Vide Oven controller were finished and the document has 2 720 words and forty pictures. The text of the document was copy/pasted into the Instructables.com’s editor but it was not published until mid-morning to maximize views. 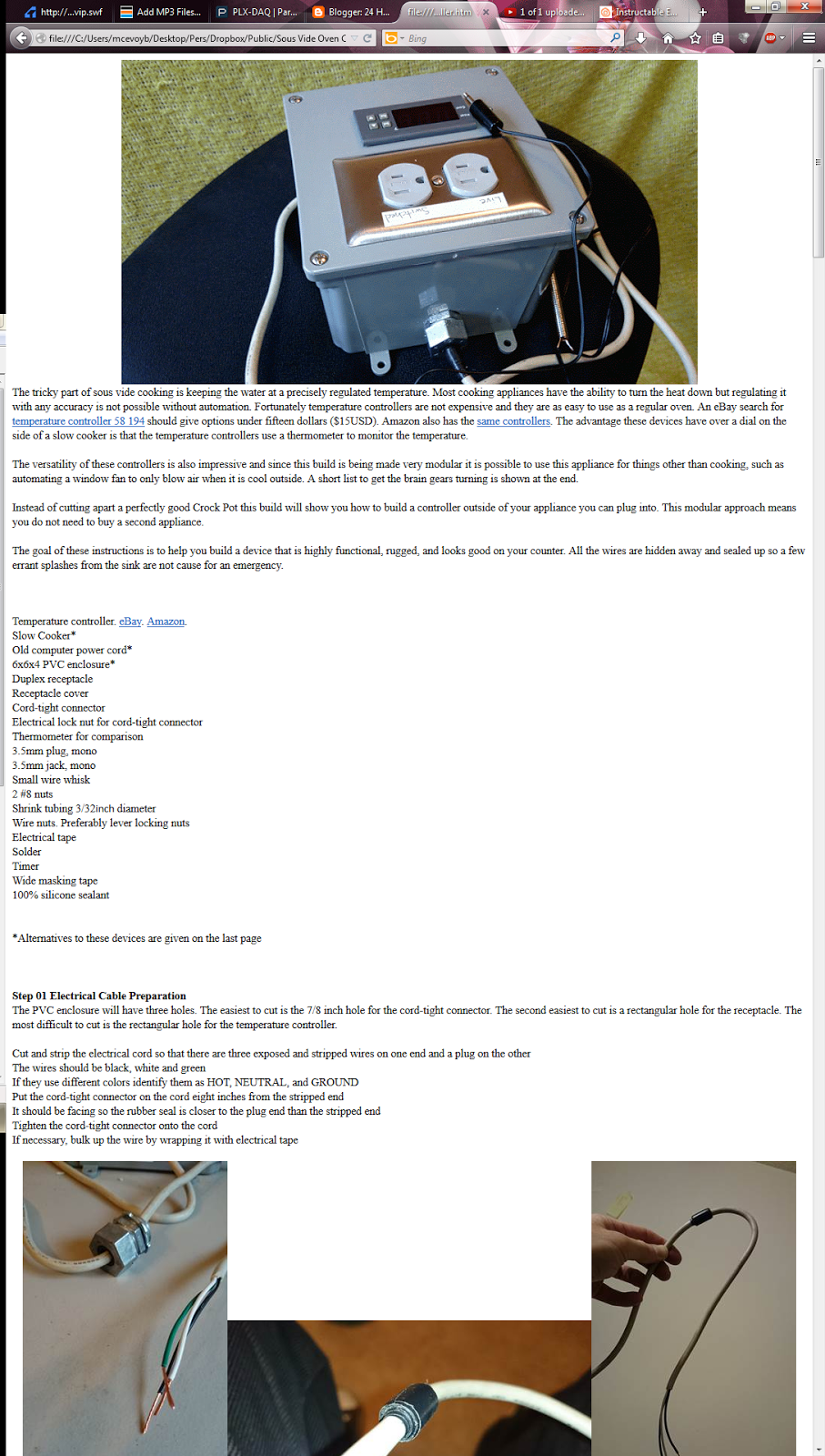 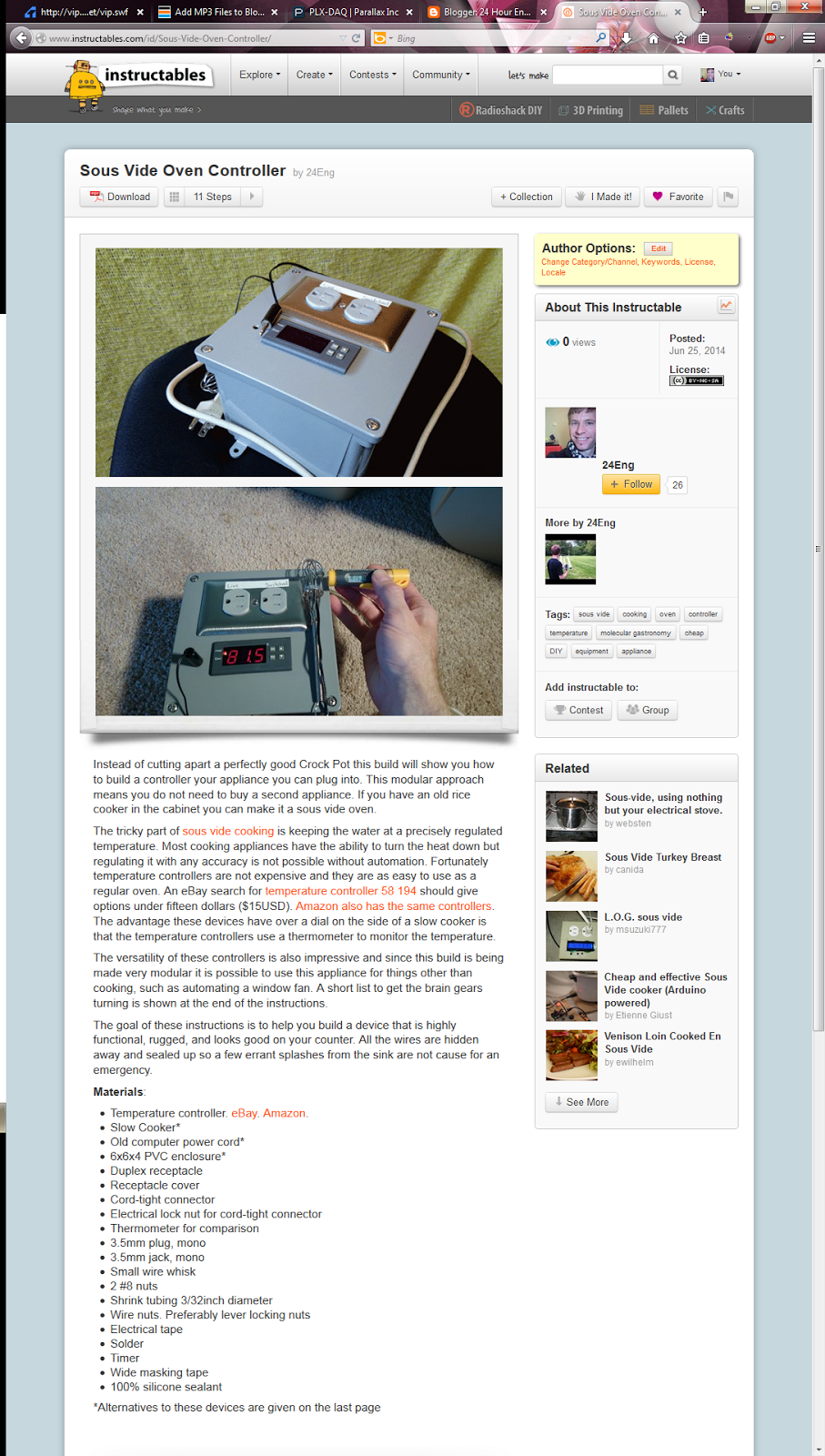 To calibrate the thermometer of the temperature controller some potentiometers were purchased. Multi-turn pots were selected since they can be finely tuned. A 20Ω, a 10KΩ, and a 1MΩ pot were purchased. The 1MΩ pot would only be used if resistance of the thermometer needed to be lowered so it was never used. If this type of calibrating is necessary the potentiometer would be wired in parallel to the thermometer. A short piece of two conductor cable was cut, its ends were stripped, and tinned. The though was that only a very small amount of resistance would need to be added in series. The thermometer wires going to the NTC terminals of the controller were unscrewed. The pot was soldered in series with the thermometer using the middle pot post and the rear post. Al experimentation proved fruitless so the 10KΩ pot replaced the 20Ω pot. The pot was turned to 0Ω and slowly adjusted to come in line with measurements from the IR thermometer. The IR thermometer has .5ºF precision. 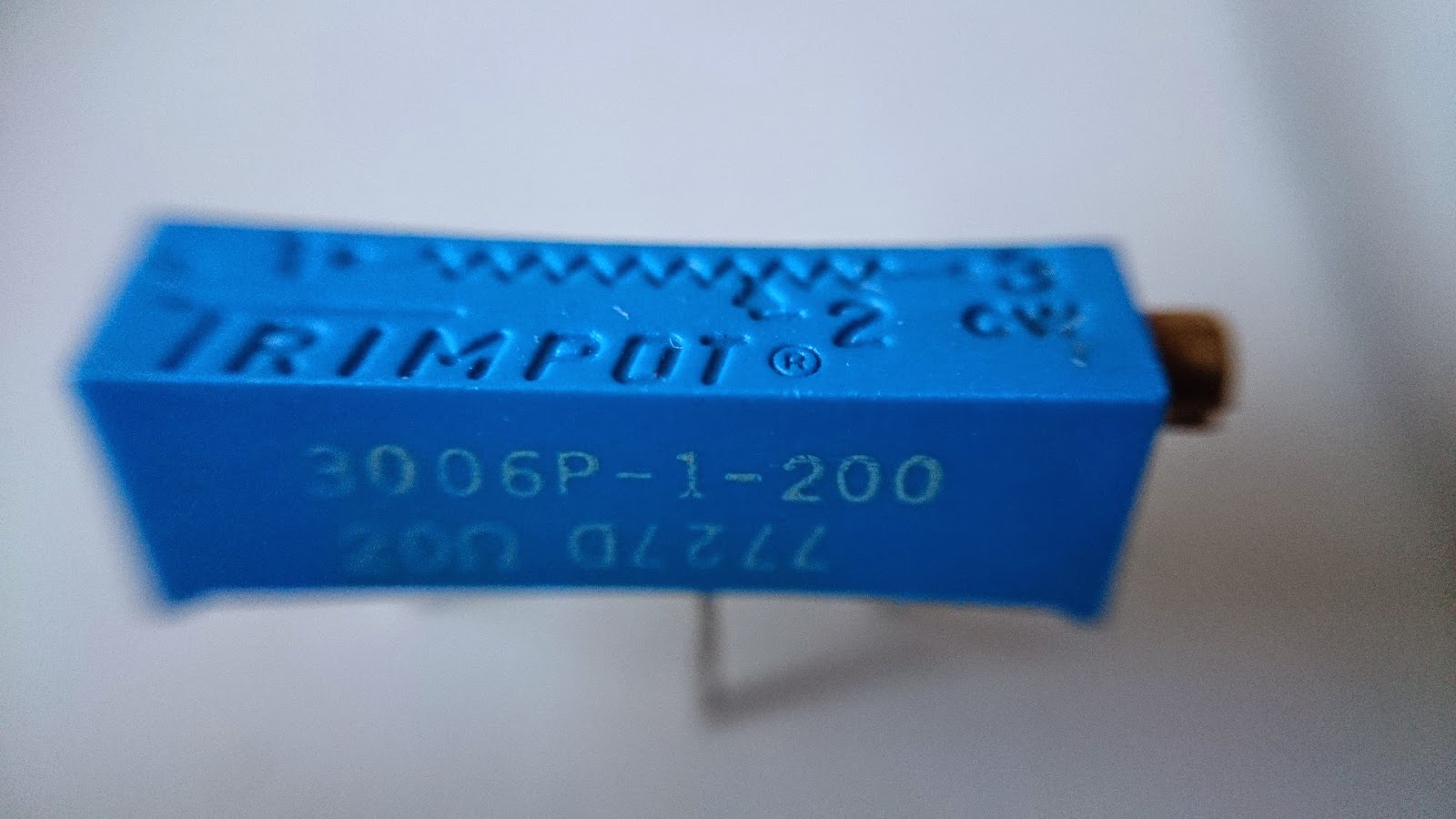 I used a cheap macro lens to photograph the 20Ω potentiometer 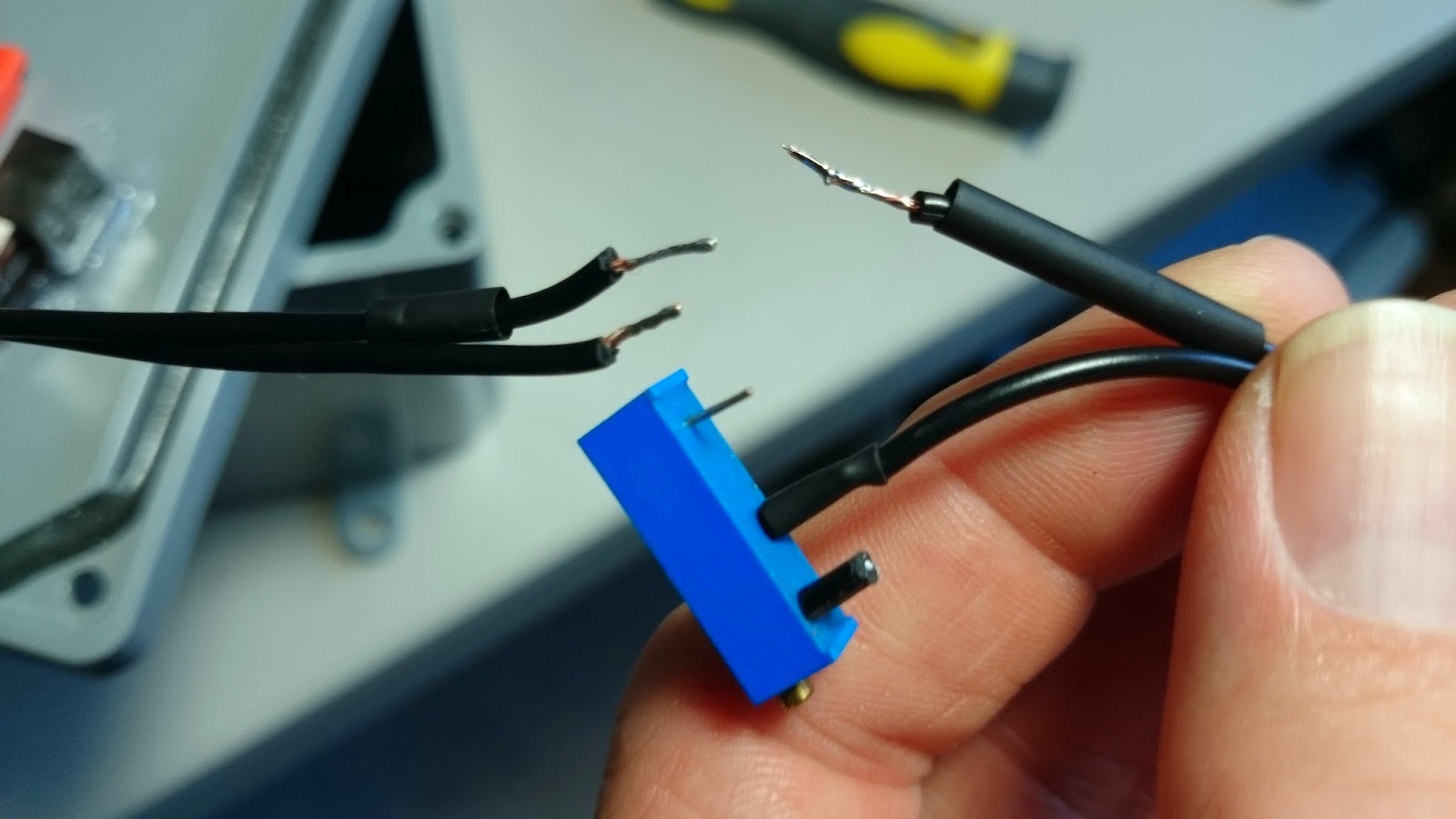 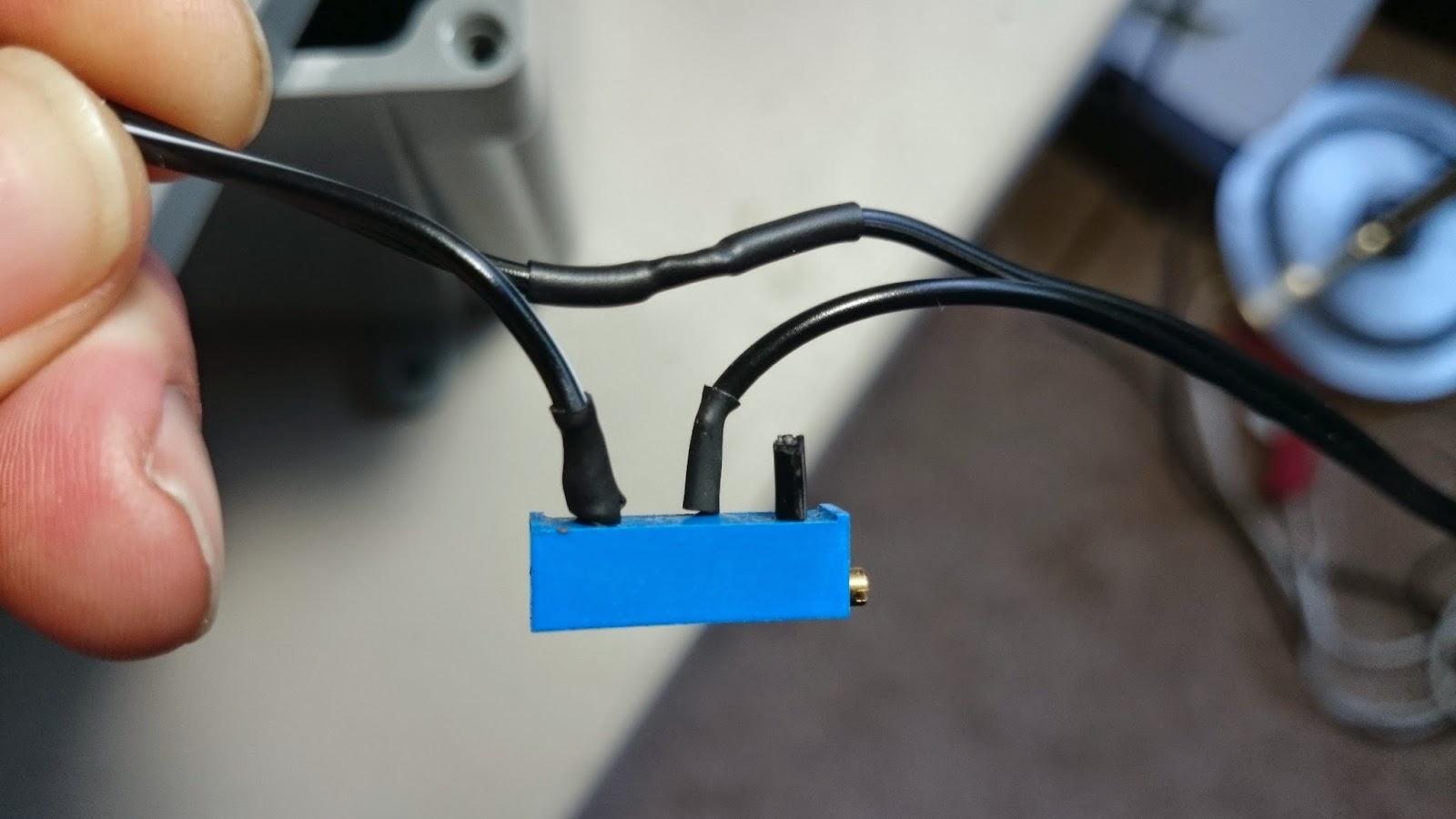 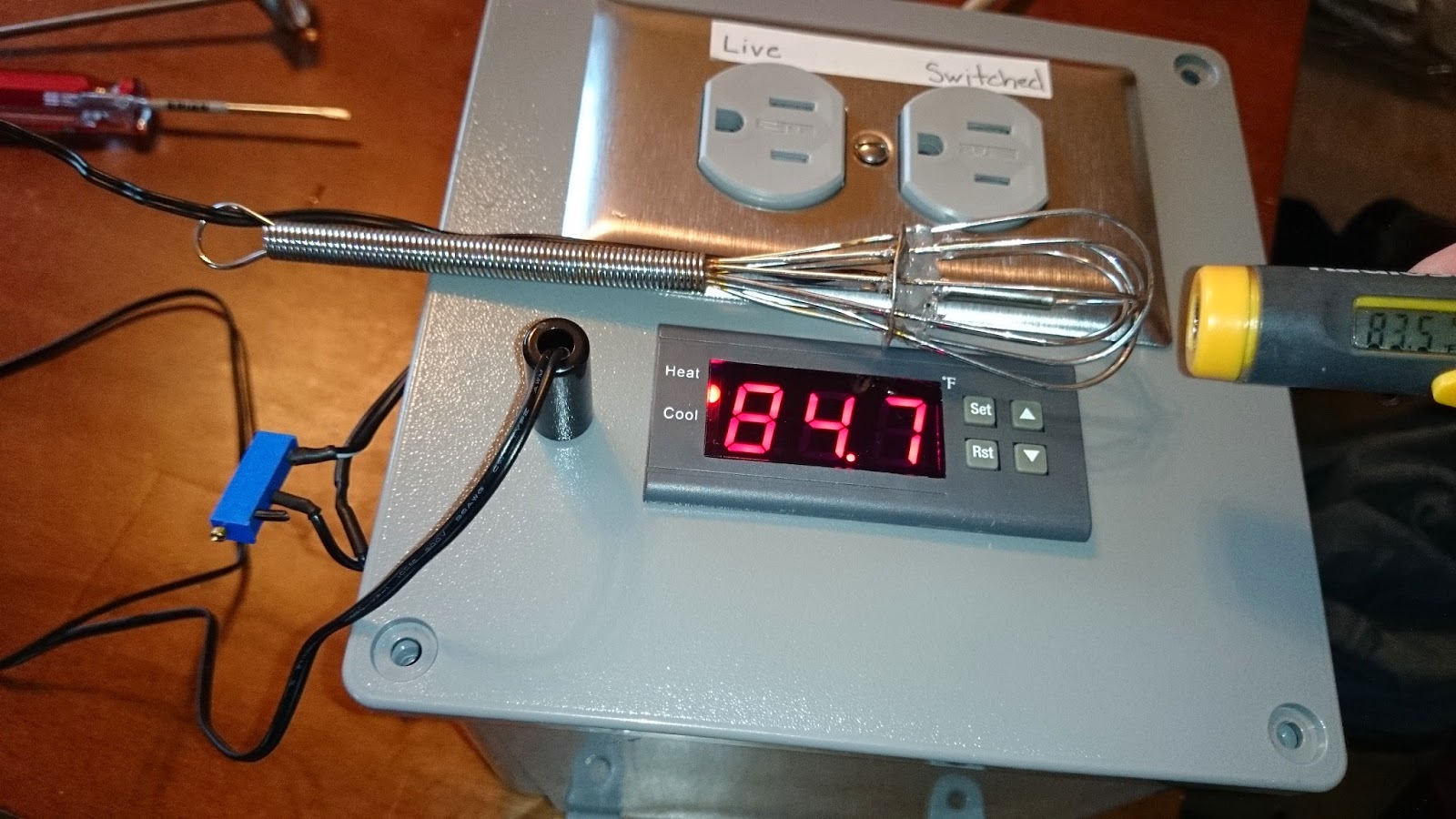 The temperature was unable to be lowered using the small pot 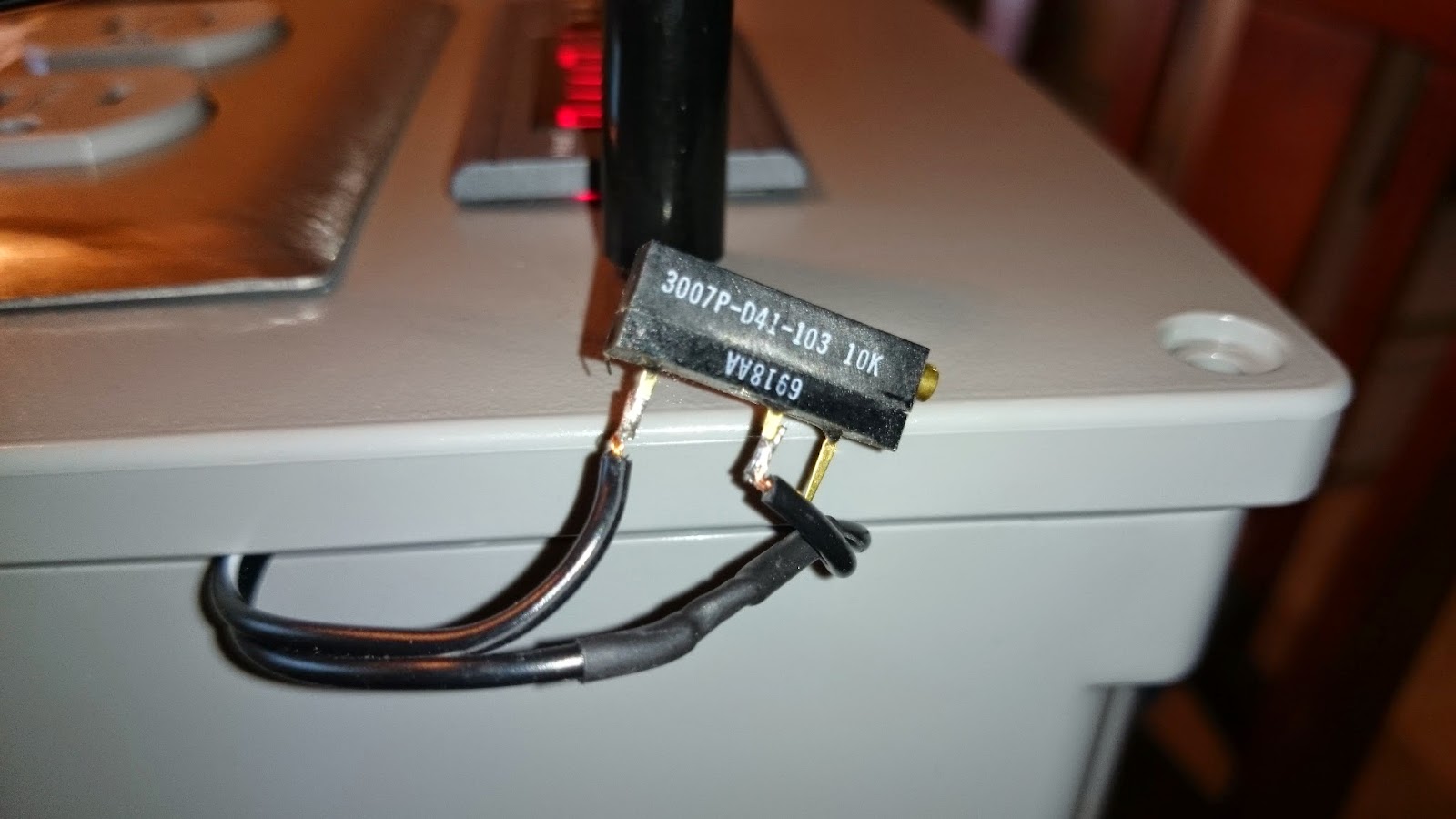 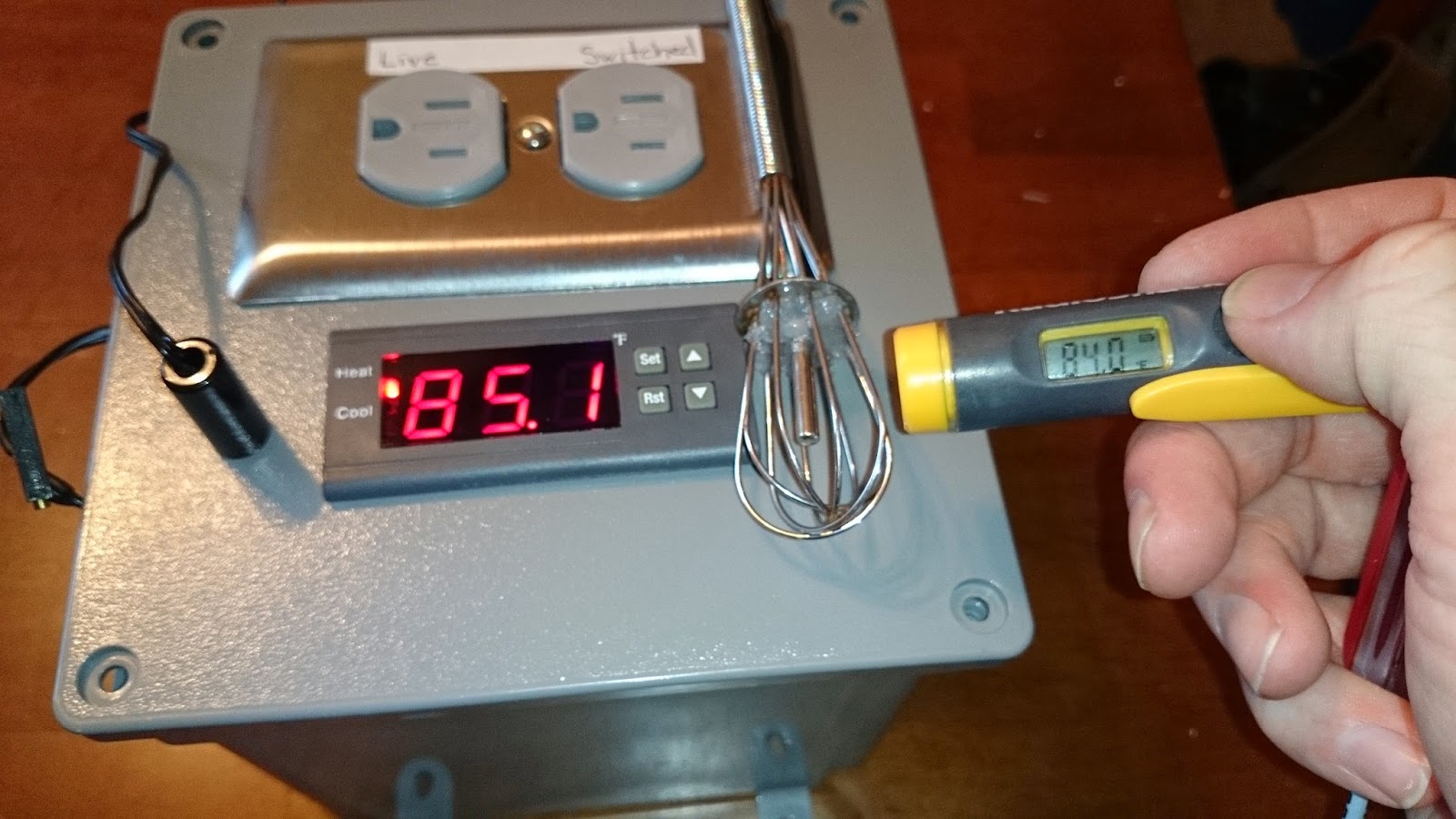 The thermometer is cooler than the reading by the temperature controller
Calibrating a $15 controller with a $.25 potentiometer to act like an expensive model 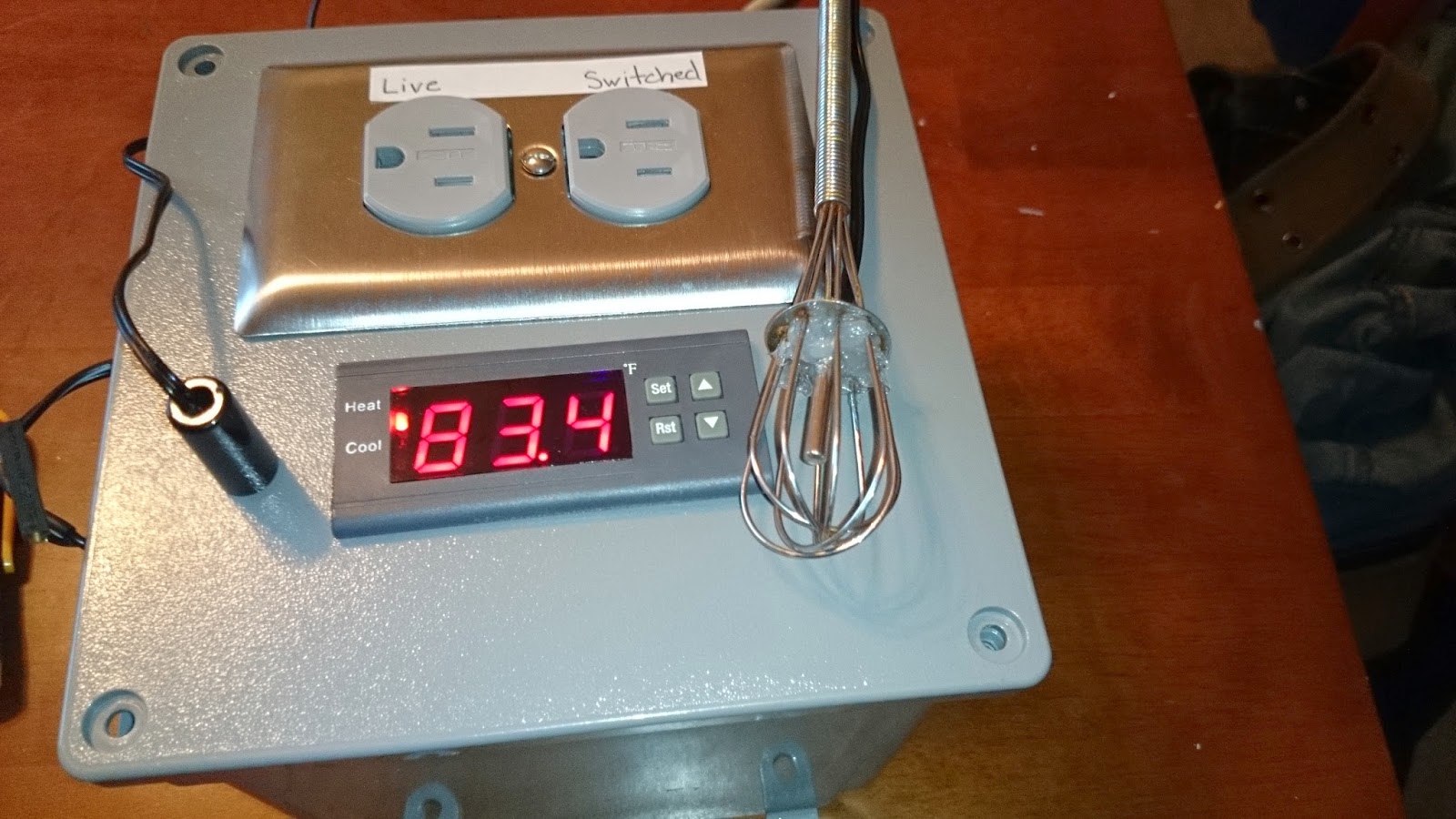 The controller is calibrated

Water was heated and placed into a coffee mug and cool tap water was put into another mug. The heated water was approximately 120°F during testing. The tap water was approximately 79ºF. Some very fine tuning and retesting calibrated to thermometer to within .5ºF which is acceptable since the thermometers used as a reference are not precision instruments. An ideal benchmark for thermometers is 32ºF water with ice cubes but the range of the temperature controller does not go that low nor does it read boiling water. 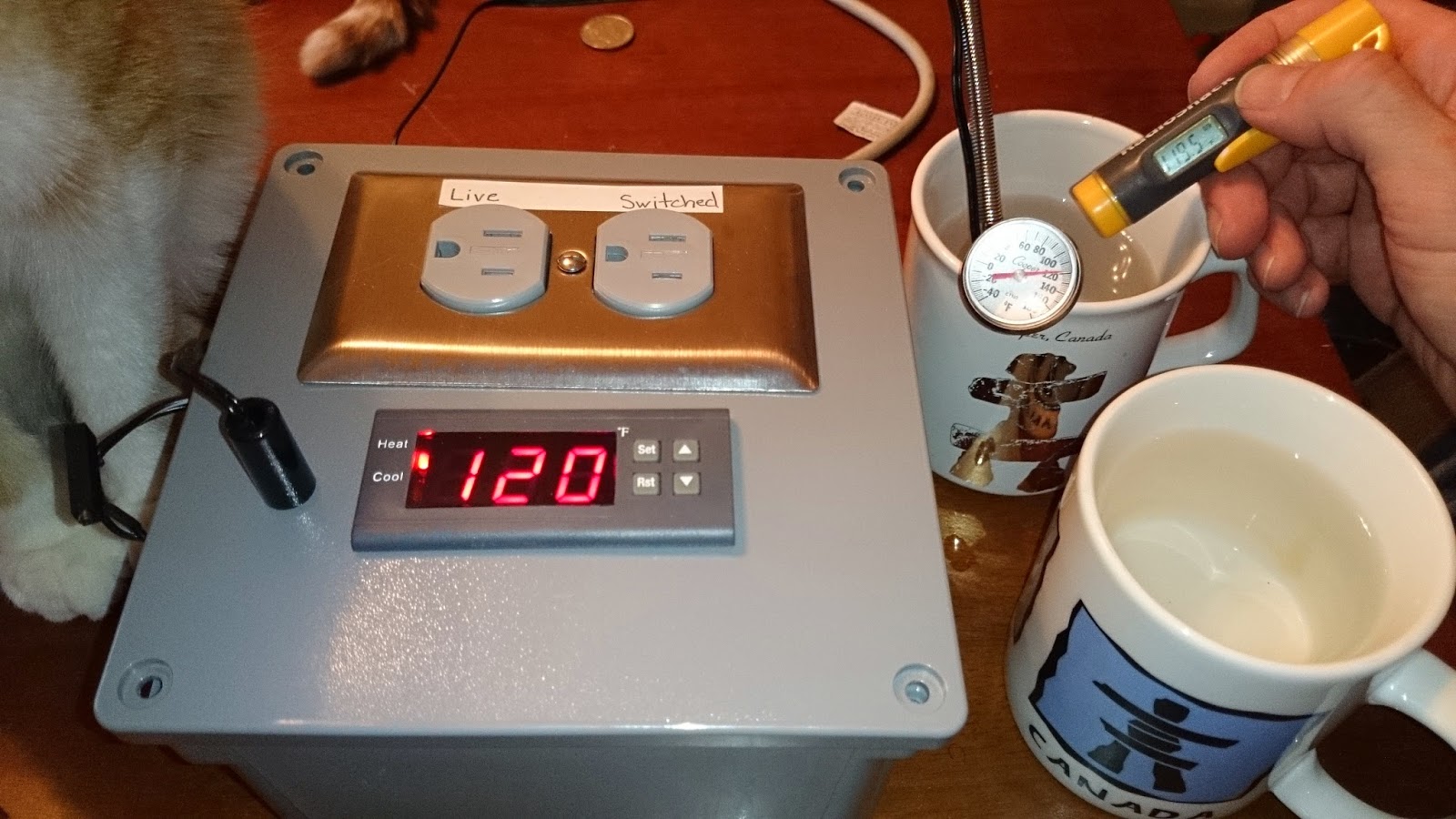 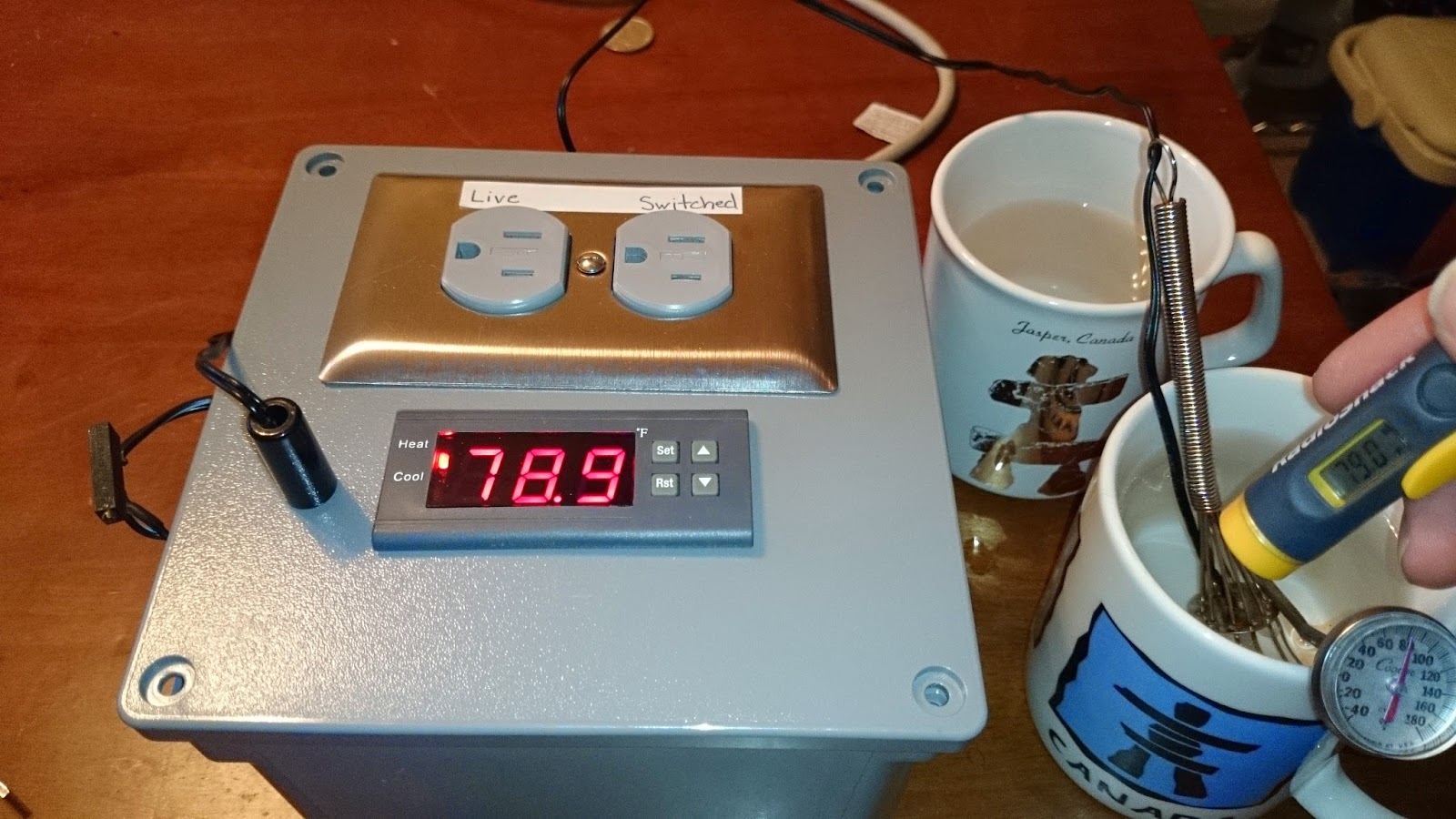 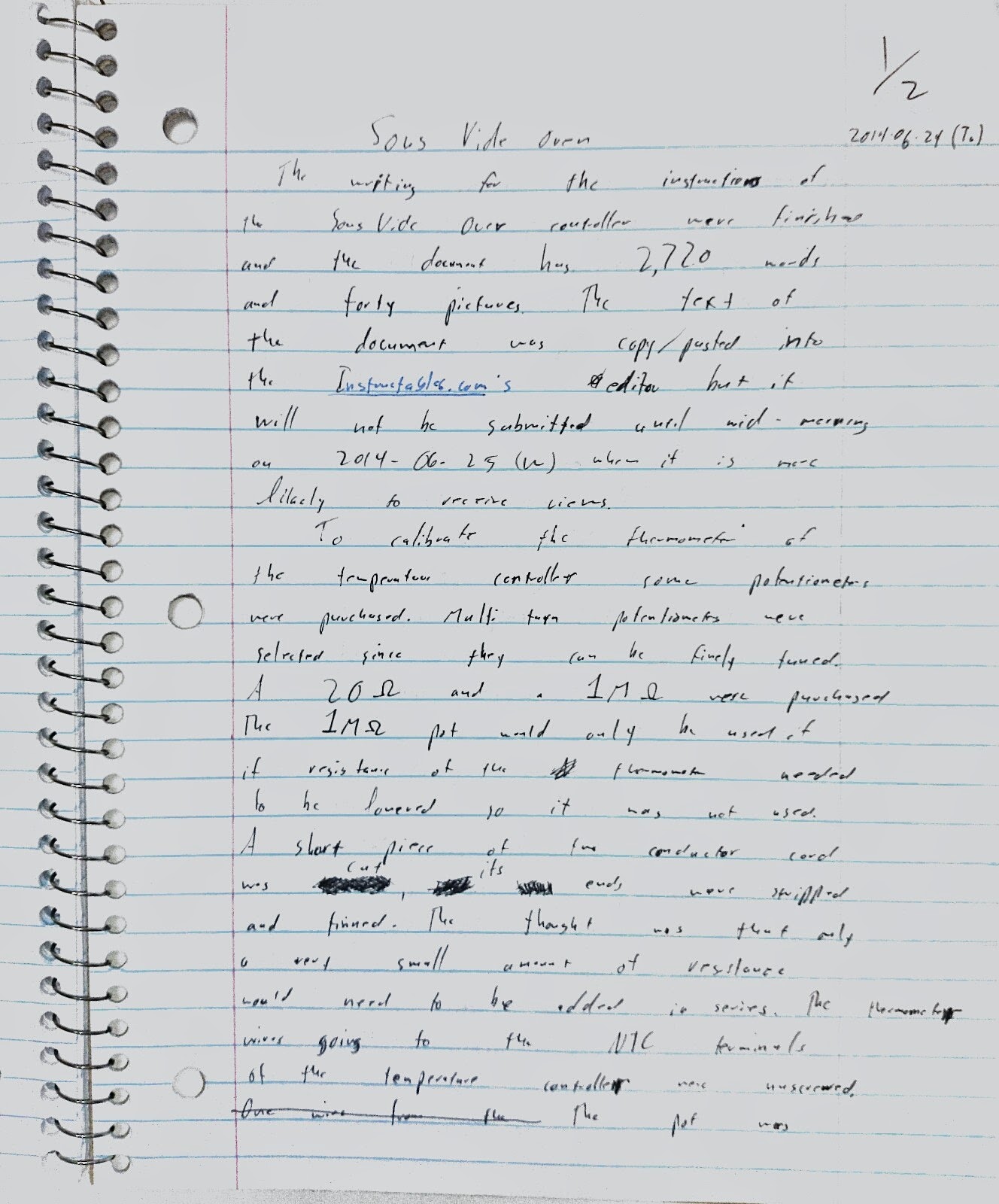 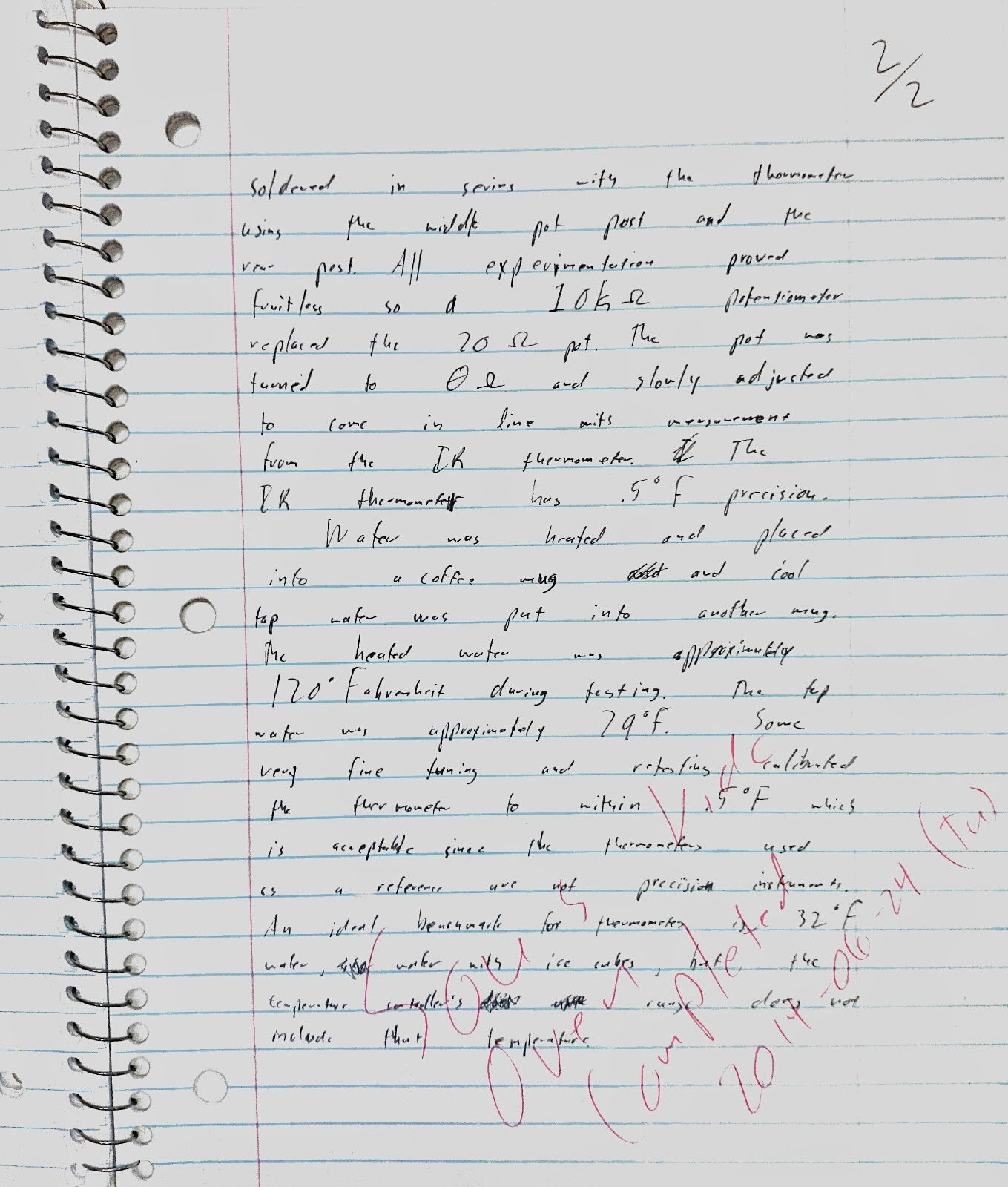