July 27, 2014
I was very happy with my first sous vide oven controller and my mom was pretty excited to hear about it. I've mentioned this before. On Saturday I gave her my first model, which is dead simple to operate and has a temperature probe that is easy to disconnect. She was pretty excited to use it. We went out and bought a hot plate identical to mine so her setup even matches the instructions I wrote for her. Part of the appeal for her is that she can prepare several single serving meals at a time and just seal them up to cook at her leisure.

To supply the controller with DC power an extension cord was cut so the socket end could be fastened in place with the lever-style wire nuts and a DC power supply could be plugged in. A 5VDC power supply was salvaged from an old mini USB charger. 5VDC, 1A. The power supply had the wires stripped and a volt meter was used to determine the polarity. As expected the positive lead was inside the negative which is standard for coaxial cords. The AC socket wand DC adapter were connected and secured with zip ties. The DC wires were stripped again to get more distance between the tips since they will be wired to different locations. The shielding wire was twisted to bundle it neatly and covered in shrink tube. The DC supply was wired into the circuit according to the schematic sketched earlier. 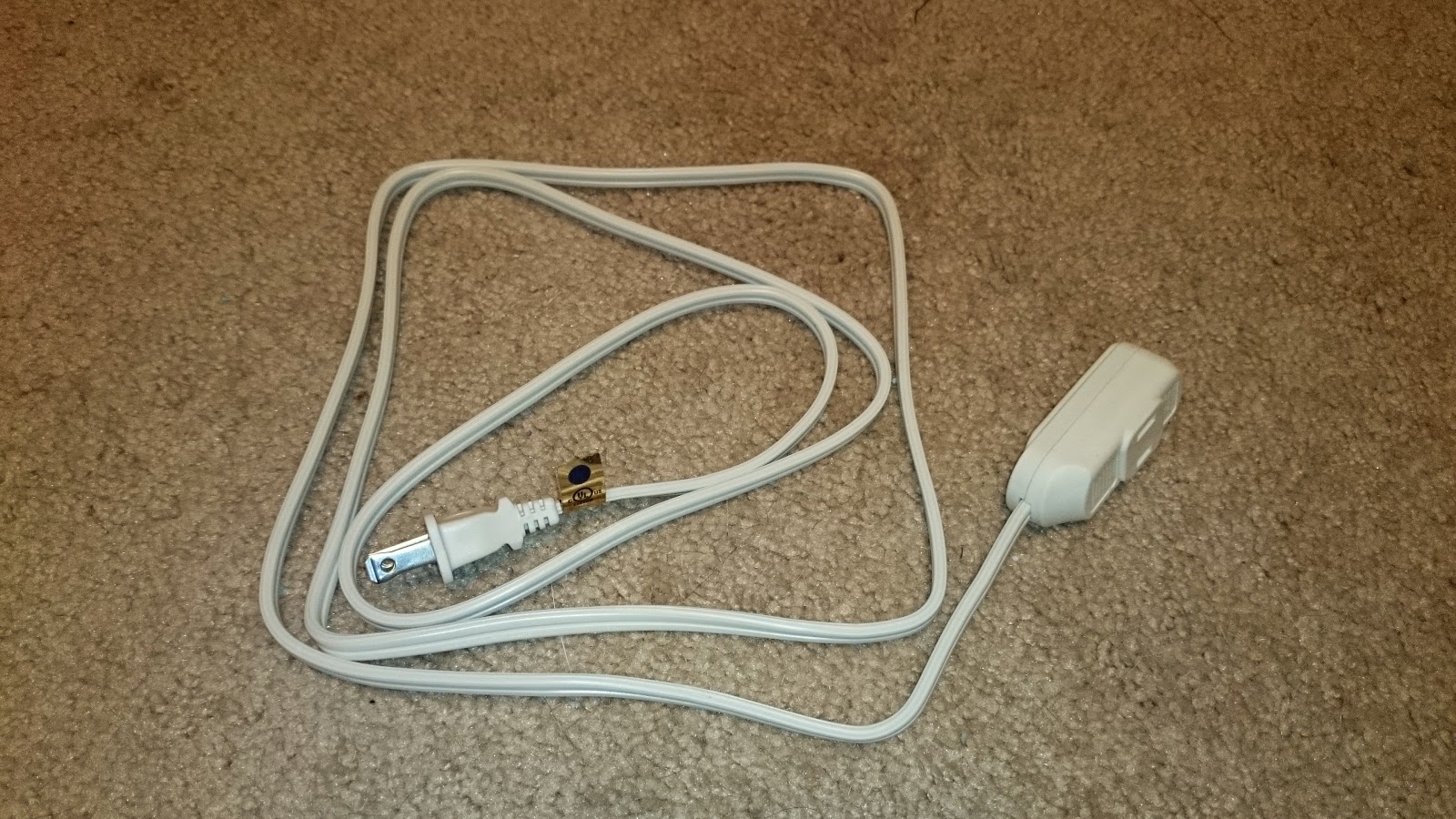 Extension cord to be sacrificed 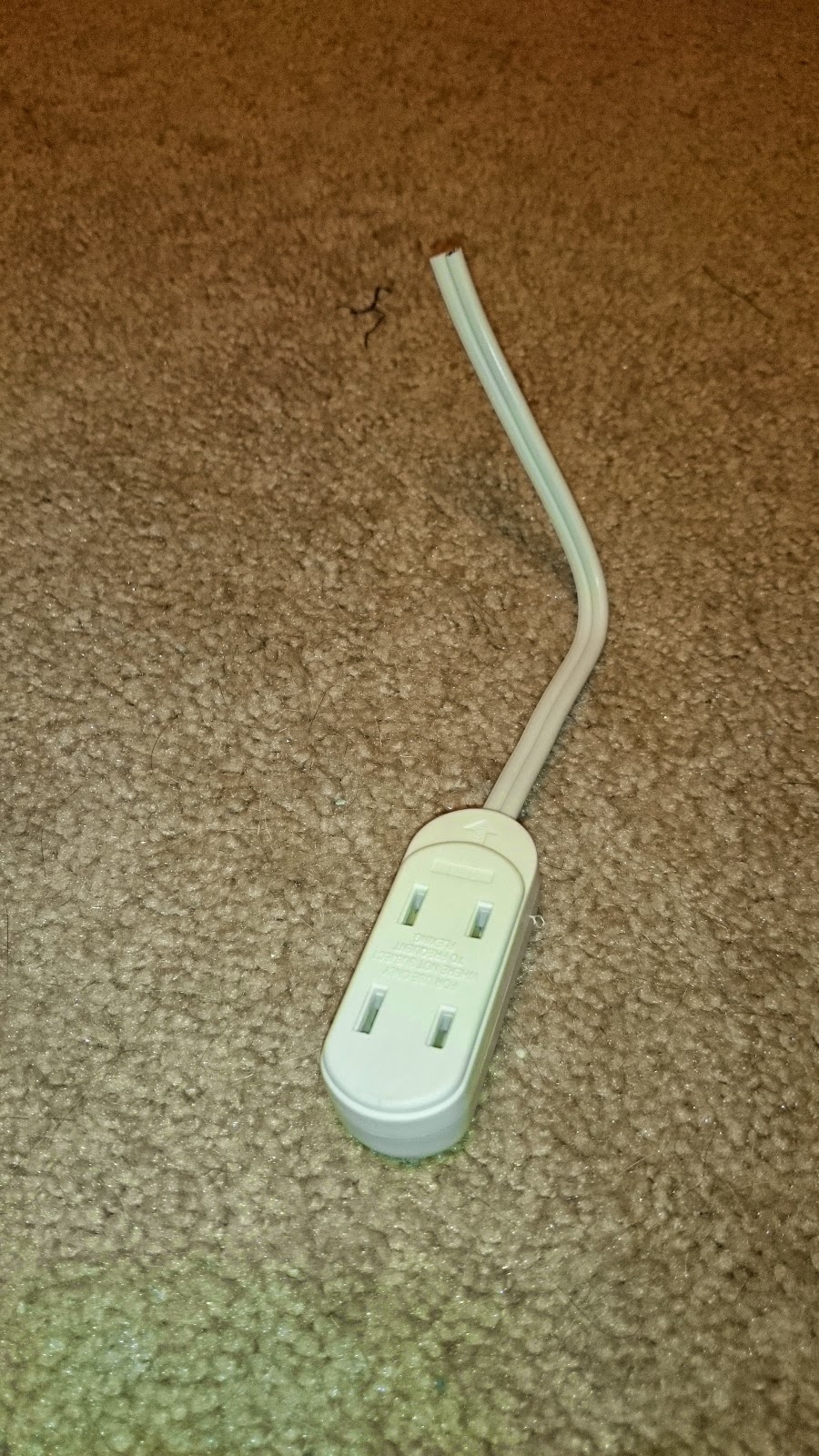 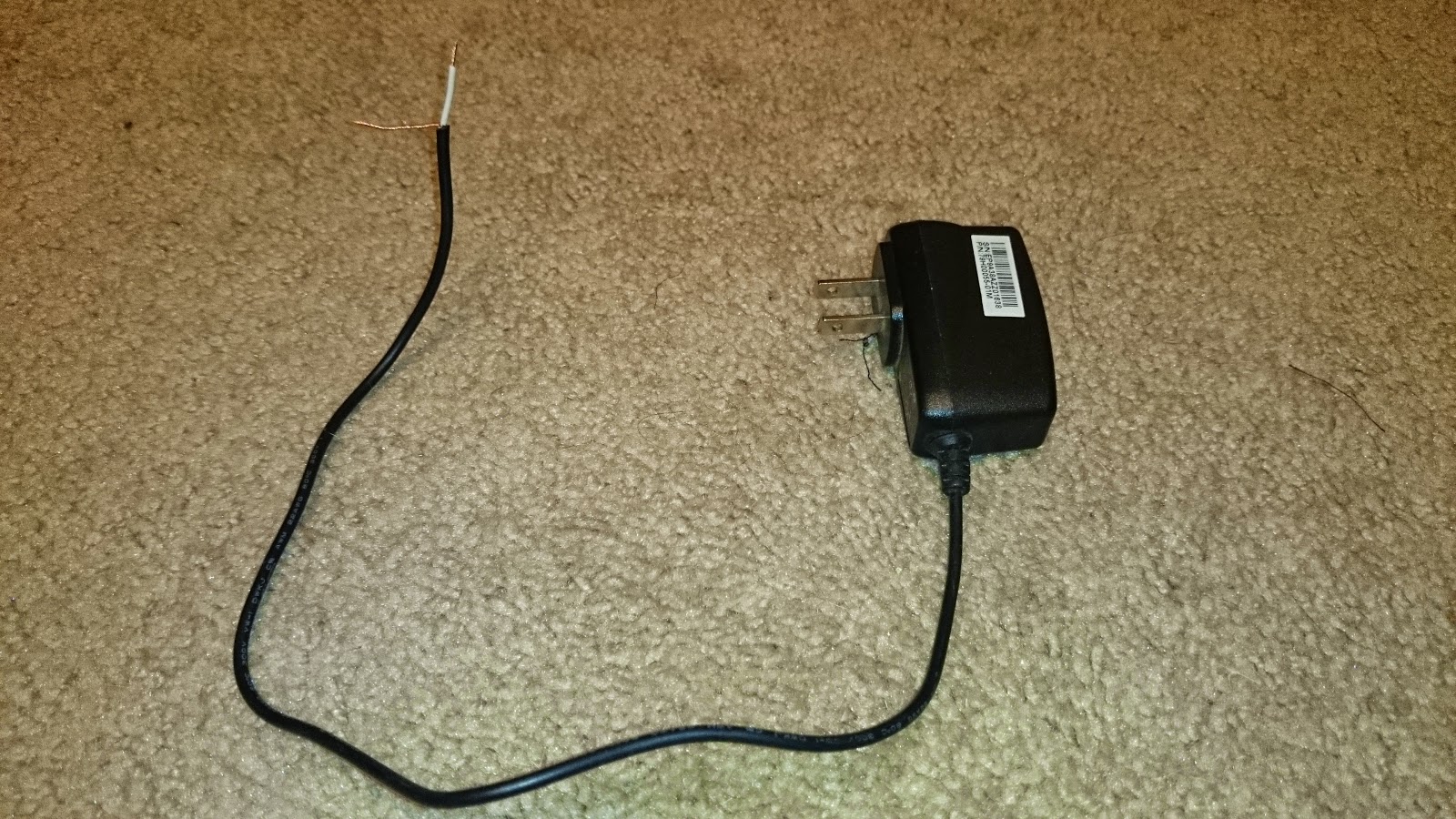 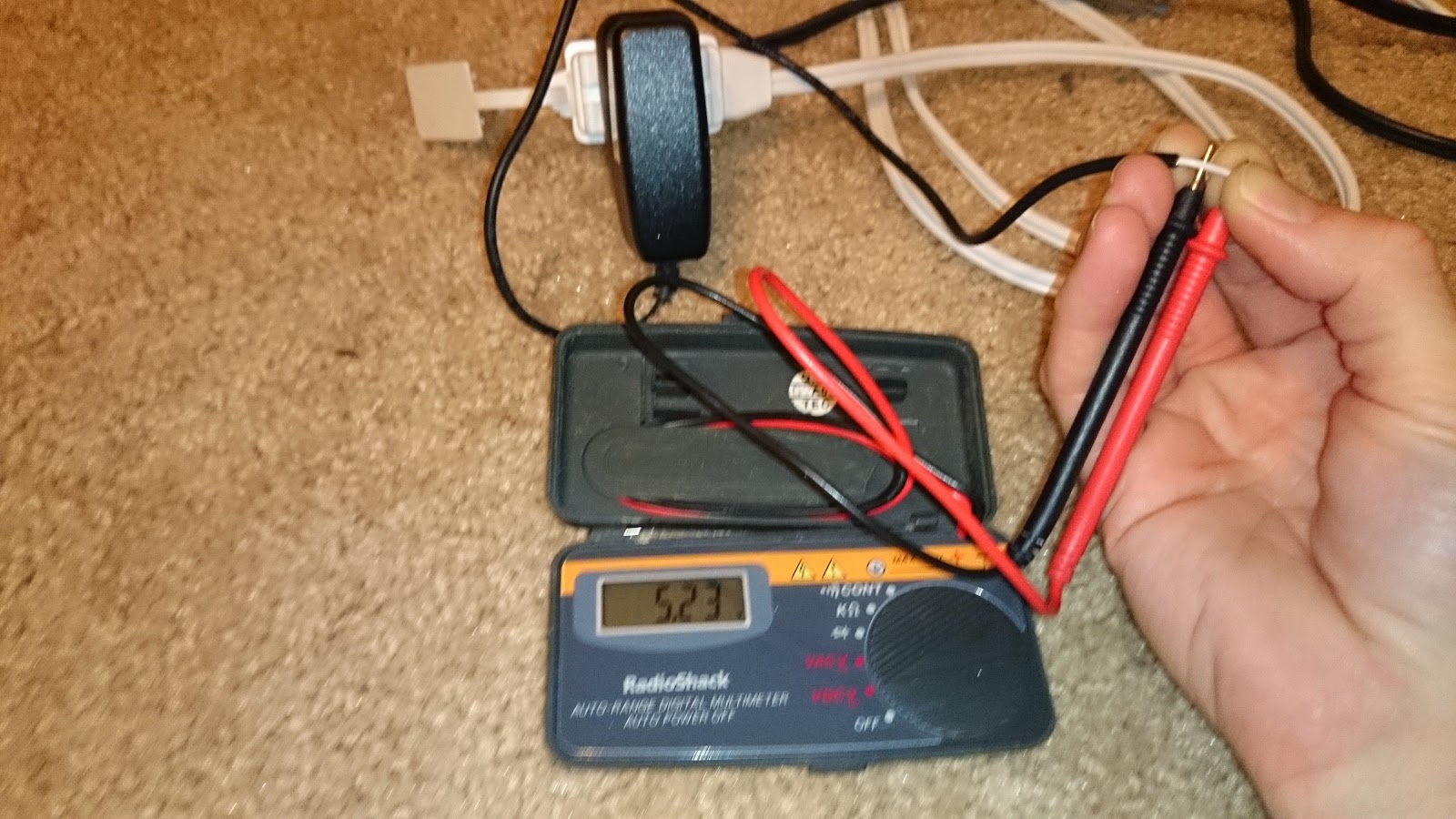 Testing polarity of DC supply in a different extension cord 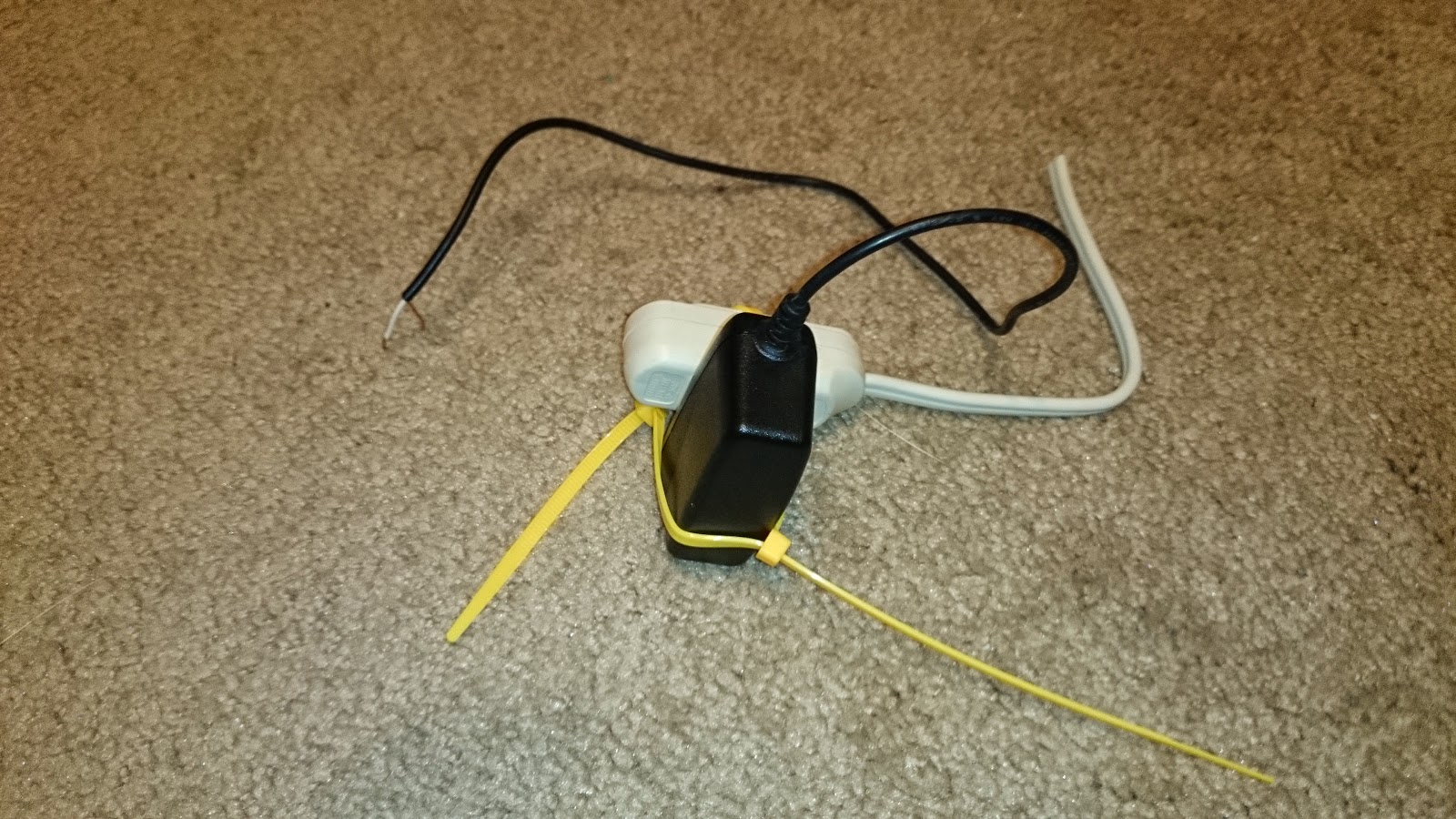 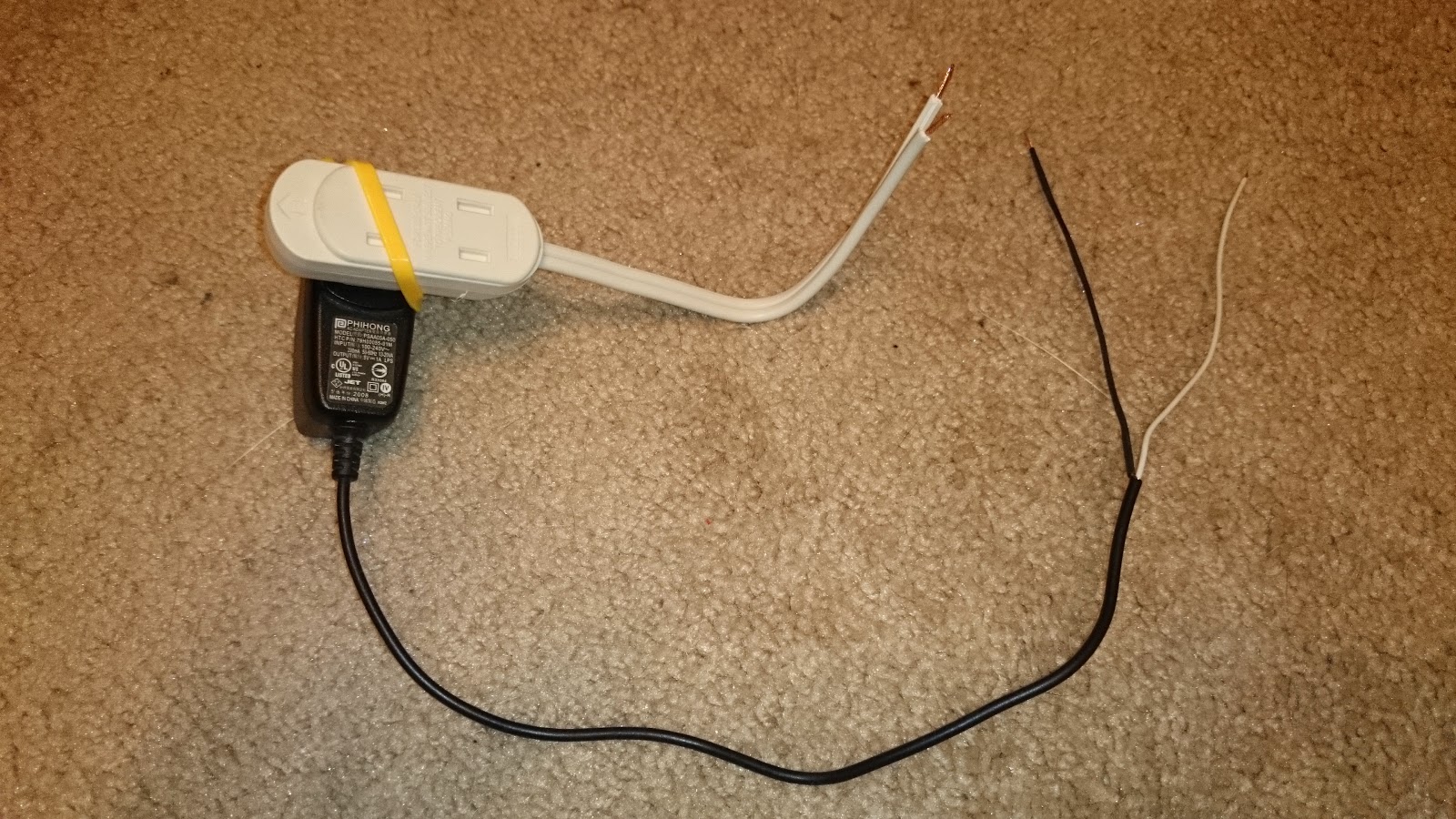 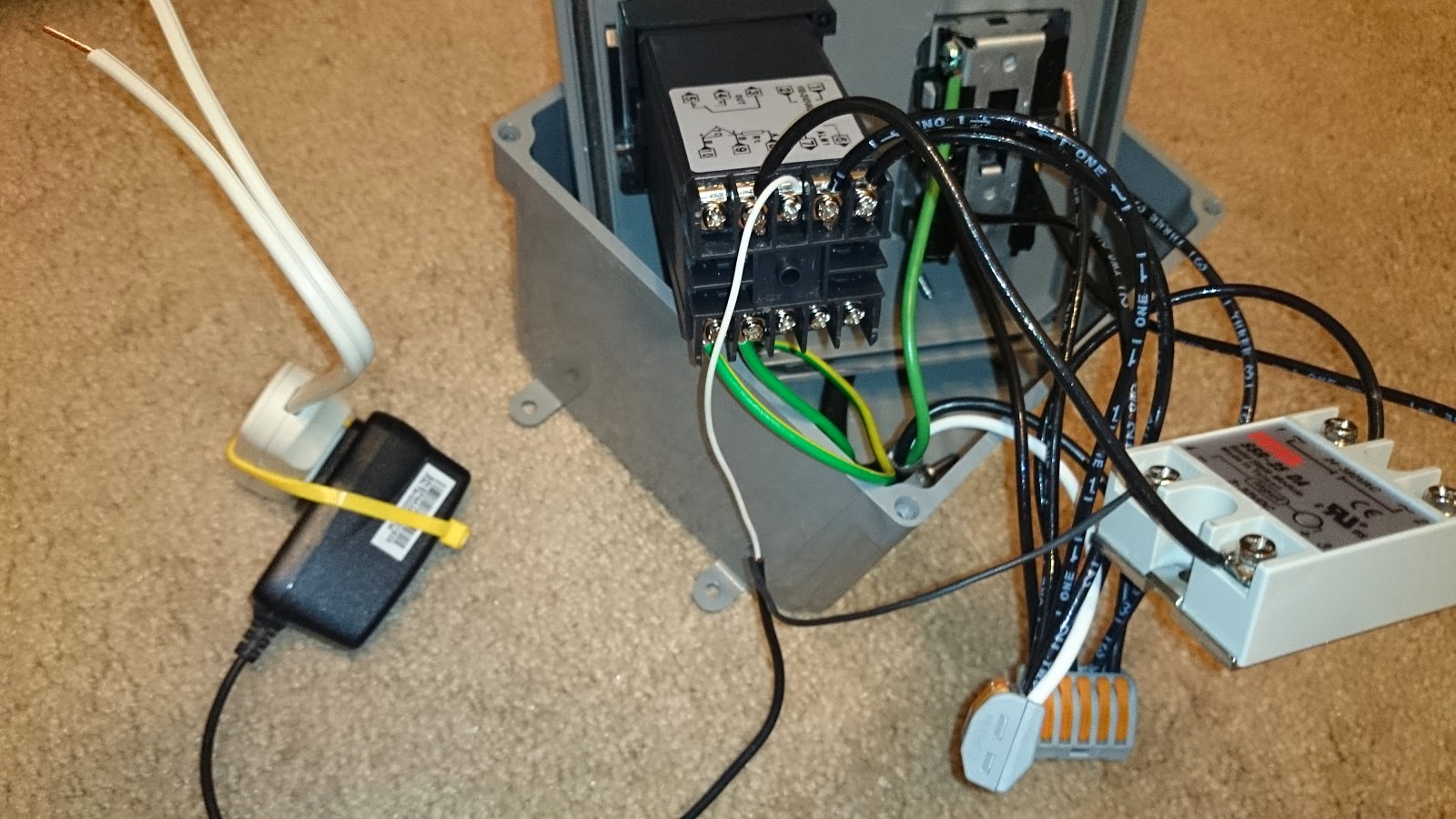 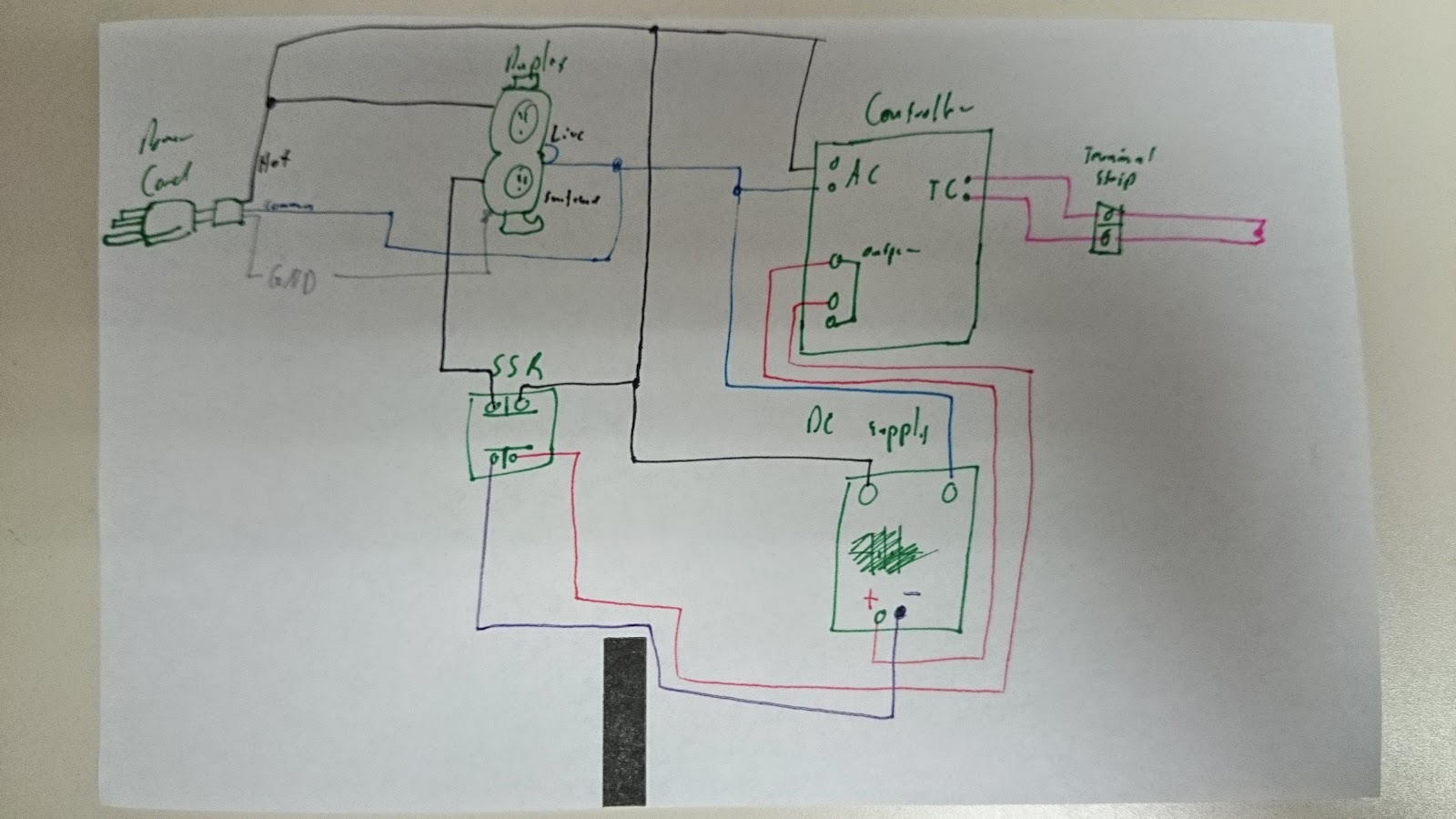 Once the wiring was done the warning sticker was removed form the plug and the unit was plugged in. The temperature probe was installed and held against a 4Watt incandescent light bulb but it would not light up. Continuity and voltage testing was performed to ensure that all the connections were correct and solid. A DC examination showed that the new power supply was functioning but the temperature controller was outputting a DC signal of its own. The 5VD power supply was removed and the SSR was wired as intended by the manufacturer. No instructions came with the temperature controller kit so more research should have been done to avoid the extra work and expense. The unit was plugged in and tested again. The unit functioned well. It hit the target temperature without exceeding it and held steadily. The frequency of the PWM (Pulse Width Modulation) was much lower than expected but done to accommodate AC power which may function unreliably at high frequency, such as over 50Hz. The unit was fully assembled and a rotating shot was taken at full camera resolution using video and still shots. 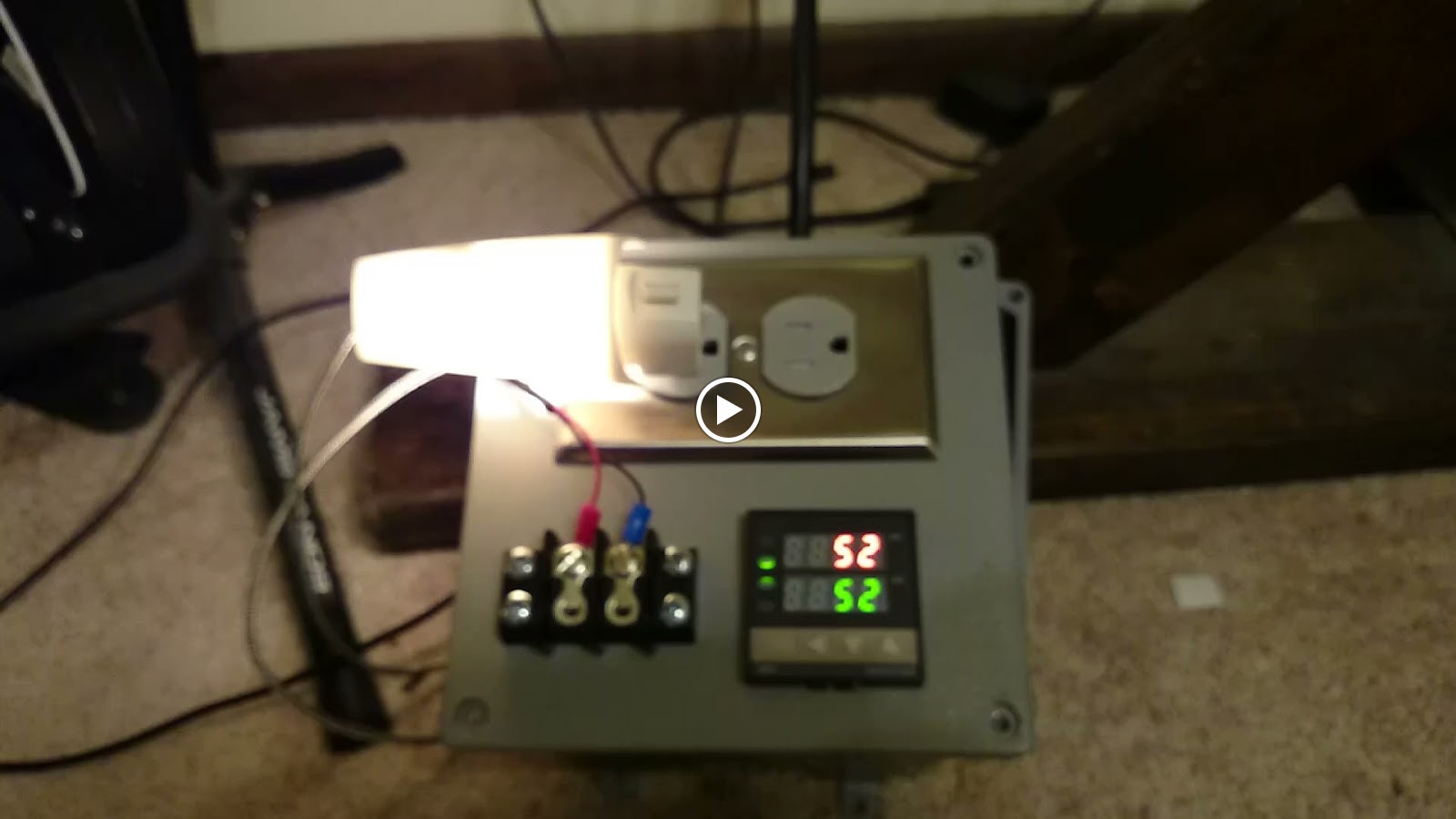