April 08, 2015
The gray wires salvaged from inexpensive phone wire were replaced with salvaged wires from better phone wire which were pure stranded copper. The inexpensive wires were thin strands of copper wrapped around a fiberglass core. The inexpensive wire configuration would be strong against pulling and movement but the solid copper version solders more easily and reliably. The pure copper wires were less flexible than the fiberglass core wires. 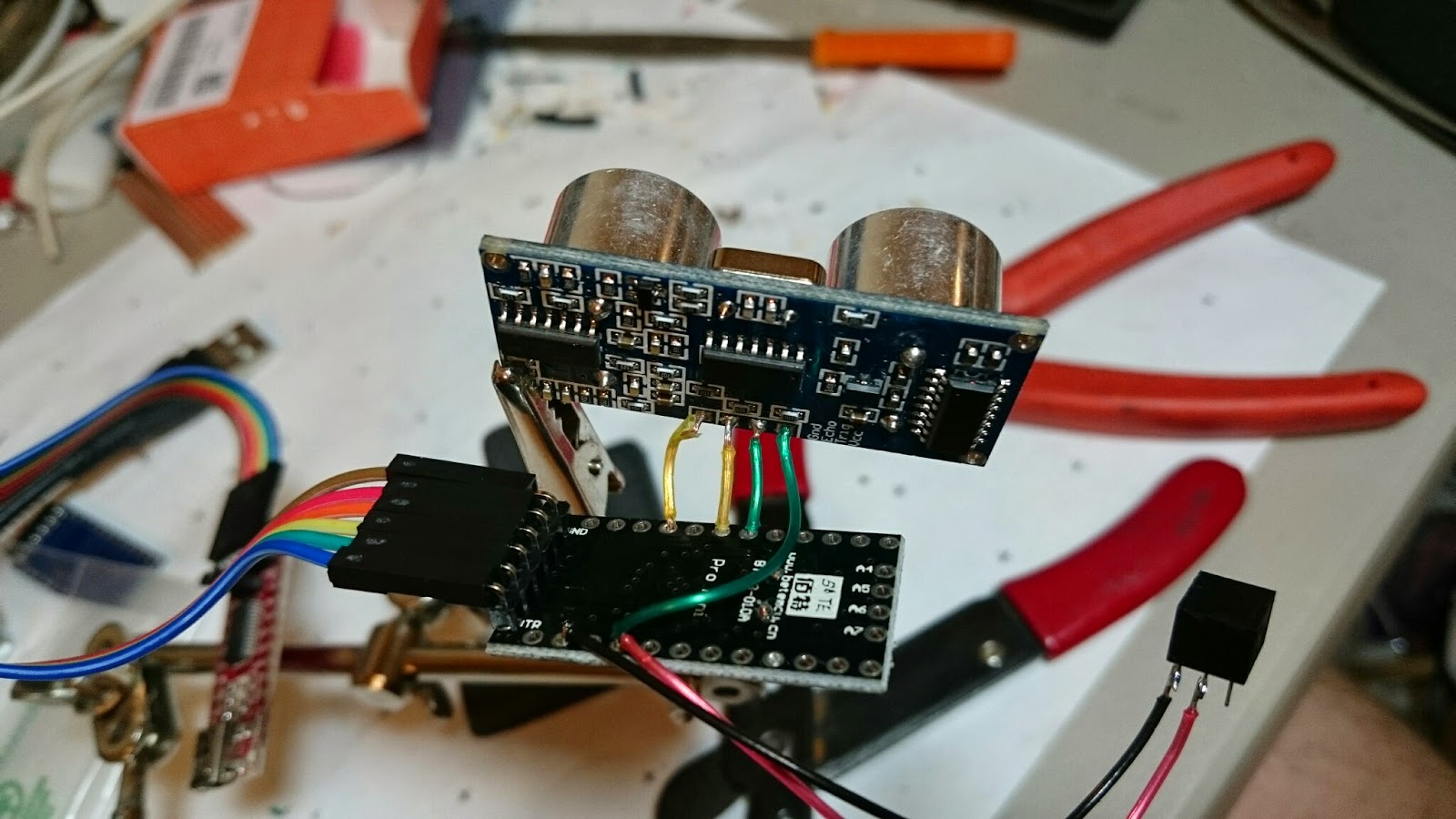 To save room in the enclosure the servo wires were trimmed and soldered directly to the Arduino. This saved considerable room because of the bulky plastic connector which was difficult to fit inside the enclosure due to its rigidity. The stiff wires going between the controller and distance sensor made fitting everything together more difficult than with the flexible wires. 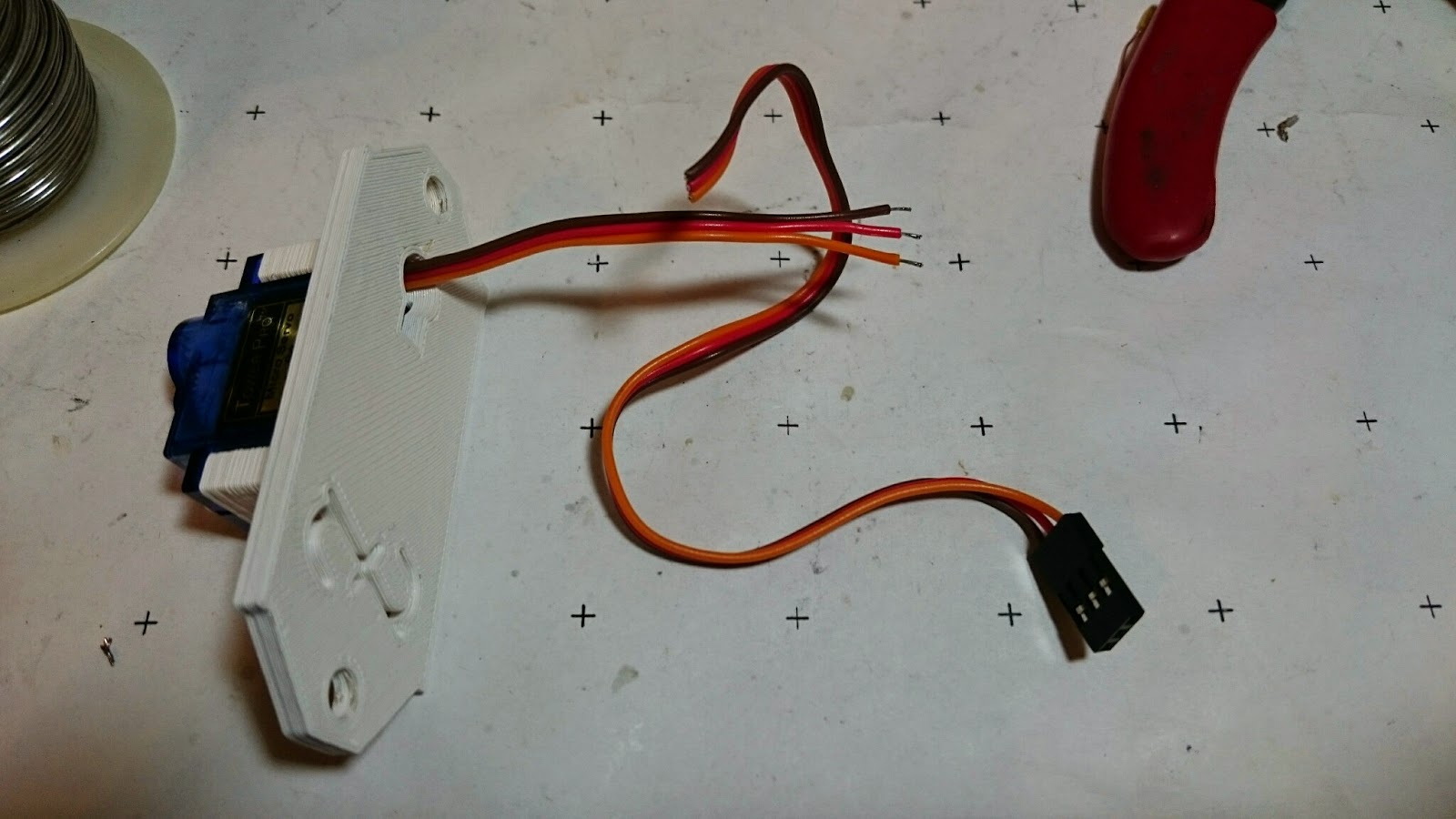 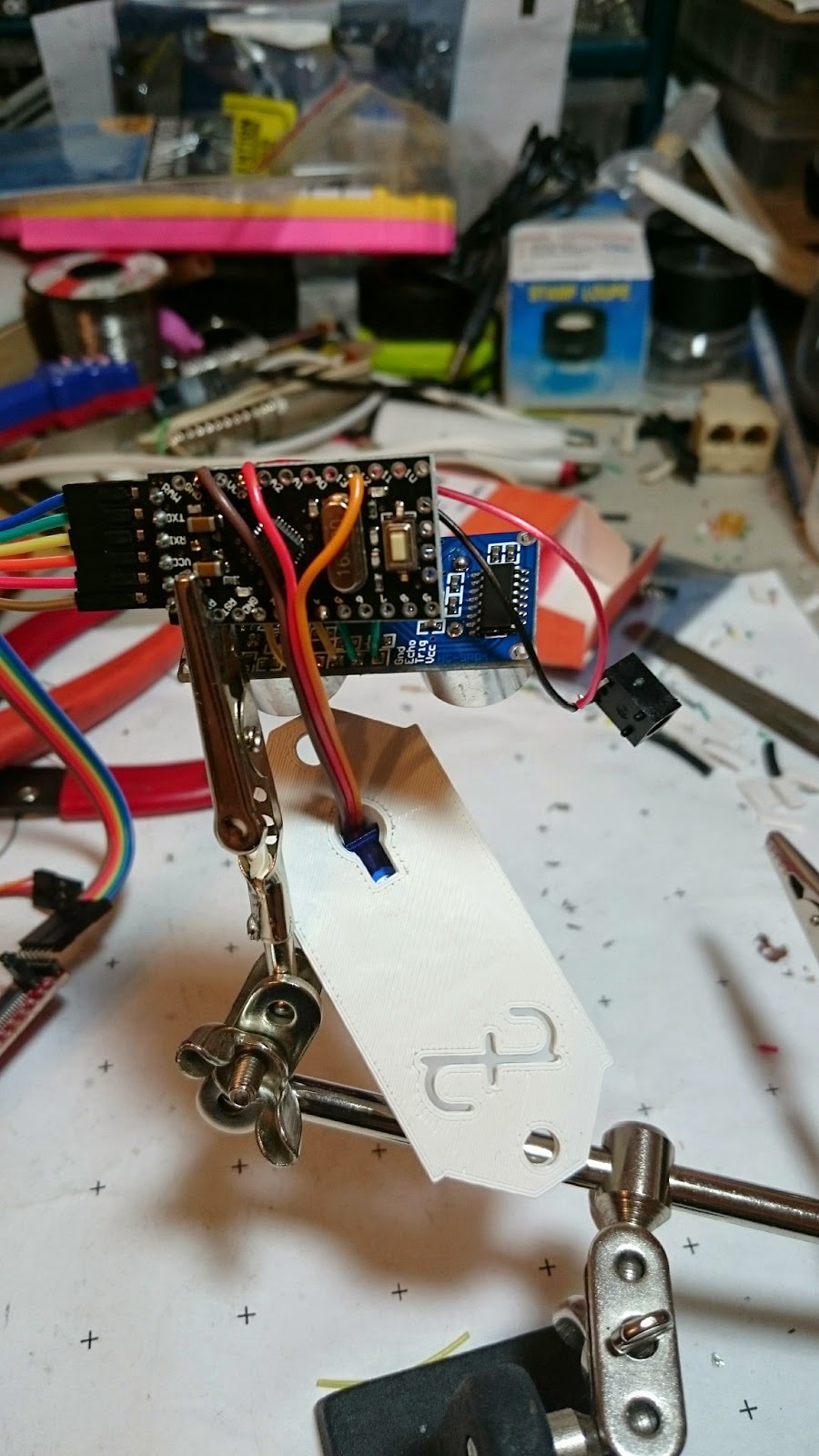 A layer of electrical tap was applied to the back of the distance sensor to act as insulation as before. Since the distance sensor and Arduino were pressed together closely it was important to keep them electrically insulated. The most recent enclosure was printed which did not have a rounded hole to pass a USB cable through but instead had a rectangular hole to fit a coaxial power connector. The small coaxial power connector was glued in place using super glue and holding it stationary until it dried with spring-loaded tweezers. Small tabs on the power connector were trimmed off so the face of the connector would sit flush with the outside of the enclosure. 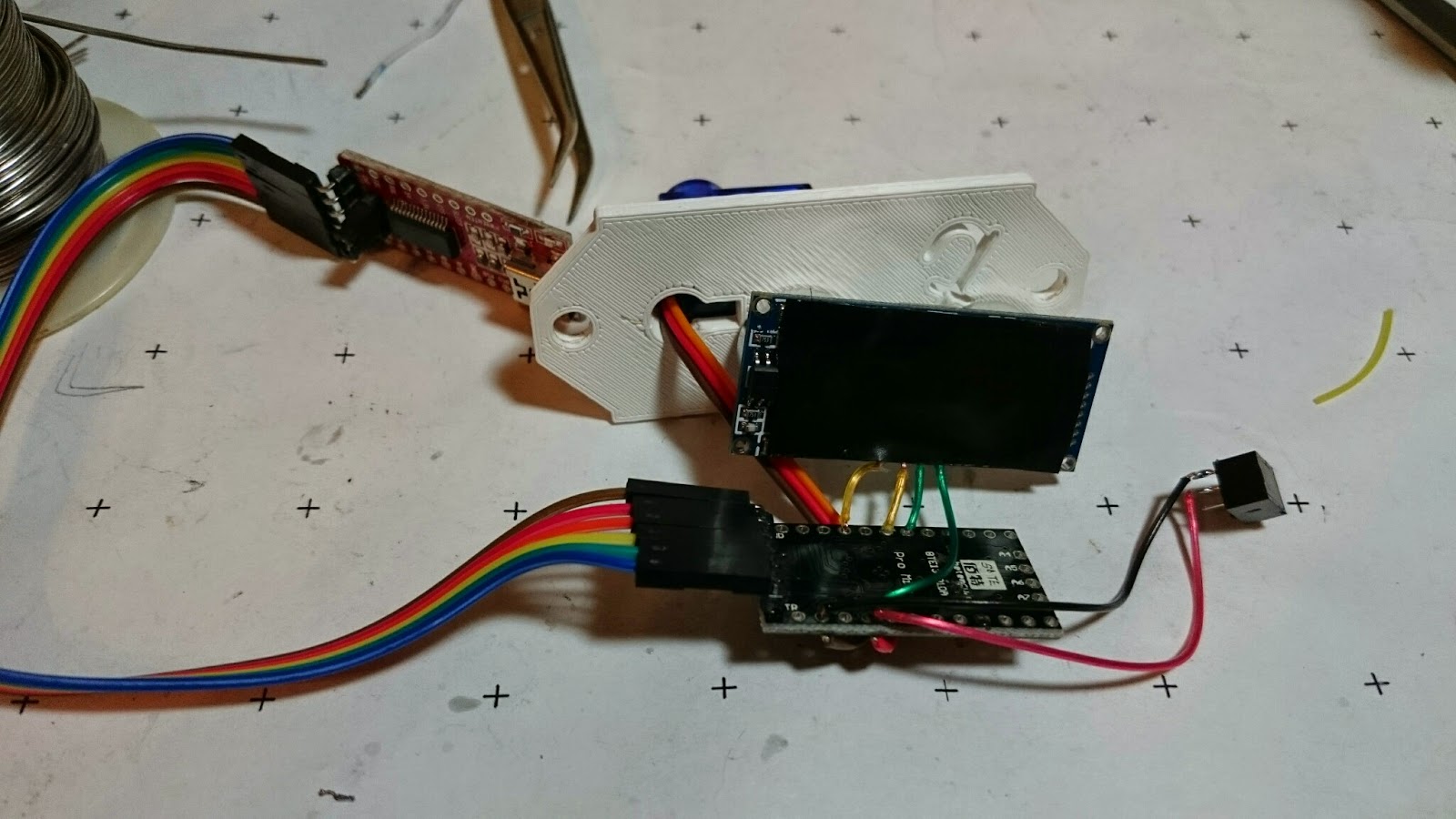 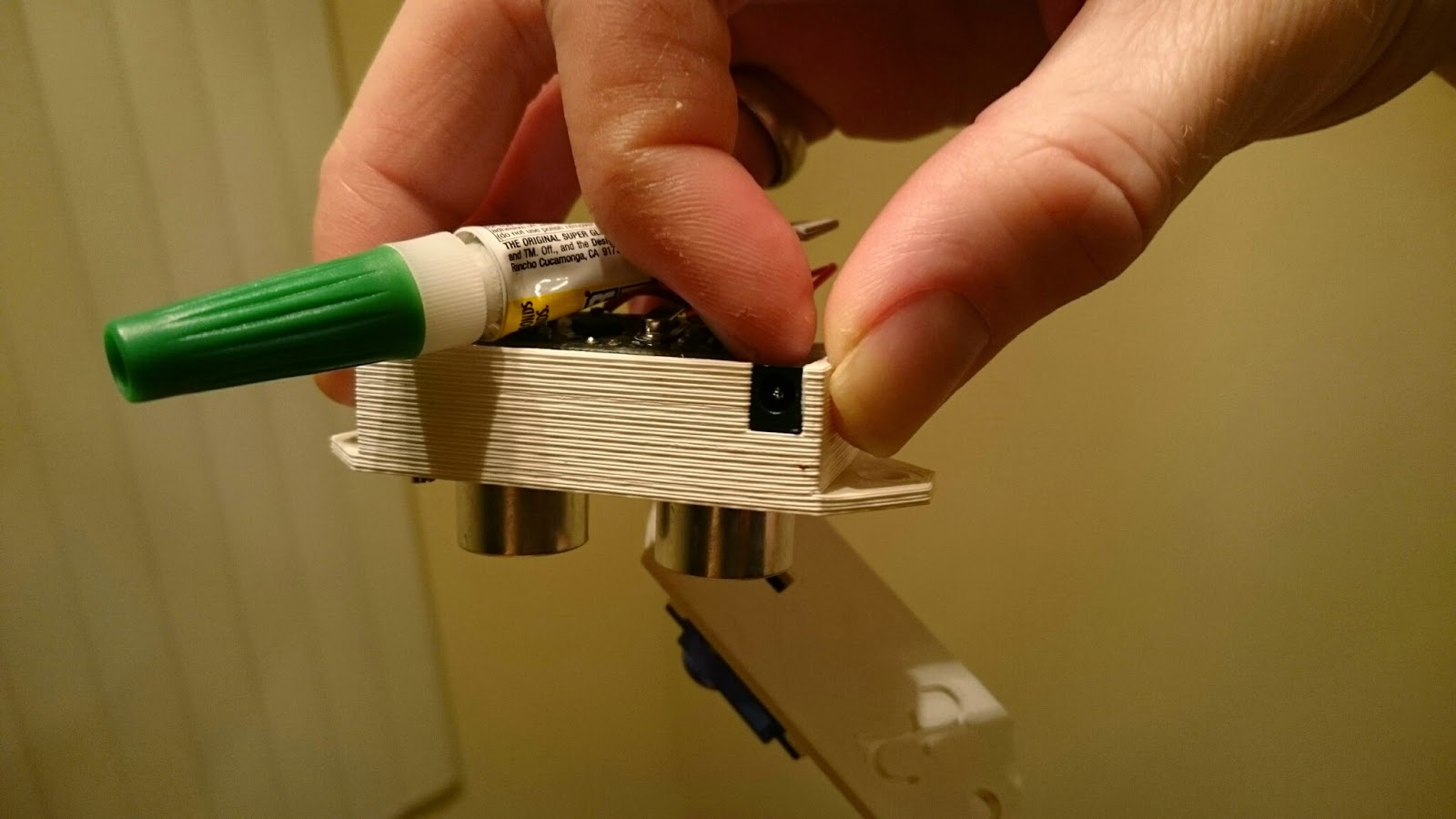 Files for Self Contained Haptic Distance Sensor:
To do: