October 24, 2015
Last week started with a dose of variety. I attended the second annual IOTHackDay. The team I joined was building a robotic xylophone. We started building weeks before so that coding could take place at the IOTHackDay but the day of the competition we still hadn’t gotten motion from the twenty mallets which each struck a single key. In the end we played music robotically but didn’t win the competition. Fortunately really cool projects won and we had so much fun. 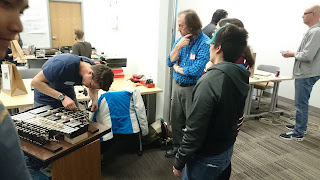 Our team and the xylophone 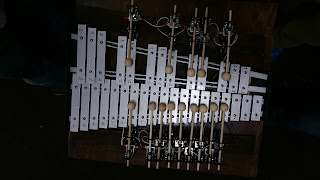 Top down view of robotic xylophone

Panorama of the convention

Testing on the servo controller side of the wrist mounted chording keyboard continued. A program was written to confirm that the new RGB LED was functioning and the distance sensor worked. No problems with the RGB LED but the distance sensor didn’t work right away. A couple changes to the program reassigned the correct pins and ultimately it was a missing resistor which caused the malfunction. Suitable resistors were stocked and installed. 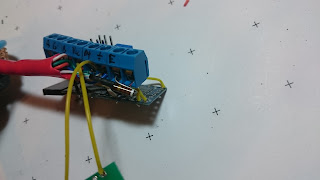 A suitable enclosure was printed then a lid was reprinted because it didn’t fit the first time. The enclosure was really snug but everything fit without damaging the wires while installing. Tension was high enough that there was no need to secure the electronics in the box. 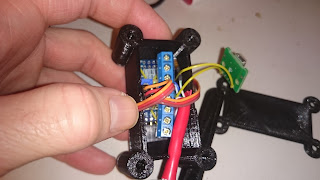 Electronics inside the enclosure

Testing on a fully functional device started. Using a proximity detector instead of a physical switch seemed to be worth the effort. Freedom from a plastic rod rubbing on the back of my hand validated the work spent making a contactless switch. Perhaps a future project would be a more discreet version which could sense multiple hand positions.

Finishing touches were put on the emitter receiver tubes including some protoboard and a layer of liquid paint. The liquid paint was primarily for cosmetic reasons but does provide physical protection. A micro USB port was glued to the lid of the controller enclosure for power only. Since the devices can all work well with 5V USB power makes sense. 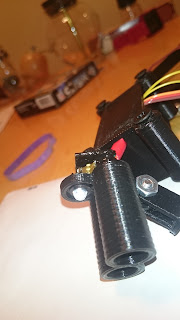 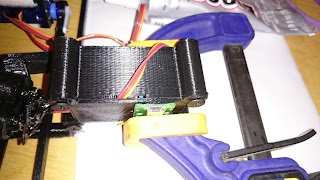 Two other instances of variety came in the form of a repair job to the 3D printer where a faulty connector was replaced and a new car purchase. It was a busy week. It’s always a busy week. So, I guess it was a regular week. That hardly seems to need pointing out. 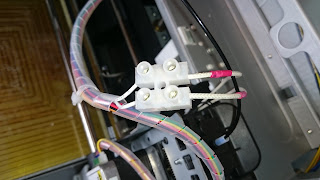 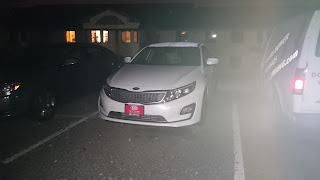