January 30, 2016
A slight detour was taken to make a pen holder which could be used as a straight-edge. This device was meant as a handy stand-in when a real straightedge wasn't immediately available. Basically an equilateral triangle was given a pen-shaped hole and the top was trimmed off to save plastic and to avoid making a pressurized chamber when a pen was inserted. It worked well but it was cumbersome to carry so it wound up on my desk at work. Coincidentally I also found out that Pigma Micron pens fit just as well as Sharpie pens. Printable files were on the blog post. This detour was a chance to teach myself about the polygon() and linear_extrude() commands in OpenSCAD.

Progress on the compass was in the form of another spinner design. This one would not rely on a keyed post or spinner, instead it would use a low-profile spinner with a protrusion on one side which would only collide with a protrusion from the case when it faced north. This isn't a new idea but before the protrusions had always been on the north side, this time they are located at the east or west positions to save space. 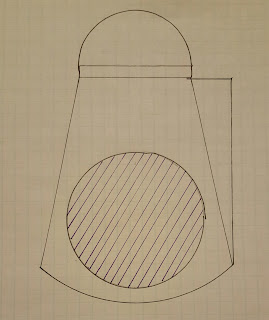 To reduce abrasive collisions a rubber grommet would be installed into the spinner's shaft so it would gently bounce off the neoprene rubber rather than slam hard plastic into metal. In this way the only noticeable collisions should be between the spinner protrusion and the case protrusion. 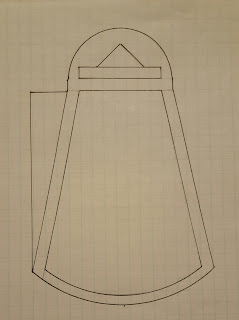 While modeling the spinner and seeing the proportions it seemed more logical to go back to a cylindrical design. The design was only meant to wobble about the axis running through the north-to-south but there was no obvious reason to limit movement. The polygon() and linear_extrude() commands wouldn't be needed but I have already used the pen straight-edge a couple times so it wasn't wasted time or filament. With a cylindrical design it was possible to print ribs inside the cylinder which would allow a grommet to be repositioned until a good height was found. 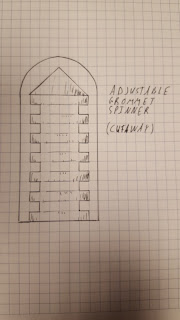 The model was intentionally produced in halves so that the grommet could be installed before it was assembled and effectively trap the grommet inside.

A narrated video was taken explaining my observations of the spinner. The video was one minute long.


First spinner to use a grommet