February 24, 2016
All clamps had been lost so measurements were taken to replace them. Measurements were taken from the widest part of the bike frame. A second measurement was taken on the salvaged frame to find the diameter of pipe which was smaller. In order to the correct size of clamps at the hardware store some analogs were found around the apartment which had approximately the same diameter. An empty roll of clear plastic tape had almost the exact same diameter as the large bike tube. Some scrap ¾” wooden dowels had the same diameter as the other bike frame part. These analogs made it easy to find the correct clamp sizes at the hardware store. 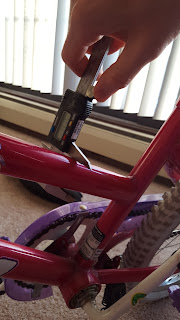 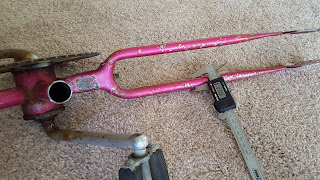 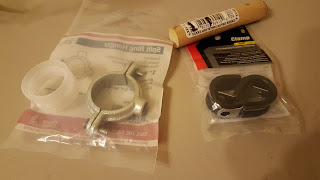 Analogs and their corresponding clamps 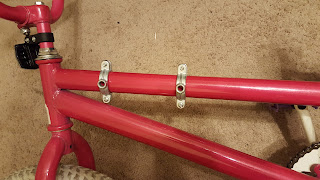 Clamps on bike, left side 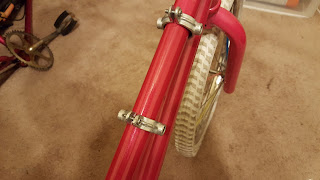 Clamps on bike, right side

Hopefully the clamps closest to the seat will connect with the salvaged frame’s wheel slots and hold it securely. The clamps closest to the handlebars should connect to the single hole straps which will hold the smaller pipe on each side. Clamp locations shown are not final. The position of the pedals will have to be measured when the seat is attached and adjusted for leg length. 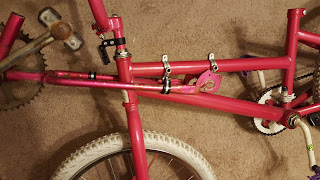