March 07, 2016
A 2N3904 transistor was added to the circuit in order to get more power through the coil and boost the magnetic output. A 2N3906 transistor could have also been used if the circuit were designed to switch on the positive side of the load. 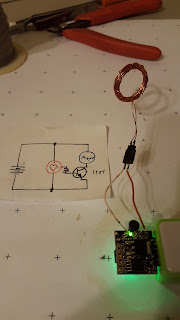 Switching with the transistor improved performance because it was easier to feel magnetic pulses from a heartbeat or an oscillating program. A diode was never added to the circuit to protect the controller and was likely the reason the controller stopped responding. The controller was discarded and a virtually identical replacement was substituted but instead of soldering all the components directly to the board they were divided into two halves.

The first half was the heart sensor and coil which were intended to mount on the finger containing a magnet. Standard header connectors, DuPont connectors, were used because they were stocked and simple to change components. 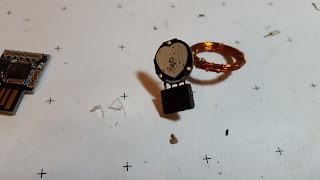 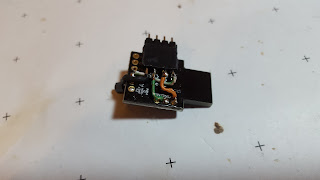 Controller and transistor with DuPont connectors

Both halves were easily connected with long header pins or DuPont wires and each time they tested well. The wires had stiff insulation and the sockets wouldn’t hold the pins tightly. This combination means the final product will need flexible wires soldered to the components in order to be viable. 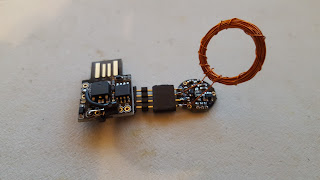 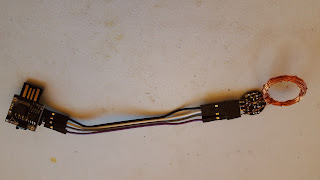 Both halves connected with DuPont wires