July 23, 2016
A few month ago the weekly summaries were pretty boring. They were simply saying that it was pure recording for two weeks straight. While this was productive it was dull. In my defense I didn’t waste much time saying it.

This summary has four subjects and in a way they were all completed.

First, episode four of 2 Cyborgs and a Microphone was published. This episode was recorded in a day and took two days to edit as some of the finer points of recording were fixed. Most notably the volume was low and each of the hosts were full volume in both left and right channel rather than being slightly weighted to one side each. These were easy fixes and the show came out on time.  The subject was artificial intelligence and how it might affect humanity someday and how it has already started changing.

I'm the one on the left

The second project was a binaural microphone which might excite me more than necessary but binaural recordings are so neat. The first time I recorded myself knocking on wood I played it for my girlfriend and she snapped her head to one side to see where the knocking was coming from. It was immensely satisfying to see the audio illusion working.

Building a rig to simulate a human auditory system wasn’t too difficult with the help of a 3D printer. Ears were printed with the help of thingiverse and attached to a holder I designed to hold the ears and a computer on a tripod. This project wrapped up when I showed that a binaural video could be made using a single computer.

Pokémon GO is a lot of fun so far. Team Valor! It has gotten me out of the house on days I would have sat in air conditioning otherwise. Jogging between Pokéstops is deeply satisfying because it feels more like a game where the character doesn’t waste time between points of interest. I’ve met five times more people in a week than I ever did with Ingress. I also have a bit of a hoarding habit so Pokémon hits all the right buttons.

While playing I wanted a way to capture Pokémon better and waste fewer Pokéballs on bad throws. My usual brainstorming started with motors and a microcontroller. Then the idea started spinning out of hand as I added features like movement recording and a battery to power it all. The gist of the ideas was that hobby servos would pull a stylus across the screen in a controlled manner to throw a Pokéball the same way each time. Not unlike a whiteboard clock.

After I got all the gizmos and complications out of my system I had that Eureka moment where all the unnecessary crap fell away and the simplest idea replaced everything. Instead of spending $20 and three weeks to build a tool that did one thing I cobbled $0.25 in office supplies and recyclables to do the same thing AND fit neatly inside a pocket AND it didn’t use batteries. The concept was sliding an ordinary finger in a straight line instead of making a machine trace the same line. A piece of poster board was cut to the size of my phone and stacks of sticky notes were put on it to form a straight groove. Nothing else was necessary and it worked beautifully. In addition to improving my Pokémon game it was the first Pokémon GO hack to be featured on Hack-a-Day. AND in addition to being the first GO Hack this works so well I can throw Pokéballs while jogging and land “Great” and “Excellent” bonus points.

Remember months of recording Charged: DesertIrish? Yesterday the recording finally caught up to the writing! 110 chapter and nearly fifteen hours of recorded audio. I won’t spend much more time on this subject but I am excited to start writing it again. After rereading the entire story I’m very familiar with the story again and ready to flesh out some new characters.

Check out this page for all the chapters. 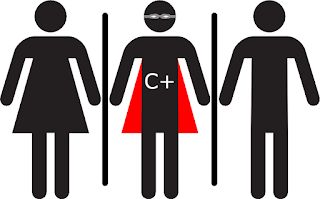