April 26, 2017
Specific IR remote signals were programmed into Python which changed the receiver's team. This will allow a moderator to quickly change the team of everyone playing. The vests and taggers will immediately change to match the selected color. A print() statement also tells which team the player has been assigned to.

Ability to change color and team with a remote 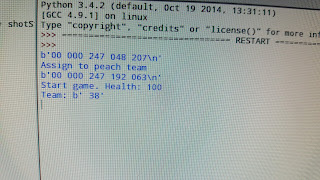 Another computer and Arduino was used to transmit signals as though they were being sent by an opponent. In this way, different teams IDs could be transmitted from the same emitter which made it easier than running another Python program and changing the player ID and team ID. The demo program was able to differentiate between friendly fire, opponent shots, and bad signals. Previously, a poorly received signal could still do damage. Error checking should eliminate that now. 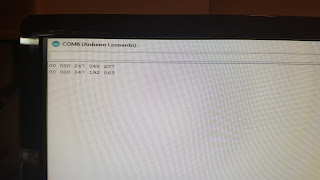 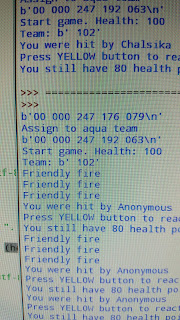