March 17, 2018
Sometimes when writing an article for Hackaday, there isn’t a clear hack. Sometimes, it just a fascinating build with some flair from the builder. This marble machine was mostly the second factor, but clever use of optical sensors also made it a hack. If nothing else, it’s an enjoyable video. 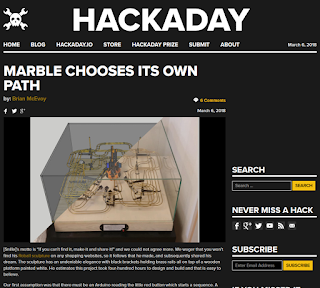 Marble Chooses its Own Path

Some hacks are so ingenious that they get passed over. They are obvious when you see them, but until someone spreads the word, they’re buried. Some clever fellow used free printer templates used for stylus alignment and printed them on transparency sheets instead of paper then placed a mirror underneath everything. The result was a mirror protractor like the ones used professionally. Bonus points for creative use of a 2D printer. 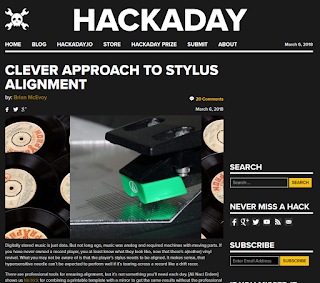 When we need a solution, we can only rely on our resources and experience. To that end, when a former library worked need to organize his comic book collection, he turned to the hardware he was most familiar. Namely, the brass drawer pulls used on index card boxes which had seen countless time at his old job. Since they weren’t meant for use with cardboard, he also had to print up brackets at home. 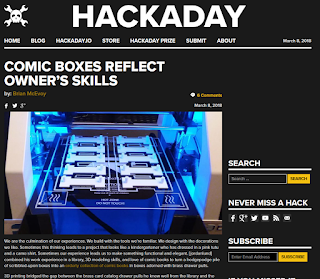 For a fun single-day project I outlined a plane and added holes in the shape of airfoils. The idea was that paper put into those holes would take the shape of the airfoil and make a paper airplane a little more robust than folded paper. Getting the exact length of paper wouldn’t be easy so I measured the circumference of the airfoil holes and made a straight line on the bottom of the plane the same length. In this way, the body itself was also a ruler. The same idea was applied to the horizontal elevators and a straight line on the tail. It was meant to be cut from a lightweight board, but I used wood just to try it. Once some weight was added to the front, it glided across a room. It should definitely be cut from something light like foam core. This was the first project completed in this blog’s fifth year. 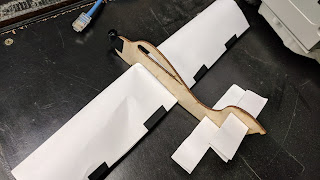 TineBox went through three playable iterations, and two non-functional iterations before them. The sound quality evolved from dry wooden thuds to a twangy metal with plastic hums somewhere in the middle. A video was finally recorded using a combination of the recorder’s microphone and an inexpensive contact microphone.