April 14, 2018
Getting the shape of the board, standard screw holes, and length took a great deal of time, but it carried over to the rest of the boards. This step wasn’t over until I felt comfortable the layout would last. A few of the keyswitch board layouts were created in EDA using the layout. 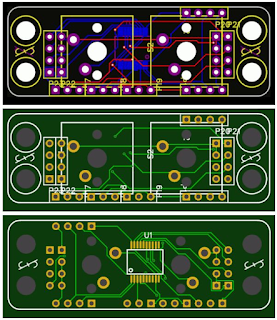 Once some keyswitch holders were designed, a few more boards were designed which were not intended to hold regular keyswitches. One example was a PCB meant to bring the power and data lines out to different connectors so anyone could make remotes far from the base unit. Another PCB was a breakout board which could have many PCB-mountable switches or buttons connected. 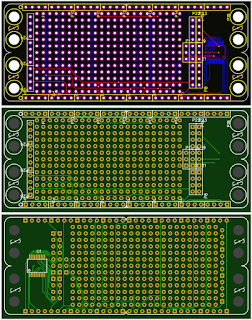 Protoboard, not meant to hold keyswitches

While the first generation of boards were being ordered and shipped, IO expander chips were ordered for testing. The first test was an IO expander module meant for an ecosystem of electronics for rapid prototyping. A good deal of work went into interfacing with this chip. The address pins were predefined which eliminated the need for making those connections but the reset pen was left floating and that caused problems when trying to make a stable connection. Ultimately, the cost of the board was justified. 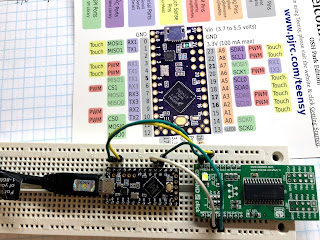 Connections to MCP23017 module board

After successfully connecting to a module, it was time to connect with a stock chip. For this purpose, a DIP package of the chip was ordered although the keyboard project will focus on the small surface-mount version of the chip. Communication was established with the DIP chip. 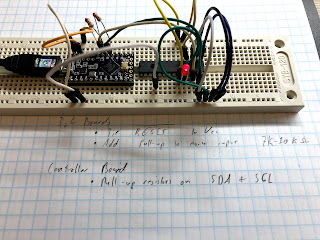 NASA made two firsts when they named a solar probe after a living person. NASA has never sent a probe to study the sun and they have never named a spacecraft after a living person. In addition, they are sending up a storage chip with the names of anyone who wishes to have their name thrown into the sun. It is clearly a publicity stunt and one which I happily got aboard. My name is going to the sun, and at the time I wrote this, there is still time for more people to put their names on the list. 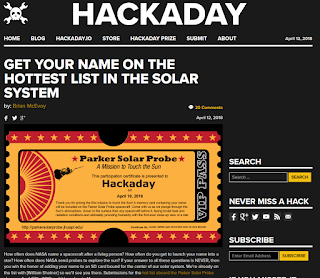