May 01, 2018
The most recent batch of circuit boards was still in transit, although the first batch had arrived. While some of the traits have changed, the core functionality was identical. Female headers were soldered to the Teensy socket and data lines. Male header pins were installed to the data line selectors. Jumpers were added to the data line selectors. Two boards were assembled in the case of problems with one. 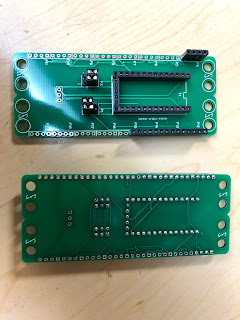 Three different styles of IO boards were assembled with IO expander chips and headers. Switches were not installed, so female headers were installed on the breakouts so that test wires could be used to jumper for testing. 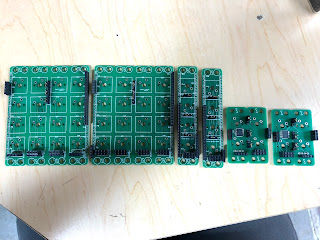 All the IO expanders were surface-mount devices which were soldered by hand. Small diameter flux-in-core solder wire was used to thickly tin the solder pads on the board then the chip was pressed into position while the leads and pads were heated with a hot-air soldering tool. After some practice, the results were reliable. 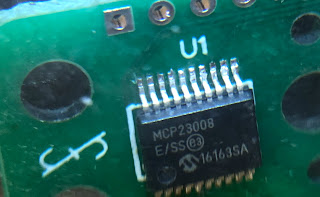 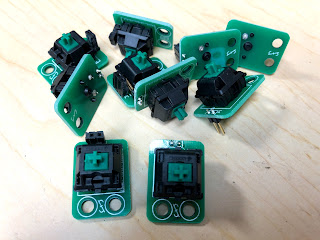