September 01, 2018
The emergency keyboard needed a couple of custom shields to interface with the board. This could have been done with a commercial breakout board, as shown at the left side of the picture, but the purpose of the project was to make something which sat on top of a common board. Plus, the readily-available breakout could still be connected later. 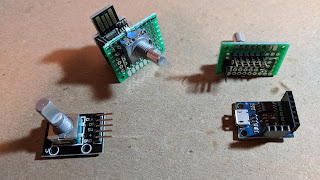 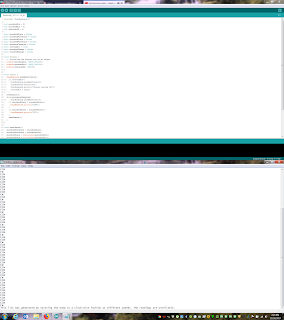 Some usable code was written to interface with the encoder, but the keyboard libraries were not up to the task of everything the project needed. Even the ability to press the backspace button was missing. 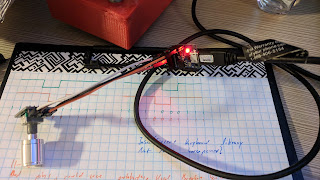 A setup that wasn't up to the task

To simplify things, a new board, a Beetle replaced the cheap controller boards. The Beetles were more expensive, approximately five times more expensive, but they use the same controller as the Arduino Micro, so the keyboard library for that board become available. Even those libraries were not as comprehensive as Teensy. 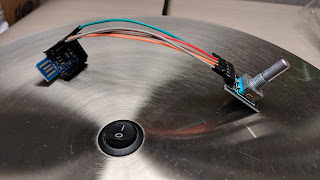 New board connected to encoder breakout

An article was written for Body Hacking Con about the importance of testing magnets thoroughly, especially when an unvetted source first comes on the scene. This was also a chance to sit down with Jeffrey Tibbetts for an interview. 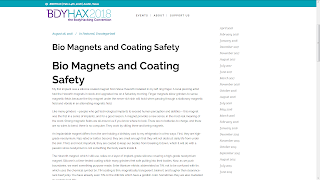