December 10, 2018
A lot of planning goes into making a map for each layer of a keyboard. At template was made which followed the general shape of the keyboard but did not include the inputs for the breakout board which haven't been decided yet. The first layer was self-explanatory because it followed the legends on the keys and the sheet for that had the letters and numbers included with the print and the word "KEY" in every non-standard location.

The other three layers were designed around specific goals, like editing with Audacity on a Windows machine or controlling video in VLC and YouTube. Some of the keys were the same in every layer, like the ability to change layers and the media control keys on board 0.

These layers were never meant to be the only usable layers and people who build their own would be encouraged to create layers which benefit them. The keys I selected for myself are all shown below. Code for these will be shared once it is complete.

One new trick being added to this keyboard is a series of keys on layers two and three which are called "Mac 1-12." These are intended to be key combinations which would be difficult, or impossible to type with an ordinary keyboard. An example of a key combination that is impossible to type on a regular keyboard is one with involves three modifier keys (alt, control, GUI, shift) and typing characters. Cheap keyboards cannot read more than three simultaneous keypresses while the keyboard library for Teensy can simultaneously send all four modifiers and up to six typing characters. These key combinations will not be expected by any reasonable program due to the limitations of keyboards but a program which can intercept these keypresses, like AutoHotkey, can turn them into usable the signal to begin a macro programmed on the keyboard without updating the software in the keyboard. AutoHotkey can also recognize which window is active so it may do one thing in Firefox and something entirely different in LibreOffice. 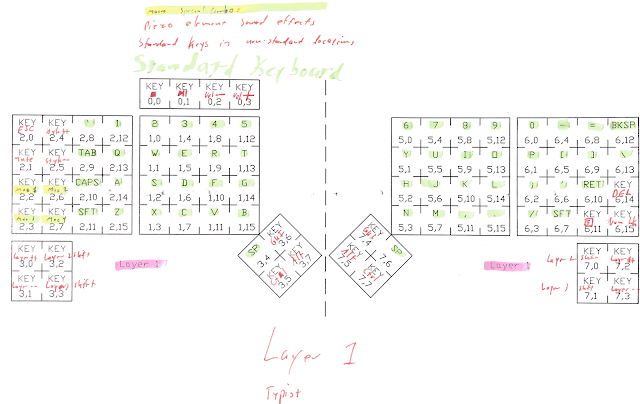 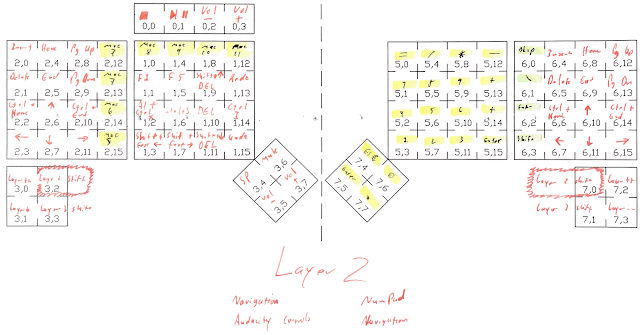 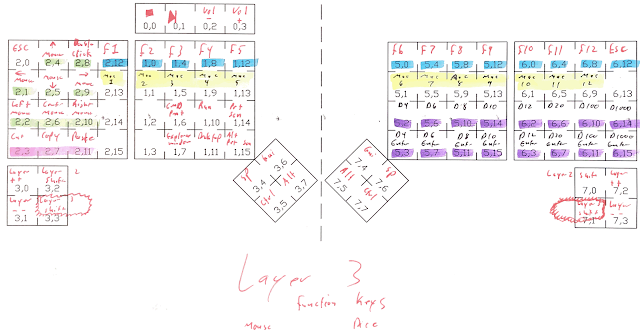 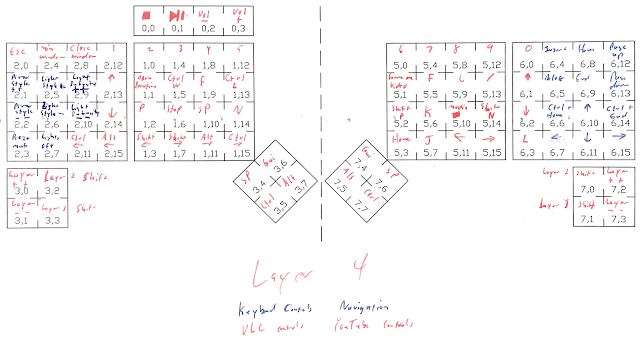