January 05, 2019
ModuKey saw some attention after a hiatus which focused on Hackaday writing. Programming all the keys is a daunting task, and it was no less intimidating when I finally got to it. Programming four different layers at the same time was not impossible, but it was not simple either. A few macros were written for an off-hand keyboard to make the task less repetitive. 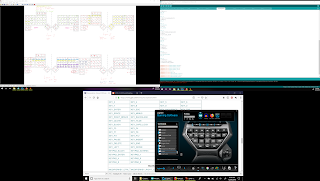 A project with thorough documentation is essential, but when that documentation looks clean and reads well, that is a bonus that deserves some attention. This persistence of vision (POV) toy top was a great candidate. 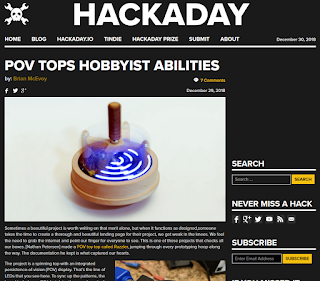 Sometimes a project which can alert you to a single condition is all you need for IoT and anything else would just be extraneous. This project capitalizes on that simplicity and tells a user with a push notification anytime a connection is made. Additionally, it was written for RasPi, Arduino, and ESP8266. 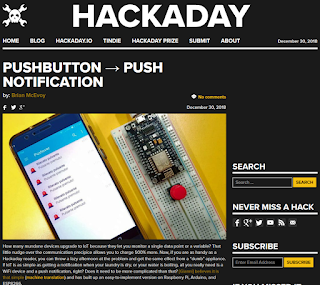 RFID is core to many biohacking projects so when a group is working on long-range tags which send back sensor readings, it is going to capture my attention. In fact, they talked about monitoring chemical levels inside a human body, specifically glucose for diabetics. 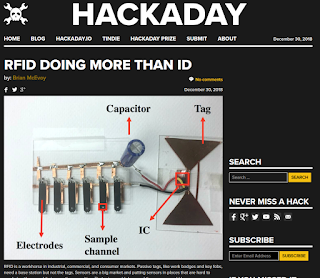 This Old Tony, a YouTube channel creates a lot of entertaining content that winds up on Hackaday, and one of his videos wound up in my suggested videos. When I saw that no one had written about it yet, I gave it a watch, and I was happy to write about it. The subject of the video was a small benchtop lathe at the very bottom of the pricing scale of lathes, yet it performed well in some areas. 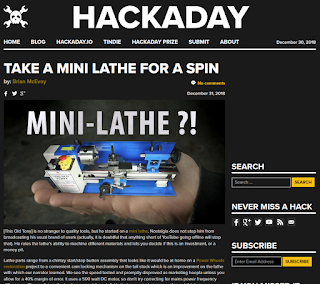 Take a Mini Lathe for a Spin

This article was published the moment it became 2019 in my time zone. The Hackaday server is two time zones away so to me it was the first HaD article of 2019, but officially it was the last article of 2018. Either way, I was pleasantly surprised.

Researchers combined machine learning with prosthetic limb control to make their use more intuitive, and the video showed that artificial limbs could operate much more fluidly than they currently do. 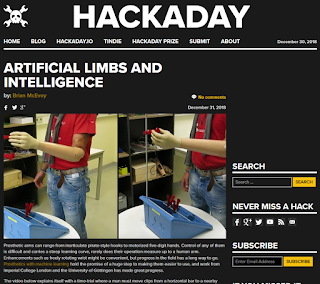