February 21, 2019
The teleprompter shown yesterday worked well enough so long as a level surface was nearby which could hold the device at eye level and the camera was small enough to mount close to the reflecting surface. In other words, the build was usable but not finished. 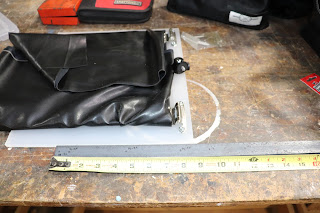 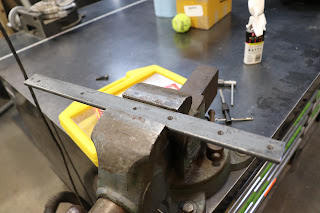 Two different sized taps were necessary, and two tap wrenches were available. The 10-32 hole and tap wrench can be seen in the background, and one of the 1/4-20 tapped holes and tap wrench is in the foreground. 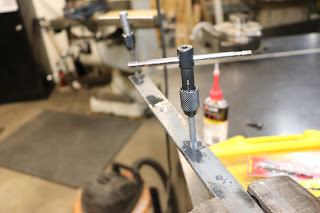 After tapping, with no broken tools, the bar was mounted to the platform using the 1/4" (6.5mm) hole already drilled. This location had already been decided according to the previous building, so it was kept unaltered. Using a square, the bar was aligned with the edge, and the spot for a hole was marked. This hole lined up with the hole in the metal bar tapped for #10-32. 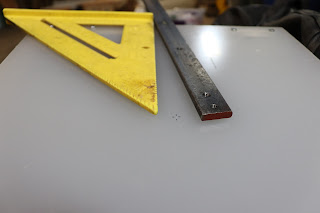 The platform was drilled at the marked location to 3/16" (4.75mm) diameter and countersunk on the top surface, where the computer would rest. 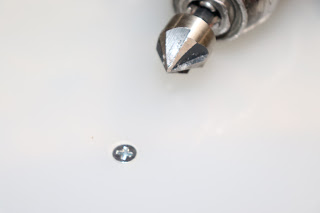 The bar was mounted to the platform using machine screws. The #10 machine screw threaded right into the metal bar, while the 1/4" bolt at the back went to a nut underneath the bar. This 1/4" bolt could be turned upside-down, and the camera head could be placed back there. Perhaps a second camera head will be mounted. 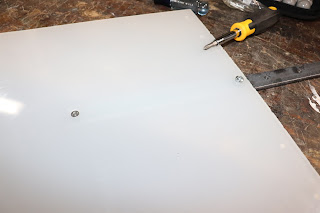 A perfect length for the #10 machine screw couldn't be found so a readily-available screw was cut down so that it could rest flush with the underside of the metal bar. In the picture below, the large threaded hole is 1/4-20 and intended for a tripod while the dot near the red end of the bar is the screw. 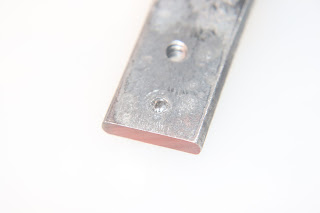 Before, the camera was lower than desired so an adapter was made which elevated the camera. The adapter was a 1/4-20 coupler nut, a segment of threaded rod, fastened together with a jamb nut. All these parts went between the black camera head with the ball and the padded plastic nut. 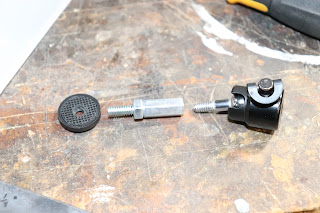 A phone adapter was used to attach a cell phone to the camera head. It was higher than before and stable. The reflector had not been reattached at this point. 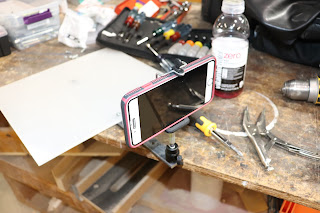 A DSLR camera was connected to the rig, and it was less stable than the phone but enough for recording from a tripod. The elevation of the camera was still a good height and any lower might be too low. 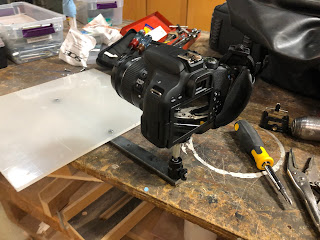 The reflector and black material were reattached. A small tripod was on-hand and used for the first test. Stability was a problem with this inexpensive tripod which was mostly cheap plastic. It would not sit level, but it functioned enough to test with a cell phone which was reflected clearly. 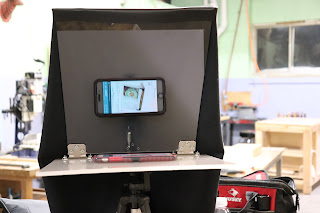 Showing a reflection from a tripod

After all the testing, the material was wrapped around the reflector, and everything was folded flat and ready to go home. 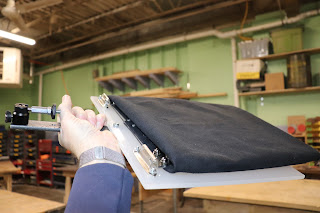 Folded up and completed, again