March 01, 2019
This project is complete! There are things I would like to improve, but the build has all the necessities done. Layer four was the last thing that needed to be checked out so that was started with the hope that it could be done in a day. Fortunately, that was an accurate guess. A few issues were found and sorted out. The first problem was a couple of keys were not acting as expected, such as a button that should have worked like the STOP media button or an arrow key that did not do anything. These were minor issues. Keys on the fourth layer were primarily meant to interface with VLC, so there were things like taking a screenshot that worked well the first time. 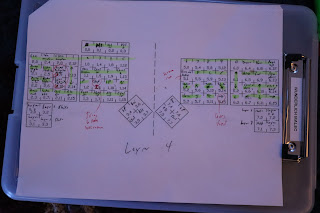 By far, the biggest issue came from buttons that were supposed to raise or lower the intensity of the onboard LEDs. Programming had not been done for this yet, so it was time to add the necessary code. The biggest problem was reconciling a variable and the brightness which was already in place.

This blog post was written on the new keyboard and some it was even written with prandom tones each time a key was pressed. It was a silly thing to enjoy.