March 02, 2019
My week started in Austin, TX for Body Hacking Con, aka BDYHAX. There was a talk by Brian Bushway about how anyone can learn echolocation. Brian is blind, so his interest came from necessity, but there is no reason people with hearing cannot learn. 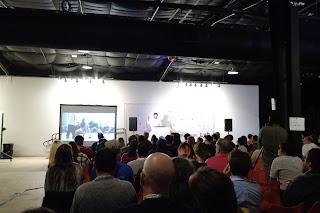 At BDYHAX there were VivoKey Spark implants available, so I bought three. I got one installed in my left hand which can be seen in the picture below. The second went to my girlfriend who got hers installed at the convention, and the third went to Tim, my co-host of Two Cyborgs and a Microphone. As of writing this, Tim has not has his installed. 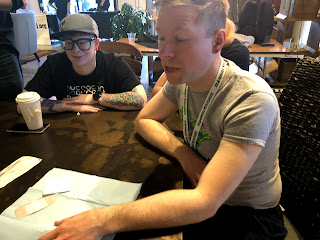 Hand out to get an implant in

I found a GraLab timer at a thrift store for less than five USD, and I'm a sucker for a bargain and, you know, lab equipment. The big problem was that some screws had come loose inside and the timer hand slipped off the camshaft. 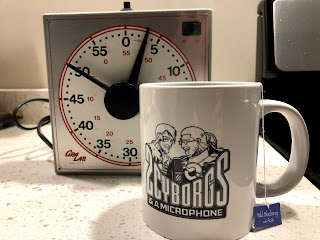 Layer three of four in the latest ModuKey build was tested. The most significant issues were centered around some system-wide problems like the modifier buttons which were not arranged the way I wanted and a layer shifting button which did not return to the first layer when it was released. 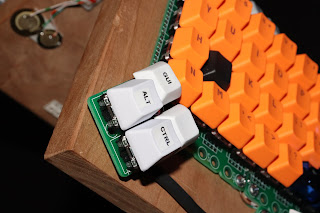 The fourth and final layer was tested and corrected. The biggest issue here was being able to dim the onboard lights by pressing keys on layer four. There were already some variables in place for doing this, but they had not been tied together. Even though the picture below looks like the lights change automatically, these frames were taken seconds apart after pressing the button to increase the light intensity.