March 07, 2019
The sound module selected for this project had a built-in battery for powering or charging a device so this board will be USB powered. A micro USB breakout board was an easy way to get power to the Arduino, but when a hole in the side was drilled to access the port, the bit ran into the connector and shredded the fragile part. It was foolish to cut while the component was installed. 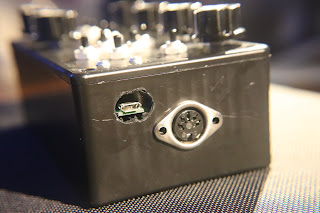 The micro USB port and a broken connector

It was the last breakout board of that size, and the mounting holes were already drilled, so another breakout board was sacrificed. No SMT micro USB pieces were stocked, or that would have been the best choice. The broken connector was removed, and the intact connector replaced it. This required a hot-air rework station. 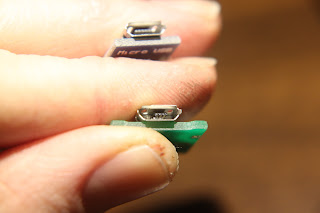 Green is the broken connector

Vcc and GND wires were run to all the devices that needed them. Each potentiometer needed a high and low while the switches only needed a GND wire. The system used sinking signals, so they wait for the line to go logical LOW. In this version, the controller provided a pull-up resistor, but in the next hardware revision, resistors will be installed. 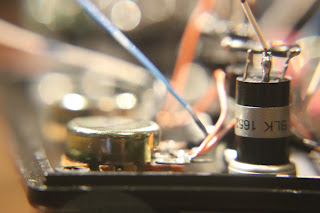 Switch and potentiometer wired up

Each operator needed a signal wire, and they were installed last. Each switch was wired with the normally open contact and common contact although one switch was accidentally wired to the normally closed terminal. 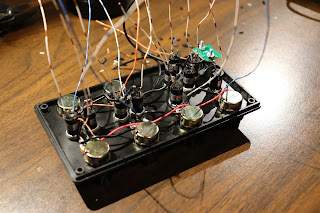 An Arduino Pro Mini was wired in. This controller was selected because many were stocked and they can be integrated into a project without any great cost of leaving it in place. The board did not have any headers soldered when it arrived so it was simple to go directly to the board which is also why no pull-up resistors were added. 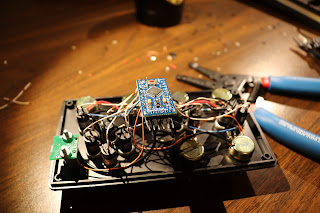 In the depth of the enclosure, a MIDI DIN port was installed opposite a switch. The MIDI port would be for sending a signal out and the switch would prevent it from interfering with downloads. In other words, the switch would toggle between programming and operating. 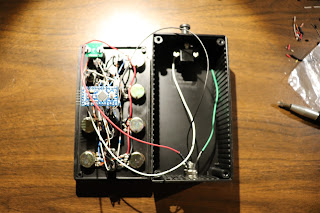 Control on the left, communication on the right 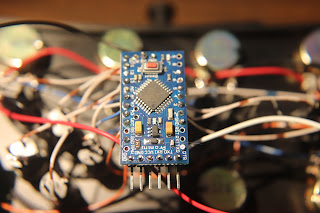 Arduino sitting on a jumble of wires

The programming switch on the side took up too much room and interfered with face-mounted switches so a low-profile switch replaced it. This switch was meant for a 120V lamp so it was overkill and meant for AC but it will work well enough. 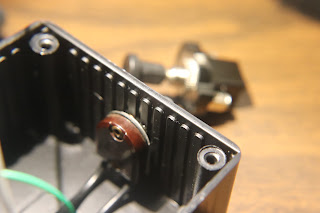