May 25, 2019
This tip came from deep in the tip line. It was a timeless hack, so I was surprised to see that the comments revolved around how it was easy to buy what this hacker built. The commercial item cost more than five times as much as the hack. Regardless, the hack was solid, in my opinion. 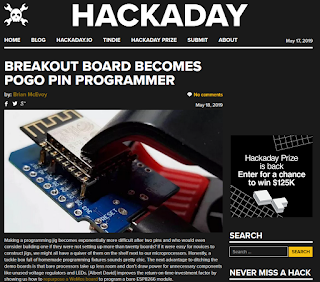 Grindfest 5 was at the start of the month, but I took my time to write about it. Part of the difficulty was that it was such an intimate affair and some of the stuff was newsworthy but the feeling from the event was the best part for me, and it would have sounded like I was bragging about a particularly fun family reunion. No one wants to read that; I wouldn't. 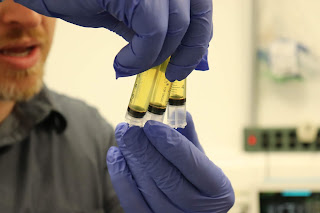 I spent a lot of time chasing the elusive "MIDI in" specter. When I found that the problem was my optocoupler board, I was disappointed that my hardware failed, but relieved to know the source of the problem. The prototype was installed with screw terminals, so it was easy to swap a new board in. This time it only had a pull-up resistor for a component. 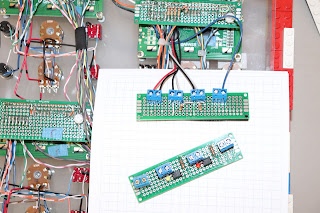 At long last, I was able to read MIDI from an external device at the correct baud rate. I added to the tempo code so that an incoming signal would override the potentiometer and lock the wind chimes into the same speed.

The incoming signal was looped based on sensing the same note twice in a row. In this way, a whole drum loop could start with a kick drum, play a few other instruments in sequence, and when the kick drum played again, the loop's time could be measured. Readings from the potentiometer were put back to use by setting the windchime's tempo to an exponential fraction so it could be twice as fast, four times faster, or eight times faster. It could be slower by those same proportions so half speed, quarter speed, and eighth speed. 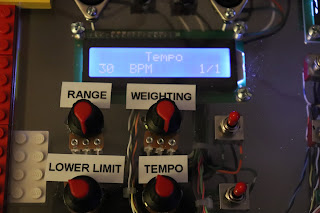 Exponential tempo changes seemed like a good idea, but they were extreme. The simpler code allowed for more precise tempo changes from eighth-speed up to eight-times speed. Fractions like 1/7, 1/3, and all the rest as were triple-speed and seven-times speed. 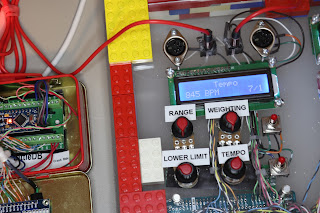