August 17, 2019
For an encore presentation from Len at the Bellowphone channel, I wrote a second article. Without fail, comments on his pieces were positive and supportive. I guess that is what happens when a sweet-hearted person shares a lifetime of experience in an entertaining way. 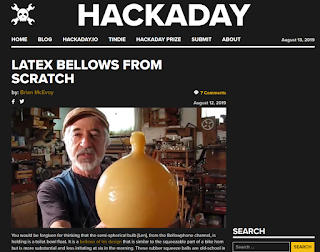 The other Hackaday article I wrote was an oldie from a magnet store blog, and it talked about the parts of a generator by building a simple one and improving the design which demonstrated how the changes affected the output. In short, a chintzy generator built on guesses will not work as well as one modeled after a commercial version. 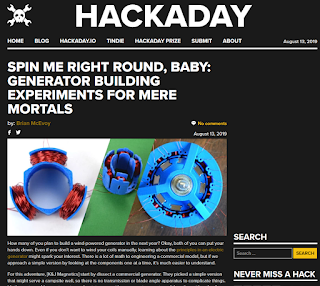 Back on the PillarGame project, I tried a couple of new Bluetooth modules in the hope they would automatically pair themselves without any code on my part. Sadly, the boards were dubious at best, and falsely represented at worst. They couldn't connect automatically, and one would not even transmit received data. It was worth a try, but I lost that time-gamble. 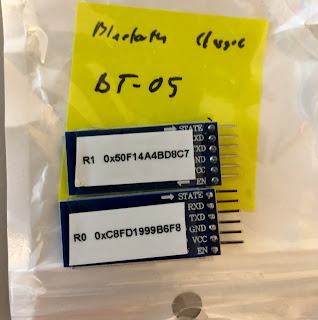 Working with the previous Bluetooth modules, I added to the code that would allow me to control individual LEDs on any of the three strips as well as the special commands like "test" and "AllOff". This was possible only after the wireless bridge was established, and then the host computer could send commands as though directly connected to the peripheral unit. 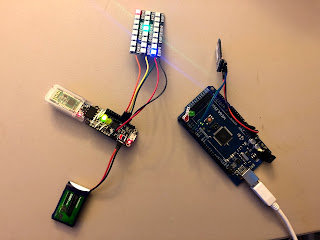 Individual LED control was still limited to a single digit for red, green and blue, zero through nine, but I wanted to expand that up to 255. The new code allowed this, but it had to be formatted into a cumbersome format with leading zeroes and no commas. 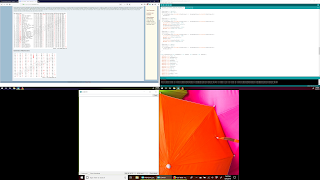 The clunky way of sending code would not do. It was too dissimilar from the convention laid out in Adafruit's NeoPixel library. Pseudo-code was written that would parse out the information from a comma-delimited transmission, but there was not enough time to code it afterward. 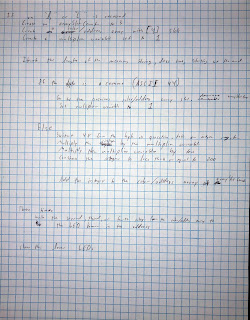