July 11, 2020
At some point, I will be connecting my project to a phone app via Bluetooth, so I switched my Inertial Movement Unit (IMU) to a board with an ESP32 and battery charging. I spent the day trying to get readings, and I worried that I might have damaged the IMU. 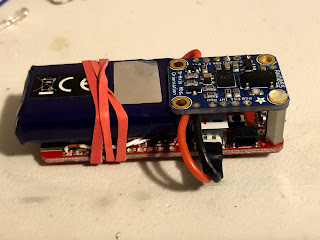 Fresh hardware
I reconnected my first controller, which had the old program, and it worked, so I tried some more tricks, but I couldn't get any readings on my new wireless microcontroller board. There may be an issue with this one. 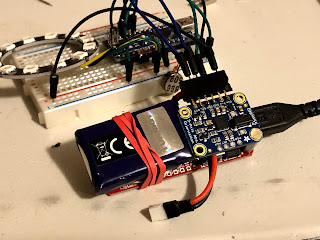 Some of this still works
I bought a new board with a different microcontroller and a separate wireless chip. The form factor was roughly the same, so my wires and battery fit neatly. There was some work to redefine which pin connected to the motor. 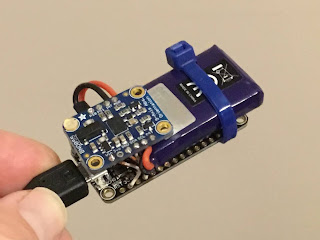 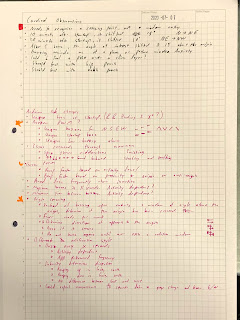 One day's observations
To start with modulating an output, I focused on the onboard LED, and made it dim as I turned it toward the south, and brighten when it turned toward the north. East and west looked identical, but if you twisted after seeing the light at partial brightness, it would become obvious which way north lie.

PWM and orientation
I wore the sensor on my leg for a day, and that had new issues like false-positives. I would like to see a live reading as I walked, but that won't happen until I get some app integration. My significant accomplishment for the day was sketching pseudo-code for the next way I would identify north. 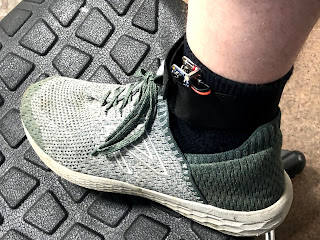