July 31, 2021
I plan to build a couple of cameras from salvaged Wii remotes, but I ordered a commercial version earlier. I connected it with a couple of examples and discovered that I could only detect IR sources, like LEDs, flames, and lasers, but I couldn't see a laser reflection on a wall. If I can't detect reflections, this project won't work. 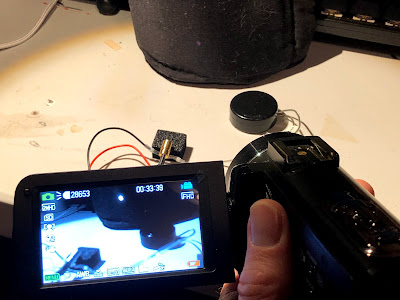 Gravy Shock hasn't seen much attention lately, but it has been in the back of my mind. My editor and I sat down and finished our first pass at book one. We added a short sequence where the port authority adds a ship to the light rail, and later when something similar happens, Jerry freaks out because it looks like the start of an attack. 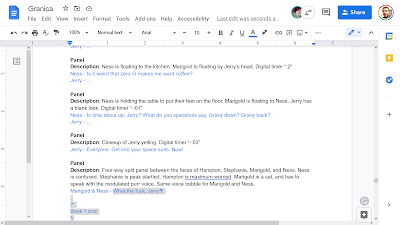 End of book one

I made a new edit of chapter one, where I combined the description-heavy dialogue of the radio play with the streamlined comic version. Most of the action stayed the same, so I didn't have to worry about veering far off story-wise. 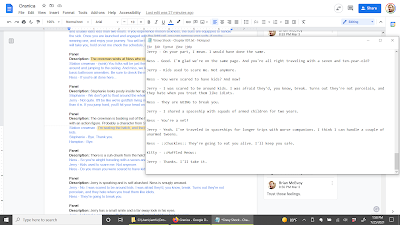 I wanted to add a soundtrack to this recording for a couple of reasons. It should help smooth over the business-like way I speak, and I have a device explicitly meant to generate soundtracks. They won't be the best, but I don't have to pay royalties, and it is another portion I can do myself. I worked out three soundscapes on an older version of the sound generator and wrote down the necessary settings. 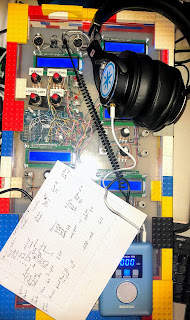 My recording space needed some changes—namely a smaller desk. I loaded the chapter one script into Evernote, but my recording laptop used Linux, so I decided to view it on my phone. In the end, I could only record a few sentences, but I got a lot of problems out of the way. 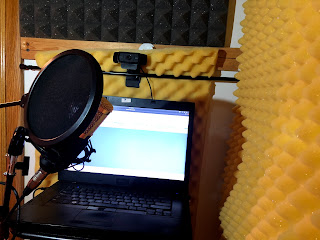 Recording space with a smaller desk

I recorded chapter one from the beginning, but all the voices sounded terrible until I relaxed and acted them out instead of just trying to read in their voices. 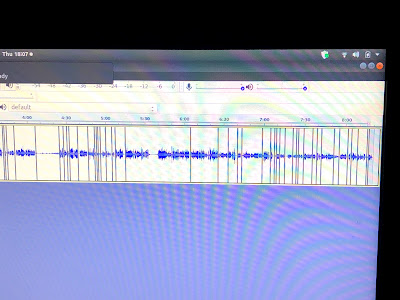