August 21, 2015
Mouse clicks have been a part of the program but not immediately evident as to why. Only button clicks have been implemented but rearrangement of commands associated with the Far thumb button show that mouse functions will be developed. An analog output accelerometer was soldered to the first three analog inputs on the Arduino. Accelerometer functions were not necessary for a desktop version so desktop code remains unchanged. 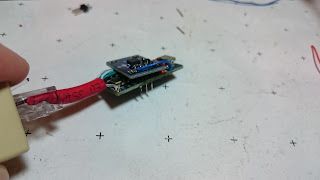 Arduino Micros had a virtual serial port through USB which worked very well. In addition to the virtual one a serial port could be used on pins 0 and 1 to comply with the standards of previous models. A USB ↔ serial adapter was connected to the Micro to ensure that data was being passed, which it was. Using the hardware serial pins was necessary for connecting a Bluefruit EZ-Key. 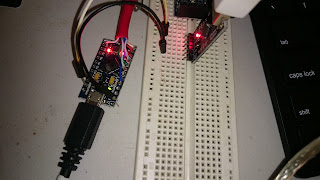 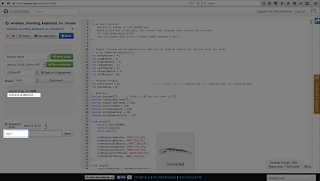 Serial data through the serial adapter

Three wires were necessary to go from the Arduino Micro to the Bluefruit, Ground, VCC, and TX (Micro) ↔ RX (Bluefruit). Additional buttons could be attached to the Bluefruit in the future to add things like a gaming pad or arrow keys but these are future upgrades or peripherals outside the scope of this project. 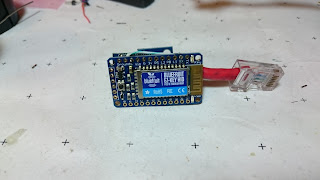 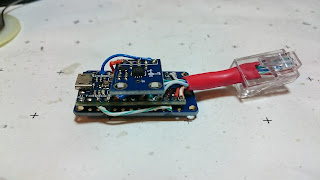 Everything was powered up with a USB charger. No problems were encountered finding or attaching to a mobile phone. The keyboard appeared as "Adafruit EZ-Key 5d07" which was presumably the item name followed by part of the serial number. Within moments of connecting output was possible but instead of typing the expected numbers and letters numbers appeared. Two and three digit numbers seemed to be the keyboard codes. Code was changed from "Serial.print()" to "Serial.write()" then uploaded again so the expected letters appeared. Alphanumeric glyphs worked correctly but not all were tested. Non-printing characters, like delete, did not work. These keys were tested simultaneously on a desktop computer which was connected through USB. 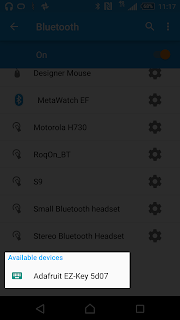 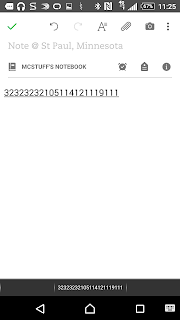 Unexpected numbers where there should have been letters 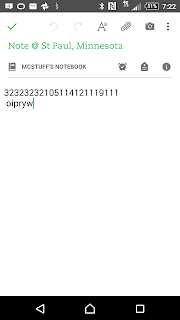 Same file as above but with letters typed later


Code to talk to BlueFruit EZ-Key

Chordmapping spreadsheet was corrected after entering the codes for serial connectivity. A couple errors were found and fixed while the number values associate with the fingers were eliminated since they were not necessary for learning to type. 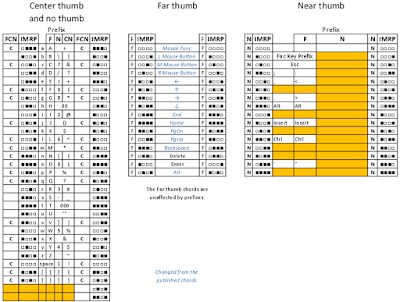