November 16, 2015
Enough pick holders were printed. Old versions were kept and will likely be used for the costume but in less visible locations. Later models will be placed in more prominent locations. Forearm measurements showed that 10 holder could fit and still have room for the elastic band to hold.

Another model was made which didn’t have the pick guard or neck magnet like the other models. The purpose of this version was to glue larger magnets to the tray so the wrenches could be held in place. Lock picking wrenches are the pieces which actually turn the lock and apply tension while picking. Symbols were removed from the tray to match the pick guards of the later models. The symbols were placed off-center so the middle would not be weakened due to the finger holes already there. 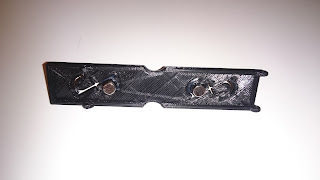 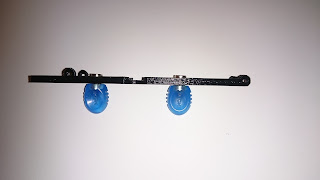 Magnets being held by other magnets

Wrenches held in position well. Lock pick holders relied on the elastic band for some of the holding power while the wrench holders rely solely on the magnets to hold the wrenches in place. All the prints were lined up next to one another. They were arranged so holes would line up as well as possible. If all the prints had been made from the same model the holes would have lined up. 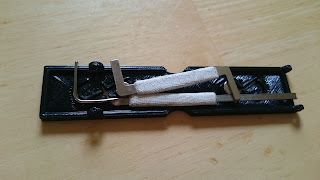 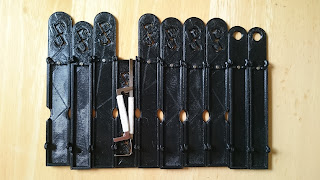 Elastic cord was run through the holes. A single cord was used so that a single ferrule, aluminum (aluminium) in this case, was all that was necessary to hold it together. Hardware store ferrules may not have been the best choice but ferrules weren’t purchased at the craft store when the elastic cord was purchased. 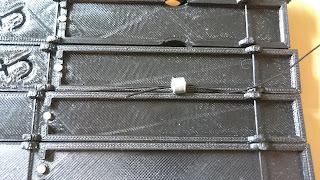 When the ferrule was crimped in place the construction was completed. Wearing the holders was as simple was hoped since the unit easily slide onto an arm over bare skin or a shirt sleeve. Photos were taken wearing the holders over a sleeve. As soon as models are published and instructions are written this project will be completed. 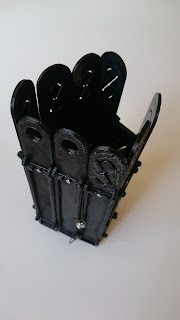 View of holders being worn