March 29, 2016
Polyurethane layer number one was rough, which was to be expected. The surface was slightly rough to the touch which was logical since this was satin finish polyurethane. Two coats were planned and the second coat was meant to further smooth surface texture missed while sanding. 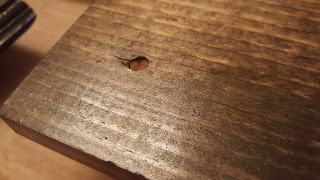 High grit abrasive paper was used on the first layer of polyurethane which had been drying for more than 24 hours. All the drying was done in a well-ventilated room but air flow was not high so the polyurethane dried slower than desired. Sanding was attempted after 16 hours but the surface was “gummy.” 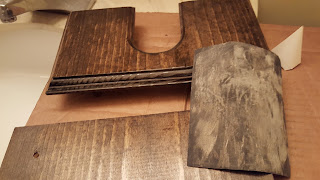 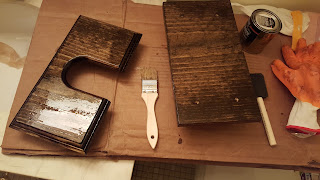 The surface of this layer was noticeably smoother than the first which suggests the second coat was important and more of the surface fluctuations were filled in. Using a sponge brush may also have impacted the finish. 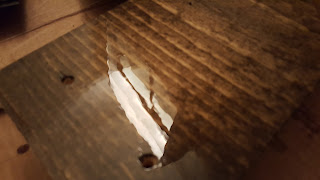 While the polyurethane dried a hobby store was visited to find a mirror which would rest below the coffee maker. The mirror was intended to make the middle of the project look interesting while there was no coffee maker in place, add some easy flair and protect the wood from the coffee maker. There were two beveled mirrors that were appealing. The first was a hexagonal mirror and the second was a round mirror. The hexagon mirror was more unique but the circular mirror resembled the coffee maker and the cutout in the top platform it will rest beneath. 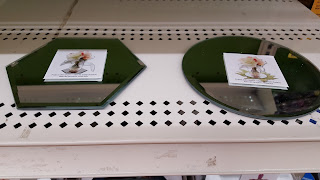