April 09, 2016
Charged: DesertIrish continued but there were hints that the story would turn into a more fantastical story with the introduction of Motor and Head’s underground machine shop. My hope was to show that these characters were the type of people who would in fact build an underground lair if they had the resources. It also didn’t resemble a whimsical dungeon or anything with a ridiculous theme, it was simply a room underground they were able to build because someone kept a digger at their yard. Their characters as eternal boys with grown-up resources has been shown since they showed up in a van with two engines simply because they had the resources and ability to build it. Their method of entry was also whimsical but entirely in the realm of possible with the technology in 2012 and wouldn’t even have required supernatural abilities.

Several of the characters talked about how they would have broken into the underground lair but it was clear that without their powers they would have been unable to find it or unable to enter. Hopefully this shows that each of them is fully invested in their ability rather than the problem I have with characters who only remember to use their powers in distressing situations.

Jason returns with no fanfare and they secretly discuss the list of people with abilities he got from Charged Minds. This list contained two hundred people but a couple had to be removed from the list. Death or circumstance was hypothesized to be the reason with death being the most likely. After discussing the list for hours they break for dinner but are too excited to break for the night so they reassemble back in the lair to talk about who they should contact. 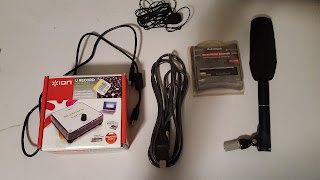 One pass was made at the story and very few changes were made but it freshened the story in my mind which will be important because the second pass at editing will be to turn the story into an audiobook. Reading aloud is a great way to edit because it makes clumsy sentences easy to find. It also makes dialogue more fluid. Considerable time was, and will be, spent making a suitable recording space. I will be doing the reading alone. This is my first attempt at voice acting which is exciting.