The model was printed with high infill so it would be a sturdy piece even though it shouldn't have to withstand any severe pressure. Printing rather than cutting and drilling saved a trip to the hack space and ensured that a second model could be printed with the same characteristics. 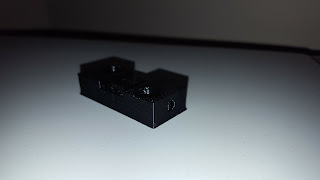 A reed switch was given two wires. Wires were soldered to the tips of the switch leads and covered with heat shrink tubing. One idea was to attach the wires directly to the bolts passing through the switch holder. This would eliminate wires which would have to pass through the gear board. This could reduce the reliability of the switch connection and the wires would be hidden by the gear. 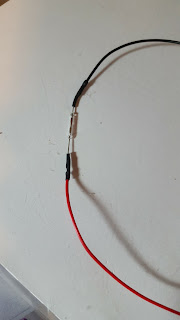 Two #10 (4.5mm) countersunk bolts and matching nuts were used to install the switch holder to the gear board. Wires on the outside were bound together with zip ties and kept to one side so the holder could be used to hold the final gear out of the way. The bolt installed for the purpose of holding the gear at the correct height could be removed now that the switch holder was installed. 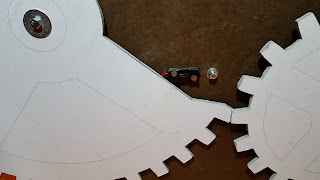 A third hole was drilled for the wires. The red and black colors were chosen arbitrarily since the switch was not a polarity sensitive device. 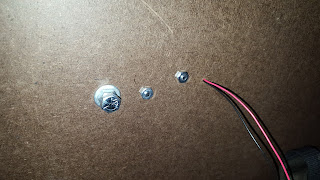 Wires passing through back of gear board

Wires from the switch were run to the RJ45 junction box. They were attached to the ground screw and the reed switch connection. All the wiring for the gear board was completed. Wires from the RJ45 box were bundled with zip ties and a tie block was used to keep the wires neat. 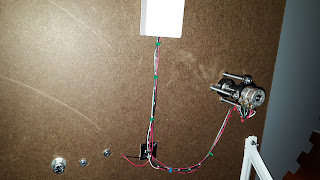