February 26, 2017
Semi-weekly summaries were getting tedious. It was difficult to recall two weeks ago and the post went on too long for my taste. I'm going to try posting a summary every weekend even if an episode of 2 Cyborgs and a Microphone also comes out.

The internet got to hear me talking a lot in the past week. Yesterday we released our episode about religion and Tim and I discovered that we get a little passionate when we're talking about this. As we say in the show, if a religious scholar is willing to discuss why he or she is opposed to RFID implants I would love to talk. Shoot me an email. brian@twocyborgs.com

A new project started up.  This was the result of fun brainstorming at a MeetUp. Someone suggested that smart watches are convenient but they don't have an exciting or customizable form factor. The result of some banter was that the pinnacle would be a smart pocket watch.

People following this blog will know that I've attempted this before and failed so I guess this isn't truly a new project but a totally different approach was taken. This time 3D printing was employed. The goal was to take an inexpensive smartwatch and put it inside a pocket watch-shaped case.
A clamshell design was modeled and a series of hinges were added.

The thin hinges were a poor choice since they would not print cleanly or accurately. They would have also created a lot of undue friction between the halves. The model was revised to use fewer slats  but they were thicker. However, the design didn't allow the watch to actually open since the cover would bind with the hinge.

The binding issue was resolved by rounding off the shape of the hinge. A stop-motion animation was shot of the hinge in operation. Each half was an identical copy and the edges met up when it was closed.

Before, the halves were printed to prove the concept so they were hollow. The model was finally revised to include a cavity for the smart watch to sit and a window for the screen. In addition, the bottom half had notches removed at the two sides adjacent to the hinge while the top had a notch removed on the side opposite the hinge. These notches made it easier to open the face.

The watch was installed in a printed copy of the halves and the hinge was given a bolt and nut to keep it secure. A locknut was used to keep it from coming loose without adding friction to the hinge. 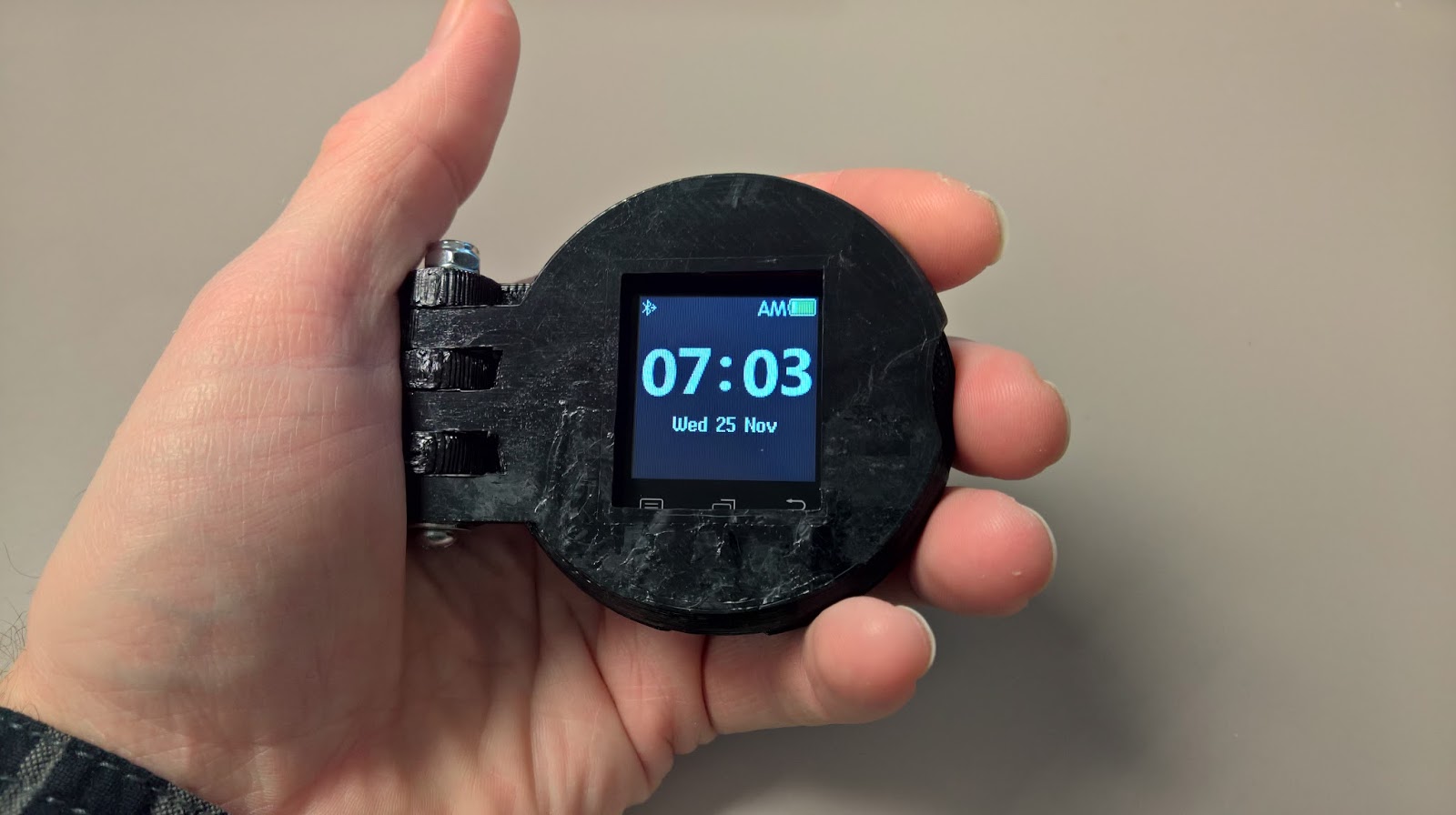 Opening and closing the face was simple so using the smart watch was no problem but the cover kept the watch from being scratched. All internet searches I've done show this to be the world's first smart pocket watch. 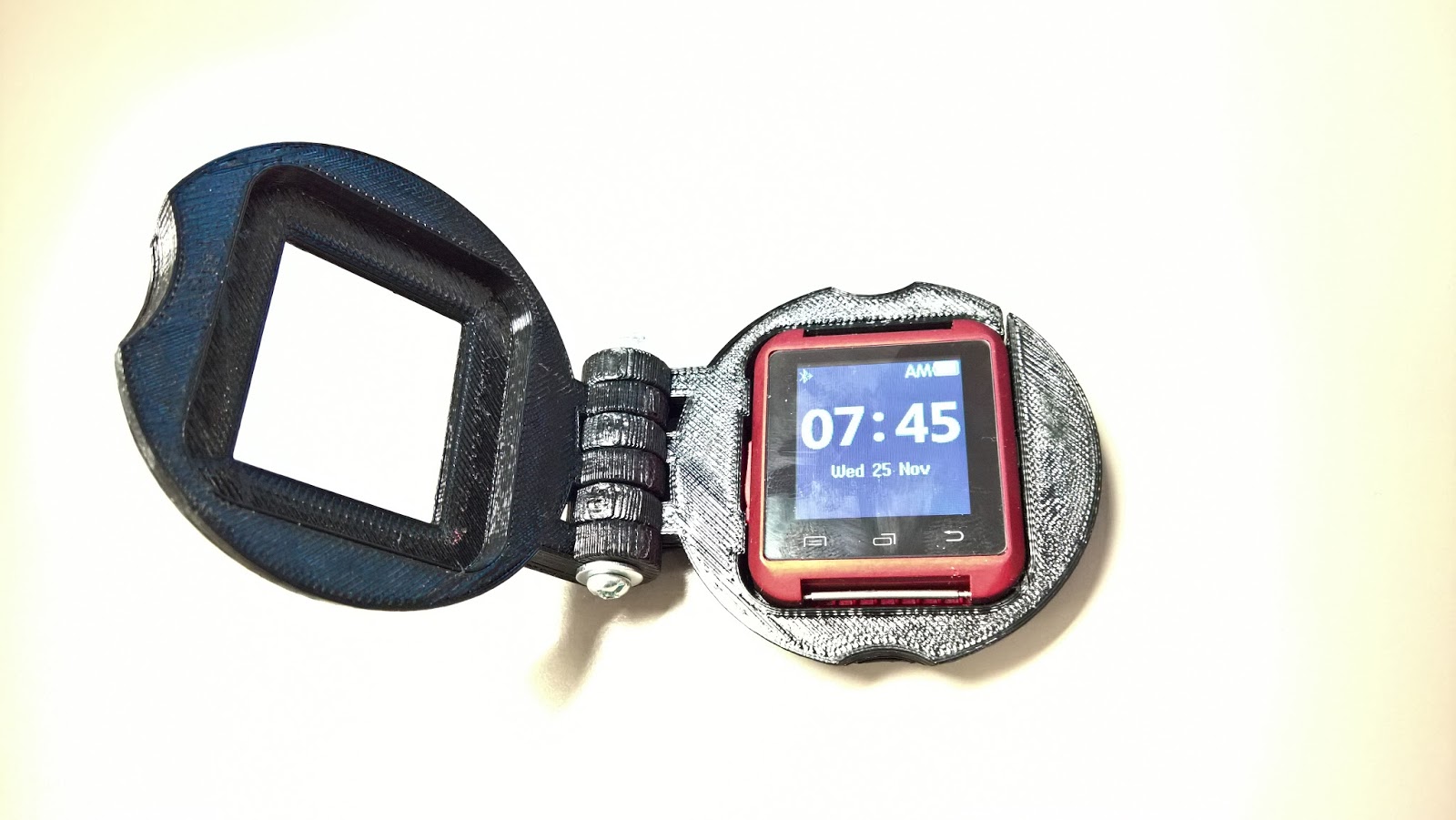