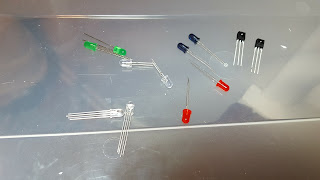 Component leads right next to one another had to be insulated to keep them from shorting. Heat-shrink tubing was placed around each lead, including the ground. Insulating the ground wasn't necessary since the rest of the components were covered but it seemed logical to protect it anyway.

Every component in the first tagger which wasn't in the forward array, was given wires. This was the reload button, trigger switch, and RGB LED. The IR components were not wired yet.

The end of the wires connecting to the computer were given DuPont ends so they could be rearranged on the pins as desired. Connecting this way gave a modestly reliable connection but made it as easy to change locations as a breadboard. 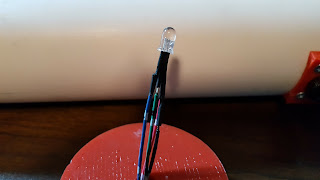 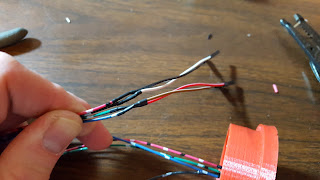 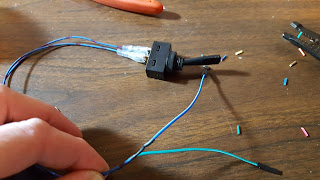