In the last episode, I had all the troubles. Stuff fell over, computers didn't record, microphones brushed on clothing. It was a disaster. This time, I consolidated my equipment, the way Tim does, and I had no troubles other than buying the hardware, like a webcam, to do it. The show was less stressful and I hope that shows in my performance. Here is our unedited video recording of episode 48 and here is the show page for the edited podcast with episode 048.

Smart device charging isn't as simple as putting five volts through a USB cable. A few nifty devices by an intrepid hacker show what's necessary to get your devices charging correctly. 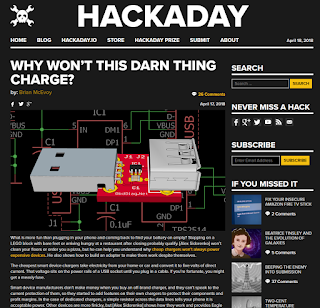 Why Won't This Darn Thing Charge?

Thermal printers are cool but only one line of them says Game Boy and carries the distinctive gray case. They have been hacked in the past, which is still cool, but this hacker managed to document the journey pretty well for anyone who wants to walk down that road. 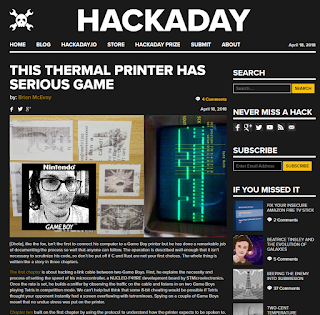 This Thermal Printer has Serious Game

MIDI interfaces bring the studio feel to the home computer, not to mention they can make digital audio work more intuitive and faster. Surprisingly, they can be simple to build because MIDI is a well-documented protocol with lots of examples and support. 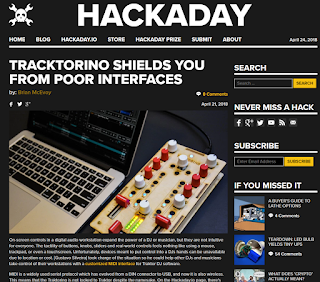 Traktorino Shields You from Poor Interfaces

I got to play around with words while writing this article. It was about evaporative cooling which is how our bodies cool down, sweating. Adding water to a computer processor is usually dangerous and makes people sweat. It was a fascinating article I received from IEEE and a Wikipedia image of the insect which inspired the technology. 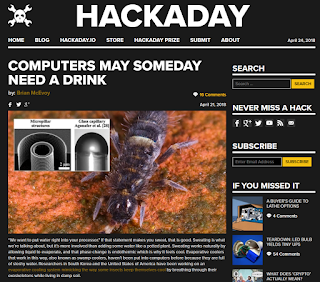 Computers may Someday Need a Drink