Tim took the lead for this episode since he was the experiment and I was just the control subject. We studied weight loss by taking progressive and traditional approaches to dieting. Tim and I had wildly different results although we both lost some weight.

Here is our unedited video recording (38:10) and here is the show page for the edited podcast with episode 052.

Despite all the attempts, no one has made an unobtrusive wearable keyboard. Not at a commercial level that I'm aware of. We can sense hand position with external devices or we can detect our hands with bulky gloves. We're still not there but some researchers were able to use a discreet device that had enough resolution to detect the hand positions of ASL one through ten and a dozen other signs. We're getting closer to undetectable keyboards, but we're not there yet. 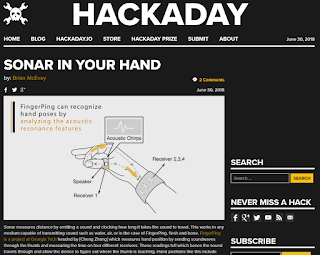 Sonar in Your Hand

The UHFImplant components were selected and assembled. The necessary components were an Arduino and the scanner but one relay was also going to be vital so a board with four relays was added since it fit nicely and the other relays could be useful. A screen was added. While there were plenty of open IO on the Arduino, an I2C style screen was selected so I could learn to use them. 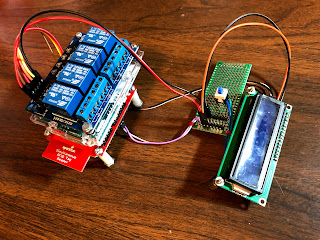 An electrical box was selected as the preferred enclosure since it would be large enough for the components, anyone could find one, and they are easy to modify with a drill. The Arduino, scanner, and relay board all needed a footprint for mounting posts while the display got its own. The computing cards were elevated to promote air flow and the screen was elevated to keep it easily visible. 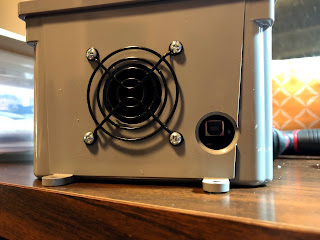 Box with all kinds of holes

Programming was done over the course of several days so the scanner could display tags on the screen as they were presented. Another breakthrough was recognizing tags which had been hard-coded into the program. This will become necessary as the system is used for security although hard coding tags will have to be phased out.