September 29, 2018
In the previous iteration of the fan, all the LEDs were going to be mounted on a single board. Due to the daisy-chaining nature of the lights, this would be simple. Unfortunately, this would also be a costly board to build, which was unnecessarily large, and therefore heavy. The LEDs were removed in favor of ordering an LED strip to attach to a minimized board. 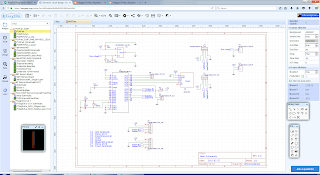 After the schematic was revised, the board was organized. The most noticeable feature is the large hole in the middle of the board. This hole was meant to become a thumb hole which was sized to fit a standard ball bearing set. To keep the autorouter from putting traces under the bearing, the hole was enlarged when the router was operating so it knew to stay away. 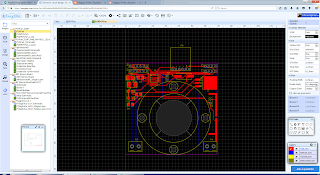 Years ago, Frank Swain on the biohack.me forum posted a neat project about hacking a hearing aid to relay sound information about local wifi activity in the fom of beeps and taps. The result was meant to be part art and part augmented sense. I happened to recall the project so I covered it as a Hackaday article. 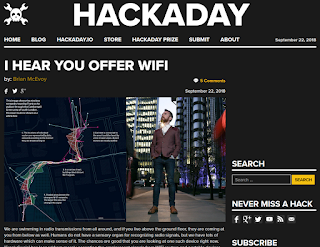 I Hear You Offer Wifi

On the IEEE Spectrum site, I read a neat article about how submerged craft could get a signal to an airborne craft without any buoys. The premise was to use soundwaves to vibrate the surface of the water enough that precision radar could pick up the vibrations and translate it to a usable signal. 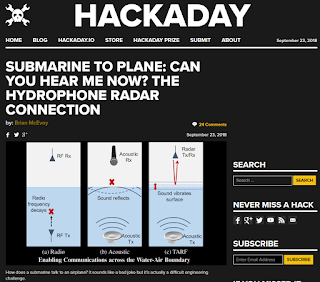 Submarine to Plane: Can You Hear Me Now? The Hydrophone Radar Connection

Robot grippers are still primitive compared to our hands. This team sought to give them some of the dexterity when it came to manipulating an object already being held. Our hands do this well since we can alter the amount of pressure, and therefore friction, on an object. This robot gripper applies that principle with materials which have different friction properties. 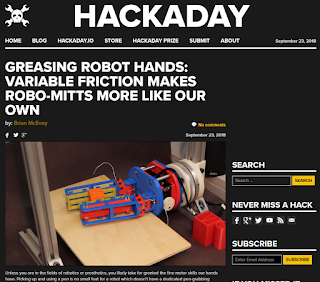 I came across a clip of this counter on 9gag and thought it would interest the Hackaday readers and the comments supported me but they weren't talking about the things I thought they would discuss. They were positive so it was a happy surprise. 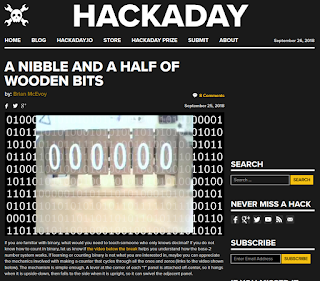 Nibble and a Half of Wooden Bits