November 24, 2018
When I saw that lasers, gold, and silk were being used to seal up wounds, I wanted to show that off. It ticks all the boxes of a noteworthy device from exotic materials to buzzwords and a sci-fi quality. 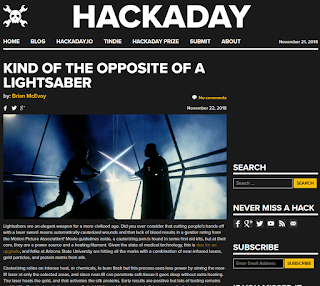 Kind of the Opposite of a Lightsaber

The first time I saw this device in action, I thought it was neat. The more I thought about it, the more I realized the level of creativity needed to make something that worked so well with only a few parts and was immediately recognizable to anyone who saw it in action. Like the commenter, Khai Bach said, "the KISS Principal in action." I could not agree more. 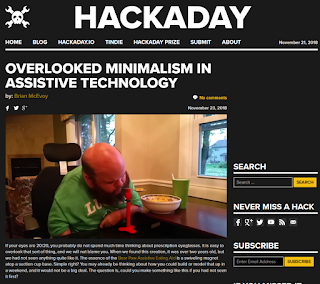 Team Magnet Fish Spectacular entered the final stages of coverage this week unless the project goes to another event like Maker Faire.

We reached the stage of fish construction where they looked like characters, not just hacked together bowls. They had so much personality that one team member asked if they all had backstories. I couldn't resist so I took a couple of minutes to write a quick story for each of them. This was posted in a group chat 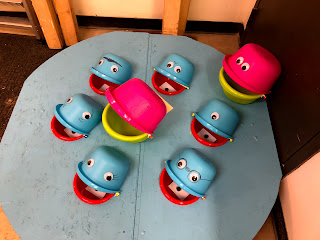 Fish who are nearly finished

My task of moving the motor was not going to be a slapdash affair. I spent an evening figuring out the motor control circuit and all the physical connections which would be necessary. To keep things neat, and reduce stray wires from causing unwanted problems, the stranded wire for the power circuits were given crimped ends. 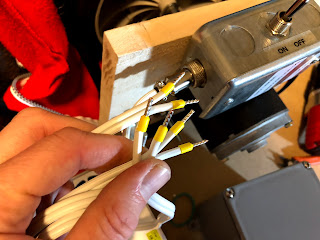 The hackathon arrived, and the team had an all-out day where we hacked for a solid eleven hours. Angeliki shined as our captain, and I delivered a moving motor, although there was not enough friction between the motor and the platform so that will need to be revised if this is going to be shown off again. 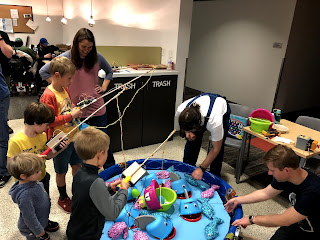